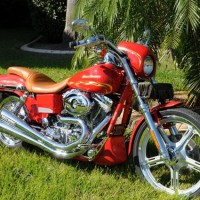 Factory built by Harley Custom Vehicle Operations in Pennsylvania. Only 1400 of these bikes were produced, they were the test run for the Screaming Eagle range. Harley were experimenting with short production factory custom bikes, "testing the market" They were so successful that all the production run was sold prior to their release. My bike was purchased in Oct 2000 & built in Feb 2001. It has traveled about 5000 klm & is totally original. The exhaust pipes are a one off build by Hooker Pipes for Harley. The gold flames are 23k gold.I have the original sales literature that states "A car would have to be upside down & on fire to get this much attention" 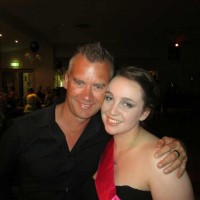