None, she is stock as a rock. 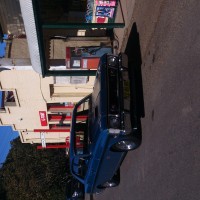