I purchased this from a dealer in Canberra late 2019.
It was sold originally in Sydney and travelled between the mid north central coast and Sydney before being sold into Canberra where it had two owners.
I am the fourth owner and very happy with my bahn storming wagon :)

These cars were right up there for specification and options at the time and were priced accordingly.
Standard spec included bi-Xenon headlights that swivel when turning corners, full electric front seats with heating to both front and rear seats......and that flappy paddle gearbox :P
Mine has had brushed aluminium paddles fitted which look great.

Central muffler delete with custom 3.5" twin system back to bi-modal mufflers at the rear with dual tips each side........the noise it makes, my god!!!
Quiet mode is for the missus because she doesn't like being looked at every time she drives it :D
It does drone under light acceleration and normal driving, but when you allow it to rev to at least 3000rpm before changing it just sounds glorious. Never thought I would say that about a V6 engine but these VR6's are very different to any other V6 I have heard.

The only mod I have done is to add some nice tinted door weathershields. 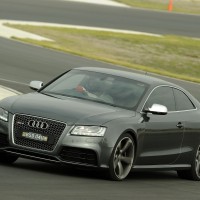 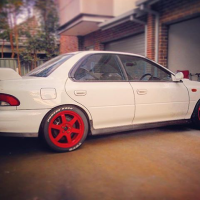 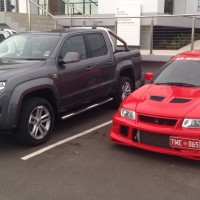