My Dad bought this from a neighbour in January 2010, not realising what he was getting us into....
The ute had spent over 20 years sitting in a wheat paddock in which time the back window fell in and was the cause of the parcel shelf and floors being mostly eaten away.
The previous owner had bought it as a non-goer in the 80s and had never bothered to get it started, thinking he would get around to restoring it someday.....
Well, someday has come, and this once rust ridden ute is now rust hole free, having undergone a total body off restoration.
The body is done, the chassis is restored now and we should have it home mid 2013, fully painted and ready for assembly.
These are awesome looking big old utes and the sidevalve V8 sound great :)

We have also had an original three speed manual with overdrive gearbox totally rebuilt, should make the 4.10:1 ratio diff more highway friendly.

Update 22/4/2013
Took delivery of a new set of Flatattack Racing Heads and HPC coated extractors built by Mike Davidson in Victor Harbour, S.A.
Mikes heads that he designed and developed himself are similar to the traditional branded performance heads you can buy from Offenhauser or Edelbrock for example, but offer a revised combustion chamber and plug position for improved performance. The thickness of the heads reduces the amount of transferred heat to the enlarged water galleries which flow a lot more water than any other head on the market. This will go a long way to reducing any possible future overheating problems.
The partial polish on the heads looks great and the headers, HPC coated by Pacemaker in Adelaide will match nicely.
Next we are waiting for Mike to completely rebuild two 8ba Holley 94 carbs for us, matched for the application with correct size jets and power valves, the carbs will be polished up and dipped to make them look brand new.

Huge thanks to Mike Davidson for all your help and expert advice, he can be found at the following website:
http://flatattackracing.com/
Looking forward to seeing and hearing your Streamliner thundering across Lake Gairdner in Feb 2014!!!!

Update 22/8/2013
The body is finally painted!!
Should have the body and the motor home in the next month to begin putting it all back together.......

Update 21/09/13
Picked up our freshly built motor from Heath Oâ€™Brien in Swan Hill.
The motor looks awesome and without a proper carby tune is running nicely.
Sounds so sweet through the extractors :P
The body is almost home, currently being treated to a final polish before coming home for the reassembly to begin.

Update 22/11/13
Well, that polish took 2 months but the ute is finally home, in the shed awaiting reassembly.
We have decided on a US Crestline themed interior fit out similar to what the Skyliners had in 1954 with a canvas tonneau to be made to original specs.

Update 10/12/15
Recently the motor has been fitted to the chassis with some engineering solutions and fiddling required
to fit the overdrive gearbox. Tailshaft made and fitted, radiator rebuilt as a 4 core.
Still gathering some final parts and waiting for the painter to be ready to repaint the whole ute.......lots of issues rose to the surface.

Here is a tip for any painter that takes on a job they know they can't achieve, don't have the time or skills for or generally just enjoys talking crap.......say no, you don't want the work!!!
Leave the punter to find a painter that CAN do the job.
Suffice to say we had the second paint job stuffed up by a professional shop that promised everything we asked for and delivered none. Managed to ignore the paint code and name supplied to them and successfully (idiotically) repaint my ute in a different shade of red. Orange peel to rival a new car was the icing on the cake.
Wish I could name the man and the shop to ward off anybody else smacking their head against a brick wall. Thanks for nothing dips**t.

Back to the update......and some progress!!! Fitted the freshly HPC coated full dual exhaust on the weekend and fired her up :) Bloody beautiful!!!
Thanks to SPS Performance in Mildura for building the system for us and to Ceramic Coat Australia in Adelaide for the shiny finish!!!
Wiring is next, laid out ready to be fitted up :)

Update January 2019.......
Ute is wired up with only a few small things required to be complete, mock up dash to be swapped out for shiny painted version, etc.
Off to the upholsterer in Mildura in February :)

Update January 2020......
Almost there!!!!
The trim was completed in November 2019 and since then I have been working on the myriad small details and fitting little pieces to make the ute complete, stainless trim, badges, overdrive controls....etc.
The interior trim looks amazing and is a testament to the skills of Jarrad Saleta that tackled the job by himself, apart from the audio install that was handled by Michael Corey of Stealthtech.
All that is left is to buy the white wall tyres for the original 16" rims, have a tonneau made, fit the original valve radio and dash clock......get it tuned.....and probably a hundred small things I can't think of right now :D 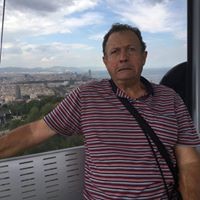