This car originally belonged to Ivor Novello, a British movie star/singer/songwritier. He was arrested in this car for rationing fraud. After his death in 1952, it was bought by an admirer and shipped to Africa (Rhodesia) for an extended safari. Eventuall it returned to the UK where it was sold for use as a taxi, then bought by a British Army Colonel. It was sold to the USA where it was a promotional vehical for an upmarket restaurant, before being bought by an oil company executive, who sold it to a collector on the Gold Coast. It sat in a shed for 20 years before I bought it and shipped it to Tasmania. 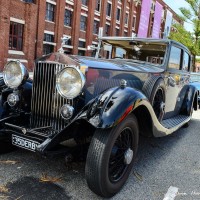 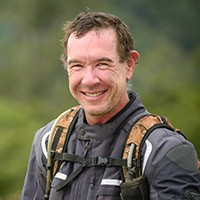