Had my Charger since year 2000. Found the car through an obscure advert in the old trading post paper. As soon as I saw the light blue ducktail and boot lid protruding through the old tarp that was covering it... I knew that I just had to have it.
I put a $200 deposit on it and came back to pick it up a week later with my brother.
The owner told us that he hoped we had brought a trailer as it wasn't drivable. My brother took over the situation asking for the keys.... He started her up and drove it out of the back yard where it was resting under covers.
He floored it down the street in a cloud of smoke blowing the old cobwebs off her. When he return there was no more smoke and I let him drive it home.
During its time with me it's had the trans rebuilt, motor rebuilt and general maintenance to keep it running.
The body and interior need attention now. Lack of funds sees it in its current state... But it still brings a smile to my face as I cruise it down the road with that sweet rumbling sound of that beautiful 318 V8. 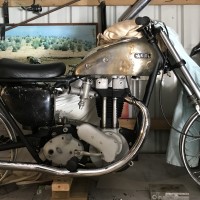 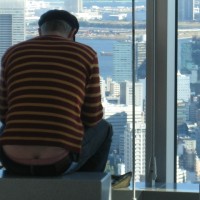 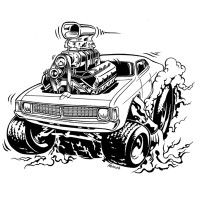