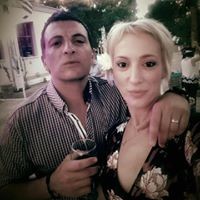 Was an old 80’s GT replica, a friend had bought in the 90’s. A factory sunroof XY. He sold it to a guy in Perth around that time and it came up for sale a few years back. I bought it thinking it was as nice as it was back then, but boy was I wrong. Quite tired when I got it and disappointed with the touch ups over time, and some small rust coming through around the body. It was a teal glow/electric blue mixed colour, so I stripped it thinking I would just freshen it up, but 2 years later and it turned out to this full blown resto! Corrected virtually every nut and bolt, and painted it factory correct Electric Blue. Restored everything else with some minor mods and now she is mint!

9 inch shortened diff, moser axles, motiv 3.9 gears and Trutrak center, running on Convo pros.
393 stroker engine, rebuilt top loader and fresh 16 gallon tank instead of 36 gallon.. I don’t think anyone ever fills the 36 and was sick of petrol splashing around the tank at half full..
Full gloss blackouts, flow coated 2 pac paint, because there’s enough Matt blackout GTs roaming around..:) 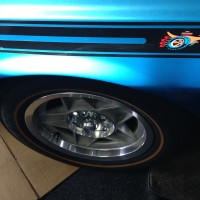