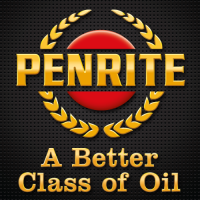 The Indianapolis Motor Speedway was affectionately known as "The Brickyard" due to its original 2.5 miles of brick laid track saw its first 500mile race in 1911. The winner, averaging a speed of 74.60 miles per hour completed the journey in seven hours.

Eighty years later, a Penske PC - 16 chassis fitted with a Ilmor designed Chevrolet sponsored 265A engine averaged 176.457 miles per hour over the same 500 miles at the same circuit, albeit now devoid of bricks.

The names Penske, Newman/Haas and A.J. Foyt are household names in the world of Indy car racing along with drivers such as Fittapaldi, Unser, Andretti, Tracy and Rahal all these drivers achieving notable victories over a considerable number of years.

To be successful at racing Indy cars it is said "requires the right balance of chassis, engine and driver"Â. Between the years 1986 and 1992, this balance was achieved with the Penske designed - 16 chassis and Ilmor designed Chevrolet sponsored 265A V8 engine.

Four cars were built for the 1986 season, this being the fourth. Originally race under the sponsorship of Millers Beer and driven successfully by Danny Sullivan, the car is now presented in the livery if the Marlboro Penske team of 1991.

Its extremely rare to find a Penske car so far from home as Roger Penske very rarely lets any of his cars go into private collections usually putting them into his own private museum when their racing days are over.

The current owners purchased this Penske PC-16 in the USA in 2000 and brought it to Australia. Although complete, the car hasn’t run since its racing retirement.
Penrite is proud to have this Penske PC-16 as part of its collection.