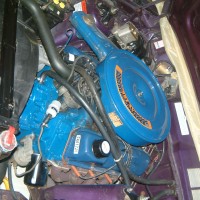 I bought this of the gent that bought it in late 1973 who bought it with 700 miles on it. I have given it a partial restoration,carried out rust repairs, and renewed the factory vynl roof. It had been stored since 1986 and had no exhaust left on it bar the extractors that I have been saved. It had a NOS factory exhaust(in the boot) that I put on the car to get registered. It is one of 6 RPO sedans with a vynl roof but I have never seen another with a Beige roof and saddle interior (very 70’s). I have maintained it and added some extras over the time I have had it.
The car never had an optional radio when it was built, but a sterio in it when i bought it, so a blanking plate was sourced for the facia and the ariel hole welded up when the front guard was repainted.

The car was modified a bit when i bought it, Selby rocker covers, a Mallory twin point and a Eldelbrock air cleaner. Luckily all the Fomco stuff was in the boot so was put back to standard. it also has a Sig erson came in it to phase 3 specs but I have left that in it.
Recently I rebuilt the Factory Ho 780 Holley and replaced the water pump. Luckily I found a date correct ford cast iron USA exchange one and put it on the car. I changed the brakes to cross drilled rotors and Ultimate pads(stops way better) and uprated the front shocks but have kept all of the old stuff that I pulled off.
I recently added an Aunger rear louvre and drivers and passenger weather shields.
The car had 8 inch 12 slotters on it (chromed) which were the 1973 date correct small hub 12 slotters(which had been widened) so I had them de chromed, painted argent silver, and found some correct trim rings and restored the GT centres which came up a treat.
Just got back a Ford Australia "marti" report and the car is 1 of one with its Violet exterior colour with saddle (in a sedan) and it the only one optioned with a beige vinyl roof (very 70s!). 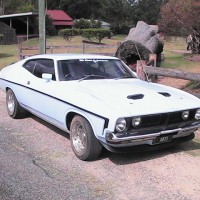 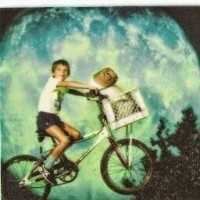