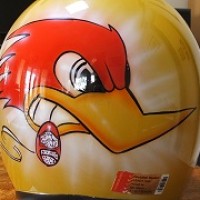 Oct 2010 - Verified Original turnkey car built by Meyers Manx Brisbane in the 70s on a 1961 Beetle Chassis in original ex factory condition.
Has original pre QLD Transport (Dept Labour Relations) Modification approval paperwork.
Purchased late 2010, with the intention of a tidy up and daily use. 3 Months later I decided a full body of nut and bolt resto was the right way to go to give this car a long future.

I re did the engine and transaxle and then she comes totally apart from here for a full rebuild.
Stripped back to a bare chassis, galvanised, Rhino coated, tared, then rebuilt 1 piece at a time front to rear.

The white body is rubbed back, 120 small holes filled from 3 1/2 Decades of additions and changes and off to get paint, it will come back 1976 Torana Orangeaide.

April 2013 - Full under dash Stereo is in and total fully soldered, braided and heat shrink loom end to end fitted with all new components including full circuit breaker system.

Aug 10 2014 - Been off work and off the Buggy Project for 10 months with a severe illness, just got the car out from undercover and getting back to it, hope to finish it before Christmas.

Aug 20-24 2014 - did a huge week on it, engine run for the first time, all finished except for front seats to go in and hardtop to be fitted.

Dec 11 2014 - Rang Shannon's and had the Insurance changed from Restoration to Registered on the road in anticipation of all going well tomorrow.

Dec 12 2014 - Registered on the 50th Anniversary of the Meyers Manx, now its time to go have some fun and drive it

Sept 23 2017 - Have now clocked up 2089 ks of fun in almost 3 yrs, with religious 6 monthly oil changes, I almost 1 for 1 tank of fuel tooil change, but the oil is the cheapest preventative maintenance on the planet. 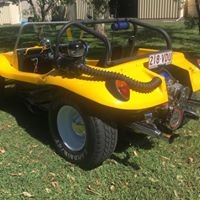 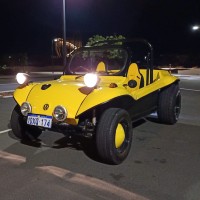