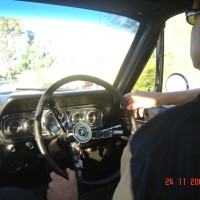 I didn't actually own this car, it belonged to my friend Dave Thwaites who lived his dream when he bought it and brought it over from the US, I was just priveliged enough to look after it as it used to be stored in my shed at home.

The car has an interesting history, Its chassis was originally owned and raced by the famous Tom 'The Mongoose' McEwen in the '80's NHRA championships as the 'Coors Corvette' Funny Car (see photos). McEwen built the worlds fastest '57 Chevy, this is its sister car taken from the same mould. It was fabricated by Steve Pluger & sponsored by Danchuck Manufacturing and ran by Jerry Moreland (see photos). All the chrome garnishing is actually the amazing airbrush paint work of the legendary Kenny Youngblood. The engine was one of the experimental Quad Cam Top Fuel engines of the Aussie McGees, these engines threatened to topple the dominance of the traditional Hemi based Top Fuel engines in the US and were subsequently outlawed by drag racing officialdom.

The car is now well known as 'NITRO EXPRESS' owned by Rocket Industries Graeme Cowin and driven by his son Andrew at nostalgia drag meets. 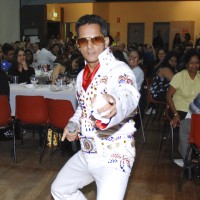