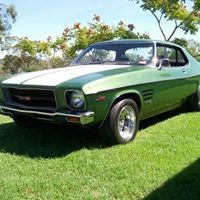 This HQ Monaro was built in very late April 1974, the Monaro was originally sold through the Les Eaton Holden Dealership in Phillip, ACT. The Monaro is a factory GTS 308, 4 speed car (80837 - L31 / M21 / GV2) and was optioned with a radio and rear power areal. The HQ was purchased back in February 1986 by my younger brother from Raymond Motors Supa Carz (this car yard was opposite the PA Hospital in Brisbane, Qld). As my brother had just turned 16 the month he purchased this Monaro the car was then de-registered and the Monaro remained unregistered and in dry storage in a garage, I purchased this Monaro from my brother's estate and the Monaro remained in storage and unregistered for some time until being re-registered in early 2009. The car has not been restored and has only traveled 117000 Km as the car was in storage for over 23 years. The second photo was taken back in 1986 just after the Monaro was purchased, the condition of the car remains the same today. This Monaro may have spent some time in the Gatton, Qld region in the early 1980's, any history on this vehicle would be greatly appreciated. 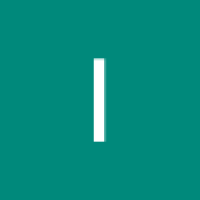 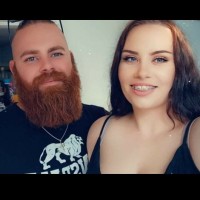 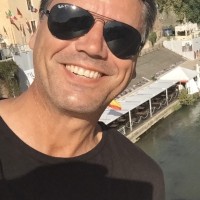