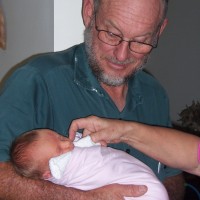 Chev started its life as a Butchers delivery van at Edgcliff in the Eastern suburbs of Sydney before being sold to the gentleman who serviced the van. He eventually moved out of Sydney to Manilla where it remained until I purchased the van from his wife in 1989. It only had 63039 miles on the clock.

The van is as close to original as I can get it. The only modifications done to it over the years prior to my purchase was the barn doors on the rear were chaged to tailgate & window similar to station wagons & a bucket seat arrangement. Other things that I have done were to improve the braking with the addition of a booster, larger fuel tank ( for longer trips eg Adelaide, Perth ), side exhaust to accommodate the tank change, modified head to suit the unleaded fuels that we now have. I will most likely add a few more modcons to make longer travel a bit more pleasant. 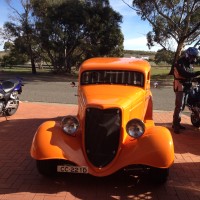