One of only 2,835 Chrysler New Yorker two-door coupes produced in 1960, which made it a very rare and beautiful car. The 1960 Chrysler models were the first to feature uni-body construction and Virgil Exner's styling was truly 'space age' with enormous tail fins that started half way along the doors. Plus there was the 'Astro Dome' dash with its 'electroluminescence' lighting and lashings of chrome and stainless steel body adornments. An incredible era in automotive design that will never be repeated.

I bought this car locally in 1998. It underwent a full back-to-bare metal restoration not long after, during which time I discovered the body was arrow-straight and virtually rust-free throughout. The resto took several years during which time I'd started a family, so it was time to (reluctantly) find this beautiful lady a new home. She was sold at a Shannons Auction in 2006. 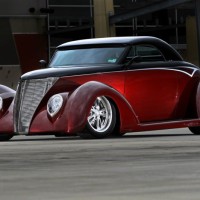 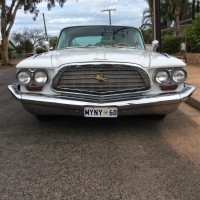 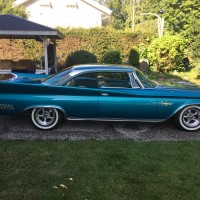