I purchased the vehicle from Jeremy Best from Cummin's Classics as a present for my wife's Birthday.

My wife has always liked Stags.

The car remained with Jeremy for 6 months, as my wife's Birthday was in January and the car was purchased in July of 2016.

This was Jeremy's personal car.

The car is originally from the UK and it is original and a survivor car.

The car has an amazing story.

We have included pictures of the original documentation, which includes original invoice, original cheque etc which demonstrates the attention to detail from the original owner.

We even have photos of the house of the original owner and the dealership of where it was originally purchased when new.

It was featured in Survivor car Australia magazine and Oversteer.

The car is lovely to drive, and we take the car to Jeremy every year for a service, which puts a smile on Jeremy's face every time he sees the Stag.

My wife and I really enjoy going for a cruise when we have time.

The car is garaged and looked after.

The are no modification, except the wheels that are currently on the car are a later model. I still have the original wheels. 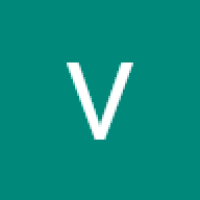