Built in England in May 1968 and sent to Dodwell Motors in Hong Kong a week later. Sold to a couple who brought it to Sydney with them. Some time before 1971 they had an accident to the front lh. Took it to Mini Kingdom and sold it to Mr Schmidt. He then sold it to a gentleman from Tenterfield who repaired it. He eventually swapped it to a collector at Grafton for a car for his wife. Sometime after that it turned up at The Classic Throttle Shop in Sydney where I bought it about 3 years ago.

LED lights in Tail lights and front parkers. Converted to Negative earth to fit the LED’s and eventually a hall effect distributor. 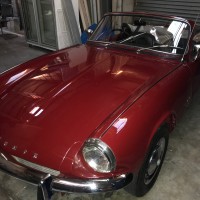 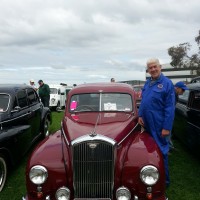