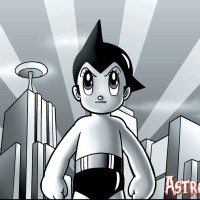 This little car first rolled off the assembly line in France sometime in March, 1959. At the time the first owner had placed a special order for a PO edition of the 2CV AZLP as they had the intention to take her with them to North Africa (Algeria). The ‘PO’ refers to ‘POussiere’ (dust) or ‘Pays Outre-mer’ (overseas) and were sold in very limited numbers as they were special orders for export only.

The PO was designed for more rugged terrain with the front and rear axles strengthened and better protected, an ‘oil bath’ air filter, which allowed the filter box to be filled with oil to help filter out sand/dust particles, and an enlarged tubular steel front bumper (which is similar to the later Safari bumpers). along with several other minor special features. Unfortunately, Celeste never made it to Africa, and she was sold late in 1959 to someone living in France, who drove her until 1981 when she was parked in a barn and left.

In late 2017 she was sold again, and the new owner started her restoration. After close to a year, which included body off with rust repair, a completely new braking system, new engine electrics and lots of other refurbishments, she was ready for the road again. During the restoration it was decided that since the bodywork was in pretty good condition, with only some surface rust, Celeste would not be resprayed. Instead more than 40 hours of waxing and polishing went in to preserving the great patina. So, she looks every bit of her 60 years of age, but with all restored or new mechanicals and structure underneath.

In March 2019 she was sold again to an Australian living in Paris. Whilst in Paris she was regularly called up on provide tours of Paris by visiting friends and was the centre of attraction everywhere she went. She spent most of 2019 living in and exploring Paris and the surrounding countryside before starting the long journey to Melbourne, Australia in August 2019.

On her arrival in Melbourne 3 months later very little needed to be done to get her ready for registration. Swapping the (new) seat belts over for ones with the Australian Standards stamp on them and a new windscreen was pretty much all she needed. A testament to the work done on her in France.

Now you can expect to see her tootling about Footscray and inner Melbourne, where her owner lives, and sometimes around Barwon Heads and the Bellarine Penninsula where she goes on holidays and also the various car events on around the state. 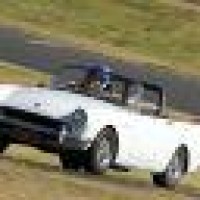