Bought partially restored from an old gentleman at Singleton, the vehicle still needed a lot of work to finish it off. I kept it in storage for around 8 months until I had the time to start on it. Completing it took around 6 months. Some of the work included removing the engine to strip back and re-spray the firewall and engine bay, re-doing the full interior including removing the entire dash to re-spray it to the matching colour, re-bushing and lowering the suspension. The bodywork was good but the paint had not been cut back from it's re-spray so it was machine cut with 3M compound and then polished.

The vehicle has only had mild modifications to bring it up to more modern safety levels such as fitting an alternator, halogen headlights, power brakes, blinkers and seatbelts. The engine is a standard 272 Y block but it has been fitted with later model heads and inlet manifold, 350 Holley carby and an Autolite distributor. A set of 15 x 7 Coys mags finished it off nicely 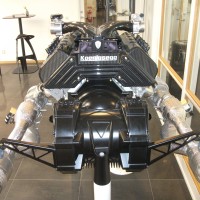