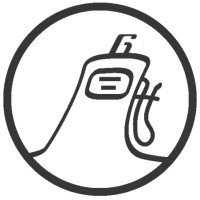 Oh how I loved this vehicle. My mate Ross bought it as a repairable write off, having a few hassles getting it through rego. The bonnet was black and the dials didn't work properly; they wouldn't pass it with the black bonnet!

In the end, he got it through with a MPH US-spec speedo, JDM front bar and US-spec indicators, but it got through. He bought it as a sensible daily driver but got bored of it. I had a 2005-ish Swift I had inherited from my Mum and couldn't get comfortable in it, so I sold the Swift and bought the Lexus for $1500 and a laptop.

We had it from 2010 until late 2015 and man, what a great car; it was the vehicle we brought our newborn son home in in 2011 and took us to Melbourne and back when he was two weeks old.

It drove so well; so quiet, so smooth and when you squeeezed the power it, it was fast-as. Flooring it just meant it didn't want to move; it was very strange. You'd pull out into traffic with a full boot and be yelling "MOVE YOU BASTARD" but if you showed restrain and elegance on the throttle, you'd have the rears spinning like a meth-up bogan on payday.

The only time it failed to proceed (except for the balljoint mentioned below) was on Christmas Day, when my wife was in hospital having had chemotherapy and I was trying to entertain my young son and my cousin; we broke down on Portrush Road, one of Adelaide's busiest roads. The problem was only a crusty battery terminal, but it mean the electrics wouldn't work and we couldn't even put the hazards on!

I was chasing a weird noise in the front end and replaced the front balljoints with some brand-new, Chinese knock offs. A few months later, my wife, who was daily driving the car and LOVED it, I might add, was driving through Hawthorndene when it dropped a balljoint and became stranded in a park on the side of the road.

It took two RAA trucks and an overnight rest in the park to get the thing on a flatbed and to my mechanics. He re-installed the original balljoints, which I'd kept for some reason, and we were on our way.

We then started getting weird electrical issues; the headlights would flare up and down in brightness for a start. We also had to get a custom set of extractors made for it as the exhaust manifold was suspected to have cracked; a common issue, however the exploratory costs were so great, we were told we may as well replace it.

The US-market items were a different shape to fit LHD and there were no off-the-shelf replacements, so we ordered up a set of extractors to fit '1UZ', however they fitted the SC400 Soarer, not the LS400. It took a lot of modification and costs, plus a pair of new cats at the same time, to solve the issue of the weird exhaust noise we were getting.

Then there was the time my wife returned to her car at Bunnings and started to complain the remote didn't work. "That's not your car" her dad kept repeating. Then she started getting triggered over a dent in the quarter. "THAT'S NOT YOUR CAR!" he said again, finally getting through to her.

What are the odds; two 'midnight indigo pearl' 1994 Lexuses (Lexii) in the Bunnings car park at the same time, next to each other. 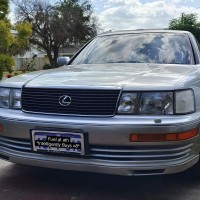 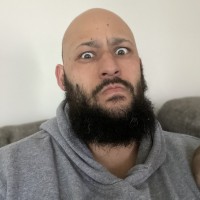