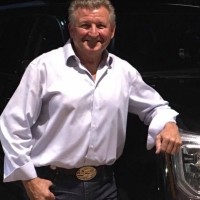 Well...what do we say about this car? I am a Blues Brothers movie tragic...having watched the movie over 100 times. The Jake & Elwood "Blues Mobile" has certainly become a cult car - even rare now in the United States. This is a 1974 Dodge Monaco Custom sedan, powered by the 360 V8, obviously the little brother to the neck snapping 440. Having said this, the 360 sounds the goods, and the body of this car is immaculate. It is a rust-free car, with just 32,000 original miles on the clock @ time of writing this. Some elderly people owned the car originally - and a tell tale sign is carpet off-cuts from their house (orange) used as floor mats. As horrible as they looked, draping over the Dodge blue pile covering - the original floor carpet is like new. My good friend Murray Park from Ohio reluctantly sold me the car, stating that "if it has to be sold Fletch, I want you to have it" - it goes without saying that THIS car, like my others, are in a good home. Cheers Fletch :-)

Trim
correct to be confirmed

Colour
correct to be confirmed 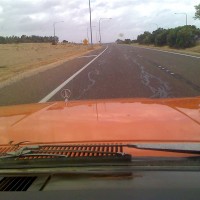