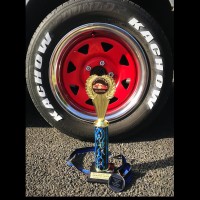 The story behind this car is a very intriguing one.

I occasionally was seeing it driven by an older couple in a nearby town to where I lived and whenever I had the chance to see it I was always fascinated by it as I already had one of these cars in the exact same Champagne Gold colour known as Elegant Beige which is one of the rarest of colours that these cars came out in and I would always notice the owners having a look at mine in passing.. My fascination was so large that I would always turn around in hope I could find where they went in hope to have a chat with them and see if they’d sell as I was not used to seeing one the same colour let alone still in good condition and to be quite honest I needed it for parts but sadly I never managed to track the car down and if I did the owners were away from the car. I even waited in a car park parked next to it for an hour just to catch the owners to no avail and then soon enough the car disappeared and I was no longer spotting it..

This had me worried but a bit of time went by (a year or two) and I ended up getting my Camry wagon and not long later whilst in the hospital after my son was born I get a phone call from a couple of family members who worked together at the wreckers in the town it was from telling me that a gold Kia exactly like the one I already had was dropped off at their work by an older couple who were the original owners saying they no longer needed it and they were welcome to have it.. So once I had a spare minute I travelled right over there for a look and one of the office guys who spoke to them told me the story about how they only accepted it from the couple because they knew I needed a few panels and it was literally driven there as is and was now safely sitting in the back corner of the yard. So I went down there and the first thing I noticed was the distinguishing marks and pinstripe that reminded me of the one I’d been chasing down and upon doing a vin number check for the original rego I couldn’t believe my luck! This was the car I’d been trying to get for so long!
It was then one of my family members did a mechanical inspection on it and said this is not to be pulled apart, it’s a gem so do what you do best by cleaning it up.

So that was that I had another new car. The 2nd in about 5 weeks and what was at the time a 4th in the collection. Once I got it home, I gave it a really good clean and detail and put it away in the garage for a rainy day as I’ve had other projects to worry about first.

I’ve now had the car 4 years and it’s just the same as it was from new like when I bought it. I have not touched a single thing on it except for changing the stereo in the dash to something more new. But I kept the original tape deck that was factory just in case I wanted to swap back.
Everything on the car other than the head unit/stereo is factory original right down to the hubcaps and mudflaps along with that although they’re worn it even had the dealership stickers, original mechanic business stickers and even stickers that were put on it by Kia when new which I plan to get all remade. It even has factory red and grey pinstripes around the car.. The only thing I sadly don’t have is the owners manuals and books as the original owners kept them for a keepsake.

I admire the couple who had it for so long as they’ve kept it running and driving like new all these years only taking it out for shopping and church a couple times a week. The car only has 144,000kms on the odometer. It’s such a time machine compared to my other one the same even though they are both the base model.
As far as I knew these cars came with 3 options (air con, power steering and alloy wheels) and this one only missed out on the 3rd option of alloy wheels whereas my other one you’ll find in my garage only got the air con.

The only thing I want to do with this one is clean up the car park and shopping trolley dings in the panels, fix the paint flaking issues on the bumpers which is very common in these and then if I’m lucky enough to find them all, I want to deck it out with all the factory grandpa things such as a dash mat to protect the dash as they are known to lift from sun damage in these cars and this hasn’t yet, headlight protectors, a bonnet protector, front and rear side weathershields, a rear windscreen sun visor and a boot spoiler. I also want to hunt down the factory alloy wheels so it’s a fully optioned base model and then eventually put it on a club permit although I do have very fitting custom plates in lace doilies pattern that say NANSPC which means the car is done to Nans specifications.

Besides the number plates and the change of stereo I’ve only painted the writing on the tyres for the old school look. I have no real other plans to modify the car at all unless it’s factory modified with what I’ve mentioned above. It’s too much of a time machine for me to want to mess with it. I just want it to be a tidy weekend cruiser for the enthusiast in me to enjoy ☺️ 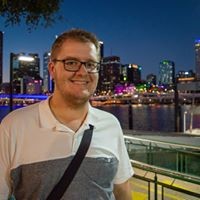 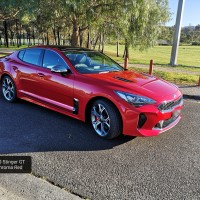