Mini GT 1972 restoration commenced January 2017 and completed November 2019. Car was owned by my cousin since 1974 and my brother a carpenter and myself an office worker undertook the restoration in my brother's shed with no knowledge of a mini. We stripped the car back to a bare metal shell and rebuilt the car after painting in the backyard May 2019. We painted the car early one morning to avoid wind and bugs. Other than the colour orange being different to the original cadiz orange the car is mostly original having travelled 46,000 miles and even still has the original dealer sticker and wabesco sunroof installation badge. The gearbox required a specialist and the hood lining and wabesco sunroof refurbishment was undertaken by tradesman with all other work completed by ourselves and a friend. Advice was also provided by the President of the MOCQ and YouTube became our friend.
Car is one of the last GT's made in Australia with a Cooper S engine, it may even be the last. The GT was created when Leyland could not afford to pay John Cooper his royalty fees due to the P76 project. 1200 GT were made 200 went to NZ 1 to USA and 999 were build and sold in Australia between 1971 and 1973. The first 600 were equipped with the Cooper S engine and this car is build No 598 and body No 600. A genuine GT is now a rare mini. 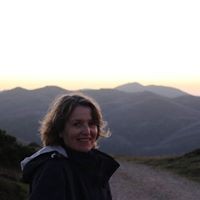 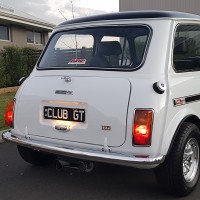 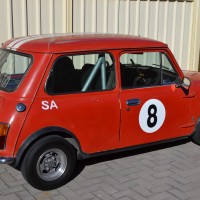