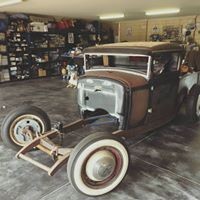 Home built over 7 years, ground up build encasing everything I even wanted in forever Hotrod (this ones a keeper) this was the car I wanted in my 20's but couldn't afford to build so I had a few other rods and muscle cars until in 2006 I decided it was time to just start building this thing and once I committed I couldn't turn back, The paint concept took me 2 years to rough out before Wayne at WPDI stepped in to digitize and prefect the design that we nick named true ghost due to the true fire and the ghost flames underneath. Wish I could say it was all smooth sailing but truth is these things are never done, we are on our 3 gear box and just started another engine build after a blower failure sent material through the block. We've shown her, we've driven her (4,000k) and we've raced her or the best of 11.5 in pretty lazy tune, it ain't for everyone but after 20 years of dreaming it, i'm finally driving my pride and joy

Bespoke vehicle, pretty much modified from head to toe, frame, body running gear. Every bracket, widget nut n bolt is new and dialed in, one sticking point for me was the style of rocker covers available for SBF's and pretty much seeing the same ones on a lot of cars. I wanted something unique so after several attempts that just didn't work with the car we settled on the Louvered and flamed ones that really set the engine off I think. I also had the 1st set of LOKAR oval tail lights converted to amber LED by LOKAR as a special request, they have since done a few other. I scratch built the entire interior (1st time ever) in the home garage before handing it over to a local trimmer to stretch the leather over it all. Of all the mods and one off special touches on the coupe the one thing every one comments on is the grill mascot, its an old gasser gear knob painted up to match the coupes paint, people just love the detail. 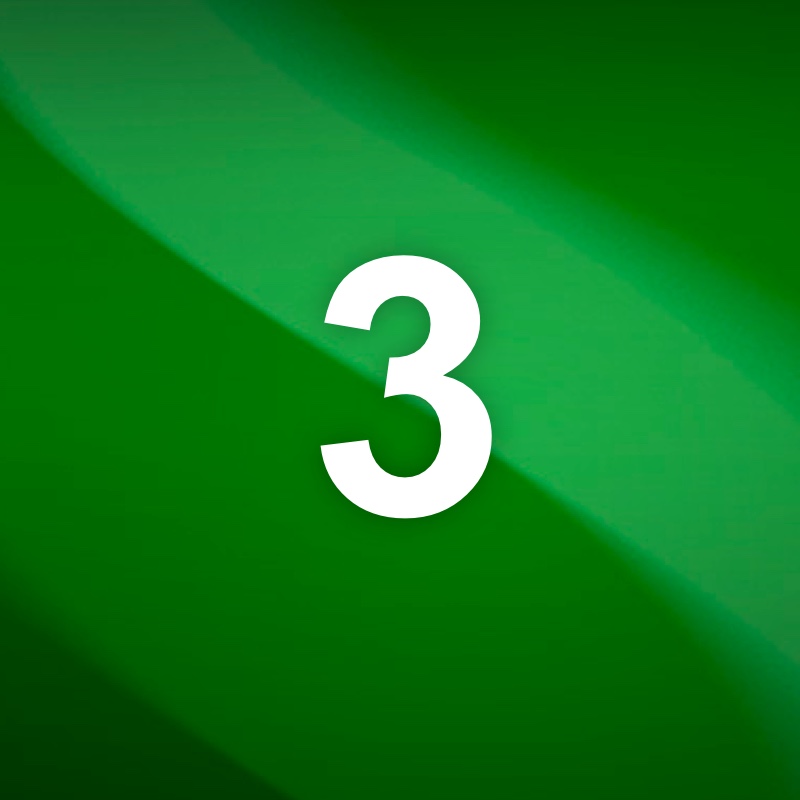 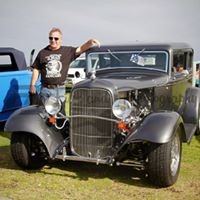