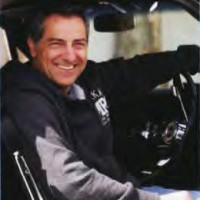 A Genuine 1966 Ford Australia Delivered Mustang. Back in 65 and 66 Ford Australia imported @209 Left Hand Drive Mustangs (48 - in 1965 & 161 in 1966). No exact number can be confirmed (as any official records, if were kept at all, are gone) but there were no more than this total I believe. My findings over 26 years of ownership also leads to that they were ALL Hardtop Coupes. There may be other body styles or later years claiming to be - Ford Australia Delivered- but these mustangs were more likely to be Ford executives or special dealer private imports put through the system. They would not have been part of the original promotional program. The 209 Coupes were brought in to help promote the new release of the Aussie XR -Mustang Bred- Falcon. Conversions to RHD were completed around Homebush in Sydney NSW by various subcontractors in association with FORD Australia and then sold as new cars throughout their dealerships. These cars were exported from USA as complete left hand drive cars and converted to right hand drive here in Australia - then tagged with an Aussie ID Plate similar to the Falcon XM-XP - The photo (see pic) of the row of mustangs in car park, taken through the wire fence, was shot by Eddie Ford (Eddie Ford Publications) as he coincidently drove past the Ford Homebush Plant along Parramatta road in Sydney back in May 1966. As you can clearly see the mustangs were complete LHD cars lined up ready for their conversions and new life here in Australia.
I have owned my 1966 Mustang since 1987. Was my daily driver for about 5 years before i decided to strip it back to a bare shell for a full rotisserie restoration. A couple of unique, to this model, genuine factory features include: Shelby style Export Brace with reinforced shock tower & firewall mounts and Disc Brakes with remote Power Booster.
If you want to know more about these rare, often misunderstood Aussie Stangs or think you own one, let me know... 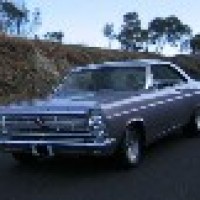