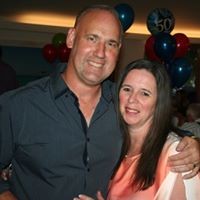 Bulit by my Father in 1969, very successfully raced in the NSW Hillclimb championship, the Odin was eventual sold in 1977 and replaced with Custom made Billiard table and we lost contact with the ODIN, until one day in the early 1980’s, Family friends ran into the Odin at a Club event in its new blue paint job and sporting 2GB sponsorship at Oran park.
The ODIN then was never sighted again by either family after that.

After many years of looking at Pictures of the ODIN, all its trophies and lot of talk about the ODIN and its history, we decided it was time to see if the ODIN ever survived!

The car was amazingly located and confirmed as being the original ODIN owned by the current owners from 25 years in the Dandenong Ranges in Victoria
The ODIN was however in a million pieces after being involved in an accident at Queensland Raceway in 1984 and the chassis was mildly damaged. The car was totally dismantled with some minor parts had been restored 25 years ago in preparation to restore the ODIN
The car is now back in the our family undergoing a full restoration back to the orginal 1969 Livery.My Father will drive the car when finished, 50 years later at 86 years old as a tribute.