Armstrong Siddeley were the first British manufacturer to introduce a new range of cars following World War 2, and named the models after the successful wartime aircraft that they had produced.
For 1953, effectively the last year of production for this popular series, the factory offered a two door Whitley Fixed Head Coupe option.
In a similar way as the Typhoon FHC had been produced several years earlier the Whitley FHC used the Hurricane Drop Head Coupe as the basis, but with an aluminium roof of more razor edge lines than that of the earlier Typhoon.
Although the Whitley Coupe would encompass the attributes expected of an Armstrong Siddeley, in being soundly engineered,exceptionally well made and well appointed,it was still a superseded model.
Introduction of their Sapphire 346 in 1952 meant that demand for the last of the previous model was predictably low, and only this one Whitley Coupe was ever commisioned.
Imported into Australia from England in 1994 it was then restored over a 10 year period by a wife and husband team.
Since becoming the new custodian I have found the car a pleasure to drive,the smooth six cylinder and four speed with electric overdrive providing practical as well as classic motoring.
With good parts availability and helpful advice from the Armstrong Siddeley Car Club it is a car that you can use as often as you like without worry,just the way the maker intended. 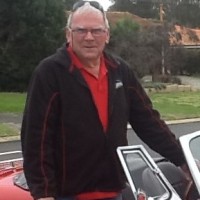