My first 'new'bike, For months I would ride along looking at the BMW logo, and swooning. From here I went to the R80RT and the 1300 GS. The RT was the nicest. As the photo shows, I travelled around Europe on this one - done the bottom of the road in the picture is the border into Russia - but they don't like to have motorbikes in there. Even East Germany, Czechoslovakia, and Hungary were all a little weird. The car parking garage in Budapest tried to steal the bike (or hold it for ransom). I agreed they could have the bike, but I would need to get the papers from the hotel - and so would need the bike for 15 minutes to go there and come back. The coming back never happened. On the travels, I must have gone over some class, and a patch of tyre about three inches in diameter was cut out. Fortunately, I believe in tubed tyres, and so padded the hold from inside with a shirt, and off I went. Took me all the way back from East Germany to UK. Getting petrol was not easy - and at times it had to run on tractor fuel - which it did. Back in the UK, I would work on Sundays - maybe go to motorcycle training (I was a STAR trainer in those days). My route took me out of the countryside, round an overpass roundabout above a motorway, and then down the slip road onto the motorway. When going over the motorway, you could see who was coming, and one morning, it was a red Ford Escort (reknowned as cheap cars for speed freaks). So, I planned the speed carefully, to be going doing the slip road alongside the escort - and then just opened up, to scoot away at high speed -making some point or just polishing my ego. AT that moment, one of the valve stems in the right cylinder broke, the head broke off, got battered around by the piston before punching through the piston head, and entering the innards of the engine. Up on my seat all that I knew at the time was a mighty bang from the inside of the engine, and the back wheel immediately stopping. An interesting event at about 80 mph. Fortunately, this was the third engine seizure I had had, an so knew what to do straight away - being to pull in the clutch level. IT happened so smoothly, I was hoping the Escort driver would appreciate my aplomb, as opposed to spluttering up his croissant as he watched the bike, go zoom,bang, screech, produce lots of smoke, and then roll gently to the side of the road. At the time, BMW had ads telling the world that a BMW was the 'ultimate' riding machine. I wrote to them to tell them that I almost found out. They never replied. There will be a picture of the cylinder among my photographs.

Divided one valve stem into two parts when driving at about 80 mph. 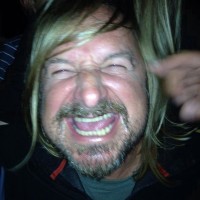 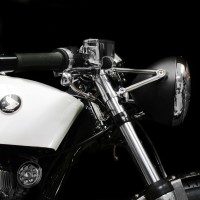 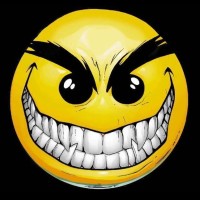