1945 Harley-Davidson US NAVY U MODEL 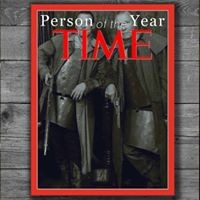 My bike is one of 262 made for the US navy in 1945, they were made as Shore Patrol (Naval Police) pursuit bikes on US naval stations, this model was originally not exported outside the continental US, however after the war they were sold off and this one ended up in Australia. It had been civilianised over the course of the years. I stripped it back to bare bones and fully rebuilt every part back to original specifications, rare original parts were sourced from all over the world, using original finishes as used in the 1940's. The bike is now as it rolled out of the factory.

The engine is original and has been zero timed using all original parts, it is a 74 cubic inch (1200cc) side valve engine and has a four speed transmission. It utilises a heal and toe clutch pedal, hand gear shift mounted on the left side of the tank. The left hand grip is the manual advance and retard of the spark which is used in conjunction with the throttle on the right hand grip. What looks like the clutch lever on the left handle bar is in fact the front brake lever, the rear brake lever is foot operated with the right foot. It is kick start only. The solo seat is mounted on a spring loaded pogo stick arrangement that is surprisingly comfortable even with a hard tail frame (no rear suspension) It is a real juggling act to get all of these parts working together smoothly to enable riding the bike. However once used to it there is no other bike I would rather ride. 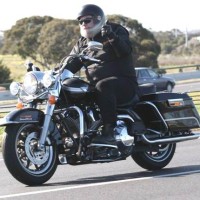 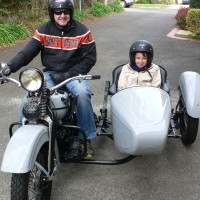