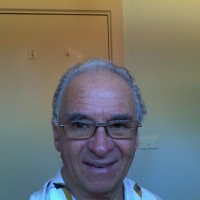 Previously owned by a Japanese businessman who, like me, dares to be different. Consequently he bought a left hand drive car, added Brabus sports modifications along with an updated front transforming it into a 1994 lookalike.
It was imported into Australia in 2006 by a private Gold Coast importer who found it could only be registered in WA or Northern Territory without being converted to RHD.

I happened to be looking for a Hillman Californian Hardtop to enjoy as a retirement hobby at the time he was disposing of it on ebay. Long story short... apart from the make it was a 2 door hardtop just like I wanted and offered to me at a price I could not resist.
So now I have the only Brabus version Mercedes in the local Mercedes-Benz car club. (and possibly a few other clubs and states) and I totally enjoy it.

Brabus famously increase power output by enlarging engine capacity and torque especially, then adding sports suspension and exhaust system along with their own distinctive Mag wheels. My car runs on 225x45x17 fronts and 235x45x17 rear tyres.
Brabus is the only company in the world officially allowed to replace Mercedes badges with their own. So my car sports a Mercedes star in the centre of the steering wheel only... and a Brabus 'B' on the bonnet, boot and wheel centres. 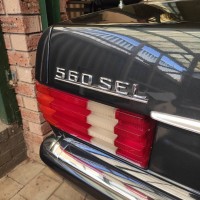 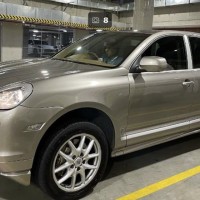