This ute was purchased by my father back in a round 1977/78. He registered it and ran it bak and forth to work for a while. He used to run it with standard wheels on the front and a set of Skog mags on the rear. He had a "twin exhaust" system in it, but the second pipe was just tied in with wire. He never fitted the split manifold that he used to run on his 1938 Chev sedan.......

Now we are going to build it into a move "chase" car. It will be fitted with a Holden V8, T/H 700 trans and independent rear suspension. It is most likely to have a Jag XJS front end but I an still tossing up how to make the bolt pattens the same.

A tree fell on the car and squashed the roof. I intend to take the roof off to make a Roadster Pickup. 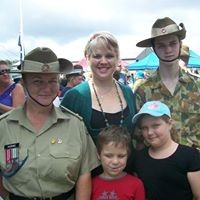 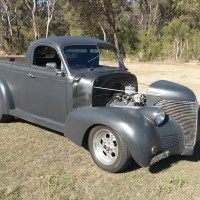 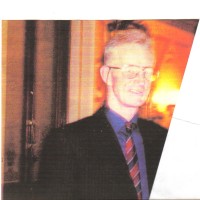