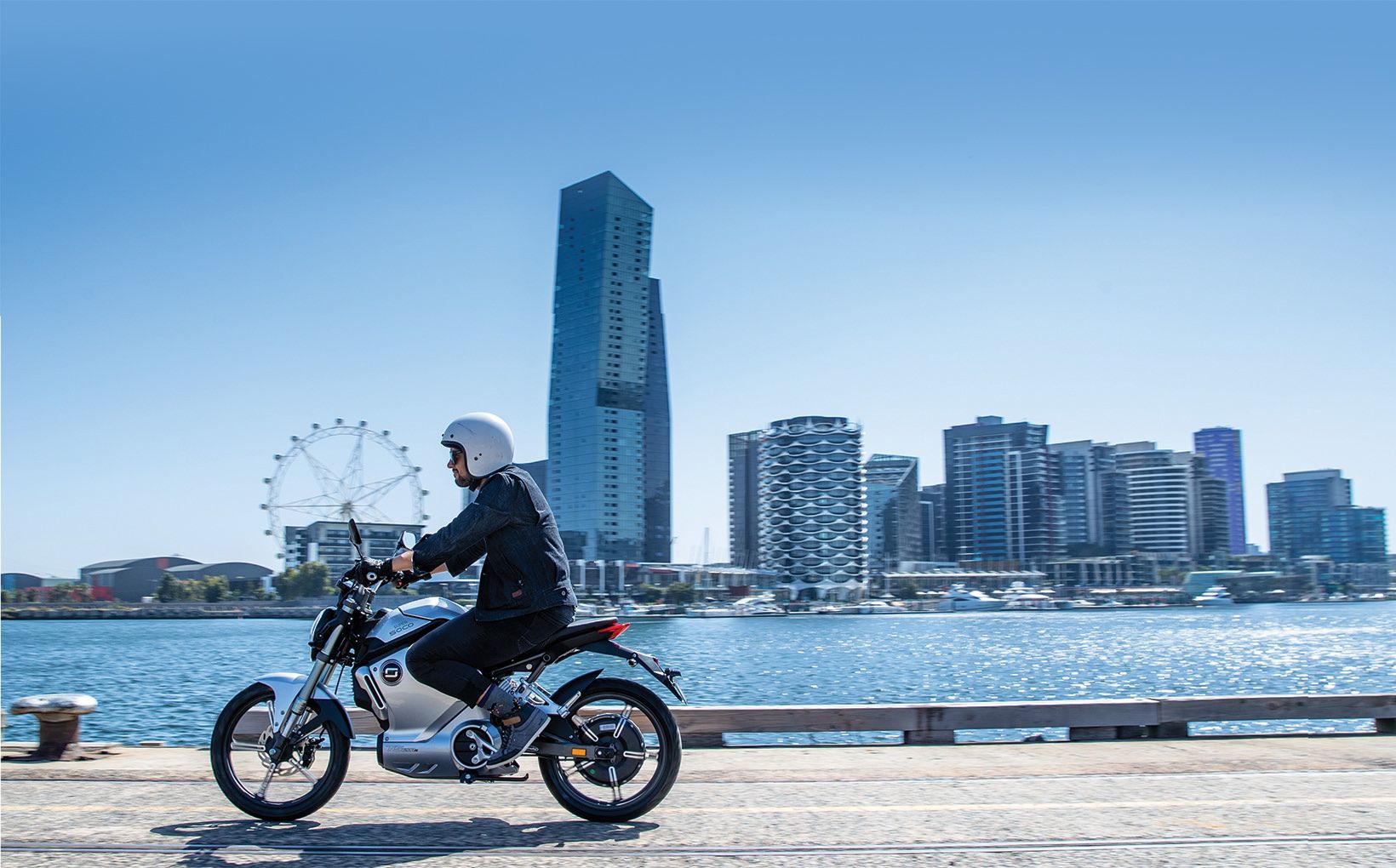 And so it begins, just as the fallen king said in one of The Lord of the Rings films before charging to certain death, but in the motorcycling battlefield, electric bikes are not the enemy.

We’ve already seen the likes of California-based Zero Motorcycles attack and temporarily retreat from Australia’s electric bike landscape, and it’s no secret an electrical storm is brewing at Harley- Davidson. None, though, have been the Tesla of motorcycles. Yet.

While we wait for the big players to launch full-scale attacks, lesserknown brands such as Chinese commuter bike manufacturer Super Soco, which already exports to 54 countries after just four years of operation, is having a stab and this bike, the TS1200R, is the first of four models heading our way by year’s end.

But don’t let the ambitious ‘1200R’ nomenclature fool you – this is no Monster and there’s nothing big-bore, red-blooded or R-rated about it. Instead, this is about intelligent transport design, which is essentially what the brand is all about and squarely aimed at the world’s mega cities. 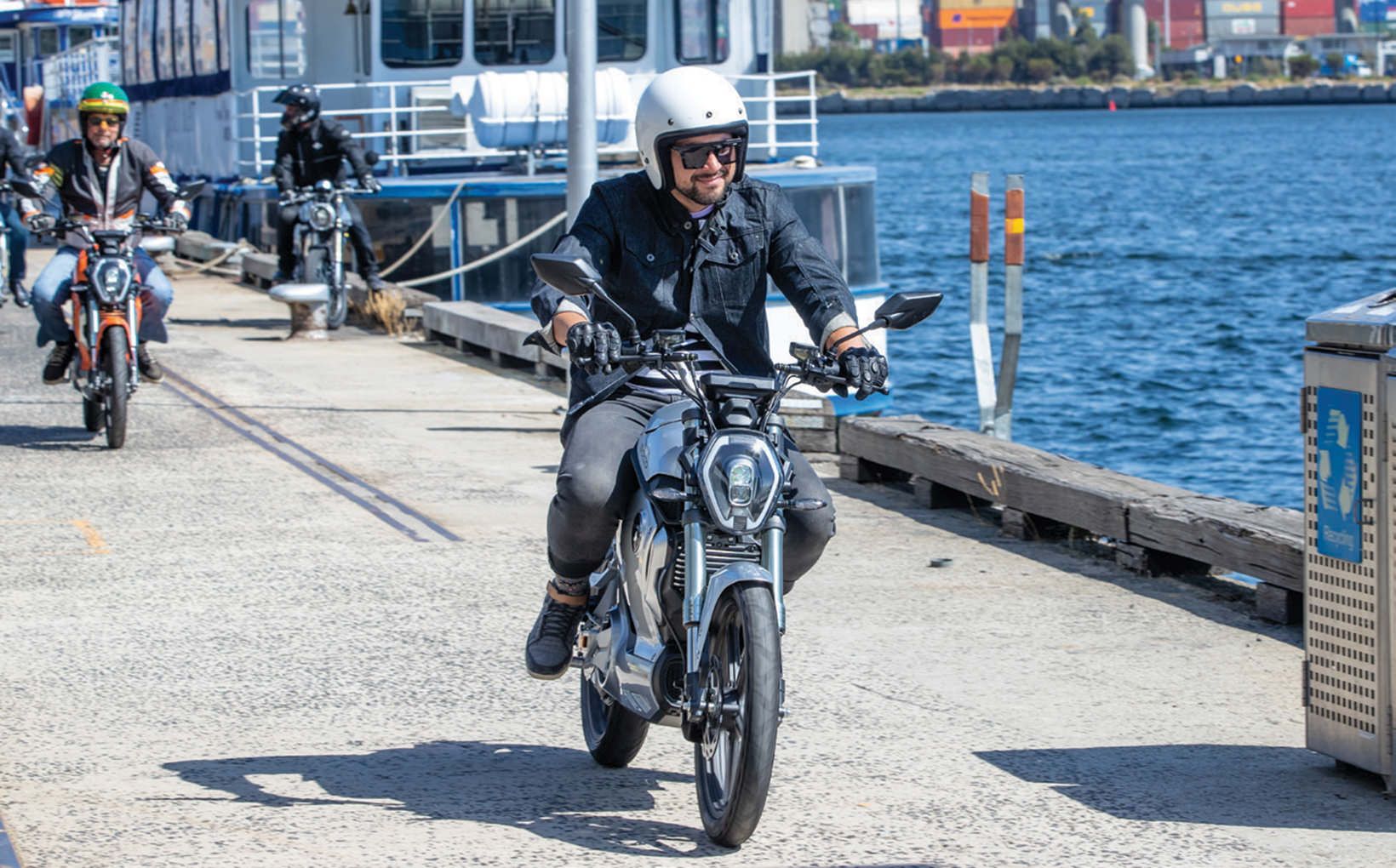 So with that in mind, the TS1200R has this to offer: good acceleration for inner-city conditions thanks to 120Nm of instant torque from its Bosch hub motor; a top speed of about 50km/h (which says a lot about its intended usage); an 80km range from a single charge (depending on your right wrist, and about 160km with two batteries fitted); a weight of just 78kg with one battery (89kg with two); and a rideaway price of $4990. Oh, and a charging time on a conventional 240V plug (no fast-charging compatibility) of about five hours via a side-mounted port.

That price is very much in the thick of the rapidly emerging e-bike market, but Super Soco’s point of difference is that it fuses electrically assisted bicycles and conventional commuter-type motorcycles and scooters with a modern design. 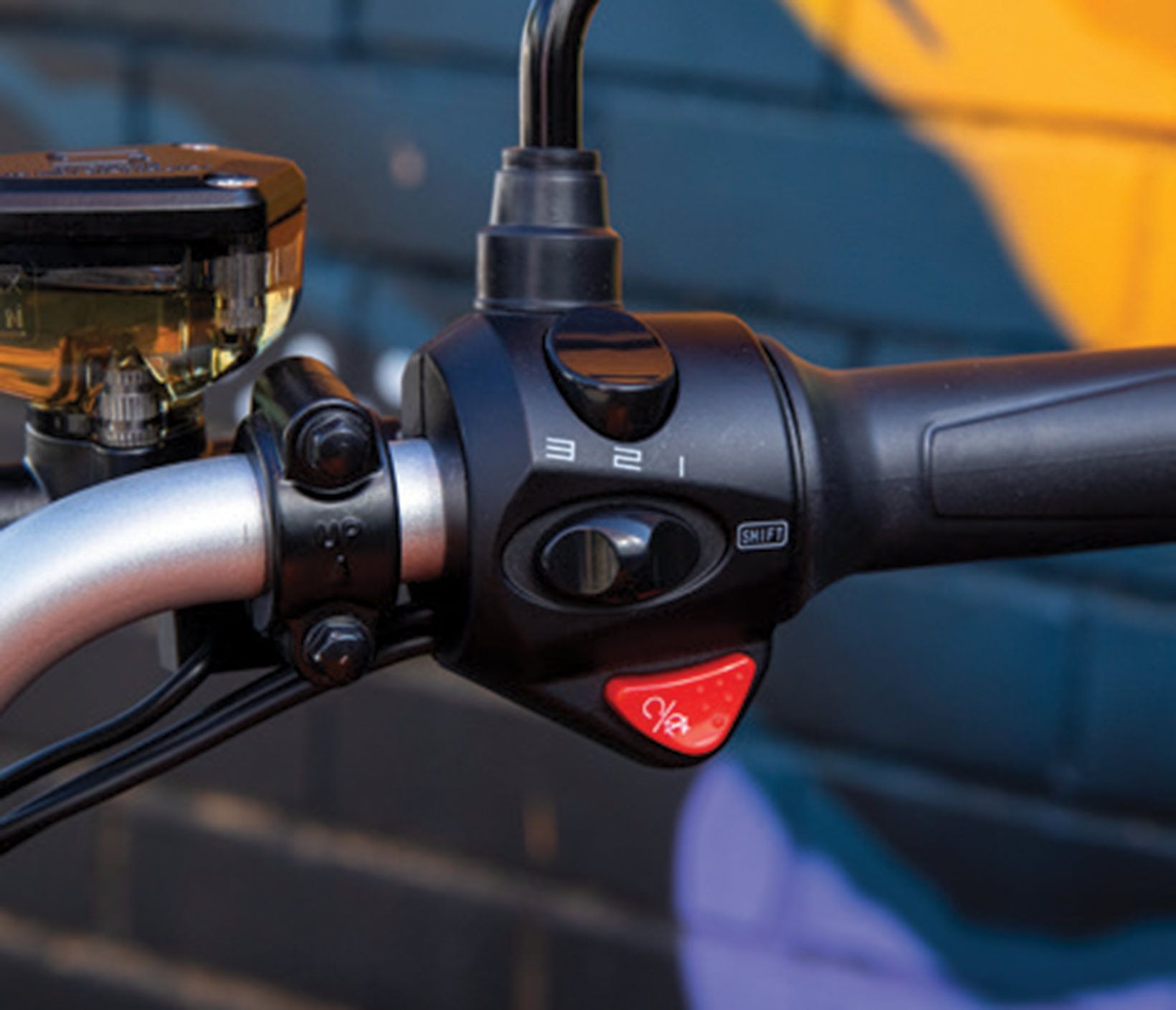 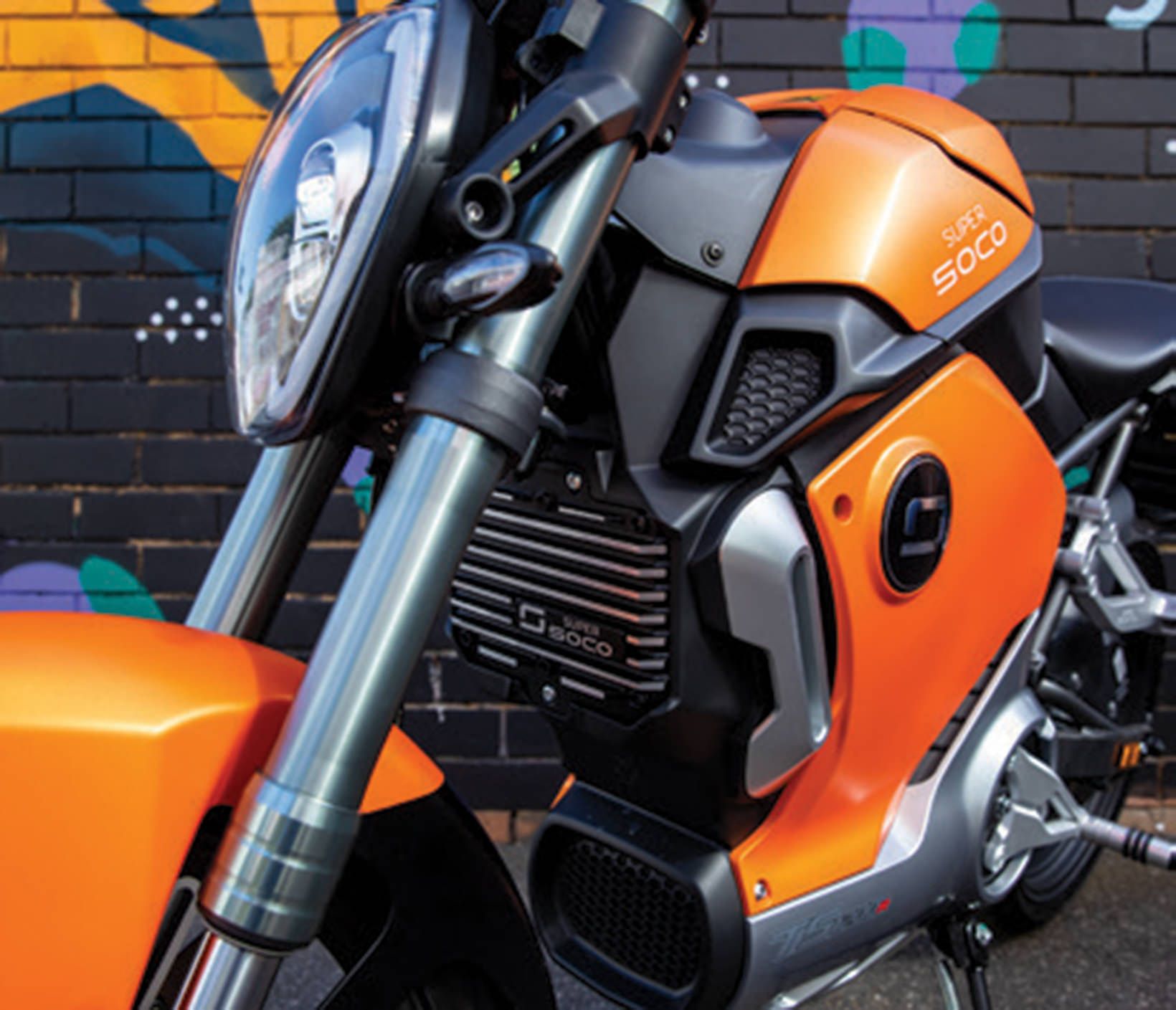 There’s no radiator or airbox but maybe a bit of air cooling for the battery and power controller.

But we can’t talk about electric bikes in our part of the world without mentioning the Stealth company. In many respects, high-performance electric bikes such as these Melbourne-made maniacal mountain bikes could be the greatest threat for the likes of Super Soco because they also add a massive dose of adrenaline-injected fun. For comparison, Stealth’s B-52 and H-52 flagship models each have a range of up to 80km and a top speed of 80km/h. Some models even have a 150km range. And of course the knock-out punch is you don’t need a motorcycle licence or open your wallet for annual registration costs. Yet. But all that performance and pioneering technology comes at a cost. In Stealth’s case, between $6990 for the entry-level models and as much as $11,300 for the aforementioned range-toppers with all the fruit. Ouch. 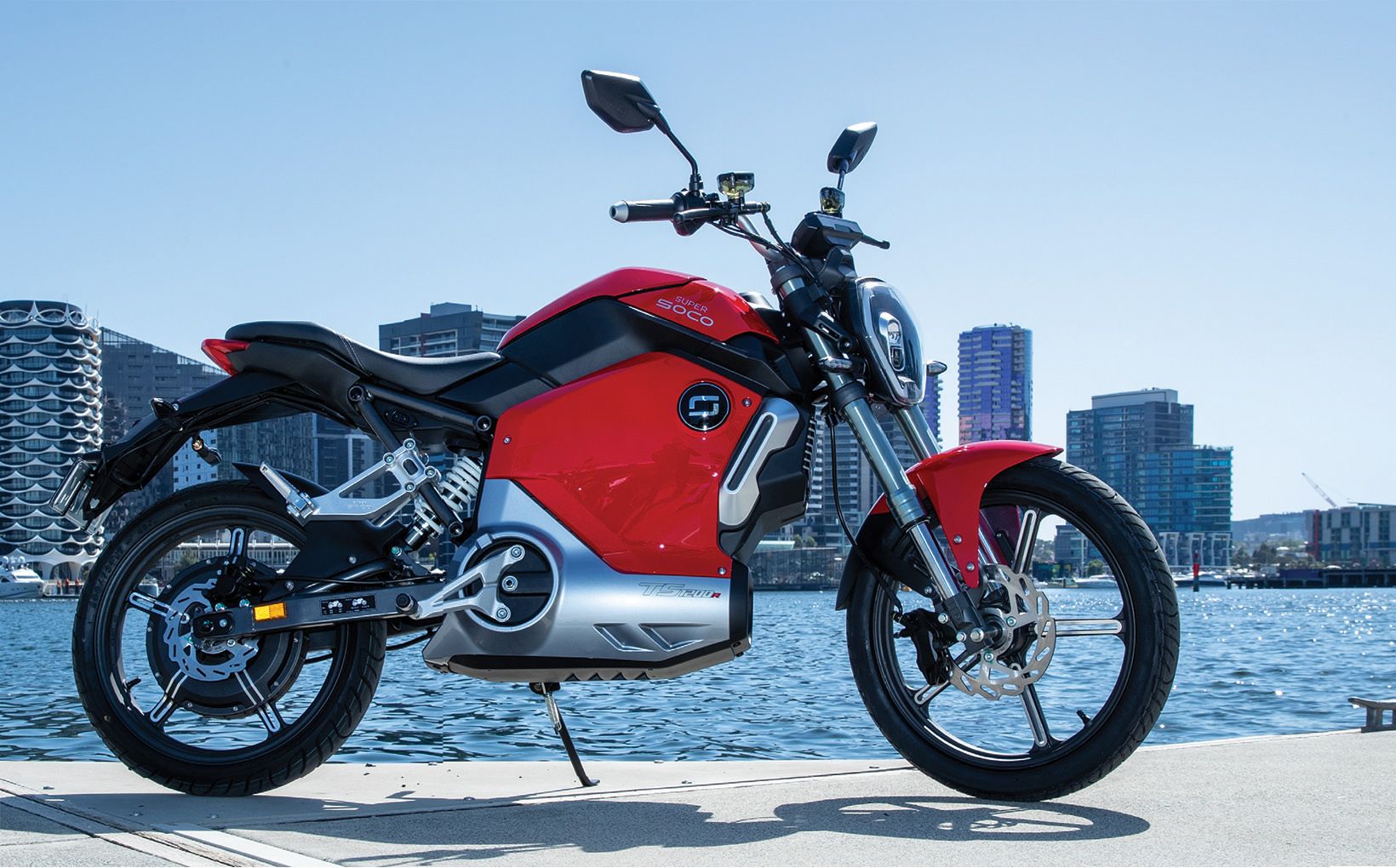 There’s an overall sense of quality and modernity to the bike’s general presentation – it looks the goods, punctuated by its trick LED lighting, sleek bodywork and keyless start, and the whole concept certainly piques the curiosity. 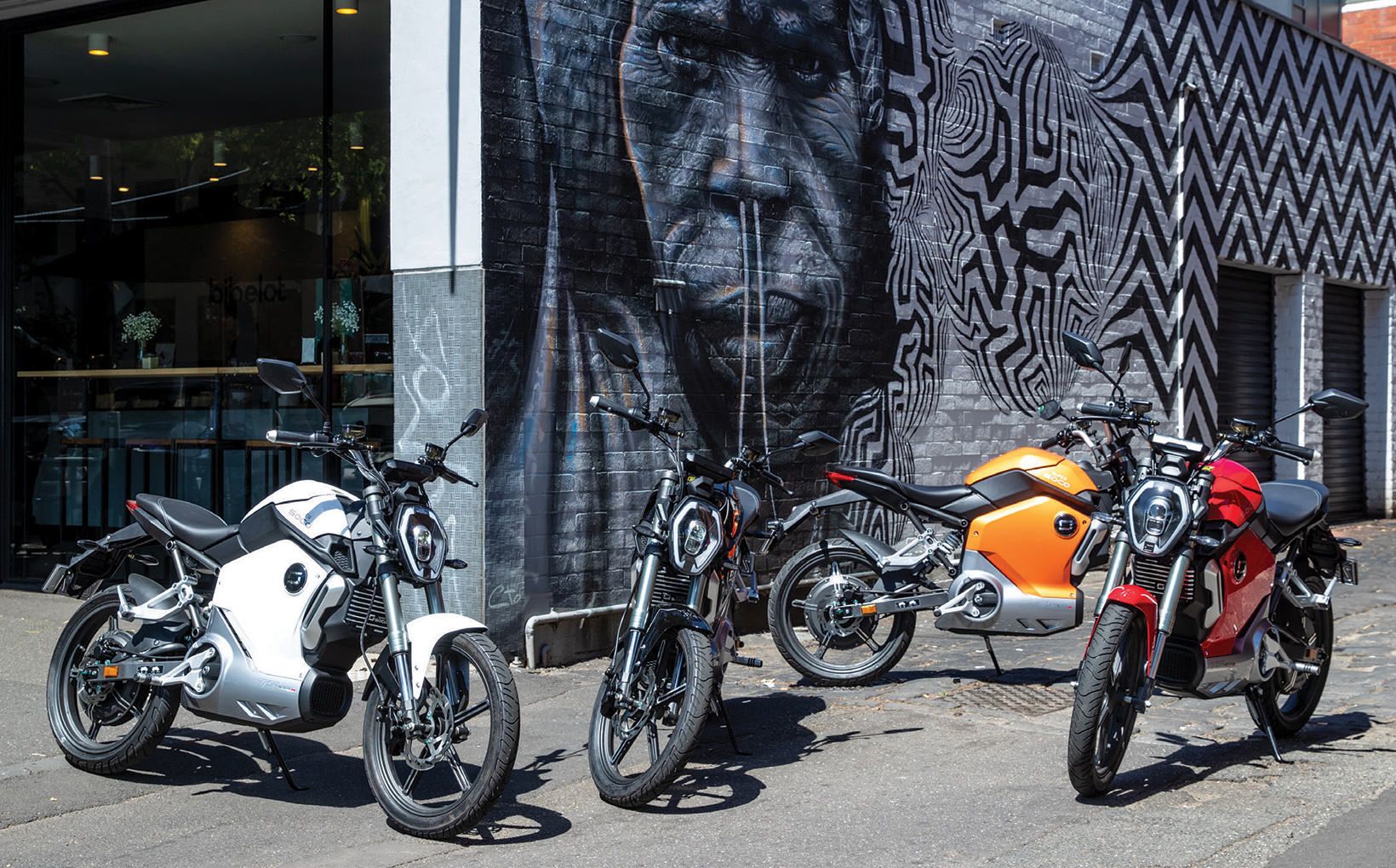 It’s obvious too that it’s a friendly little fella with its accessible 770mm seat height and 78kg kerb weight, which allows even the most petite rider to manoeuvre it about with ease or balance it between their legs while standing with confidence. With a bit of courage and technique, you can even make an enduro-style pivot turn, which will turn heads as you laugh like a smug maniac.

Firing it up (read: pressing the circular ‘on’ button and waiting in vain for anything) is about as eventful as turning on a toaster as the usual sensory procedure of starting an internal combustion engine (starter motor, engine idle, vibration, rumble, etc) obviously aren’t there. Think big city where silence is golden, golden. 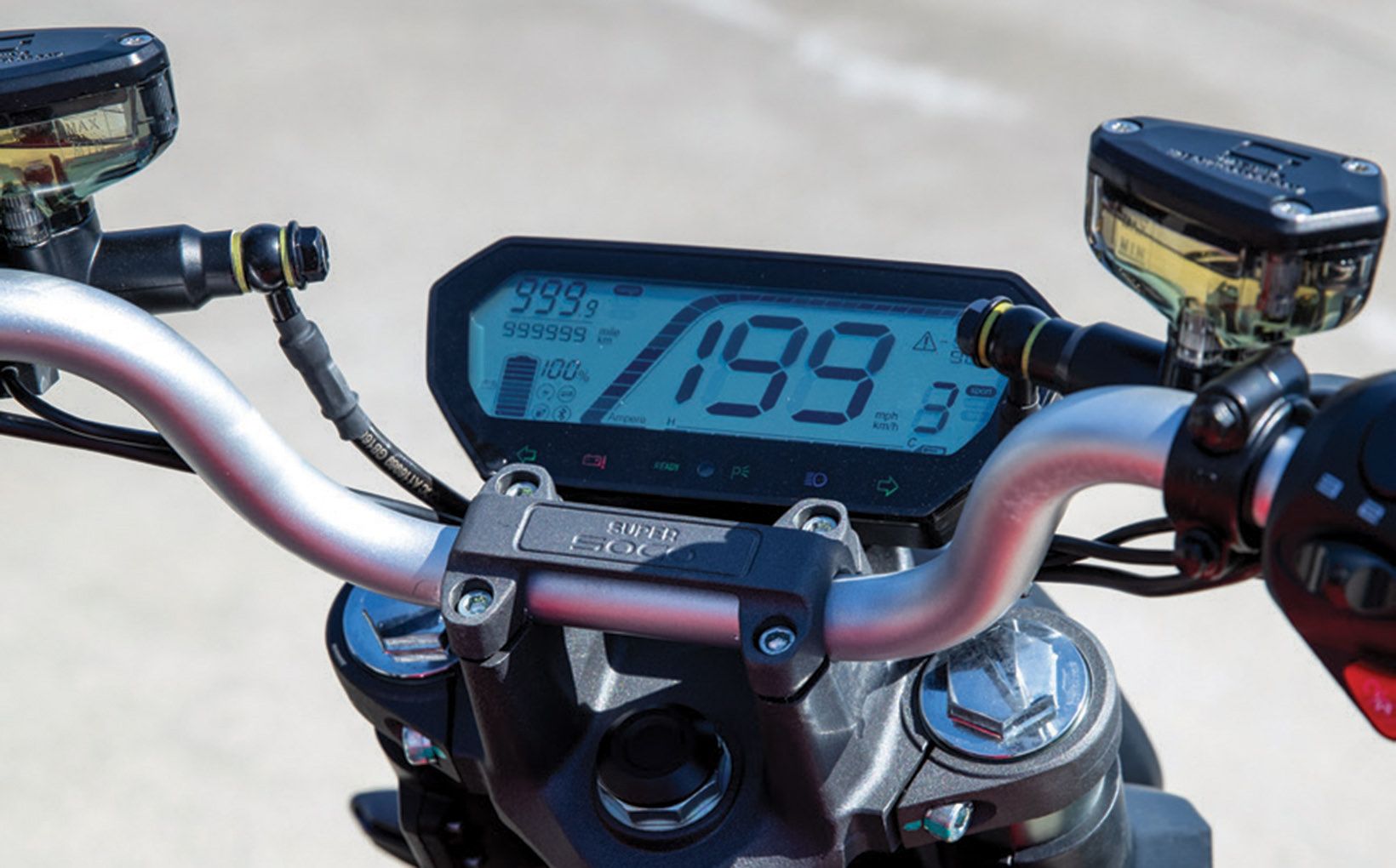 One hundred and ninety-nine km/h? Only in your dreams, baby. Try 50km/h.

The TS1200R has three power modes, which can be switched on the fly via a button on the right-hand switchblock. Mode one provides limp-home power to help you reach your destination when the battery is low; mode two is a reasonable compromise between performance and efficiency, and mode three, the fullattack mode and inevitable default, offers a bit more responsiveness than the other two with good enough acceleration from a red light.

In that sense, it pays to bear in mind that the TS shares the same homologation classification as an internal combustion 50cc scooter, albeit with better performance. The appeal here means that you can ride it on a car licence in every state and territory of Australia except New South Wales, Victoria and Tasmania. Another big benefit to electric bikes is that they don’t produce any heat, which was particularly appreciated on the launch. 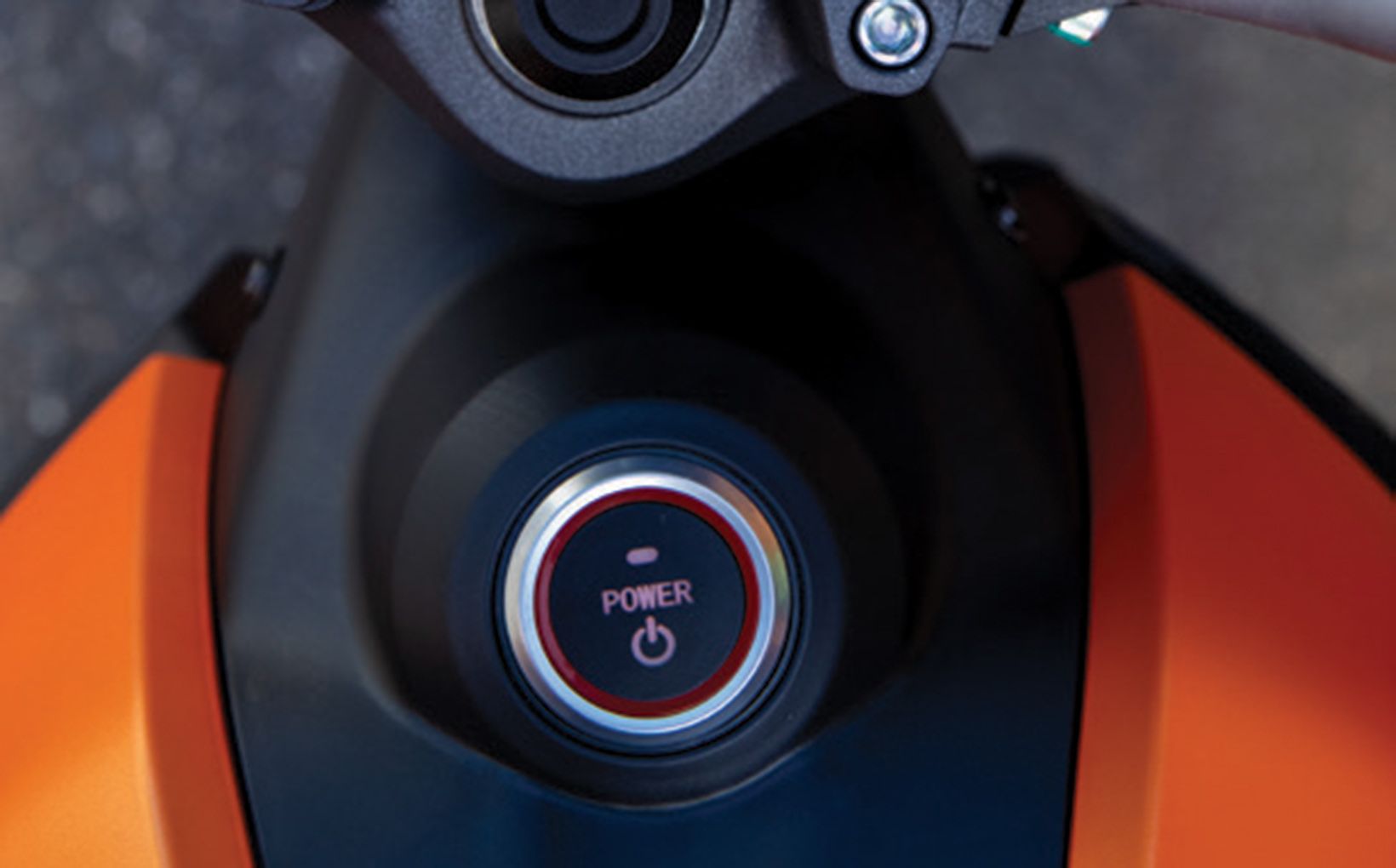 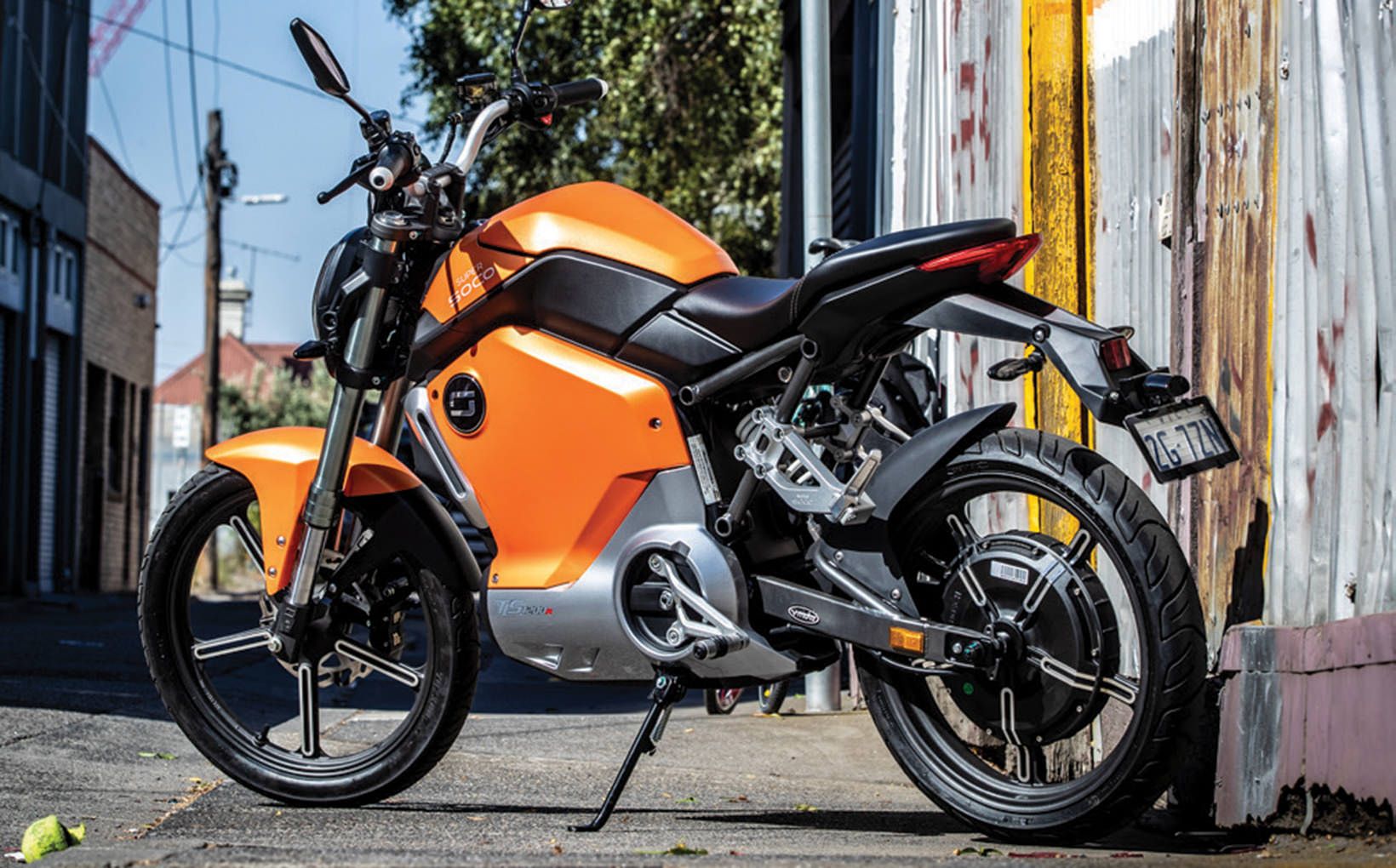 Bosch hub motor eliminates the need for a chain and sprockets.

The rest of the package feels fairly conventional by motorcycling standards. Seventeen-inch wheels and skinny rubber provide good stability while the twinpiston brakes, sans ABS, bring things to a convincing halt, helped by the engine braking. The cylindrical aluminium footpegs feature a few rubber rings but offer no grip, even in dry conditions and wearing grippy shoe soles.

Motorcycling is on the cusp of changing times with the introduction of electric bikes, and their technology and performance is guaranteed to rise as their prices eventually fall. Prepare for battle, Super Soco. 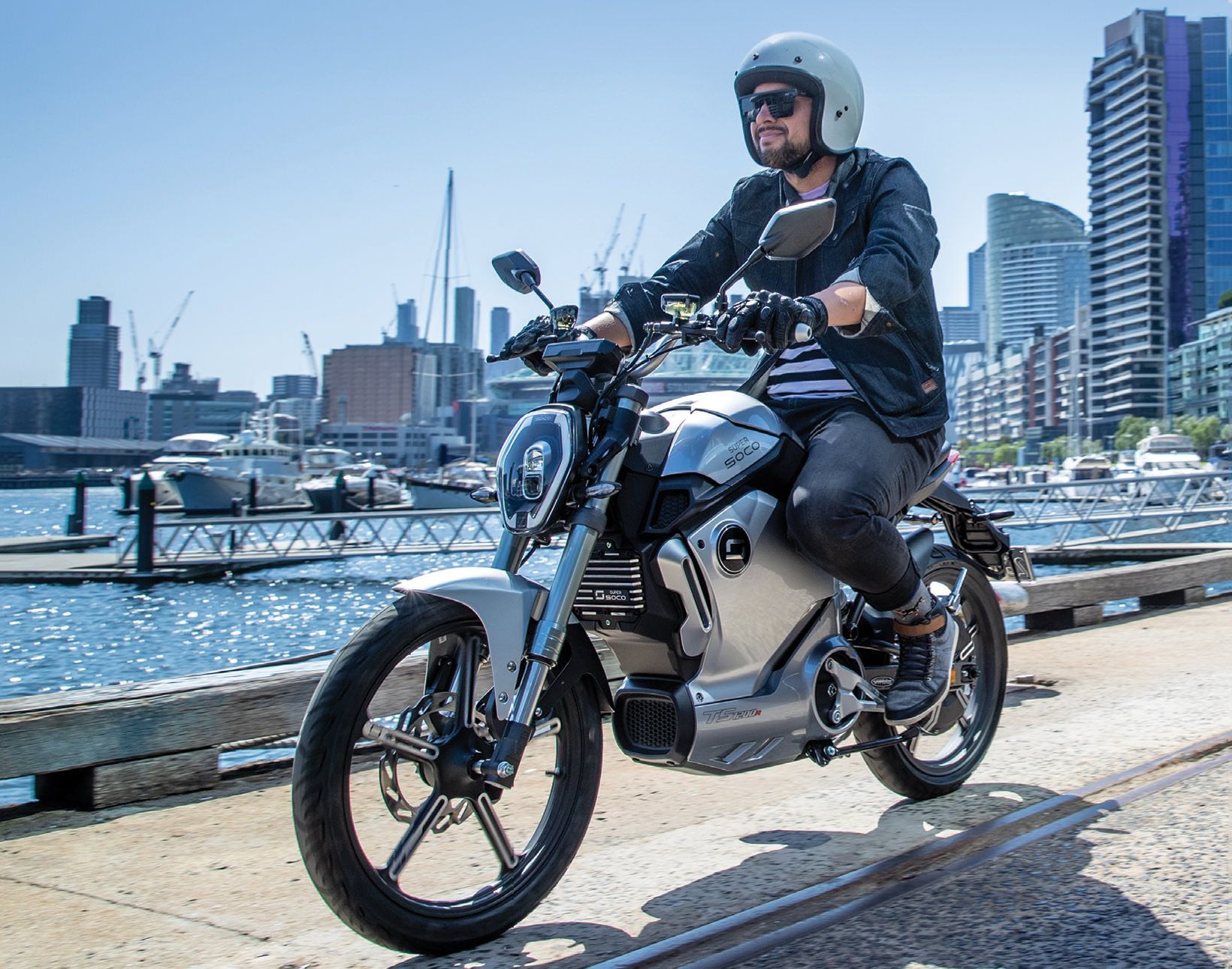 Protect your Peugeot. Call Shannons Insurance on 13 46 46 to get a quote today. 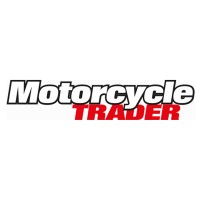