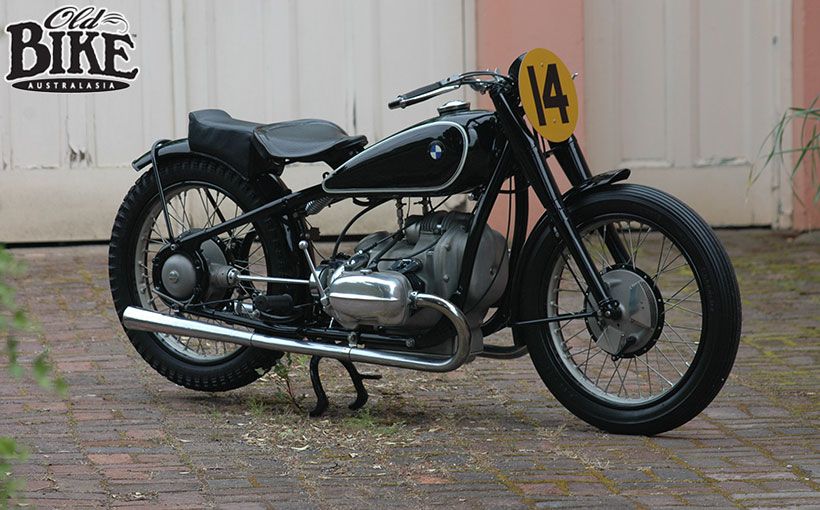 Story and Photographs by Jim Scaysbrook

BMWs were not particularly common in Australia in the 1930s, with our entrenched tastes for British and American brands. But down in Geelong, it was a different story, thanks mainly to the efforts of L.F. (Frank) Pratt, who was the Victorian BMW importer pre and post WW2. In the years preceding WW2, he imported a considerable number of BMW motorcycles, including some rare and highly desirable models. Perhaps the rarest and most desirable of all his charges was the R5 SS 494cc model, produced in very limited numbers by the German factory as a high-performance sports touring machine. 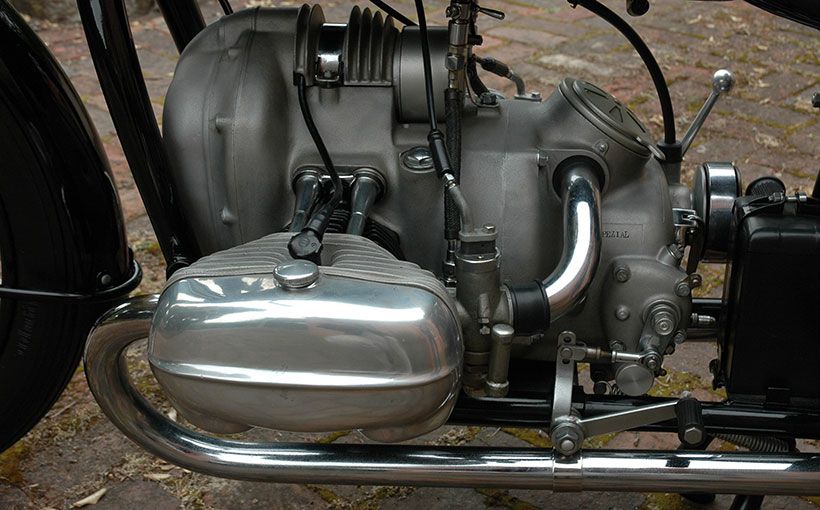 The standard R5 came into being in 1936, an almost completely new design, although with its roots in the ground-breaking R32 which had been introduced in 1923, establishing the flat-twin, shaft-drive tradition that exists to this day. The tunnel-type crankcase, similar to the single-cylinder R2 engine, would remain a BMW feature for decades. But the R5 was altogether a much more advanced machine, with hydraulically-damped telescopic front forks and a lusty engine poking out 24bhp at 5,500 rpm. To keep the pushrods light and short, camshafts were chain driven, with hairpin springs controlling the valves. A positive-stop, foot operated gearchange was employed, curiously retaining a short hand-shift lever poking from the transmission case, which was used for finding neutral. The tubular frame heralded the beginning of the end for the old, heavy pressed steel items, and although plunger rear suspension had been tried on the works BMW racers, the R5 sported a rigid rear end. Plunger rear springing  (with a universally-jointed shaft drive) was finally adopted on the new R51, released in 1938. 2,652 R5 models were produced, with only a handful in the higher SS specification. These SS models had a slightly higher rev limit at 5,800.

Pratt imported two of the R5 SS models in 1937, retaining one for himself and delivering the second to a customer. Both bikes came fully road-equipped with lights, but Pratt’s machine was immediately stripped for racing, although it was always road registered (Victoria 1-331). Unfortunately, the customer machine met a quick and grisly end, its owner crashing fatally while returning from Phillip Island where Frank had won the Sidecar TT on his BMW 600cc R66 outfit. Pratt acquired the remains of the second machine and this became the spare parts supply for the remaining bike. 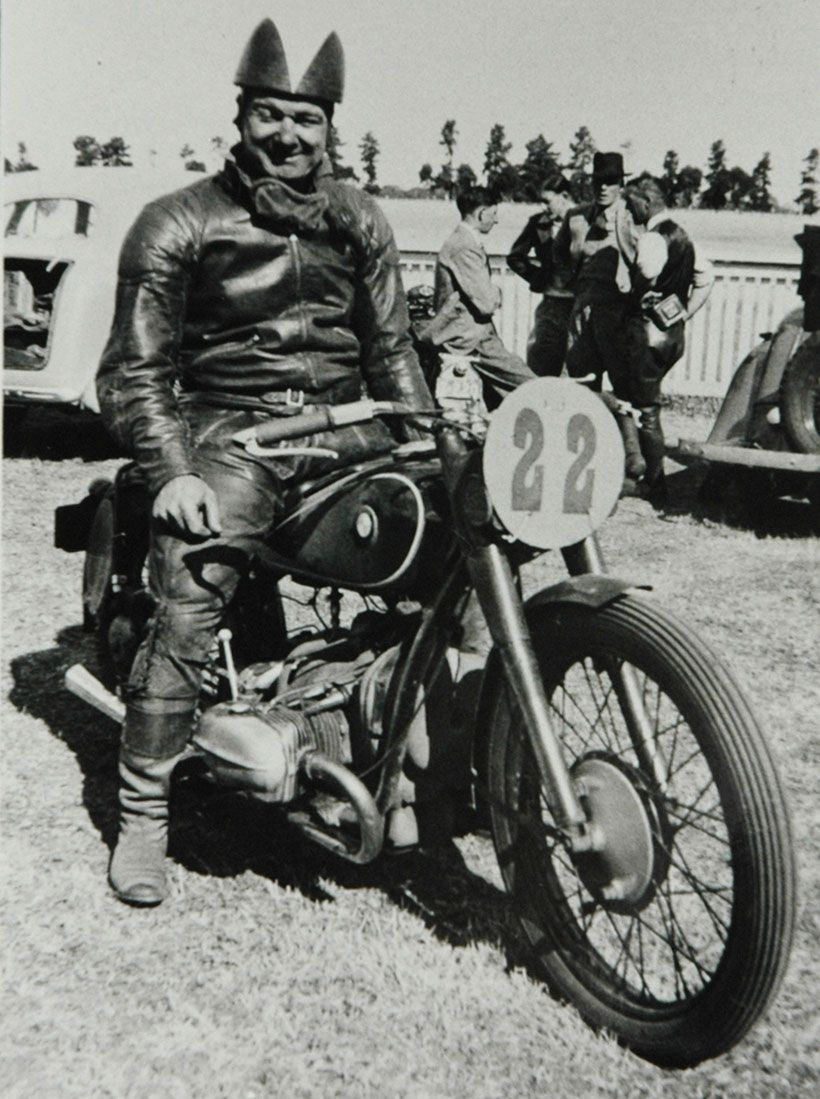 Post-war, the R5 SS saw little action, but was raced occasionally by Pratt’s later-life business partner Norm Osborne and by Ned Caddy at places like Victoria Park, Ballarat and Bonnie Vale near Queenscliff. Caddy had the bike in his possession from late 1953 until 1956 and remembers the day when Frank Pratt came out of his office and handed him a pair of camshafts that he had bought from the BMW factory and said, “ here try these in the R5, they should make it go faster.” Caddy fitted the cams, gave the heads a valve grind and the R5 was taken out to a quiet stretch of road in the country for a test run. A 125mph Smiths speedo had been fitted and was indicating somewhere near 120 when Caddy flew past Pratt, who was watching. “That’s the fastest I have ever seen the R5 go,” was his reaction. In 1954, Caddy raced the R5 at Little River, a public road circuit between Geelong and Melbourne, but the big ends seized at top speed after having been fitted with insufficient side clearance. It necessitated a complete overhaul, with the crankshaft rebuilt in Melbourne.

In the last few years before Pratt’s death in 1957, the R5 SS was stored in his shop in Elizabeth Street, Melbourne. Now the sole owner of the business, Norm Osborne relinquished the BMW agency and in 1958 sold the R5 SS to Ivan Smeelie of Geelong for £150. At the time, Smeelie was racing a TQ (Three Quarter) Speedcar powered by a BMW 750cc R12 side-valve engine. The engine was removed from the R5 SS chassis and installed in the car, which went on to race for around seven years in this form. The rolling chassis of the R5 went to another Geelong enthusiast, Noel Norton, for just £15. Noel fitted a post-war BMW R51/2 engine and gearbox, but sold the machine soon after to Tom Mason from Melbourne. Never happy with the hybrid R51-R5, Mason purchased Smeelie’s speedcar in 1966 with the intention of re-uniting the original powerplant and chassis. However the project never got past the planning stage, and in 1974 Mason advertised all the R5 SS parts for sale. The buyer was Ashley Tracey, from Guildford near Castlemaine, who stored the boxes of bits but made no attempt at restoration. 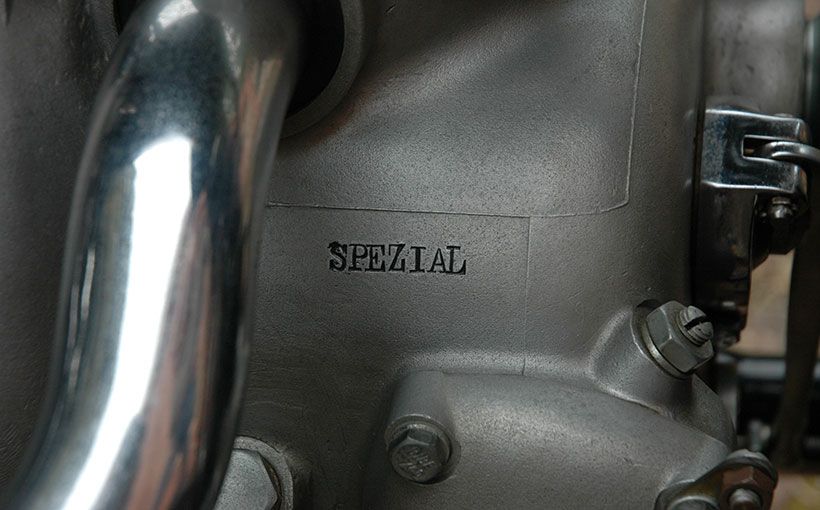 In July 1988 Lindsay Lange heard in July 1988 of ‘an old pre-war BMW motorcycle alleged to have been raced by Frank Pratt’, located at Maldon, near Castlemaine. “I checked for identification marks, such as the word SPEZIAL stamped on the gear box casting, made a number of phone calls, checked motor parts and worked out what was missing. After determining that it was indeed Pratt’s old R5 SS, I became the proud owner, and was determined to restore the bike to the way I remembered it in 1940, as a solo machine. The bike was in reasonable condition although many parts were missing, such as the twist grip, control levers and cables, engine mounting bolts and the foot change mechanism. The big ends, cylinder bores and high compression pistons were all in excellent condition. It wasn’t long before a number of my old friends who had BMWs back in the R5 era came to light with many of the original parts and wanting to see the R5 running again and above all, back in Geelong.” 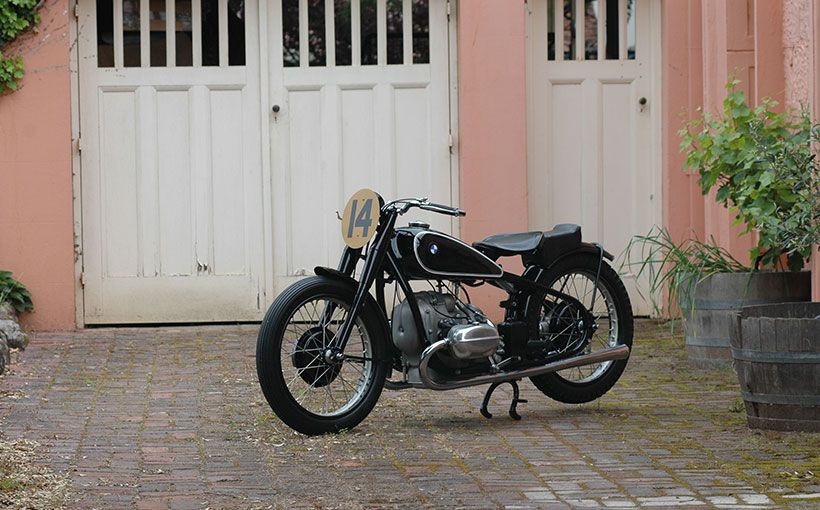 “The flywheel had been lightened, whether by Pratt or in its speedcar days, but the engine still pulls well from down low,” Lindsay explains. His restoration of the BMW is stunning, right down to the racing front number plate bearing Pratt’s number 14.  Although Spartan in appearance, the bike bristles with interesting features, such as the five-way adjustment for the hydraulic damping on the front telescopic forks – simple to use and an idea that actually works extremely well. Lindsay left the sidecar mounting plates that Frank Pratt had welded on the frame in place, as he figured they were an integral part of the bike’s history.

The BMW factory in Germany was so impressed with the finished job that it presented Lindsay with a medal commemorating Georg Meier’s victory in the 1939 Senior Isle of Man TT, and arranged for the bike to be displayed at the opening of BMW’s new Australian headquarters at Mulgrave in 1995. In 2009, the R5SS was sold to BMW and now resides in the BMW Museum in Germany.