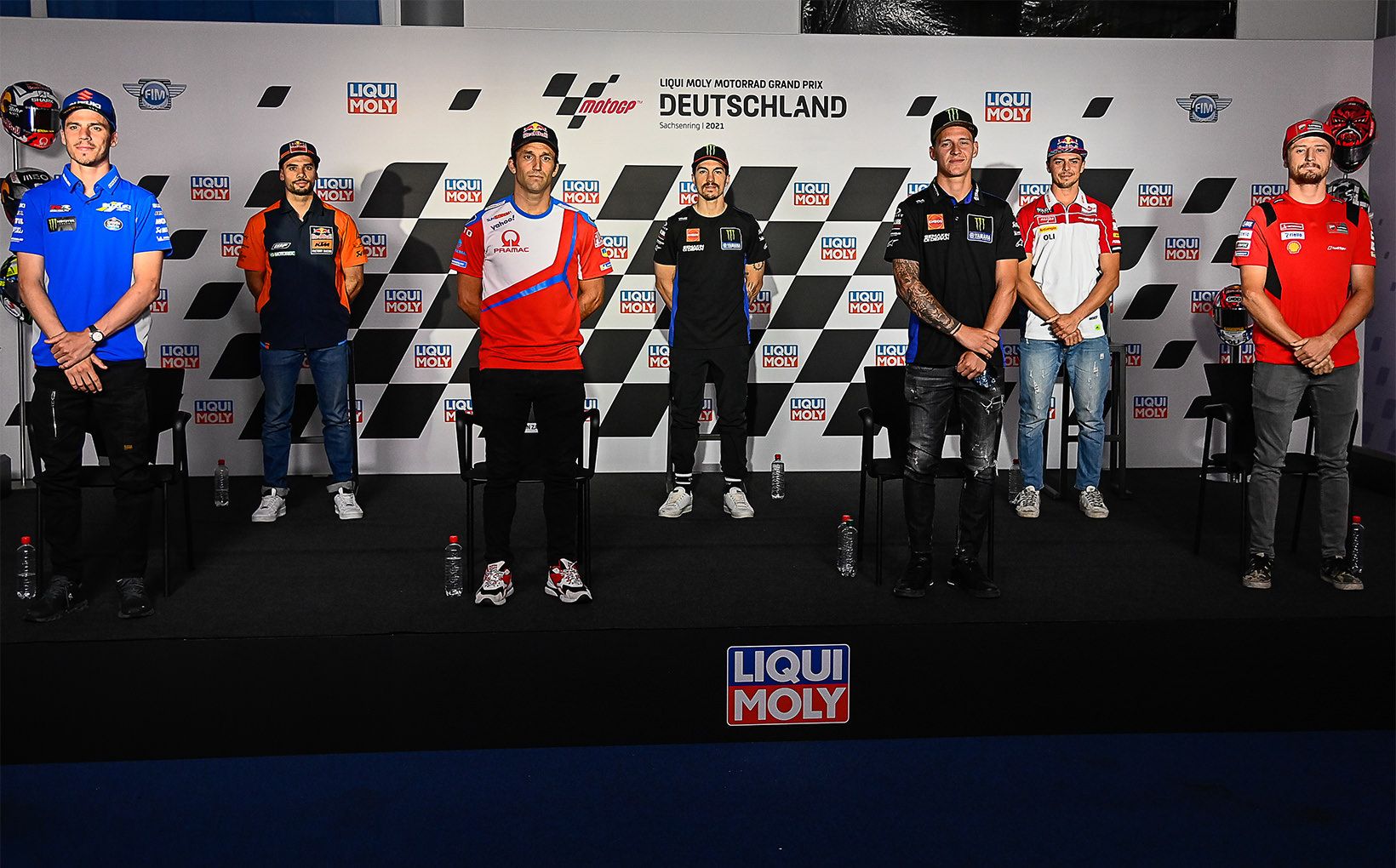 Welcome to the German Grand Prix weekend where the Marc Marquez name dominates the records. We have a renewed Marquez at the circuit this weekend who is excited to be at a circuit that is less physically demanding on his shoulder and arm region, so we are very curious to see how he performs on board the Repsol Honda at a race he loves! After the first session, it is clear that Marquez wants the glory and is already at the top of the time sheets. The rivals watching the Spanish World Champion closely do believe that he will be a contender this weekend to battle. Whilst MM93 works his magic, Jack Miller and various other Ducati riders are excited about the GP21 and its positive points. They feel the Ducati is definitely strong and will adapt quite well all things considering at a circuit that usually pushes them to the limit. This year we have witnessed certain manufacturers shine and others struggle even at circuits where they are meant to be powerful. Considering the fact that we had no race here in 2020, the rides are very excited to get underway and enjoy such a picturesque circuit layout.

In order to be the best in 2021, you have to push beyond the negativity and tracks where you may suffer. Courage is required and a good start from the first practice session. There will be tumbles, crashes and questions around set up as we get underway on German soil. At present, Miller and Pecco Bagnaia feel good, Johann Zarco is a dark horse and a thorn in the side of others whilst Jorge Martin finds his feet once again after his major accident and regaining the confidence to push. At one stage, Martin thought his career was over, so it is great to see him back in action and feeling strong enough to put himself on track with a competitive edge. The Ducati squad are quality and we are thoroughly enjoying the journey as they showcase a quality product to the world.

“After the test day in Barcelona, the week between races went very well to recover. In this test we worked a lot and now we come to the Sachsenring where I have always enjoyed riding in the past. This year of course we arrive in a different position, but hopefully the layout should allow us to be more competitive from the physical side. Let’s see what the weekend brings.”

“We arrive here in Germany after a good day of testing in Spain. It has been a hard few races so it is important to keep our focus and do what we can this weekend. The Honda has been strong here in the past and with what we found in the test I hope that we can make some steps forward. Everything in MotoGP is so close so even a small improvement will help a lot, especially on Saturdays. We now have two races before the summer break, we want to head into the break on a positive.” 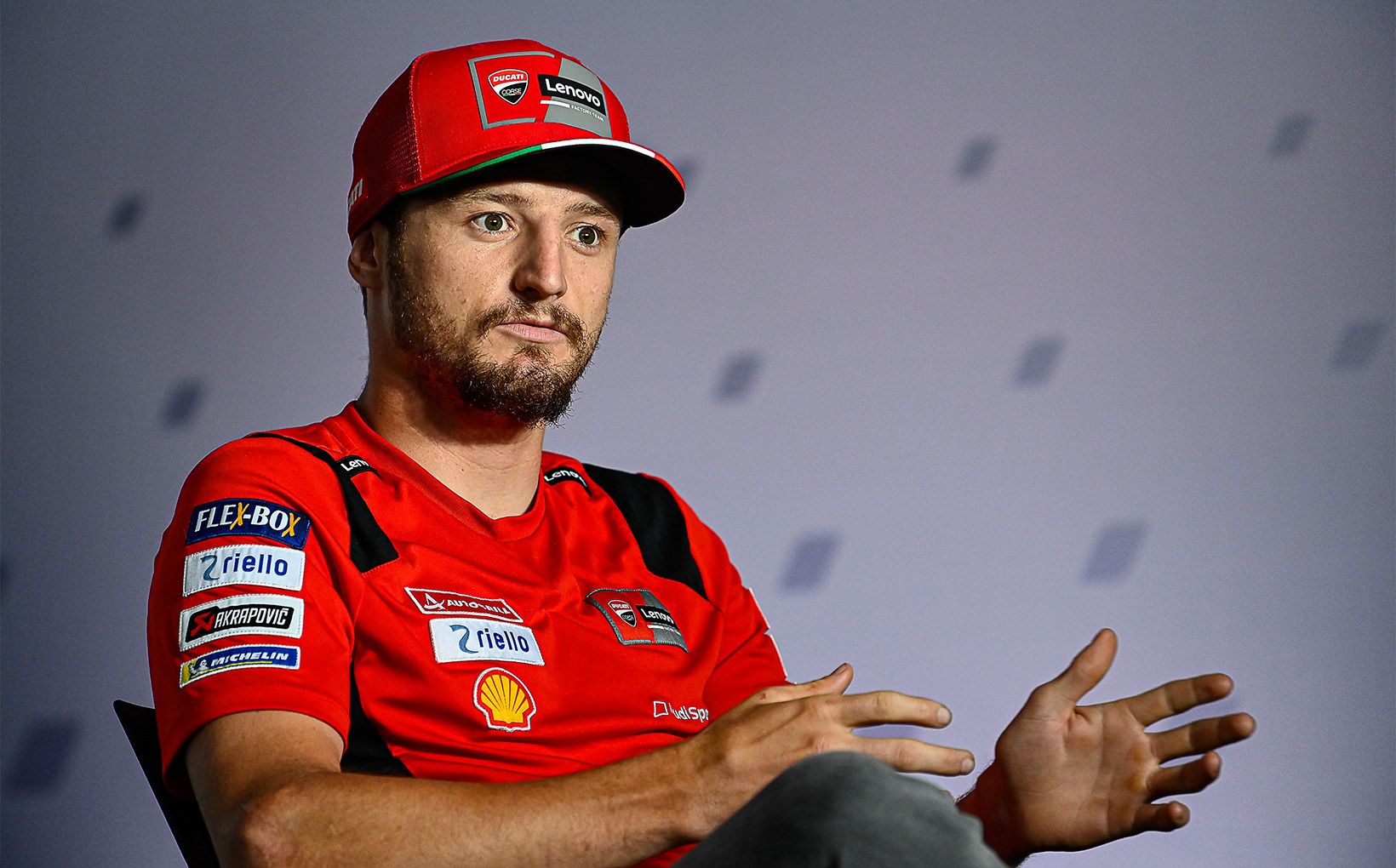 "After almost two years, we're back racing in Germany, at the Sachsenring. It's a very peculiar track, and it's also one of the shortest on the calendar. Ducati isn't one of the favourites at this circuit, but this year we've managed to be competitive even on tracks that should have been difficult for us. We've had another good weekend at Catalunya, and my feeling with the Desmosedici GP continues to be very good, so I'm confident that I can fight for another good result at this Grand Prix”.

"We're at the eighth round of the season and the penultimate race before the summer break. It's a crucial moment for the Championship, and it will be crucial to get a good result this weekend. Sachsenring is definitely not one of the best tracks for our bike's specifications, but I am confident that we can do well this year. As always, it will be important to be competitive right from the start of the weekend! I can't wait to get right back to work with my team”.

World Championship leader, Quartararo, will have his work cut out for him in order to stay at the top. If his rhythm is thrown off course and constant reminders pushed about his race suit zipper, it is going to be hard for the French rider to concentrate. The goal is clear, that is for Quartararo to outperform the remainder of the grid to ensure the points gap is extended and not cut. In comparison, we are still waiting for Maverick Vinales to show up since the first race of the year. At present, Vinales is not yet at the level of performance that he should be. We feel the added value and asset of Cal Crutchlow will definitely assist in this department. The British rider has been brilliant in testing and providing crucial insight to improve the overall Yamaha package. The value in having a test rider like Crutchlow is proving to be worth the weight in gold, as Yamaha continue to be at the front of the World Championship standings and race weekends. 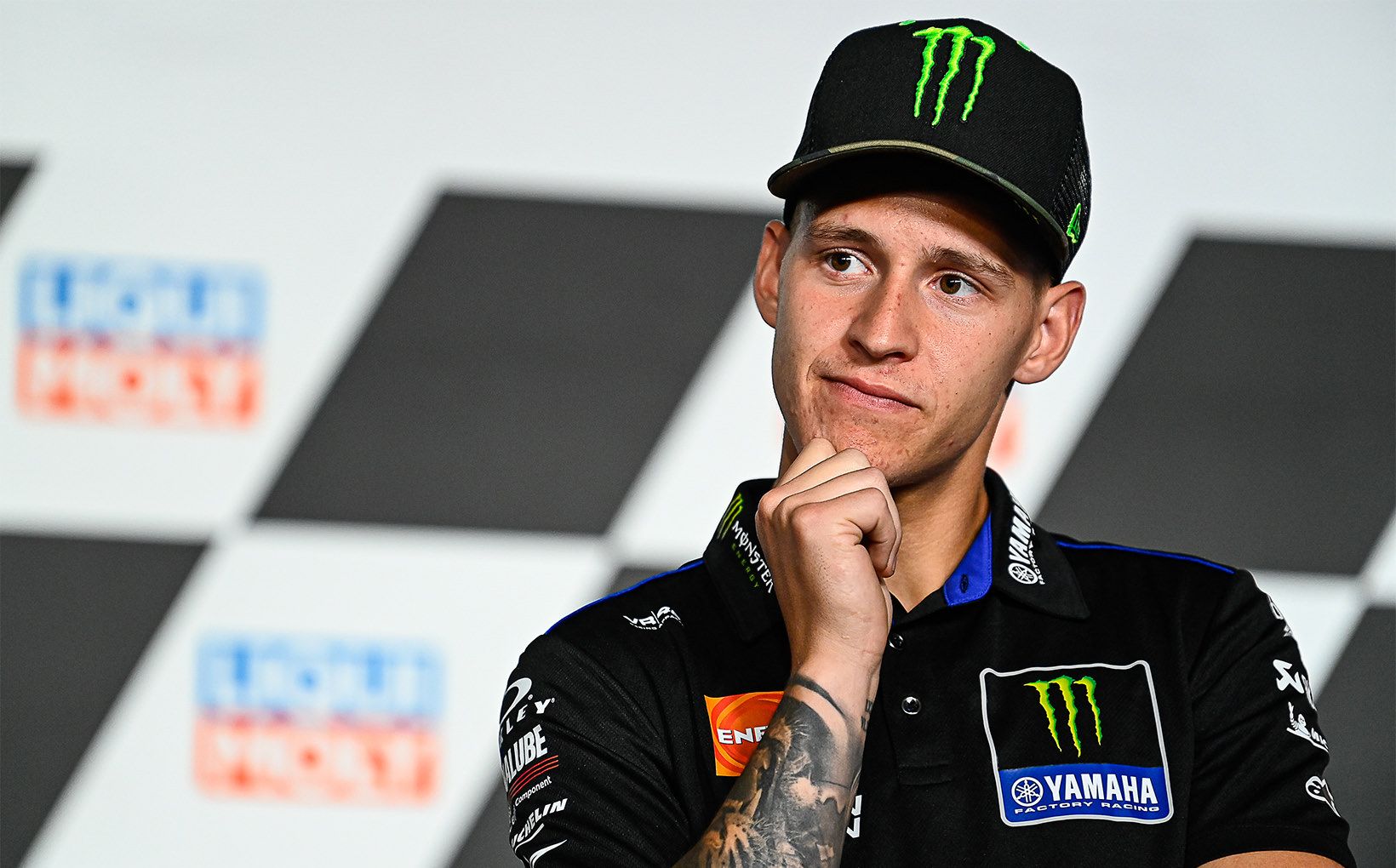 “Thanks to the work we did at the Catalan Test we have been able to prepare a setting for the Sachsenring that we feel quite confident about. This is not my best track, but I’m looking forward to start riding here anyway. We have had a good pace all season so far, so I’m happy with that, and I hope to be able to get a good result this weekend.” 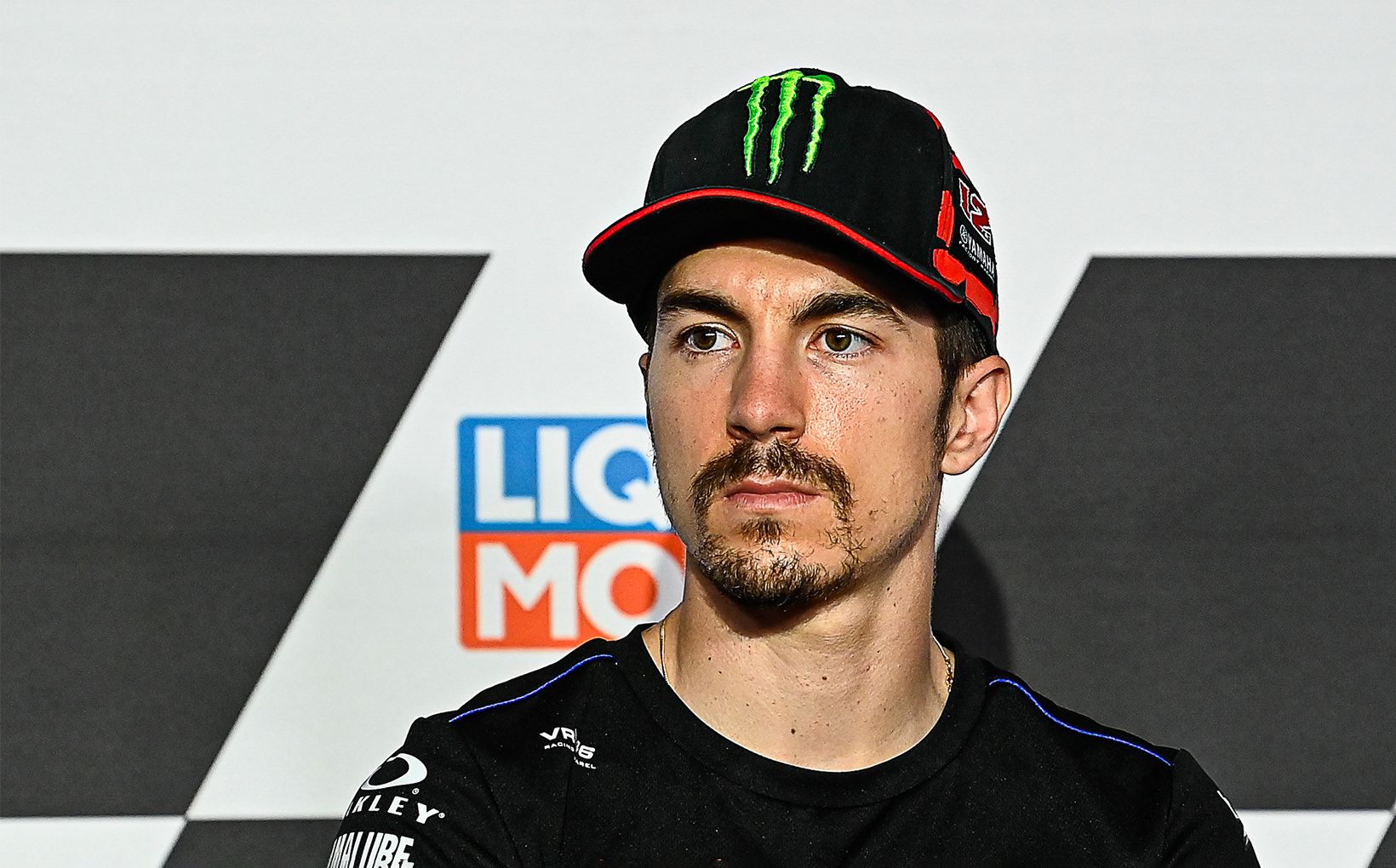 “We’ve made another step at the test in Barcelona, so little by little we are improving. I really can't wait to see if the changes we’ve made during the test will help us at the Sachsenring. It’s a track that’s quite narrow and different from other circuits, but I have scored good results here in the past. In the last two races at the Sachsenring, in 2018 and 2019, I finished in third and second place respectively, so I hope that this year we can also do a good job.”

At present, the most frustrated rider of the lot still is Franco Morbidelli. He wants to be on the same level as the other Yamaha riders with an update to date bike package. In amongst this drama, Valentino Rossi is expected to announce his VR46 2022 MotoGP machinery in between Sachsenring and Assen. We are excited because Gresini have just announced their partnership with Ducati as a satellite team and contracting Enea Bastiaini and Fabio Di Giannantonio to lead the charge for them which is very exciting to witness. Paolo Ciabatti has even hinted that Ducati is very close to an agreement with the VR46 team, so we could see a Ducati domination impact take place. We do miss the presence of Fausto Gresini who would be so proud to see his brand inking such a deal. The family not alone, the management team not feeling isolated and support very clear which is nice to see as MotoGP is like one big family unit intertwined with competitiveness.

“We’re incredibly happy to have reached this agreement with Gresini Racing for the next two MotoGP seasons. We had laid down the foundations of a possible agreement with Fausto already at the end of last year and we would like to thank - from the bottom of our hearts - his family for carrying this project forward with us. Gresini Racing has been an especially important institution in MotoGP for many years and we are confident this partnership, which can count on two very talented riders such as Enea and Fabio, will be of great satisfaction for all parties involved.

“We have the positives from Friday and Saturday at Catalunya, and also from the test there, to take with us to Germany this weekend. I hope that we can use these and be stronger at Sachsenring, but of course we will have to see what happens when we get there. It’s a nice track, very tight in places, and I’m looking forward to being back there this weekend. In fact, I remember the first time that I rode here in Moto2. I didn’t know the circuit and I was fighting for the podium in the race! I’m looking to face these next two races before the summer break in the best way possible.”

“We had a good test at Catalunya; we tried some settings that we wanted to look at and my pace was good. I was in the top-ten and the feeling was positive. I hope we can continue this in Germany and have a good weekend, where our race goes like we expect. It’s a very different track to the others, with a lot of the corners on the left and this makes it quite a tricky circuit, it can be very difficult sometimes – but I have had some great battles in the past there, especially in 2009! I’m looking forward to returning there after we could not race there last year.”

In great news for Suzuki fans, Alex Rins has been cleared to ride and Joan Mir is aiming for a top result after riding in Germany for his rookie season and staying within the title fight to the best of his ability. No doubt, the pressure on Rins will be evident as he still heals from the trauma of his injury and recouperation from surgery. These athletes are truly remarkable in their ability to push beyond the pain, put the gloves and boots on and go hard for points, victories and wins. Suzuki are still lacking in certain areas, so we are intrigued to see if the Catalan test provided them with some tips, tricks and insights to improve in order to really shake up the results at the front of the grid. 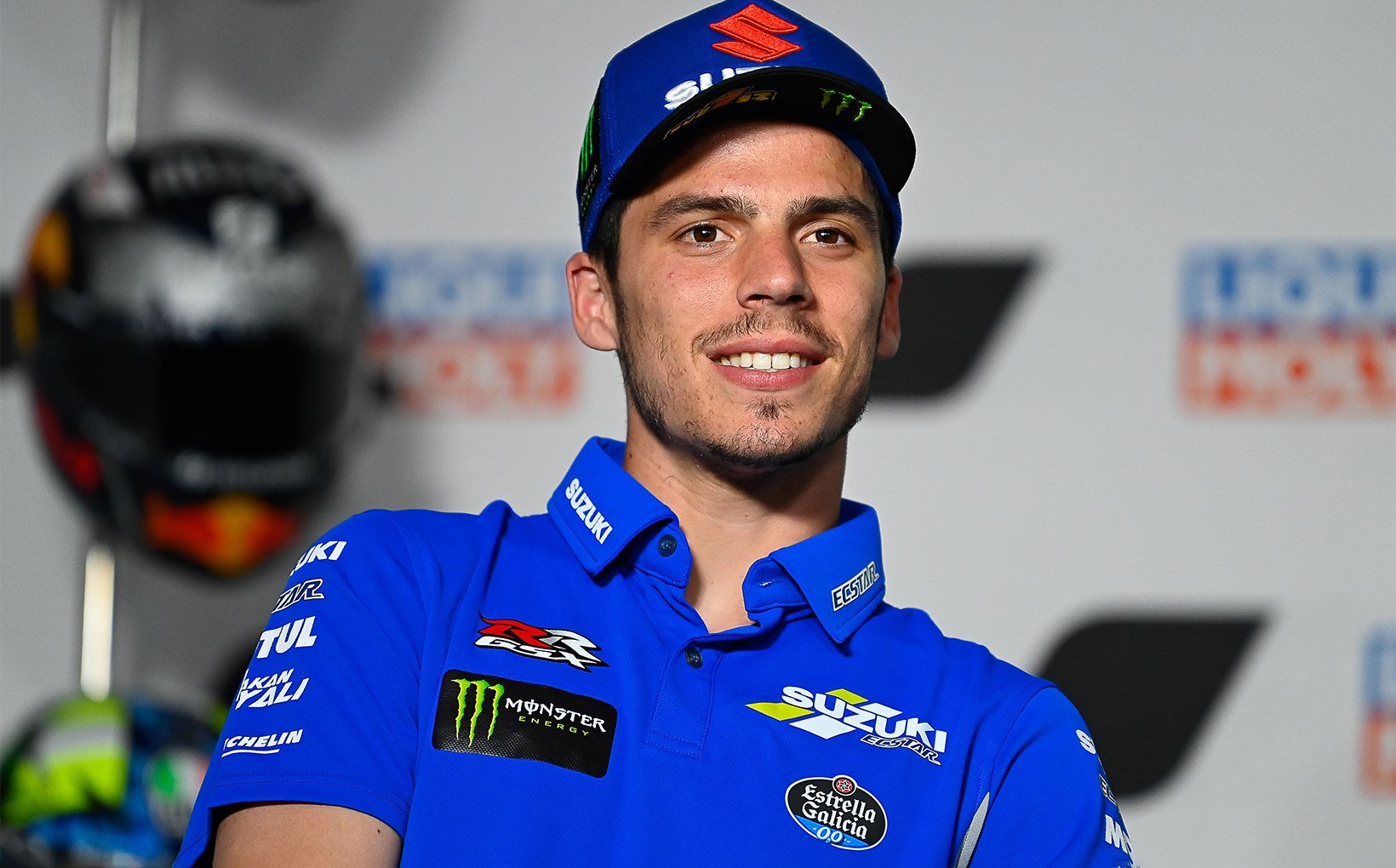 “It will be good to ride in Germany again, I was here in my rookie season in MotoGP and I did well, but obviously we missed out on coming here last year. It’s a circuit I like, it’s quite technical with a lot of ups and downs and blind corners. There are far more left turns that right, so it’s important to make up the difference in the lefts. Tyre management is important, and you have to be very precise with your lines. There are not many good overtaking spots, but there’s the first corner and also just after the waterfall section, although in general it’s a hard track to pass at. I’m looking forward to trying for a strong result.”

“I went to see Doctor Mir for some checks and I feel quite well. He took out the stitches and the bone seems almost fixed. I have some pain when moving my wrist, so I will keep working on my recovery during these days. In any case, I will try to give it my all. We didn’t race in Sachsenring last year, so I’m really looking forward to getting back on track here in Germany. I’m very pleased to be back with the team; I can’t wait to see them all and return to racing with my GSX-RR.”

Sit back, relax and enjoy the race event as the circuit is sure to please with ups and downs! Without a doubt, Quartararo will be wanting to ensure his leathers are zipped shut and with a new closing mechanism seen, the rules are very clear if he manages to eject himself from the suit once again.