The fifth round of the MotoGP World Championship is underway at the Austrian race circuit known as the Grand Prix Of Styria. The biggest news is that Johann Zarco has been penalised and will start the next race from pit lane if he does not partake in this weekend’s event. The French rider has also had surgery on his wrist as a result of a fractured scaphoid. It was a real test of his character to face the stewards and defend his actions, although this time it did not go his way. There are thoughts that maybe Zarco will race Sunday and not utilise the practice sessions to stress his injury although maybe it would be a good idea to skip the Grand Prix altogether and just arrive at Misano fit as a fiddle. 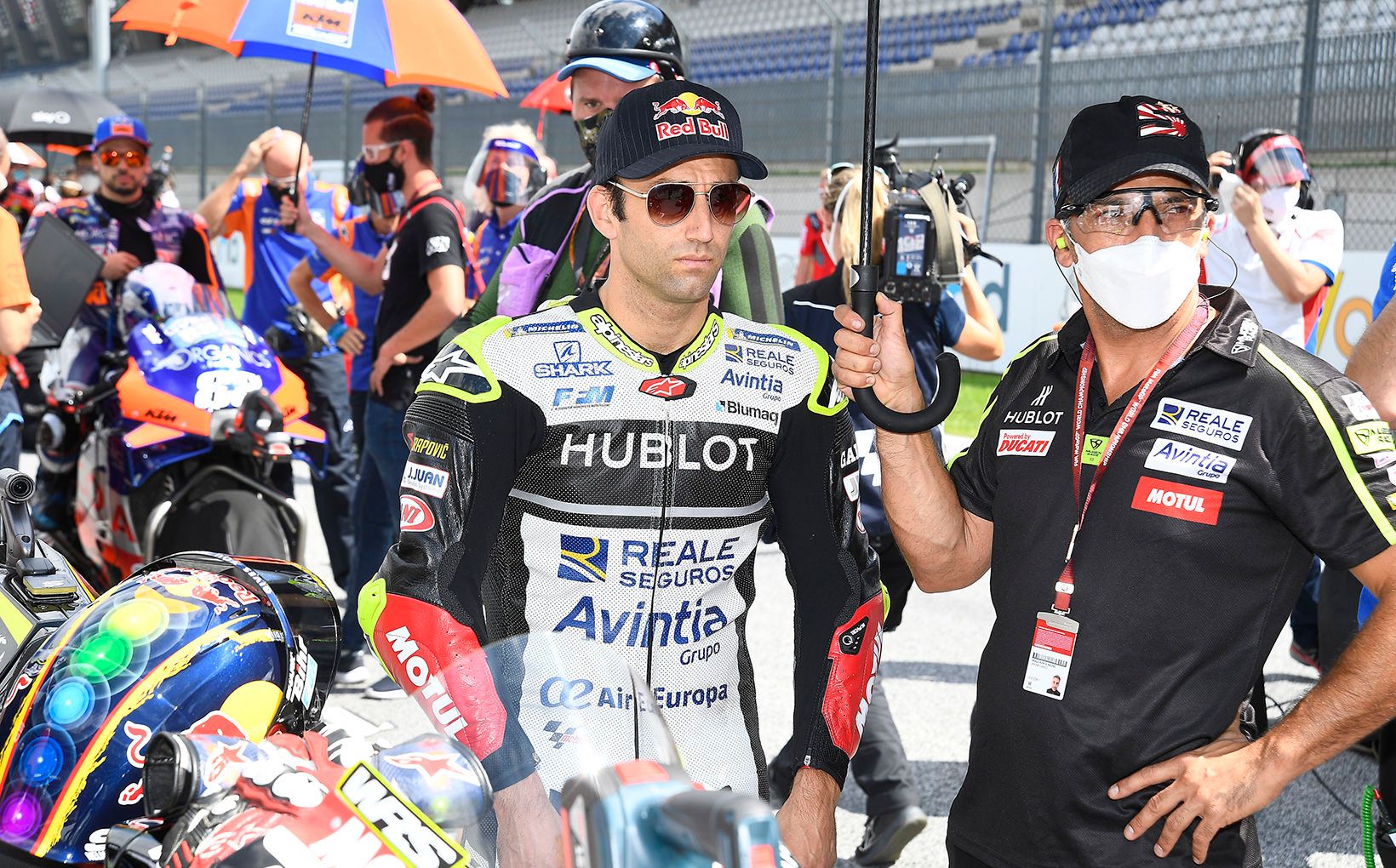 “The operation was good. Now I need to wait 48 hours for the medical check, so tomorrow I will not ride the bike, I hope I can do it on Saturday. After the surgery I’m getting better, but I don’t feel ready yet to ride. I hope that waiting 24 hours more I will feel better and I can do some laps on Saturday to improve the feelings with the bike. To miss tomorrow the two free practices it’s not a big drama because we have last week references and the bike is fast in this track. Today I had the meeting with stewards to explain everything well about the overtake to Morbidelli and contrast it with the data. I didn’t do anything crazy so I hope they understand this, and we will wait to the final decision.”

All eyes will be on the Monster Energy Yamaha MotoGP Team this weekend to see how they shape up after such a close call last weekend. There will be inner demons and fears no doubt as they enter and exit the relevant corners. It will be interesting to see how Valentino Rossi feels as no doubt thoughts of retirement crept in although he has mentioned he will be on the grid for 2021. Vinales will be wanting to improve because he is the one putting more stress on his title chase by poor starts and issues upon a race restart. Last weekend, he blamed the clutch, let’s hope this weekend he is on point and not suffering from too many challenges that shake up his mentality and focus. 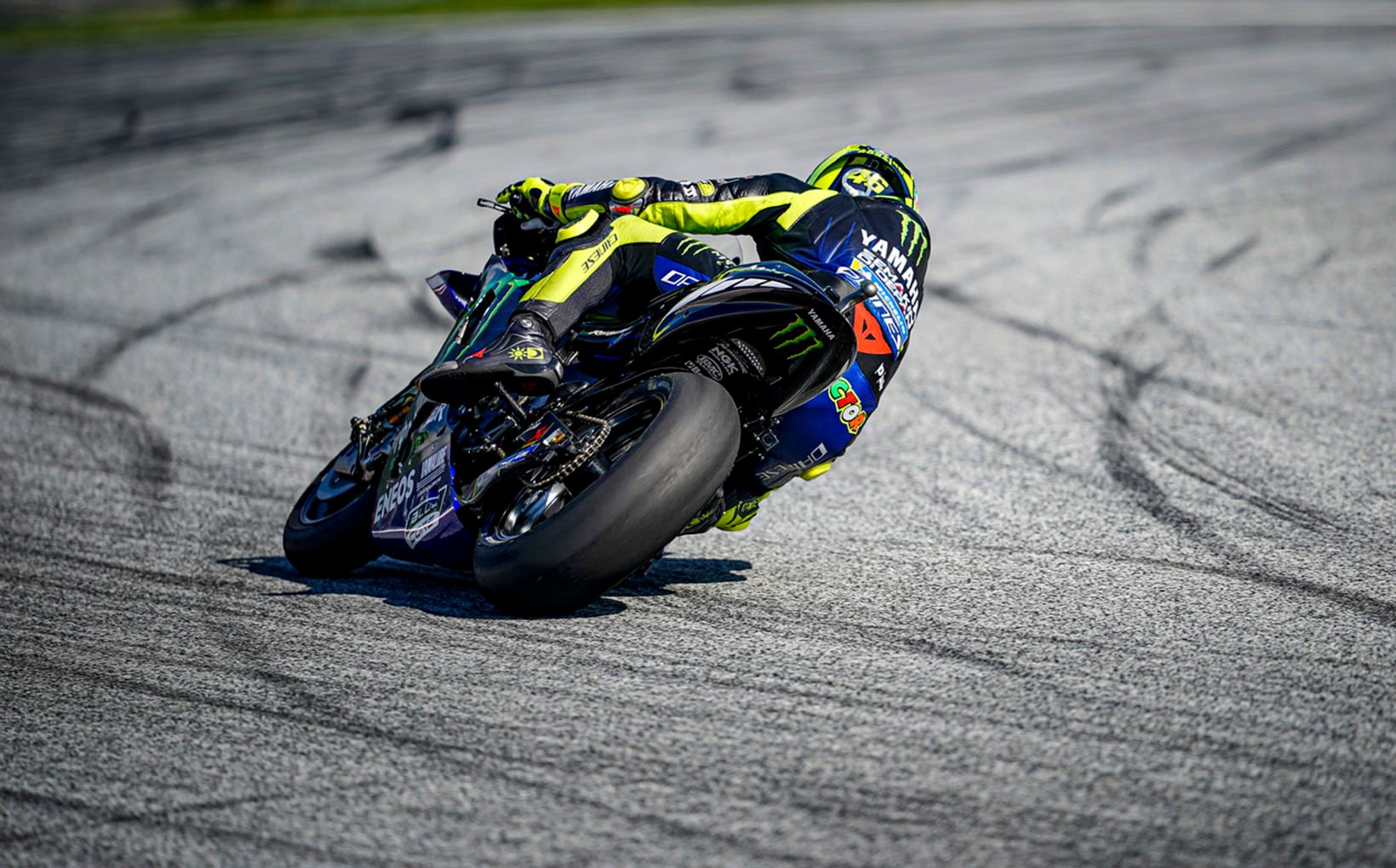 “Last weekend’s race was scary. In the end all riders are okay, and that’s the main thing, but there is a lesson in this for all of us, especially the riders. We all have a lot of fun on track trying to finish in front, we all enjoy the battles, but in the end your own safety as well as that of the other riders is more important than any amount of gained positions. With this in mind, I think we will all be able to enjoy this upcoming GP even more. I did a good Race 2 last Sunday, and fifth was okay, but I think that we can do better, so let’s see what we can do this weekend.”

“Last Sunday was a bit mixed. Valentino and I were very lucky not to get hurt in the incident in Turn 3, but I’m disappointed about what happened during Race 2. Thankfully, we have another opportunity this Sunday to show what we can do. My pace was really quite good towards the end of last week’s race, so I think that if we work hard, we can take some championship points back this weekend. That’s our target.”

We are excited to see Franco Morbidelli back and fit this weekend after a horrific accident that made him say some things about Zarco that were in the moment of pure frustration, hurt and pain. There have been some changes to turn three as a result of the incident. “A new wall has been built to make sure nothing can run on and re-enter the track. The wall is constructed of FIA fencing, tyres and an air fence.” There will be critics who argue that this modification would not have stopped the bike and that there is every chance anything else could arise depending upon the trajectory of a crash. There will be hesitance, fear and adrenaline guaranteed. Morbidelli utilised some time to return back to Italy which appears to be a blessing in disguise for his mindset and comfort levels. This is where you see the real courage of a MotoGP rider to push past a harsh experience and re-focus to come back stronger. It really defines who they are as athletes. 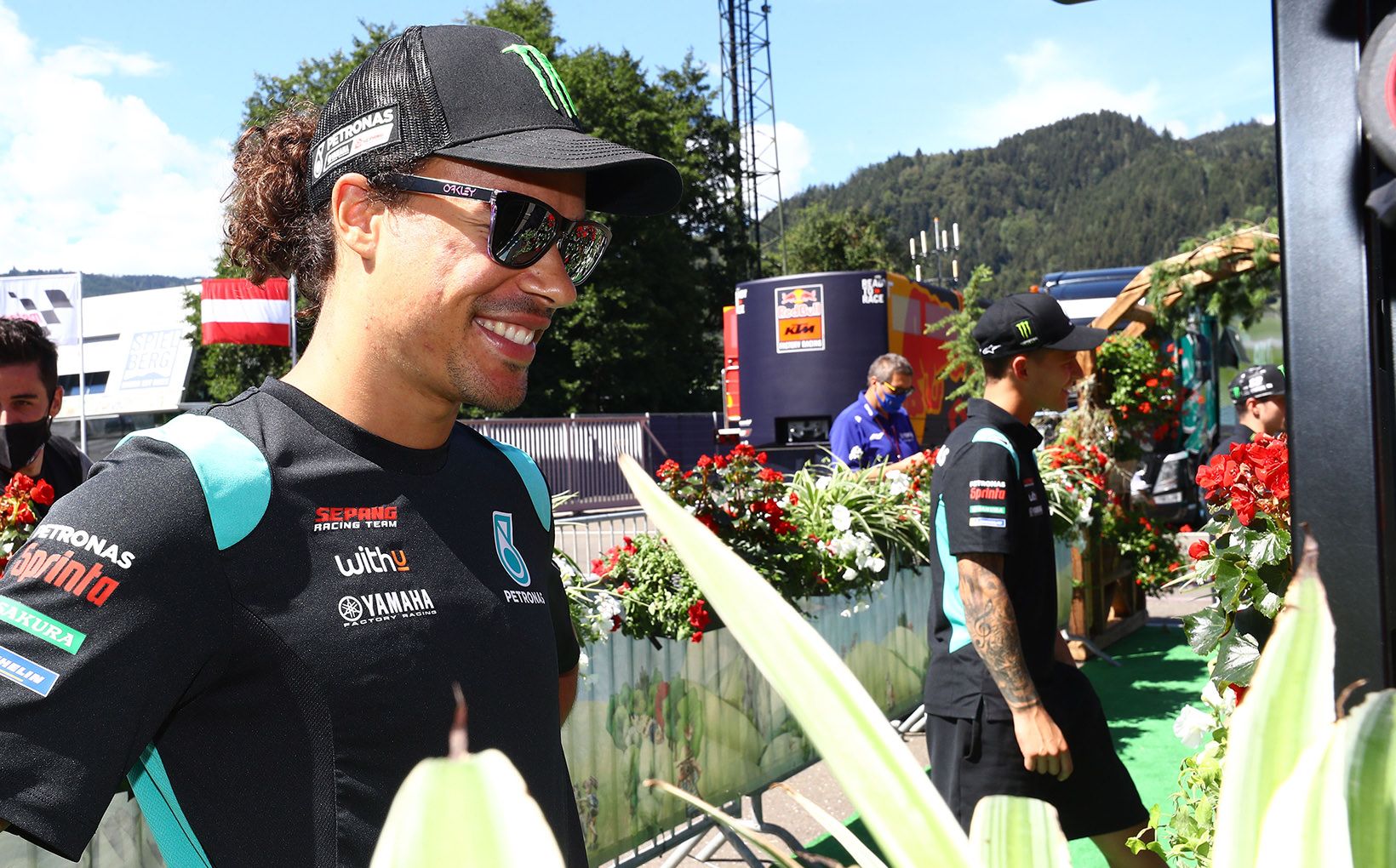 “After the race I came back to Italy to rest at home. I’ve been resting these past few days and making sure I am as prepared as possible for this weekend. I am thankful that I am fine and that I didn’t end up with a serious injury - the right side of my body is still sore, but better than I could have expected after that crash. I’m really looking forward to starting the weekend and focusing on racing again. I want to see how I feel on the bike on Friday, but I’m confident that I’ll be ready. I know that we might have another tough weekend ahead and we need to score as many points as possible. My team has worked so hard to give me the best bike possible and I hope to go out this weekend and achieve a great result for them.”

This circuit has not been an ideal one for Fabio Quartararo and it is really pushing him to the limit. It is his World Champion to lose if you think about it as everyone else can gain. Some will say it is not the same having Marc Marquez on the sidelines and others will say it is a good change of direction for the sport with so much competition. Quartararo has to step up to the plate because if you want to win, you have to be dynamic at all circuits regardless of the adversities. Within a couple of races, you could be taken over by a more experienced rider like Andrea Dovizioso or a rookie rider like Brad Binder. 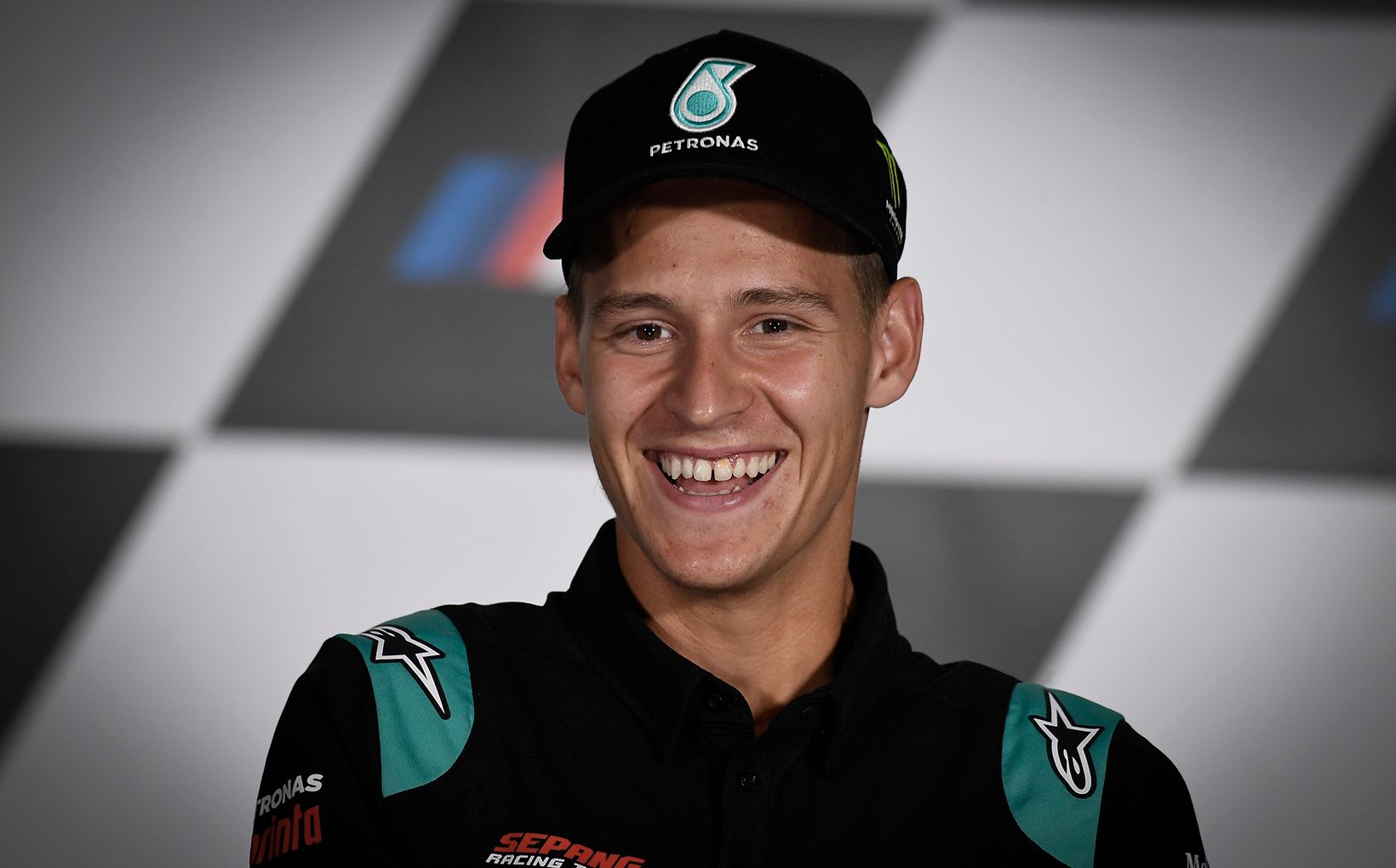 “Although this isn’t one of the strongest circuits for the Yamaha, we had a really good pace last weekend. It was a shame about the issue with the brakes because I think we could have finished in the top-five. This weekend is another race though and we have to take each one as they come. The team is working hard to make sure we don’t have the same issue and I’m confident that we can have a better result on Sunday. I’m hoping that we can be within that top-five and score as many points in the championship as possible.”

If you were in Dovizioso’s shoes, how would you approach the remainder of the season whilst lining up a ride for 2021? The smile is definitely back and it is nice to see because Jack Miller is also pushing Dovi to be a better rider on board the Ducati machine for the remainder of the year. Miller is upset that he will not partner the Italian rider who has been the heart and soul of the red beast. Now is the time to learn from him and observe in the best ways possible with data at his fingertips that illustrates the smooth Ducati style that Dovi showcases during a race weekend. The Italian stallion is well aware that things can change from one race to the next even if at the same circuit. So he is ready to tackle the bull by the horns. 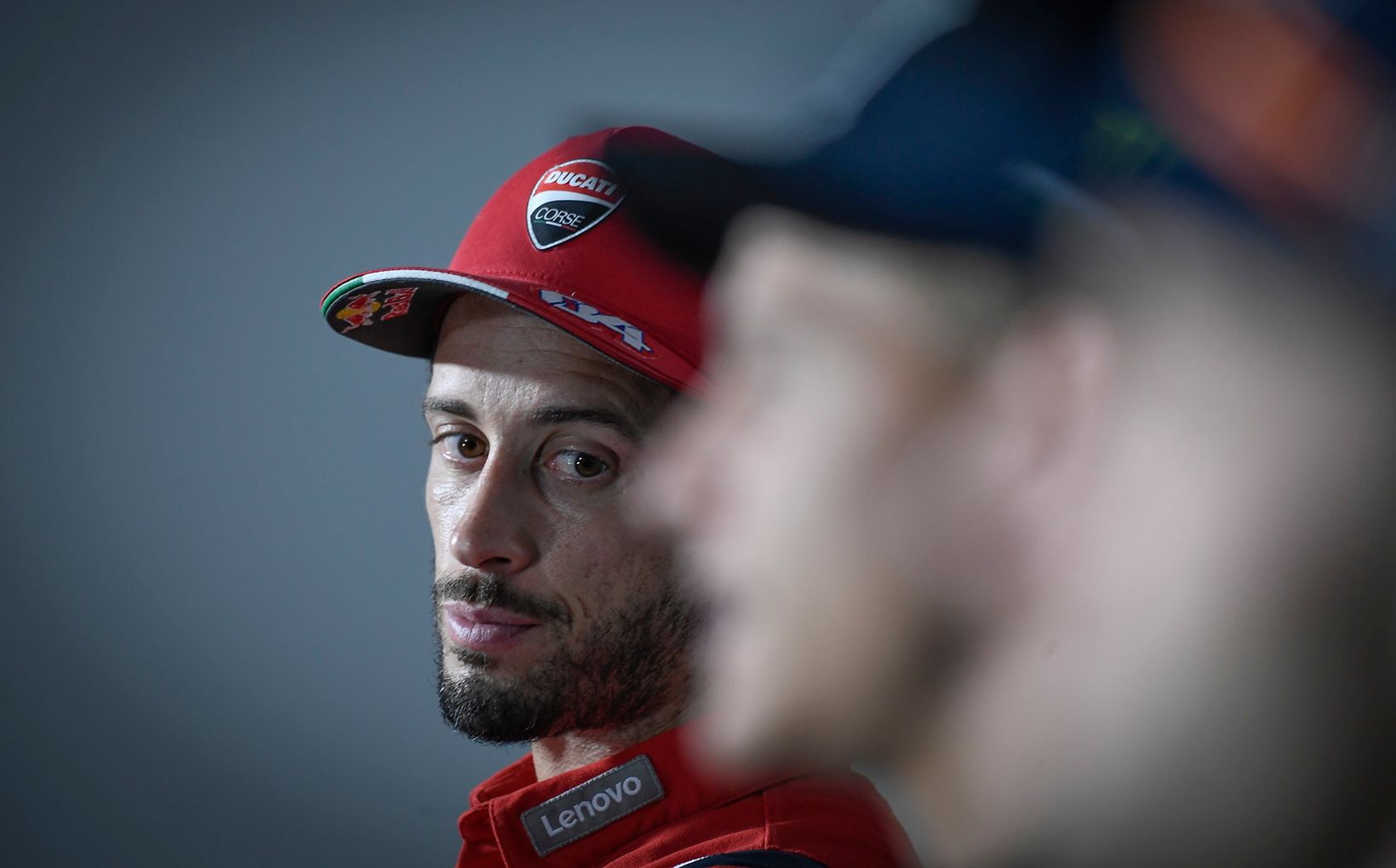 “After last Sunday's victory, I was able to disconnect a little bit during these three days, and now I'm preparing again for the second GP at the Red Bull Ring. Last Sunday's race will be a good reference to try to fight again for the victory, and now we have also understood that many of our rivals are strong and that they also have the potential to win. We've improved a lot in braking, but we can take another step forward by working on other aspects. The weather conditions will be decisive, and as we have already seen, they can change a lot of times during the weekend.” 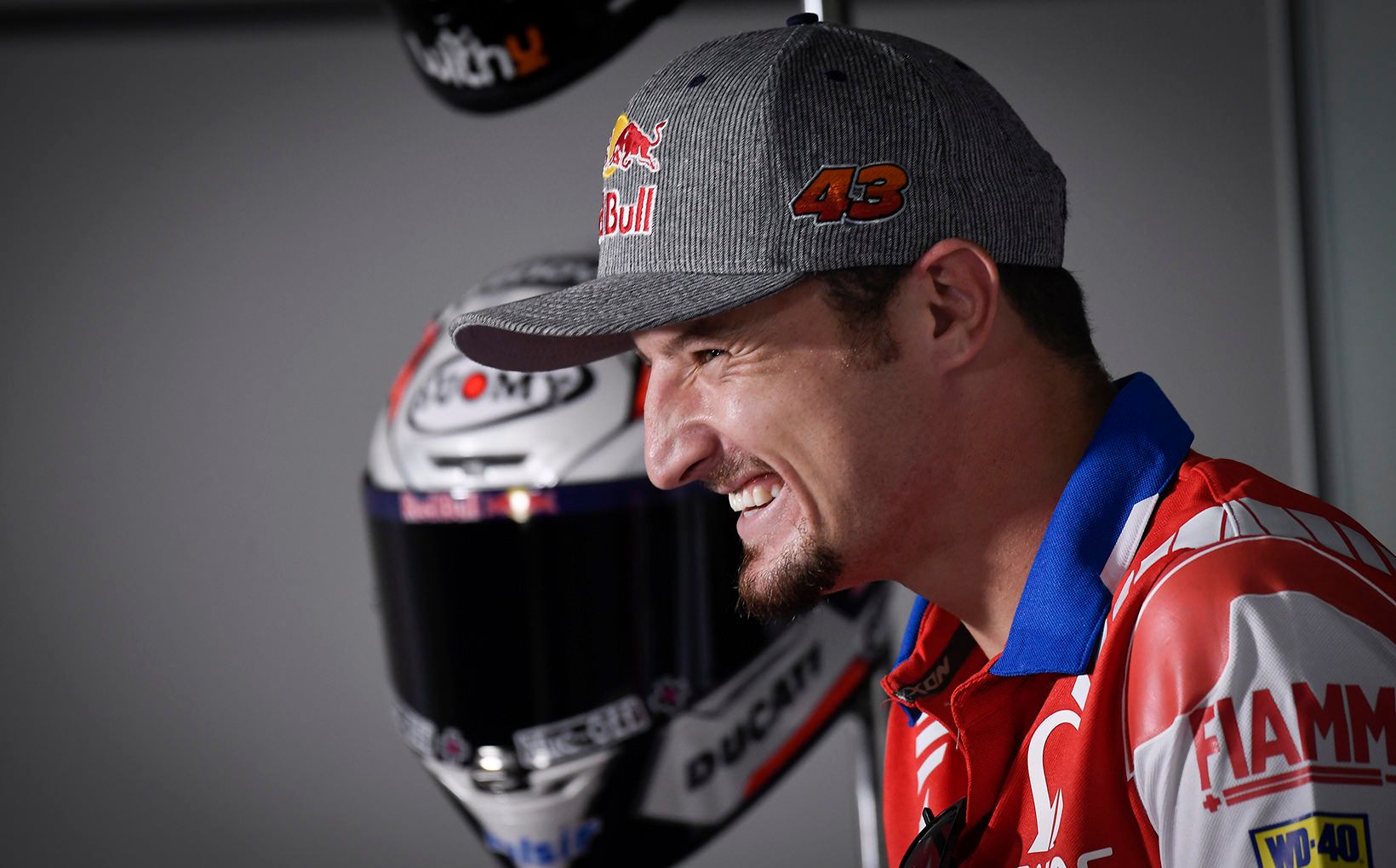 “The bike is working really well here, I can’t fault it. Much of the same this weekend hopefully. All the other boys will be faster again so we’re going to have to find something extra.” Miller can do it and he will see what he is capable of this weekend because if last week is an indication, he has the speed and stability to do so.

On the other side of a KTM garage, you have a rookie rider outperforming the experience Pol Espargaro who has been the man of ‘mistakes’. With that said, Binder must work hard during the practice sessions and qualifying in order to minimise the stress in starting mid-way to rear of the pack on a Sunday. He is learning to stop the bike from wheelie-ing, how it tuns, the carrying of speed in and out of the corners plus where he feels comfortable. We really like the riding style of the South African and can see him carrying the KTM brand with absolute passion, courage and determination. This is exactly why he was chosen to be in the KTM academy and work his way up the ranks. 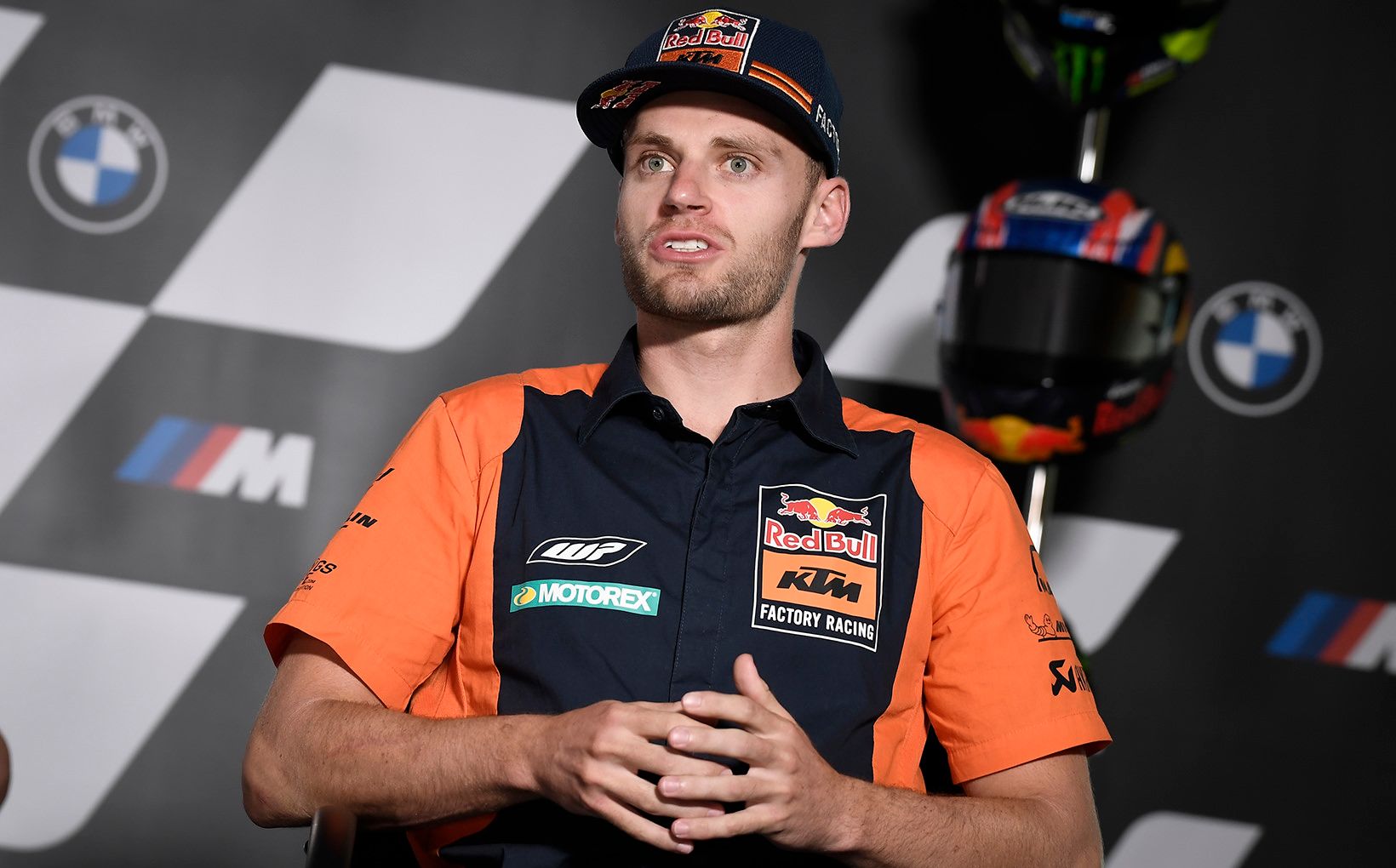 "I think the most important thing is I can really use the laps wisely now. When I’m on track I have a good base to work from and we can try and improve from there. Last Friday it was chaos, if I ended up doing 10 clean laps during the whole day that was is. But it’s always like this after a race for everyone though. I expect everyone has found something, seen where they need to improve and I’m looking forward to a good race in Austria."

Regardless of the missing Marquez, Alex Marquez has done a great job to stay on board and finish race by race with him learning all the time. Although 2020 has been a tough season for Honda with their main rider out, the Spanish rookie is proving his ability to work against the grain and bring home points which is far superior than how Jorge Lorenzo approach the Honda machine last year. Alex should be really proud of his riding ability to thus far considering it could be a lot worse. He is definitely trying. It is not the ferocity and performance of his brother although you have to let him stand on his own two feet otherwise he is the shadow of his multi World Champion brother MM93. 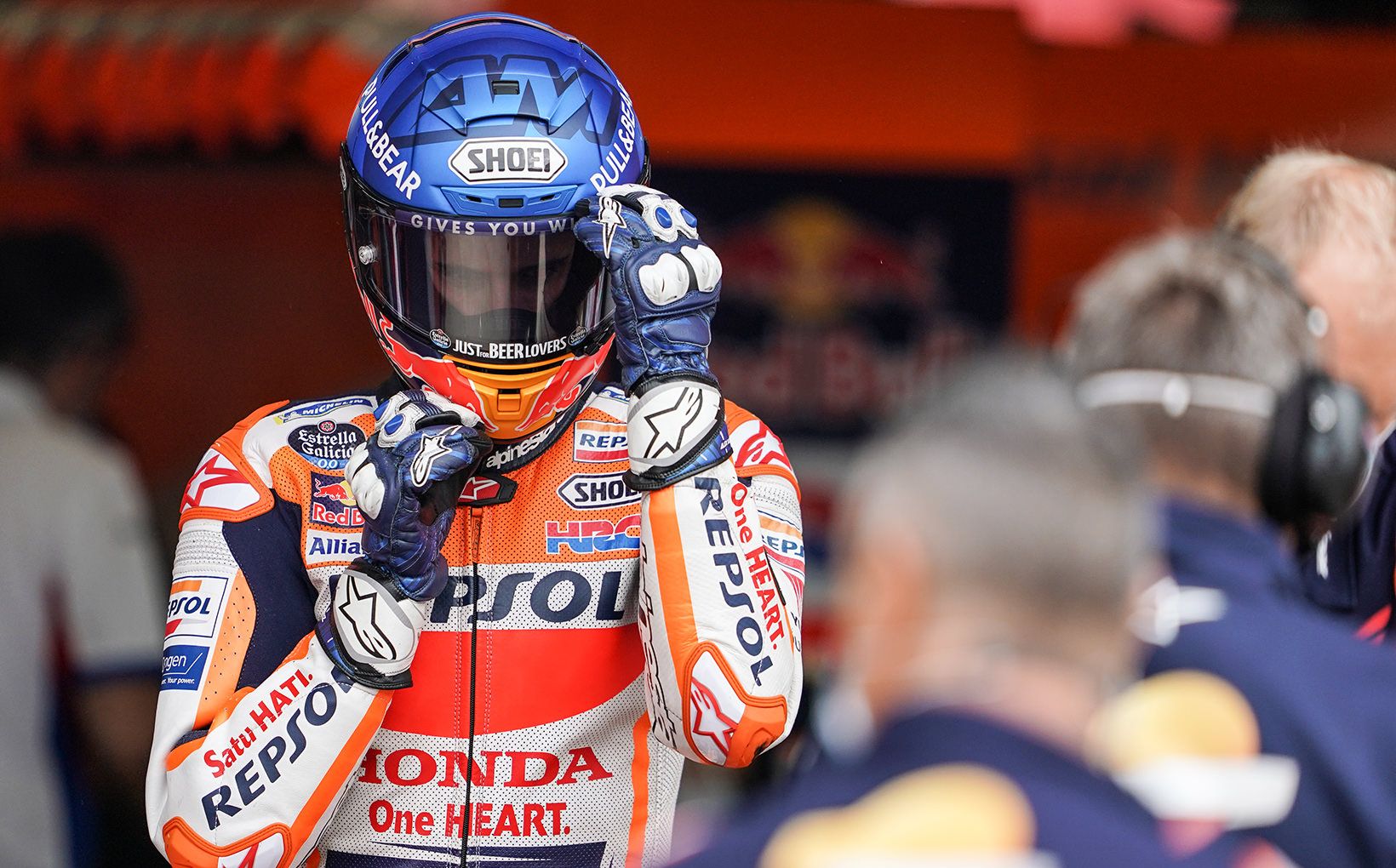 “The second of three MotoGP races in a row and the second time we will have more than one race at the same circuit. In Jerez we were able to benefit a lot from having two races so I think it will be an interesting couple of races. It looks like it will rain, a lot, so I will need to adapt to the RC213V in the wet. It’s a new challenge, but being a rookie is all about accepting the challenges and learning. Our goal for the weekend is to keep understanding the MotoGP class and close the gap to the front.”

Who do you think will win this weekend? Will it be a Dovi back to back, a Miller Thriller, a Quartararo getaway, a South African safari win by Binder or a surprise victory by a dark horse like Takaaki Nakagami…