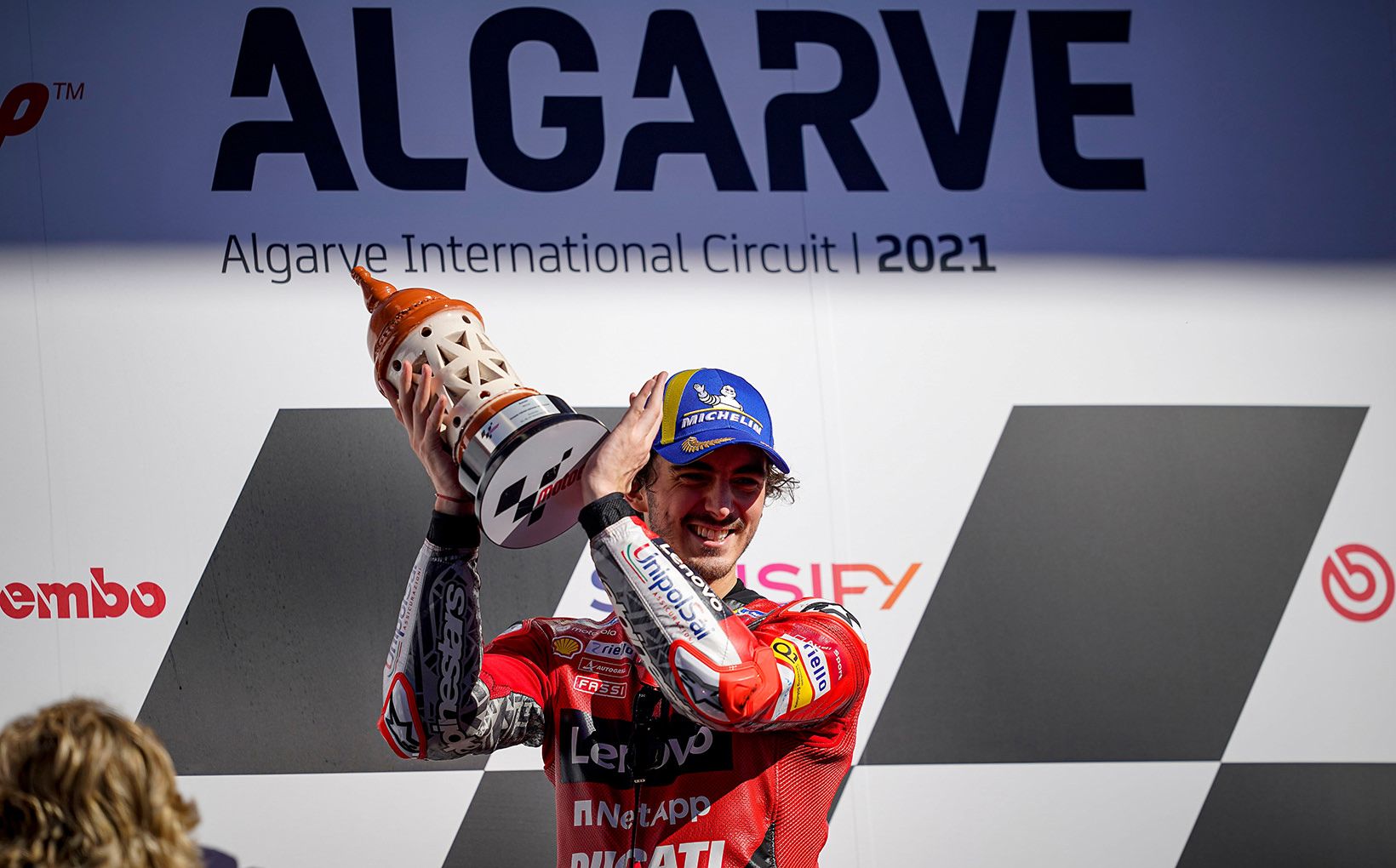 The 2021 Portimão MotoGP race was perfect for Ducati MotoGP team with both their key riders on the podium and the constructors World Championship secured. It was an interesting race of tactics, courage and focus with the Ducati riders on form all weekend and newly crowned World Champion Fabio Quartararo on the back foot all weekend long. What was meant to be a weekend of enjoyment, turned into the first crash of the season for the French rider. It was not the ideal finish for Quartararo considering his desire to fight tooth and nail with Bagnaia. At present, the Ducati rider is at a new level of consistency that is certainly shaping up a title fight in 2022. With the presence of Casey Stoner within the garage, he may also become a rider coach for the red outfit and assisting them to achieve the ultimate glory of winning a World Championship. 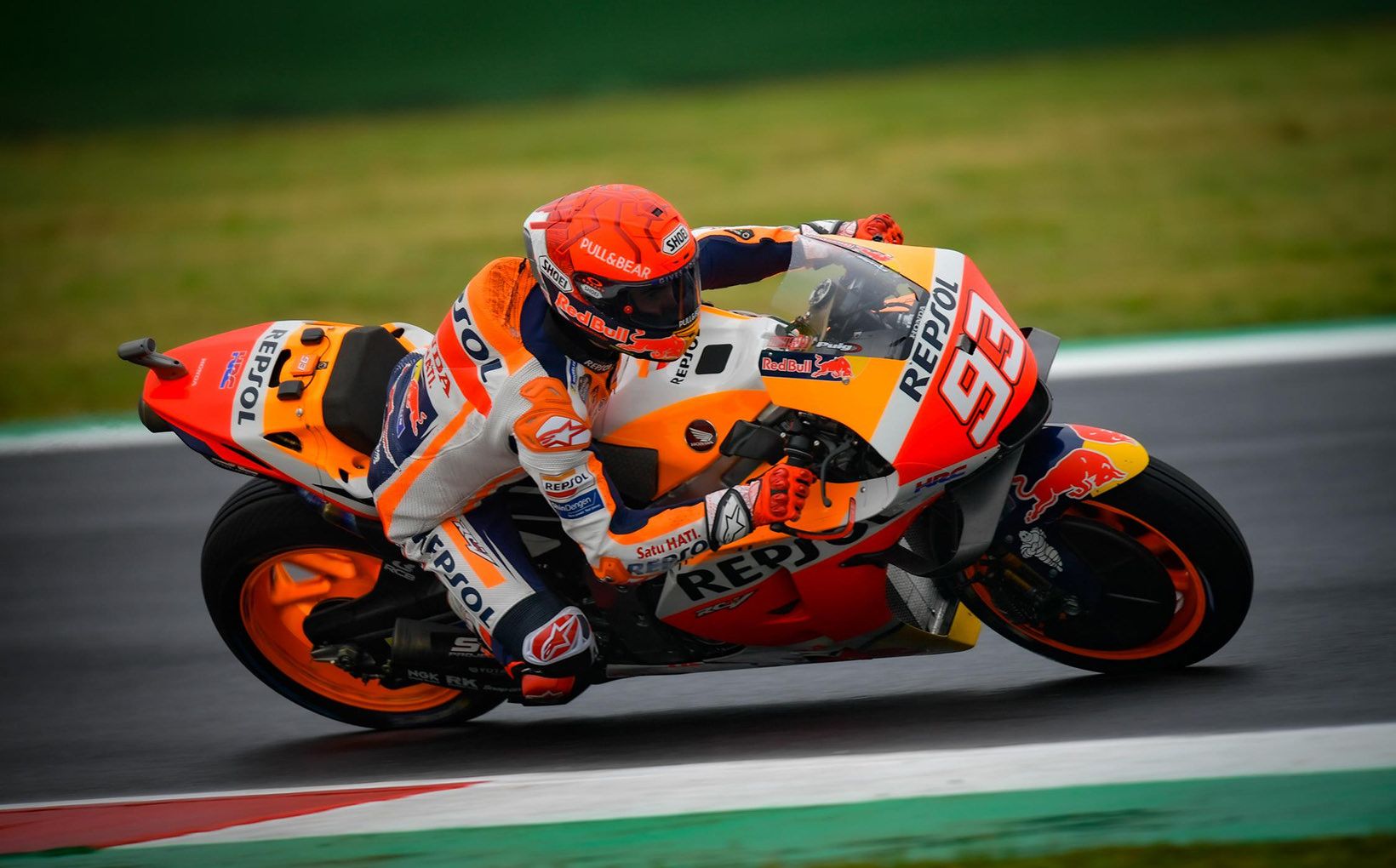 Last night, we had some terrible news arrive with regard to the fitness levels of Marc Marquez. Fans of MM93 will be upset as he will miss the upcoming Motul Valencia Grand Prix and post-season text in Jerez after suffering a training accident that resulted in a concussion and has also led to a serious eye injury, one he is all too familiar with which can be career ending for those unlucky. There is every chance he will heal, though the last 16 months for Marquez have probably been the worst of his entire career. There is a chance that it may not heal so we are prepared for all scenarios to play out. We are wishing the Multi-World Champion all the best in order to recover and come back stronger than ever. With that said, his title bid for 2022 may be on the back foot as a result of not being able to ride and in particular at the Jerez test where he was hoping to make a leap forward with the new Honda machine for next season. We are wishing Marquez a speedy recovery and for him to stay strong mentally and physically as he experiences another setback in his incredible career. His will and passion to win is sure to keep pushing him to get back to 100%.

“The examination carried out on Marc Marquez today after the accident that occurred has confirmed that the rider has diplopia and has revealed a paralysis of the fourth right nerve with involvement of the right superior oblique muscle. A conservative treatment with periodic updates has been chosen to follow with the clinical evolution. This fourth right nerve is the one that was already injured in 2011.”

“These are hard moments, it seems that when it rains, it pours. After visiting Dr. Sánchez Dalmau, a new episode of diplopia (double vision) was confirmed like 2011. We need patience but if I have learned one thing it's to face adversity with positivity.” 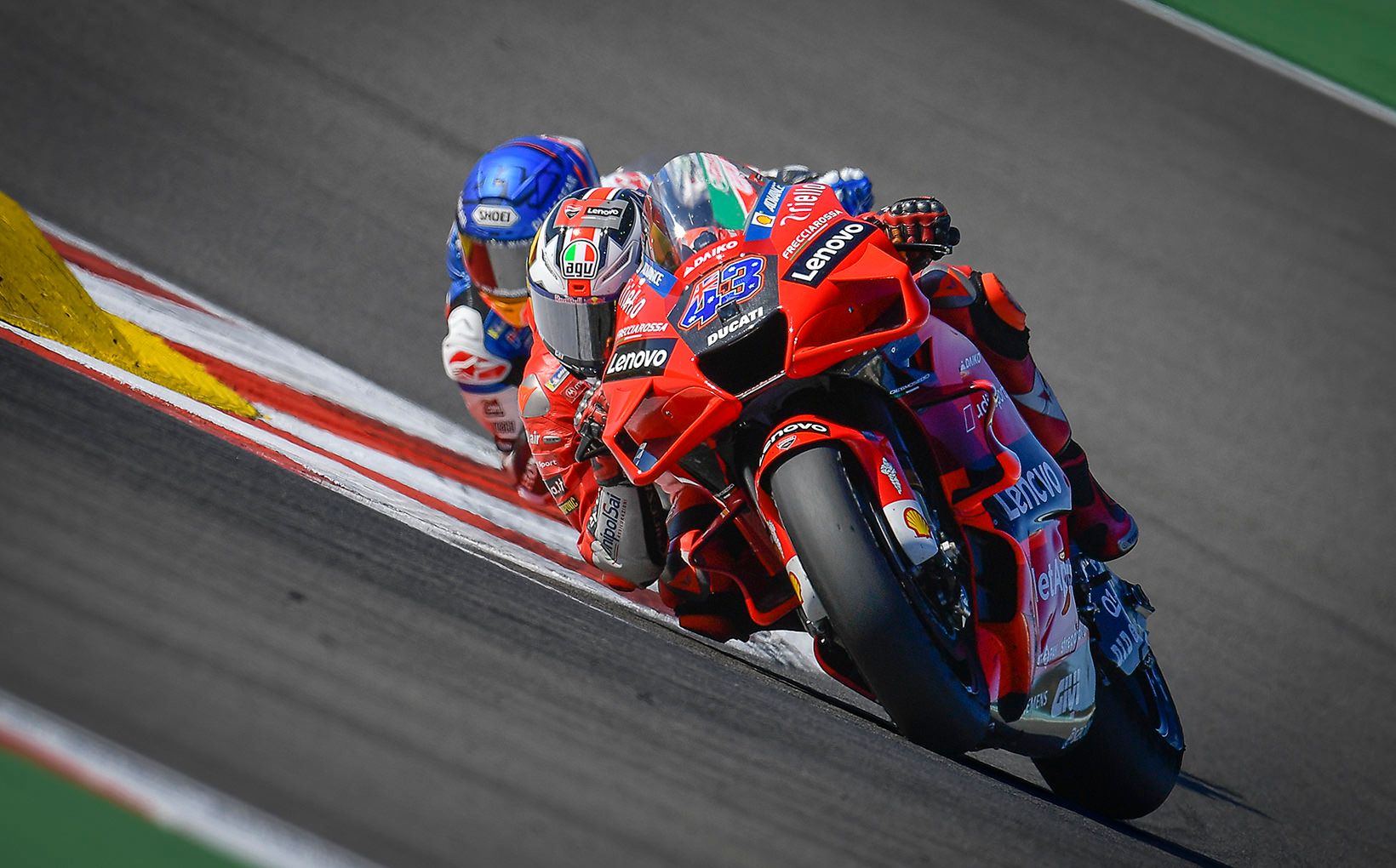 In terms of the Ducati team, the celebrations were well earned over the weekend with the Constructor’s Title Championship sealed and also a dominant battle between Miller and Alex Marquez that was going to be one for the ages. Both riders, pushing each other, elbow to elbow, wheel to wheel and then a red flag cutting that battle short. We would have loved to watch the final laps unfold, to see who was going to finish in third place, though Australian fans are stoked to see Miller back on the podium after a tough second half of the year. The airtime Miller was showcasing at the Portugal circuit was mental! His bike launching into the air and another reason why we love watching him race, living his career on the edge. In 2022, we need to see Miller as a title contender because what started out as a strong 2021 season, quickly became one of tyre issues and frustration. 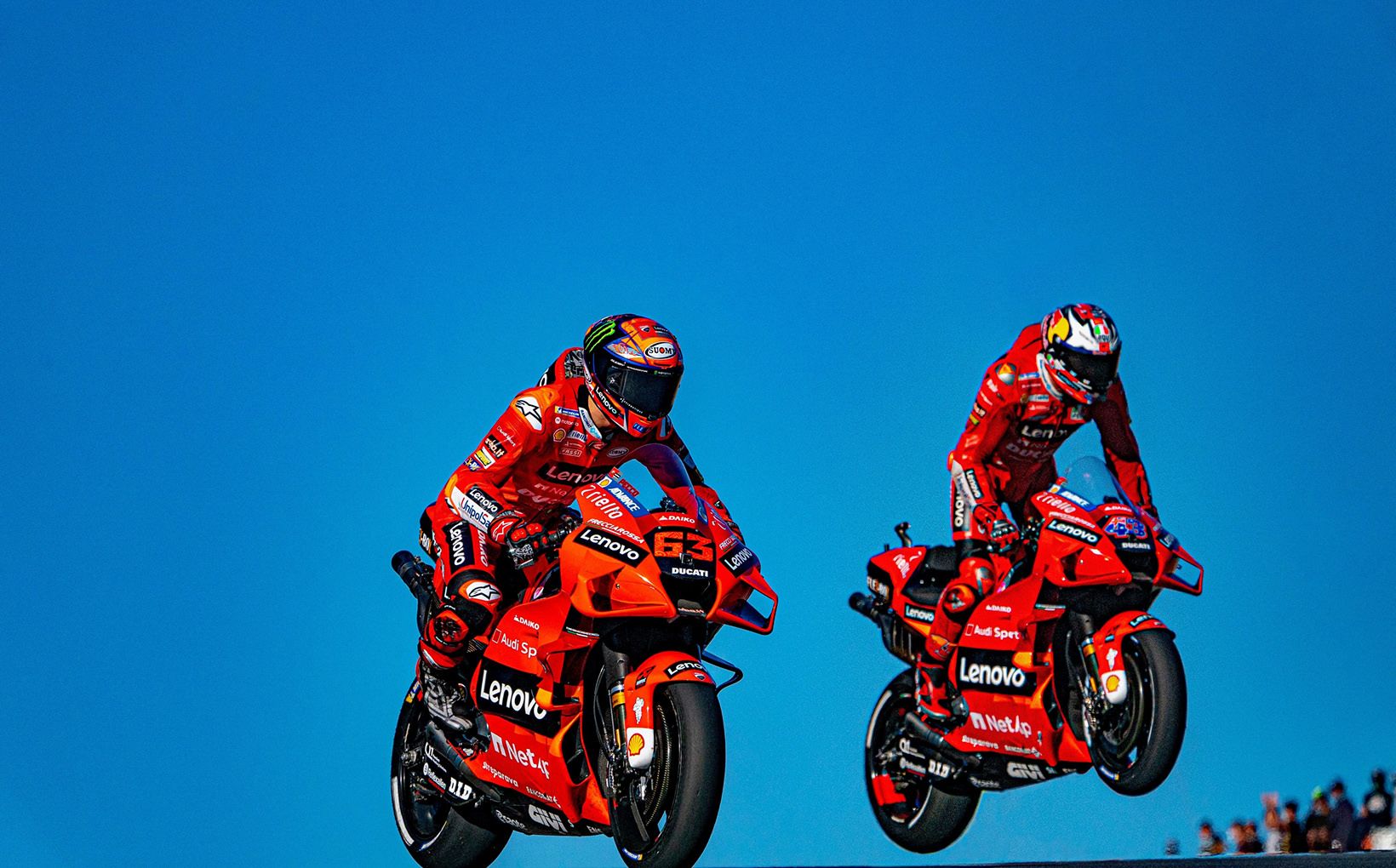 "I'm really happy! I would have liked to finish the race under the chequered flag and not under the red flag, but it was still a stunning victory. It was an incredible weekend, and I enjoyed every single session. Right from the start, I felt incredibly comfortable. Everything was perfect, and I'm really happy for Ducati for winning the Constructors' Title. We deserved it once again! Congratulations to Jack for his third place on the podium. Now we'll go to Valencia where we'll try to finish this season with another great result." 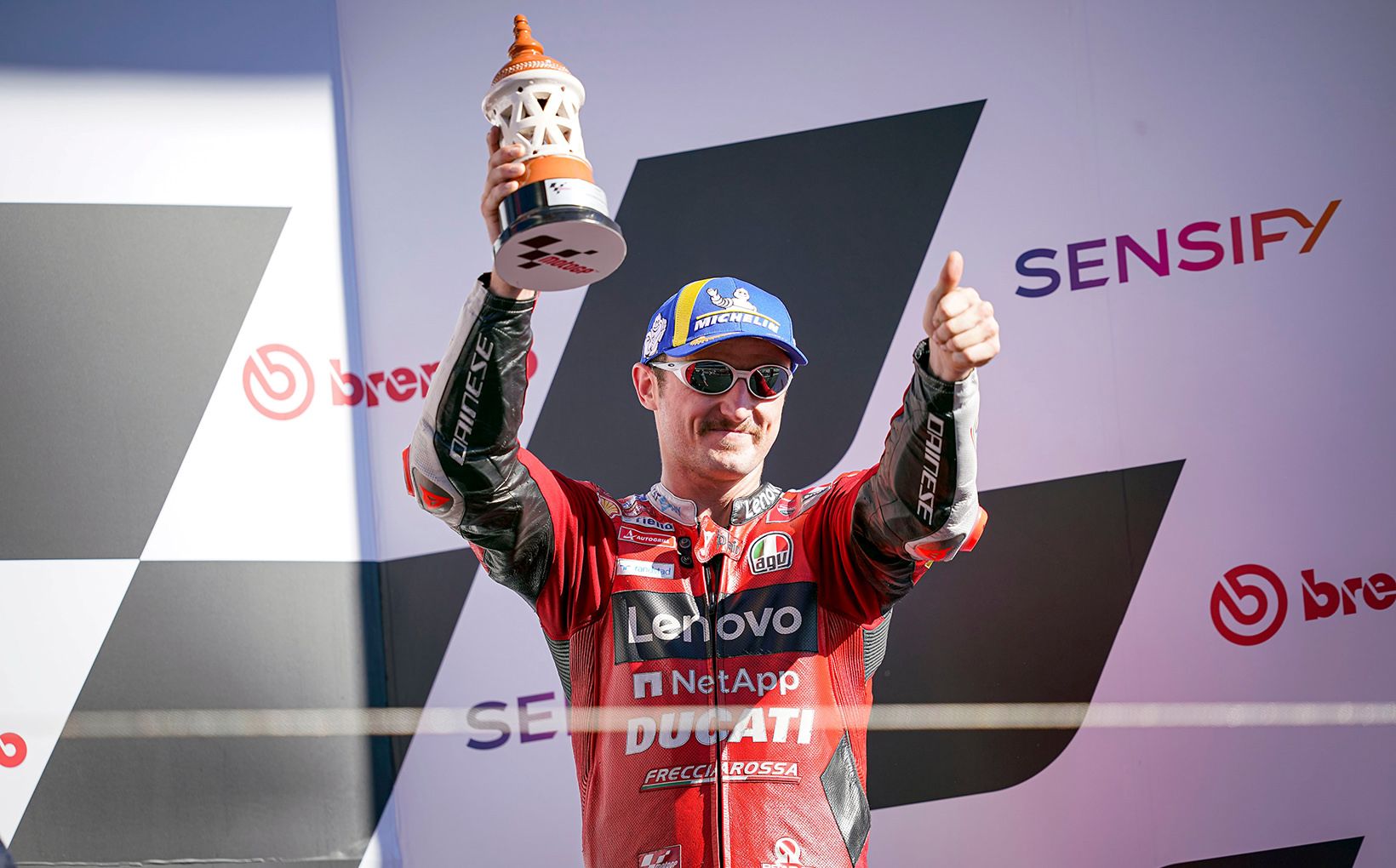 "It's nice to finally be back on the podium, even though it was a little strange to end the race with a red flag. I was ready for a big battle on the last lap with Alex Márquez, who was really close. But I'm thrilled: we have worked well all weekend, and in the last GP, we were able to be competitive in all sessions, just missing the result on Sunday. Finally, we were able to reap the benefits of our hard work today. I'm happy Ducati won the manufacturer's title: we have a fantastic bike, perhaps the strongest on the grid! Now we go to Valencia and try to close out this season in the best possible way". 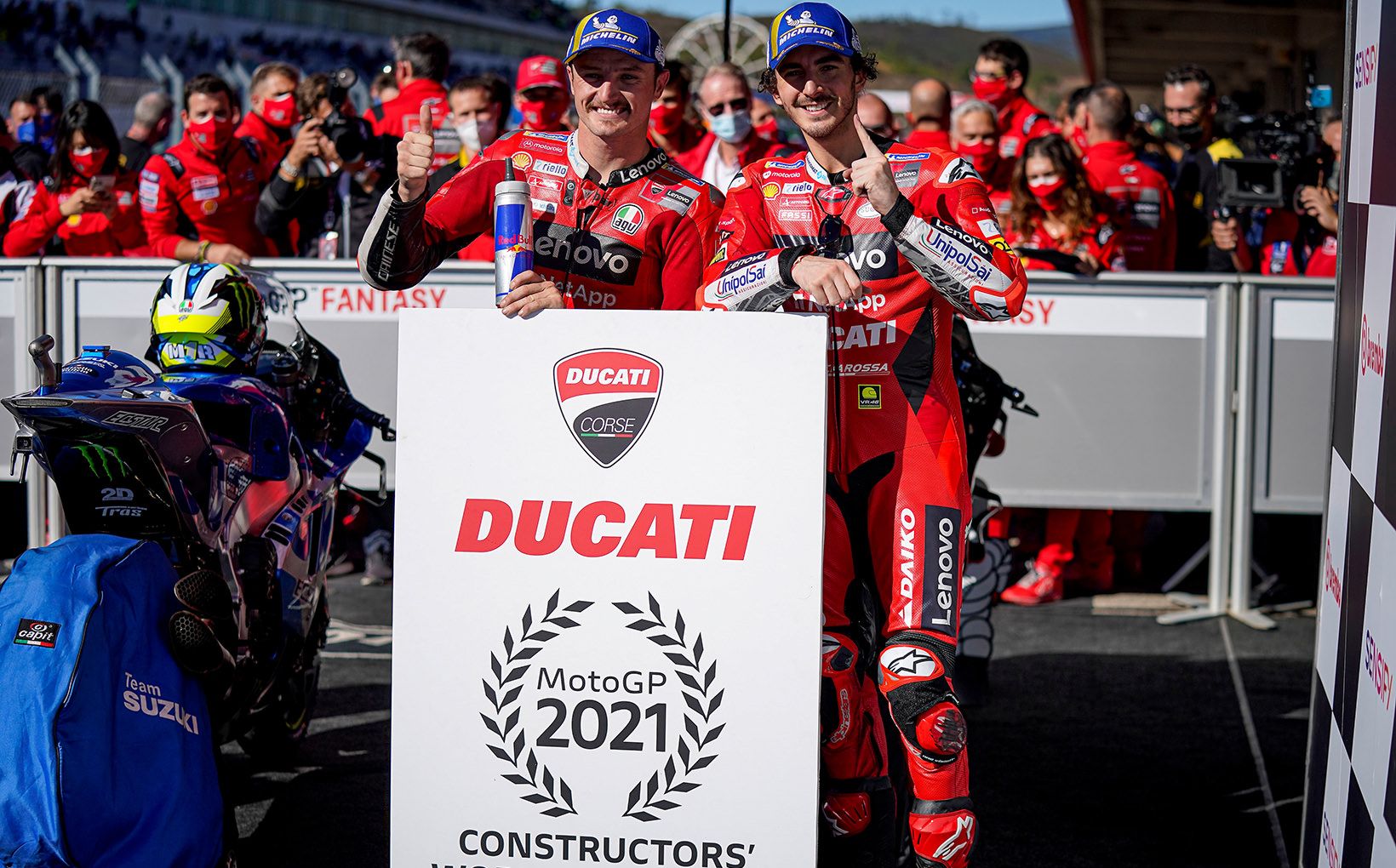 "The best motorcycle in the world is Made in Italy. Ducati is MotoGP Constructors' World Champion for the second year in a row. This remarkable success fills us with pride. Once again, the teamwork of engineers and riders has given excellent results. The Desmosedici GP has proved to be very competitive, bringing on the podium 5 out of 6 riders who raced on Ducati bikes during the Championship. Pecco Bagnaia, Jack Miller, Jorge Martin, Johann Zarco, Enea Bastianini and Luca Marini have all been extraordinary. I want to thank them for giving us a season full of emotions with six victories and a record of 21 podiums, despite one race still to go. We have bet on these young talents and on their energy without being disappointed. A big thank you also to the entire Ducati Corse team for bringing home this great result once again, working with the passion and determination that has always distinguished every member of the Ducati family on track. Now we just have to close the season in the best way possible with the race in Valencia and then look forward to next year with the desire to improve more and more".

Special mention to Alex Marquez on a stellar race and enjoying the battle for a podium finish. This season for LCR Honda has been very challenging so it was nice to see one of their riders really pushing to stand up on the podium. With the change over from Repsol Honda to LCR Honda, the transition for Alex Marquez has been difficult, so moments like this one are key in order for him to keep growing, progressing as a rider, and leading Honda in the right direction. The same energy was felt by Joan Mir who has been angry, frustrated and annoyed with the performance of the Suzuki lately. The former World Champion made errors, did not have the consistency of 2020 and was involving himself in battles causing him and the team unnecessary stress. The result in Portugal is a step in the right direction although the future needs to be brighter if they are to be competitive at the front once again and push for a title bid. Suzuki management needs to be airtight in order to function and not be overworked, stressed, and flustered with issues that may arise, so their set up for the next season will be crucial to their overall success. 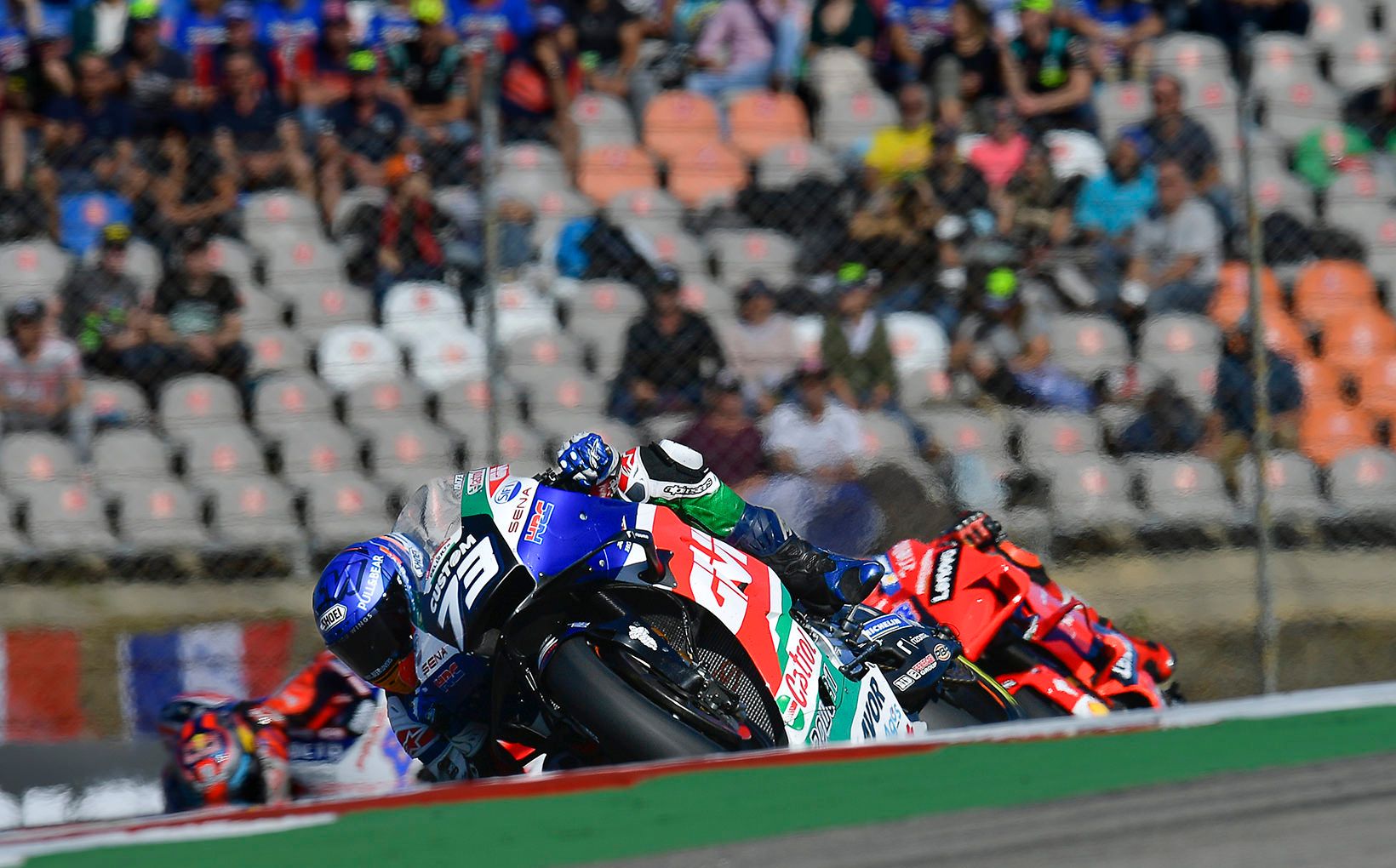 “I’m really, really happy. Overall, I think we did great this weekend. The result was coming as the lap times were coming. First of all, I want to thank my team as they have always believed and trusted in me and that’s the most important thing for a rider. Results like this give us a boost to never give up and to continue in our work for this project. We need to be happy, it was a really tough race, I made a good start and then just tried to keep my rhythm. We still need to manage and improve some things, but I’m really happy about the weekend.”

“I didn’t have enough pace to win here today, but I can’t complain! This has been the strongest weekend I’ve had for a long time – especially because I was fast from Friday morning onwards. I was able to fight hard today, but Pecco did an incredible race without any mistakes. He had a bit of a margin compared to me, and I couldn’t do more than second today. But nevertheless, I’m really pleased and I’m happy to give the team another podium. This also gives us hope for the future.” 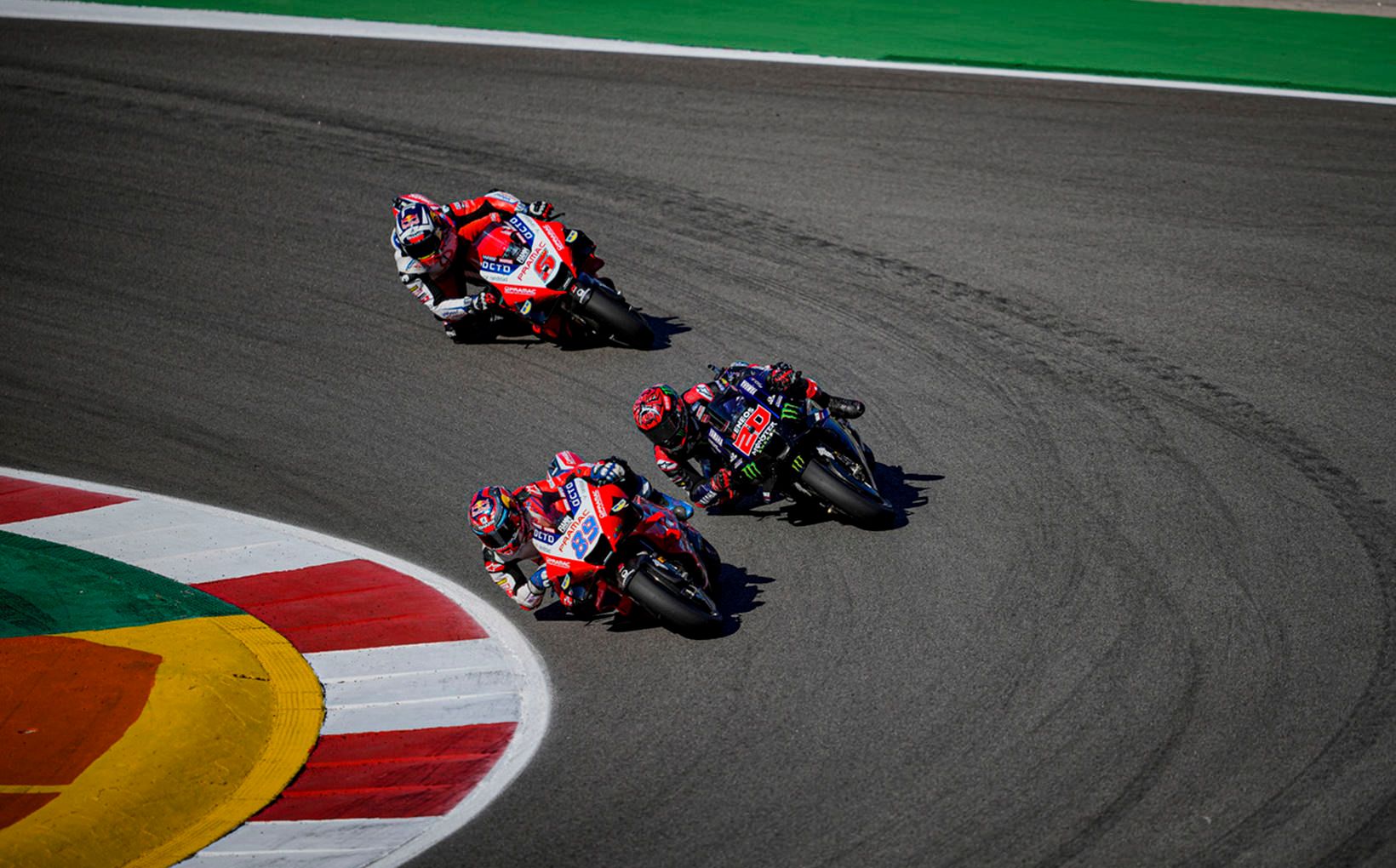 “I know exactly what happened during the crash. I was too late, and I crashed. But it was a nightmare of a race. When I was behind our rivals, it was impossible for us to overtake. I think that during today's race my pace was much better than what I showed. In our strong areas on the track we would recover a lot, but just in acceleration and speed we are too far behind. I think what helped me this season was that I started from the front row 14 times. As soon as you are in a bad qualifying situation like today, it gets difficult. Next week, I will focus a bit more on qualifying than race pace. It would be nice to finish the season in a proper way in Valencia.”

With only one race left, we are excited to see if the riders present Valentino Rossi with a gift of a podium or fight like there is no tomorrow in order to go out on a high and begin testing in the right mindset. The retirement of Rossi is almost a reality and that is hard to accept for a lot of people, such a dominant force, icon, and mentor in the sport. The atmosphere in Valencia will be electric both inside the circuit, outside and in the local towns surrounding the circuit.

“There was a really nice atmosphere today because the previous two times at Portimão we raced without fans, but they were here today. I want to say ‘ciao’ to everybody and thanks for the support. I had planned to stop out on track at the end of the race, but with the red flag I was unable to.”

We look forward to one final cheers to “The Doctor” this weekend at Valencia. In addition, for those wondering about Moto2. Remy Gardener will be World Champion if the following occurs:

- Record a finish outside the top 13 and Raul Fernandez does not win.

Be ready to watch the Moto2 race on the edge of your seats as our Australian rider stepping up to MotoGP in 2022 races for the ultimate crown in the Moto2 class!