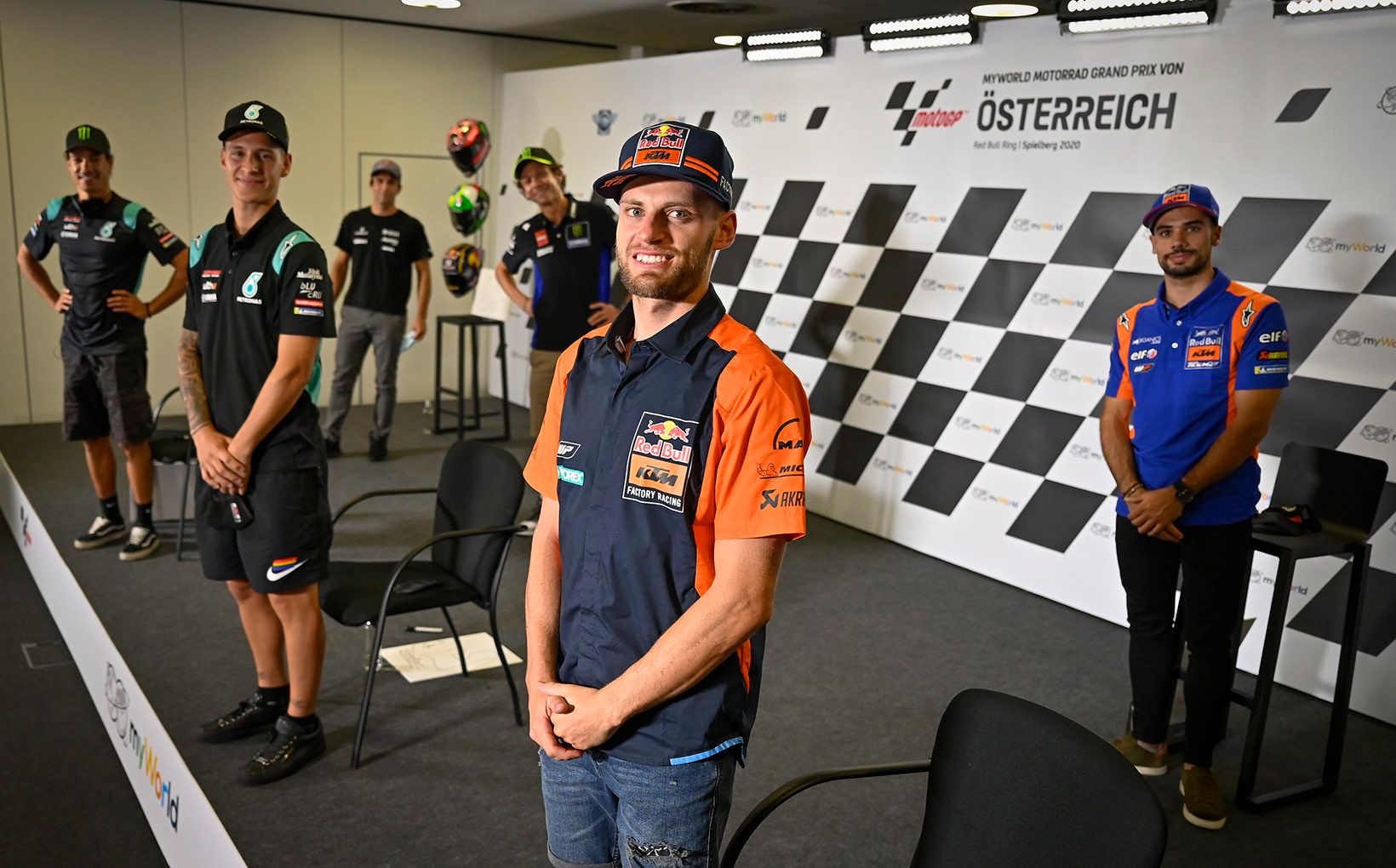 The excitement has arrived for the weekend with the 2020 Austrian Grand Prix getting underway with Brad Binder on a major high from winning his first ever race plus five out of six premier class factories cheering with wins! The rain will be a topic of discussion because some riders welcome the change in temperatures whilst others look at the risks associated with riding in those conditions. The rookie South African KTM rider will be aiming to continue his momentum and ensure to capitalise on riders who struggle mentally, physically and with uncertainty playing on their minds. It will be important for KTM and Red Bull to be strong and teammate Pol Espargaro will be hungry for a top result as he watched the history books be etched with Binder’s name and not his. This is something that will be hard to adapt to even with a Honda contract for next year. The riders eager for more glory without a doubt are Fabio Quartararo and Franco Morbidelli. Right now, their rhythm is on point and they are working really well together as a team.

It wasn’t the best weekend at Brno, but we will go to Austria with nine more points in the championship. That was important to do. The Austrian track is one that I really like and I’m really looking to these next two races there. We know that KTM will be strong again as they’ve tested a lot there, which means they will have a lot of important data to use in the races. Of course, we will have to see what the conditions are when we arrive, as at the moment the weather forecast is very mixed, but I think we can be quick there and be back on the podium. We will definitely be trying to repeat, at least, the top-three finish from last year.

I think it has finally sunk in that I achieved my first MotoGP podium last time out! I’m really happy because it has given us a big injection of confidence going into these two races in Austria and the knowledge that we can fight at the front. On paper it doesn’t look like one of our strongest tracks, but that is just on paper! We will have to see what the conditions are like and how we feel in the first practice session on Friday. I’m really looking forward to it though and can’t wait to be back on track after these next few days.

Regardless of the conditions, the riders need to prepare themselves because one slip in judgment, a crash, an injury or error could be costly in a title race that is not guaranteed from one country to the next. We know, Marc Marquez is recovering at home and the title has appeared to slip out of his hands, sometimes in motor racing things like this happen. With that said, Marquez will learn from his mistakes and come back stronger. Mr quiet, Alex Marquez is aiming to have a clean weekend and obtain some more points to cement his learnings of the Honda machinery. Surprisingly, the way a race unfolds actually plays into Marquez’s hands each time and he is remaining on board which is vital to keeping his adaption to the MM93 style Honda a progression and not a negative space. 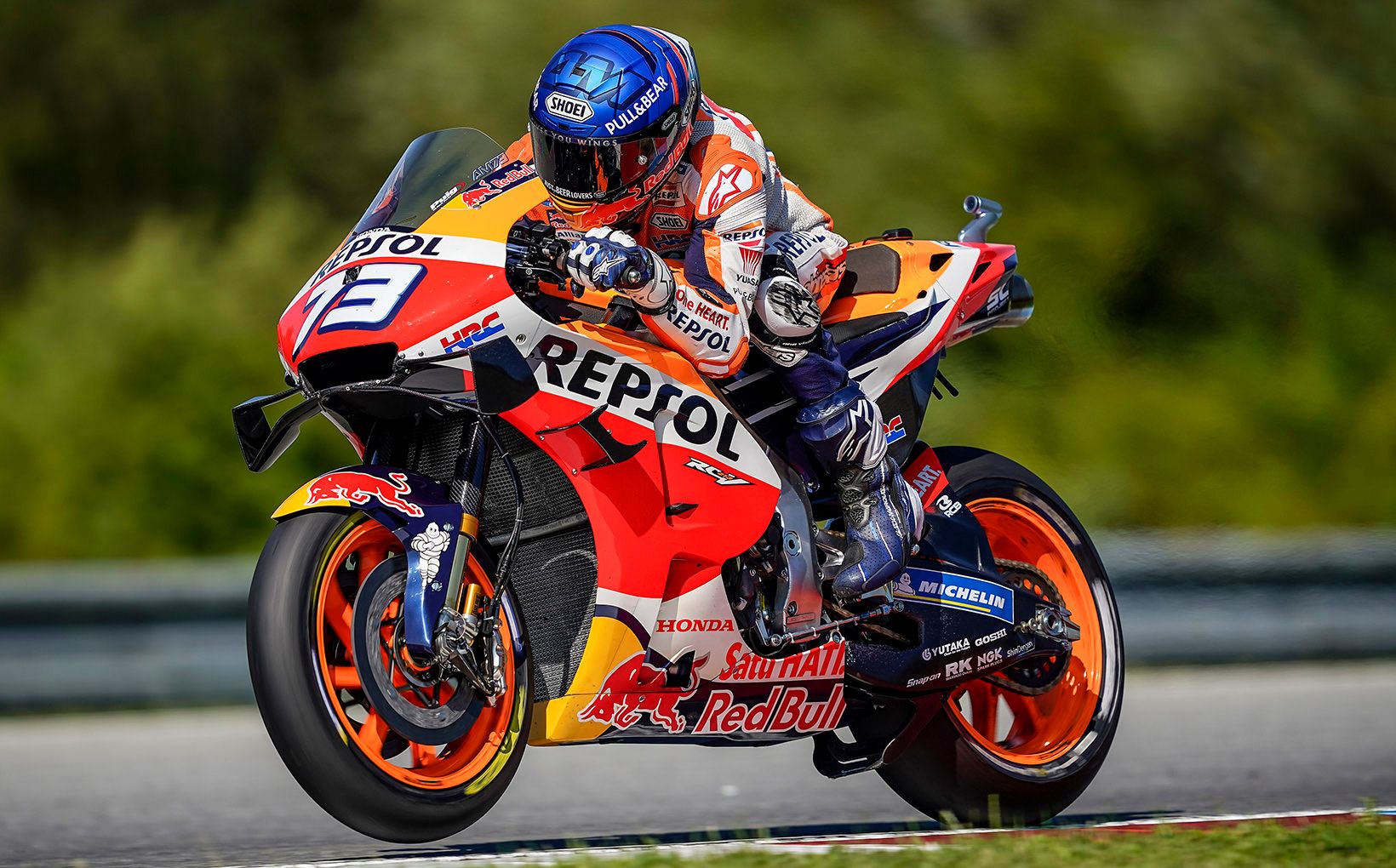 “The second of three MotoGP races in a row and the second time we will have more than one race at the same circuit. In Jerez we were able to benefit a lot from having two races so I think it will be an interesting couple of races. It looks like it will rain, a lot, so I will need to adapt to the RC213V in the wet. It’s a new challenge, but being a rookie is all about accepting the challenges and learning. Our goal for the weekend is to keep understanding the MotoGP class and close the gap to the front.” 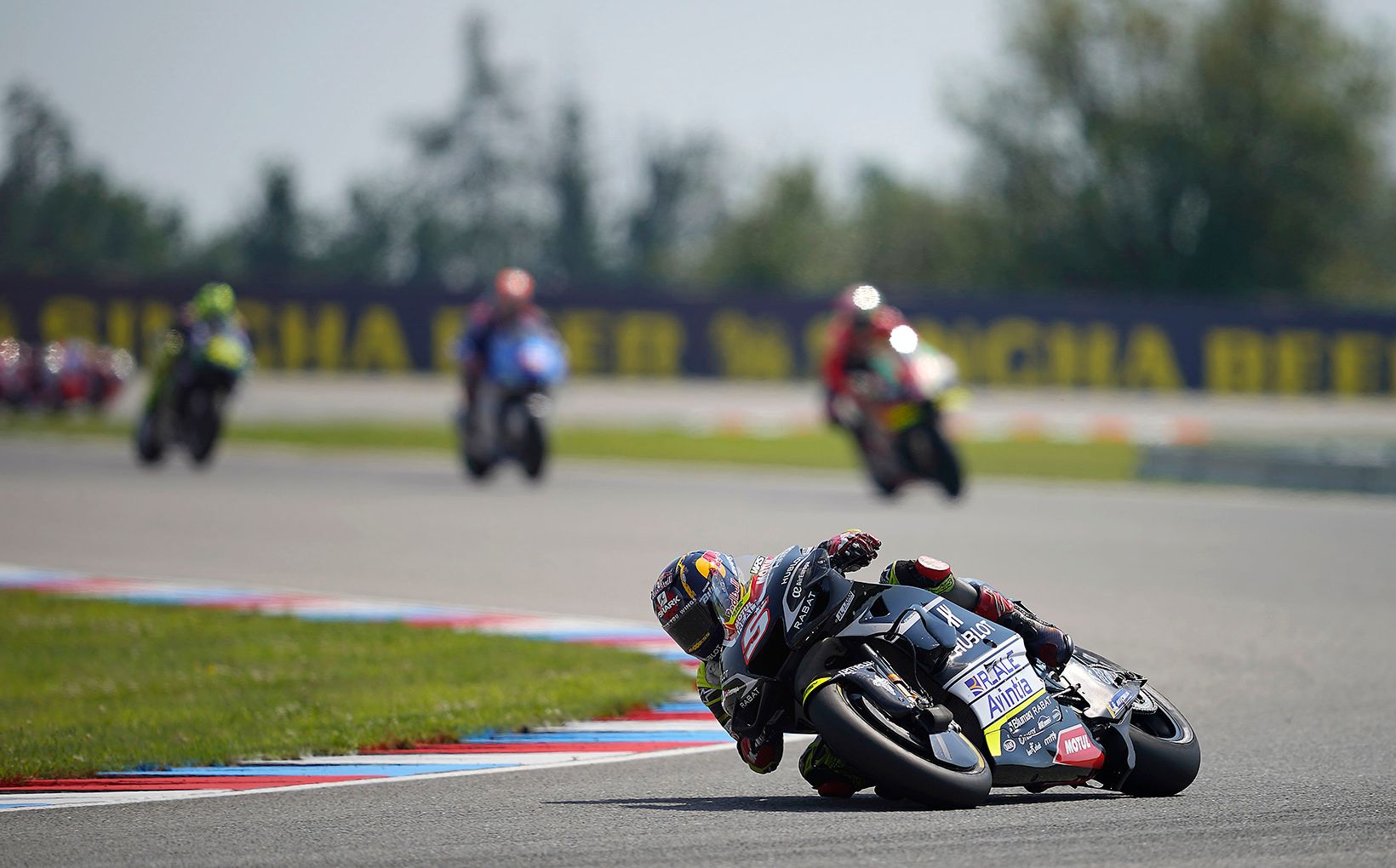 We must say that Johann Zarco being back in fine form is nice to see. He has the talent and finally has his mindset in check. The biggest challenge for the French rider is being confident. The Ducati is working well with his riding style and there is much more to come. In MotoGP, you have to feel good, work with the bike and be in sync, otherwise you find ways to create problems. For the first time in a while, the smile of Zarco is there and the Ducati team are thrilled considering their problems with Andrea Dovizioso and Danilo Petrucci. Consistency can win World Championships and right now Ducati is not achieving that. Their 2020 season has been turbulent and Jack Miller has the ability to do well, we just have to be patient to see him come forward. The opposite can be said for Maverick Vinales who has succumbed into negativity and not riding with his flare. The usual “Top Gun” symbol is about boost, power and precision. Austria could be the reset button he needs to push in order to put the Yamaha where it needs to be and that being at the front.

“In Brno I didn’t have the best feeling, but what happened earlier is not important. I will be completely focused on the here and now in Austria, and I feel positive. We know that Spielberg has a lot of stop-start corners and focuses on fast acceleration, but we did a good job there last year. It’s a difficult track to get right. In 2019 we had a lot of problems with tyre degradation, so that will for sure be an area that we will be working on this weekend. If we do a good job, I think we can have a good weekend.”

The silent achiever is Valentino Rossi who has yet to secure his 2021 future. We know the details and formalities are 99% there to take over from Quartararo, however, Rossi is determined to finish with his current Yamaha factory team in a positive manner. He is loving the freedom to find what works and allowing his experience to show through. Without the fans will be challenging as this can propel ‘The Doctor’, although Champions can achieve greatness without interruption. Rossi is in a racing mode that will allow himself to see past the flaws of the Yamaha and create results. 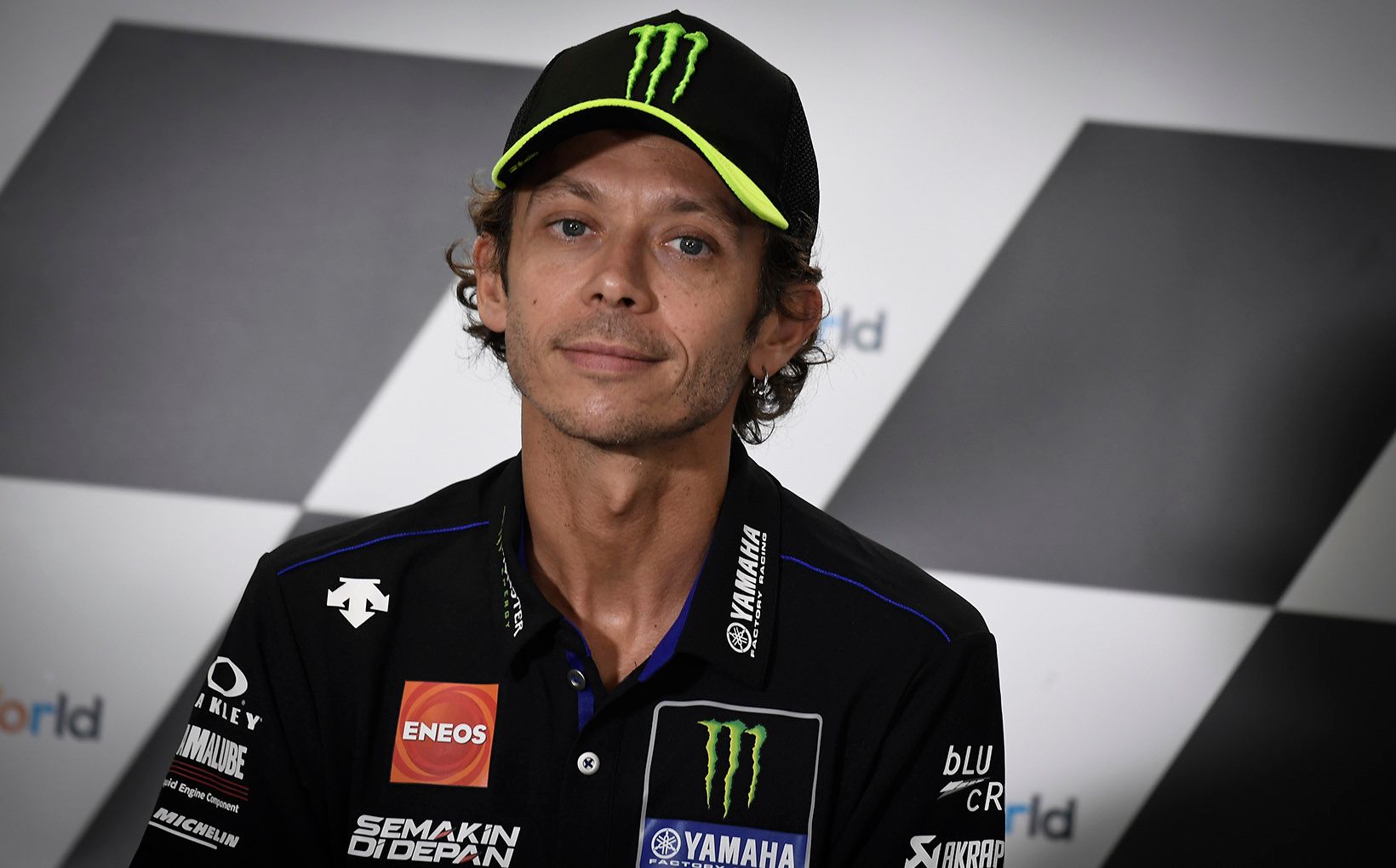 “Last year in Austria it was a good race. I started from the fourth row and finished fourth, not so far from Quartararo, who was on the podium. I was able to finish in front of Maverick and Rins, so that wasn’t so bad. But every year is a different story. For sure, the atmosphere in Austria will be very different from the first three races, because it looks like it will be cooler there than what we had in Spain and Brno. This could bring advantages and disadvantages, but, anyway, for us it’s very important to be competitive there too. We will try our best.”

Regardless of DesmoDovi being 4th in the title battle, his riding has been pretty middle of the way in comparison to his previous seasons. We expect more from the Italian rider who has been the centre of the Ducati universe for so many years. It is disappointing to see him not at the front pushing the others and showing how strong the red beast can be. Maybe, Austria will be the opportunity to redeem himself. If the mindset is weak, Dovi will struggle to see the potential and find reasons to blame the bike. So, it will be intriguing to see how he performs under pressure in Austria with so many younger riders on other bike manufacturers putting in the work to bag podiums and plenty of points. Where do you think Dovi will finish? 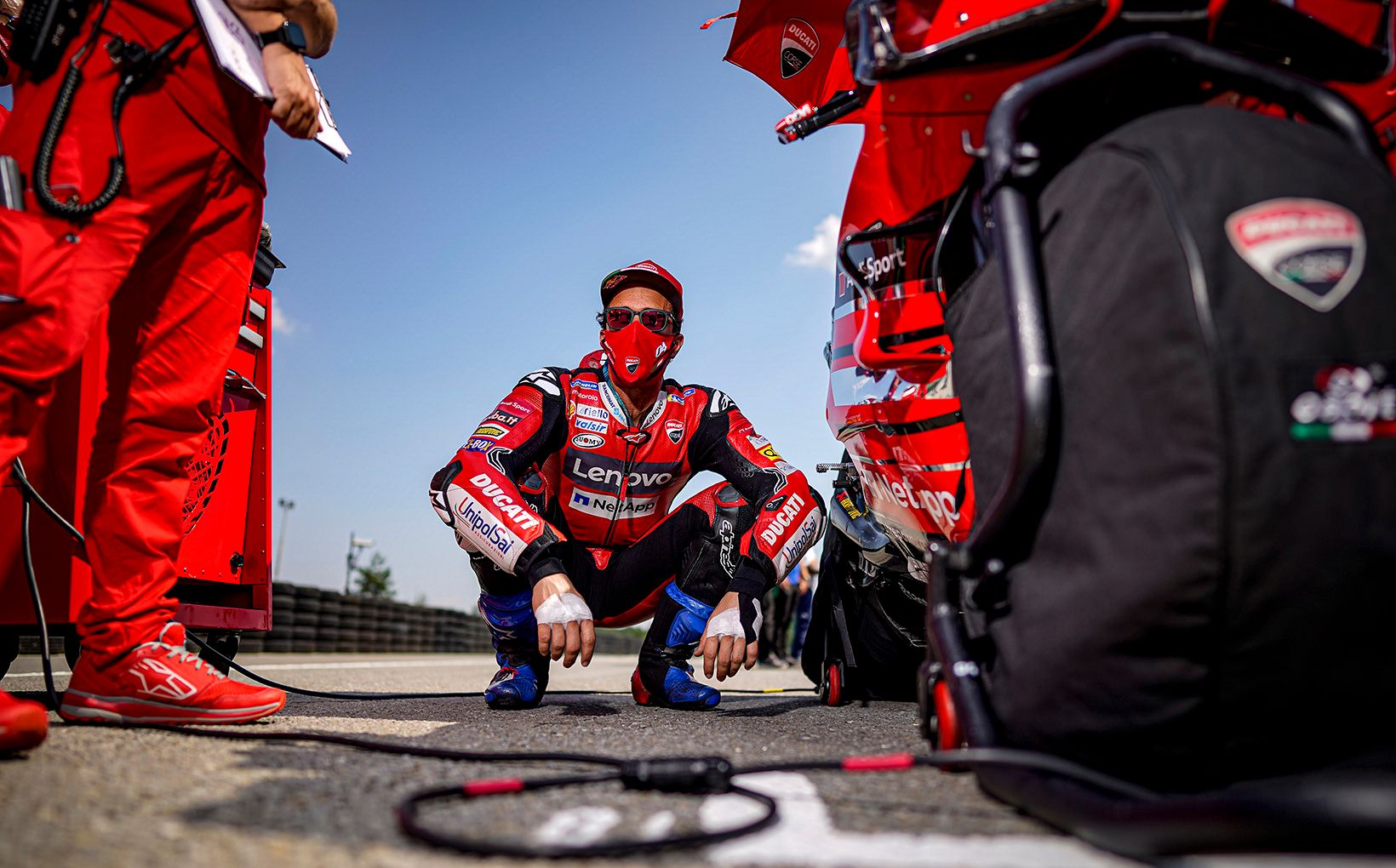 “The Czech GP has shown everyone how difficult it is to make predictions this year. Every race has a different story and so, although Ducati has achieved four successes at the Red Bull Ring in the last four years, now we have to think that our priority is to regain the feeling with the Desmosedici GP bike. It is in difficult times like this that we have to stick together, and I see the next race in Austria as a good opportunity. We have to keep calm and work as we've always done.”

With the first sessions underway, let’s see how this race plays out with weather a chaotic factor and pushing riders to their limits! Could a dark horse win this weekend?