Misano We Are Back! Will A MotoGP World Champion Be Crowned This Weekend? 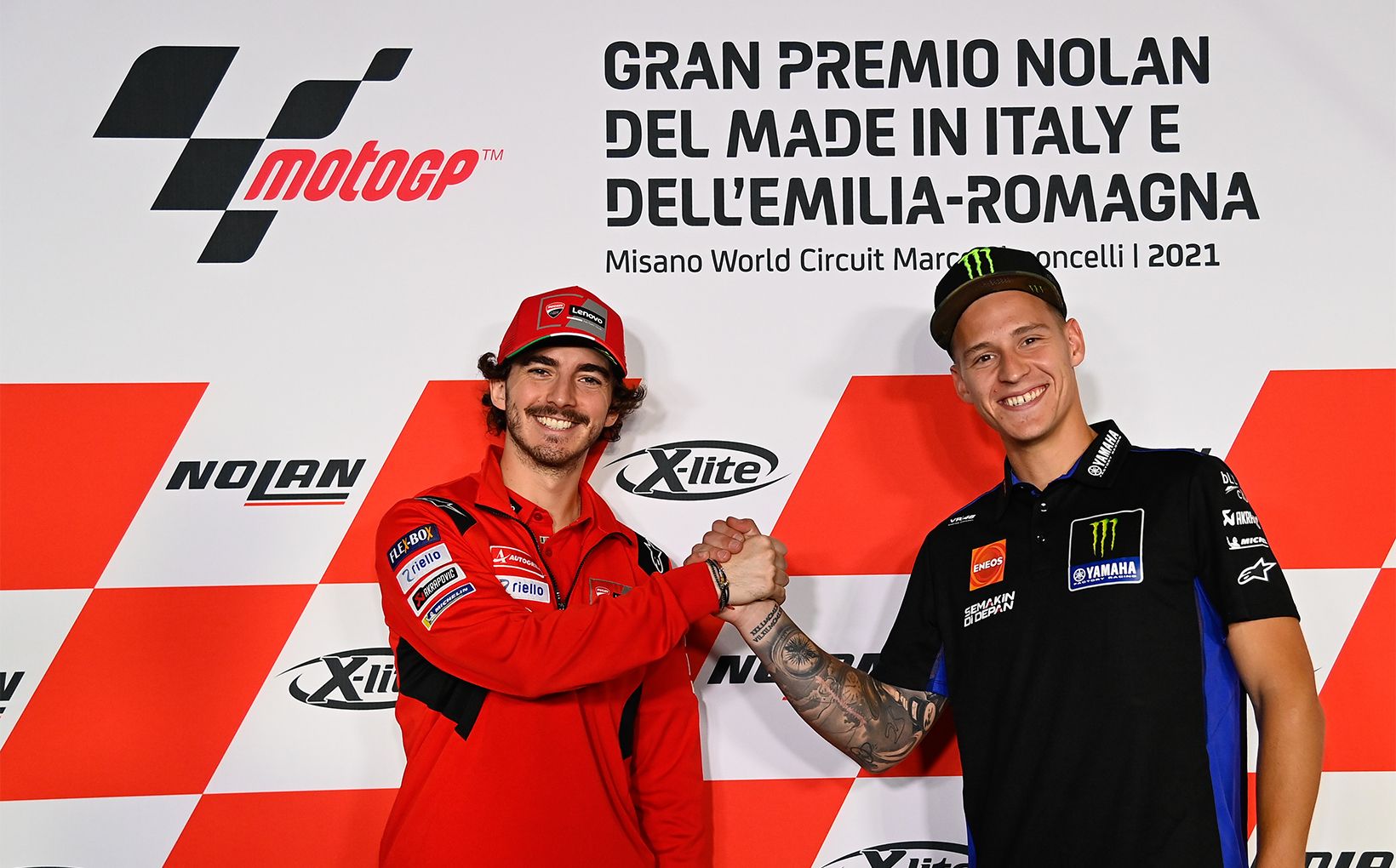 We are back in action at Misano this weekend for the final Italian race of 2021 with a chance for Fabio Quartararo to become World Champion. Italian fans will have to say goodbye to their home-grown hero Valentino Rossi as he races on home soil for the final time before retirement which is going to cause some fans to shed tears as he rides with passion, the country, and his career on his shoulders. It has been an incredible career for the multiple World Champion and we know he will be back on track as a Team Manager in 2022 to educate and persevere with his team, riders and those working through the ranks to become the best they can be in two-wheel motorsport. The weather this weekend at Misano has been up and down already with rain and we know certain riders will smile whilst others are deterred by the mixed conditions. It is time for Quartararo to grab the bull by the horns and go for it! Misano can surprise you, bite at your heels, cause you to make mistakes and then make you smile, so this weekend is crucial for both title contenders to determine how the remaining races are to play out. Will they be riding for fun or for fighting until the last event?

Rossi in particular, has a new savvy Misano helmet to debut which is another reason why we love the veteran because his style on and off track is superb. Rossi has raced more than 400 times in his career and the support across the globe is like no other. He has translated across time zones, generations and countries which is truly impressive when you think about the fact he is one person. It showcases the power of MotoGP and how much fans admire racing and riding bikes around the world. This is a sport that connects others up in ways many others are not able to do. The chances of Rossi finishing up the front are slim, though with a mixed bag of weather conditions, you never know what may actually be possible! 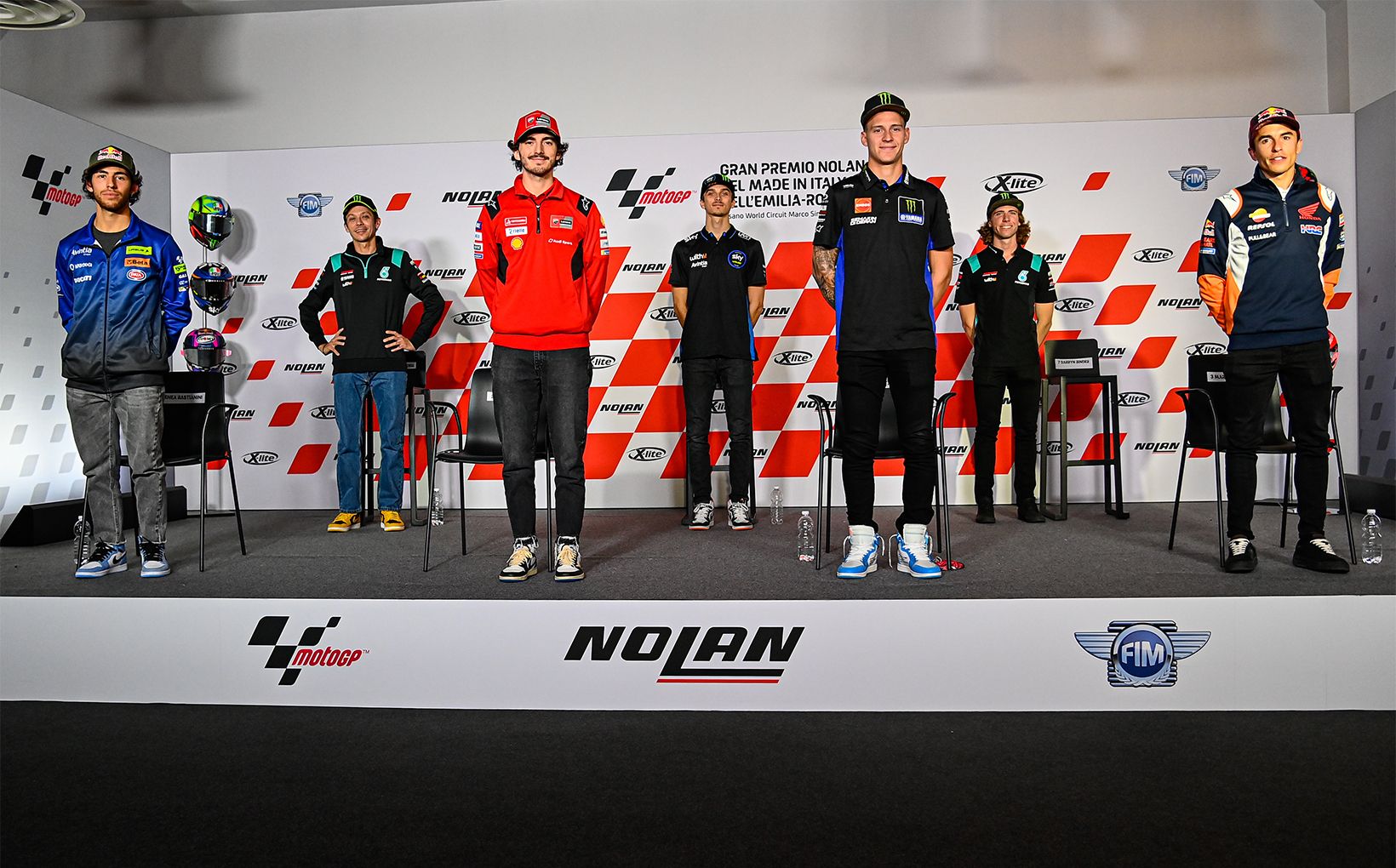 “Austin was really tough but rewarding. That second place was great for the championship, especially because we only have three GPs left. For this final part of the competition my mindset has changed a little. The last time we were in Misano, I was racing for the win and not thinking about the championship at all. Of course I will still do my best as always to get the best result possible this weekend, because that’s what I enjoy most, but I will try to be smart about it.”

“The race in Austin was really tough, mostly because the circuit was very demanding on my injured knee. The two weeks of no racing allowed me to give the leg a bit of rest, so we now start the next Grand Prix in a better shape than we finished the previous one. We made some good progress during the Misano Test in September. We made a big step and improved my feeling with the bike considerably at this track, so I am looking forward to continue working in that direction this weekend.”

If there was anyone looking to continue the momentum train, it is Marc Marquez! Every race until the end of the season plus the remaining testing calendar is vital to ensure his 2022 season is set up in the best way possible. In comparison, Quartararo can go from feeling on top of the world to having no feeling whatsoever and then you have Marquez re-adapting to become like “one” with his bike. The fear of failing, falling and injury is always in existence, so how you manage this at such a high level of sport is vital. We know Marquez is capable because his mental strength is like no one else’s. He is a warrior and it shows. As the Spanish Ant makes miles, we are also watching his teammate Pol Espargaro closely to see if he has the ability to transform or whether the journey with Honda is one that will be around for a certain amount of time and then shift. What are your thoughts on the Spanish riders performance in contrast to his brother Aleix Espargaro who is pushing limits at Aprilia, utilising the talent of Maverick Vinales to develop the bike and look to secure more podium finishes? 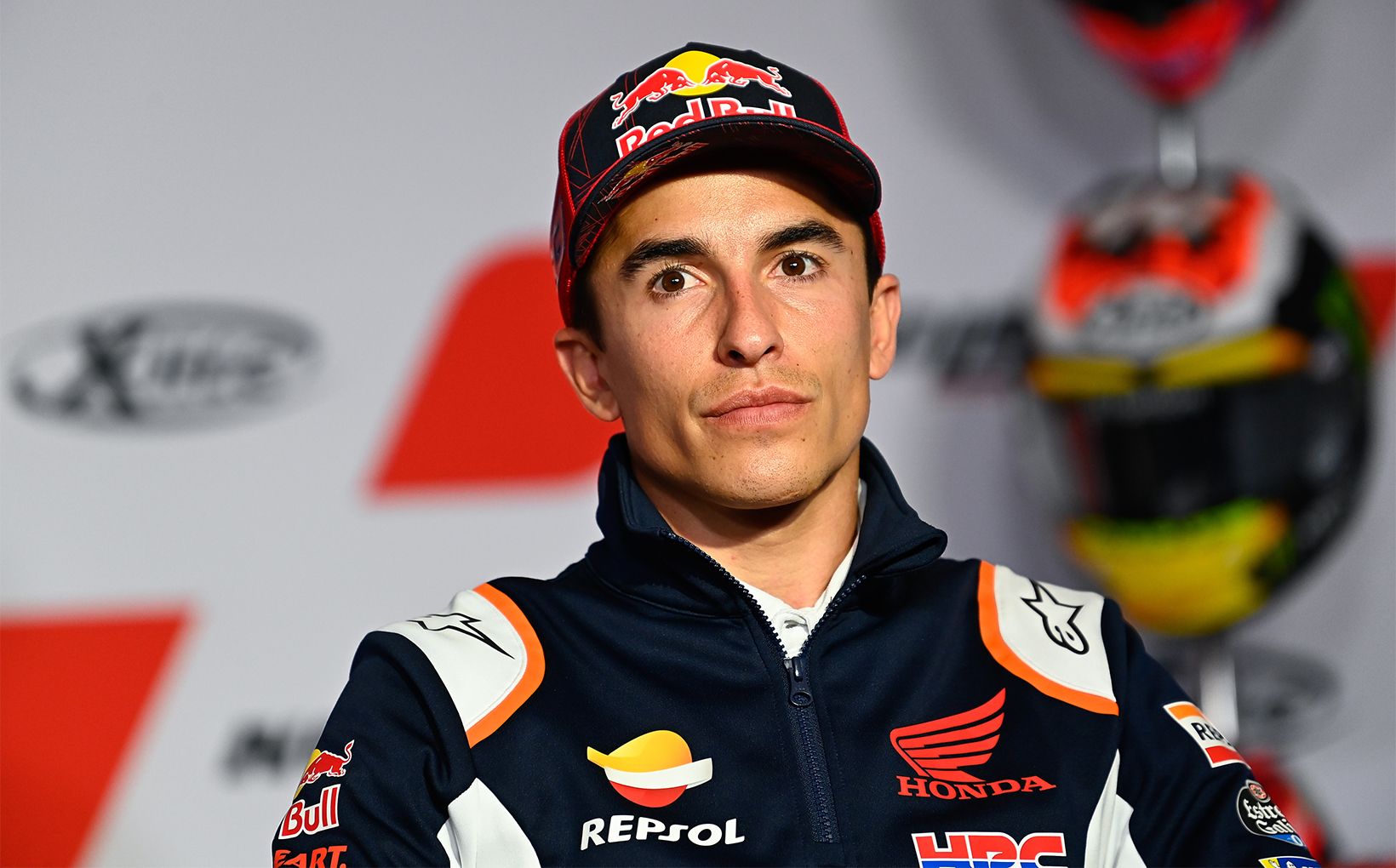 “We come back to Misano in a better situation, each weekend we have been able to improve a little bit more. Now we start the last three races of the year so hopefully we can continue the trend of recent rounds and end the season well. Last race here I had a very funny battle with Miller and Mir so hopefully we can be fighting once again. Let’s see what will happen, conditions could be quite different even if it’s just a few weeks later.”

“It’s time to focus and end the season with a strong last three races. There’s some good potential going into Misano, especially after the test where we were able to try more things. Everyone else has also had a lot of time in Misano so it’s going to be a fast weekend from the start but I think going there a few weeks later could change the situation with the temperature and the weather. Like always, we need to work from Friday and have a good Saturday to be in a position to fight on Sunday.”

Out of everyone on the grid besides Quartararo, it is a very important weekend for Ducati with Pecco Bagnaia and his desires to be a World Champion. The chances are not in his favour, although he is fast, calculated and at a circuit he really enjoys racing on. Will Jack Miller and Johann Zarco be there to support him to shake up the results, putting pressure on Yamaha to get their riders to show up to the table with their armour. We are waiting anxiously because we know qualifying will determine the workload involved for the grid and if a battle to stay upright is on the cards. If Ducati have poor results, they will watch the number one trophy slip from their grasp like many times in the past. 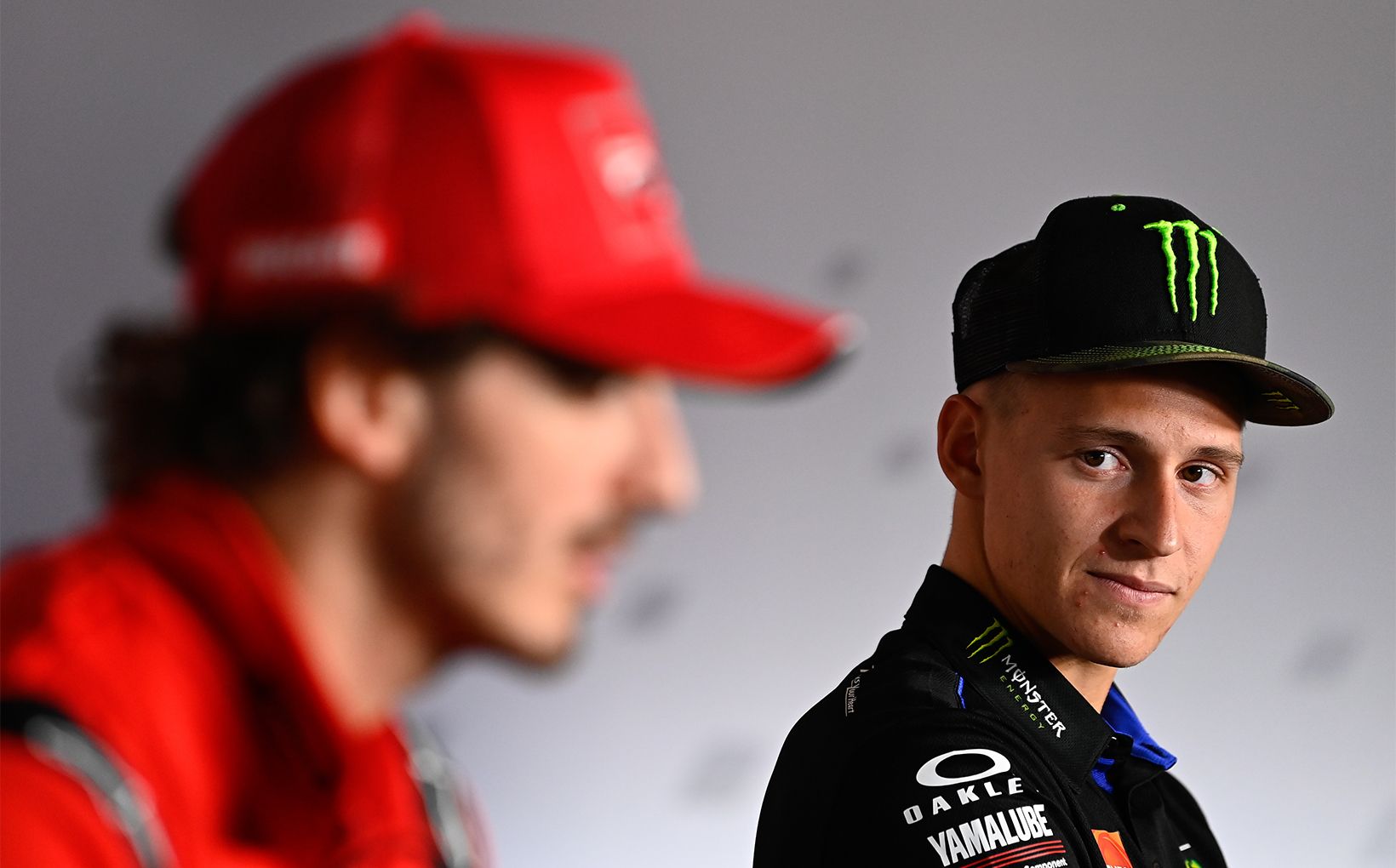 "To be back racing at Misano after the stunning victory that I took here in front of my home crowd a month ago is definitely very exciting! That weekend everything was perfect, and the two days of post-race testing were very positive for us. Nevertheless, we have to stay focused: our rivals will come to this Grand Prix much better prepared, and the track conditions will be different, with lower track temperatures than a month ago. It will be essential to work well from the first sessions. The objective will be to fight for the win and keep the Championship open until the end".

"I'm happy to be back racing at Misano again this year! It's Ducati's home track, and there are always many fans there to support us, so this weekend will definitely be special too. We were pretty competitive at the last Grand Prix, even though we didn't get the results we wanted in the race, but now we have a more solid base to work from over the weekend. We also had two days of testing in September, and the feedback was excellent. Certainly, the conditions will be different from a month ago, and our rivals will be more competitive, but I'm optimistic and determined to fight for a good result. We're close to third place in the Championship, so it will be crucial to try and score as many points as possible". 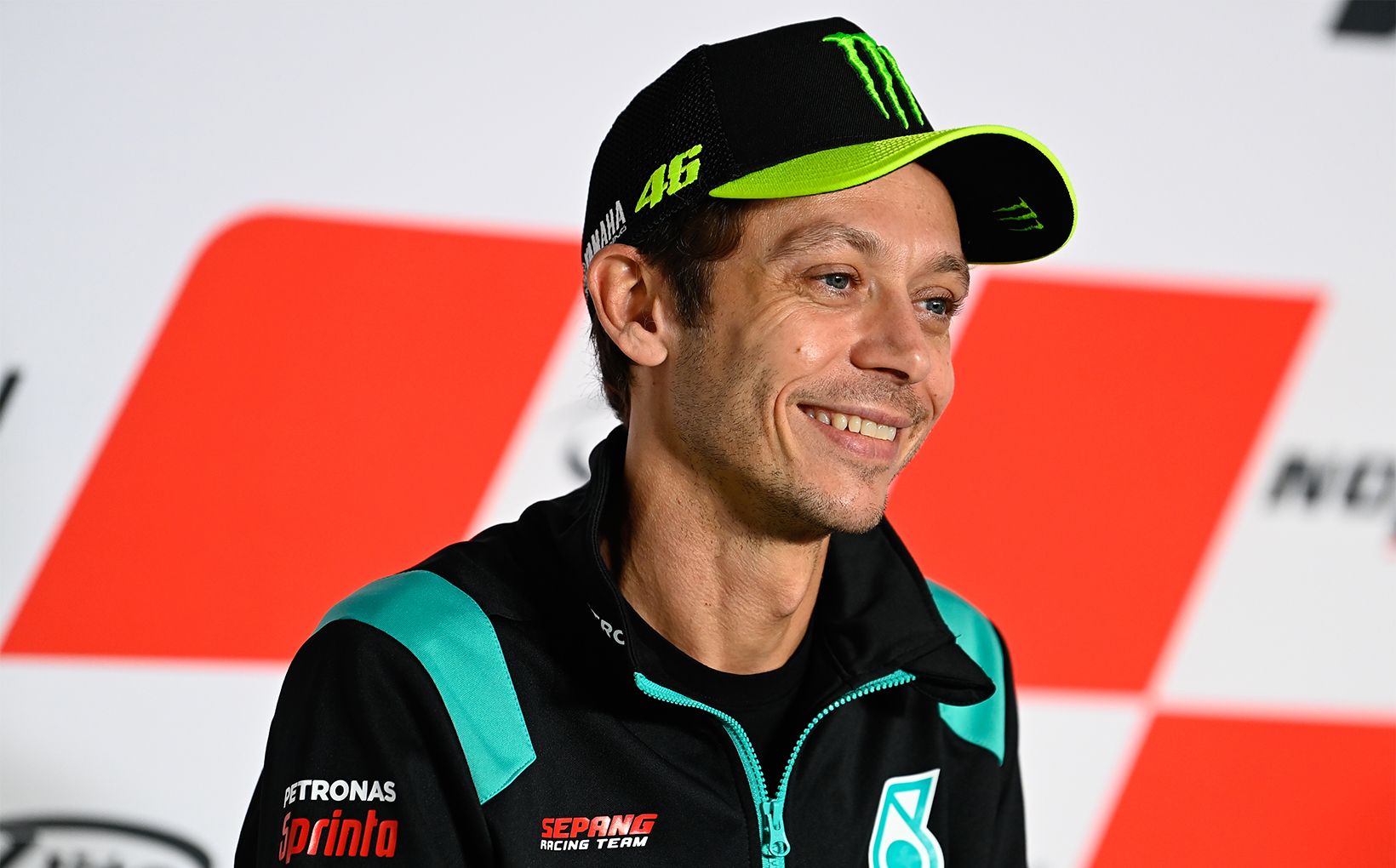 “It’s been good to have these two weeks without races, as we had some busy times - including travelling to the USA, which was a really demanding race. During this time I’ve been training hard at home to make sure we can face the final three races of this season in the best physical condition. This second race in Misano will be tougher than the first one because it is likely to be cooler than one month ago. We need to work to give our best, try to be a bit faster than in the last races and fine-tune the settings to be more competitive. The previous race in Misano was already a really emotional moment for me and, of course, this one will be a special race at home and I really hope the Italian fans can enjoy it.”

“I think it will be very hard to be competitive enough to make it into the top-ten, but the improvements we have made since the first Misano race are huge. I’m really happy about that. After a good experience at that race and also in America, I’m looking forward to going back to Misano. This weekend will be a good opportunity to compare the bike and where we are now to where we were one month ago at the same circuit, although the conditions might be different. I think this will help me to be faster and I’m aiming to stay within the group. I’m really looking forward to being more competitive and fighting with the other riders.”

In other news, we have a new rider for the premier class who will be partnering Dovizioso and that is “Dive Bomb Binder” also known as Darryn Binder. The two Binder brothers are making their mark and will join the Espargaro and Marquez brothers as dynamic duo’s in the sport. It is a major step up because the last person to jump from Moto3 to MotoGP was Australian rider Miller! What an honour to partner Dovizioso and also talk about expectation at its greatest considering the talent pool that exists across the categories. The progression for the Binder brothers has been incredible to watch trackside and behind the scenes as they are genuinely talented, nice, and well-mannered riders. The horizon for MotoGP is bright with the presence of these young riders as they have big shoes to fill with the retirements of so many greats including soon to be Rossi, Jorge Lorenzo, and Dani Pedrosa. 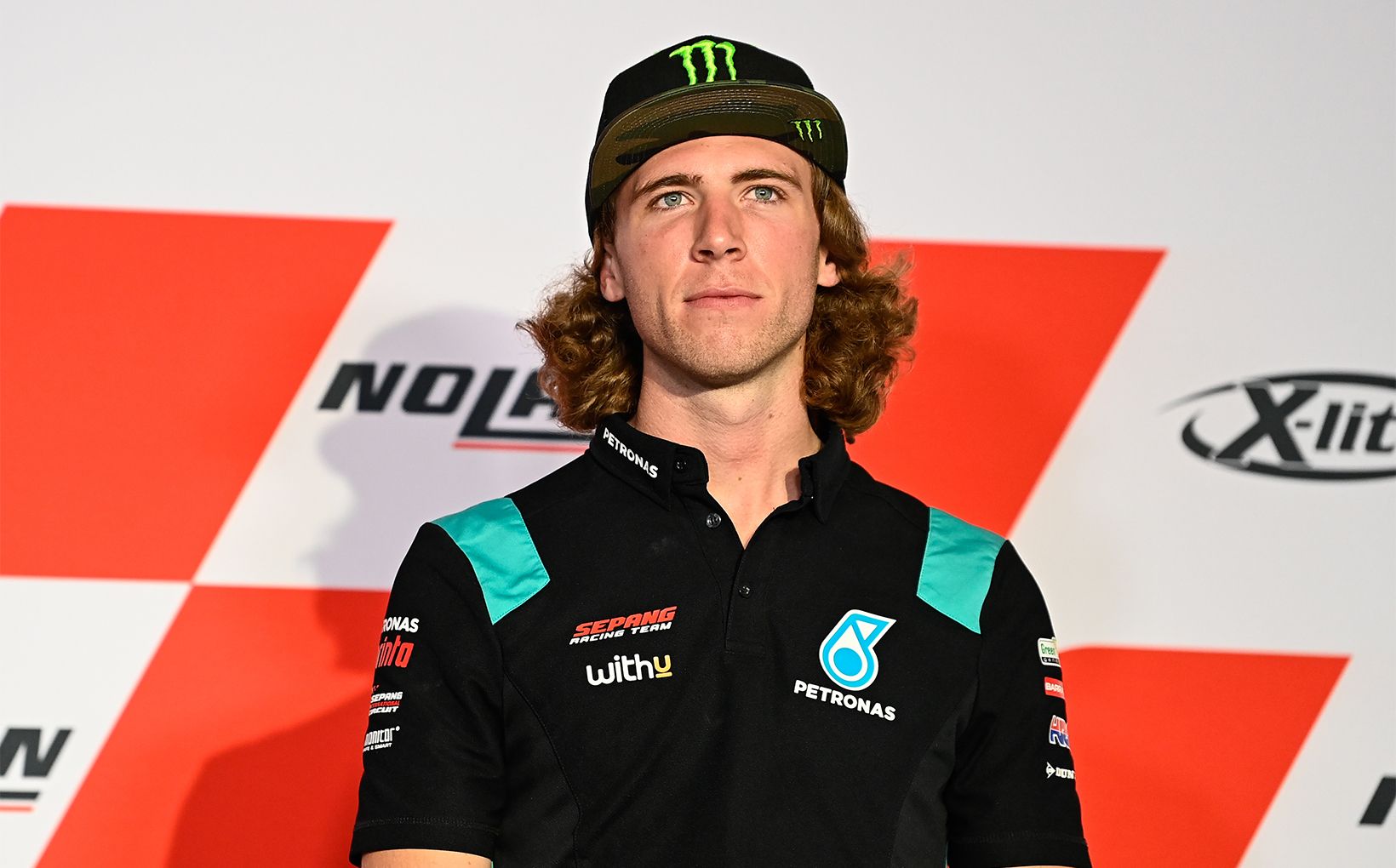 “I’m extremely grateful for this opportunity, as it has been a lifelong dream to race in the MotoGP category. I definitely didn’t expect to make the jump straight from Moto3 to the highest class, but I do believe I’m up for the challenge, and I’m ready to put in all the hard work for 2022. “My target at the beginning will be just to find my feet in the big class and learn as much as possible to get stronger and stronger throughout my rookie season. “I would like to say a really big ‘Thank you’ to Yamaha and the RNF MotoGP Team for everything they have done to make this possible as well as everyone who has been involved in getting me to this point. “I’m now just looking forward to riding the Yamaha YZR-M1 for the first time at the end of this season.”

Be sure to tune in this weekend for a battle that could see a brand-new Champion enter the history books! We look forward to bringing you more trackside action as it unfolds.