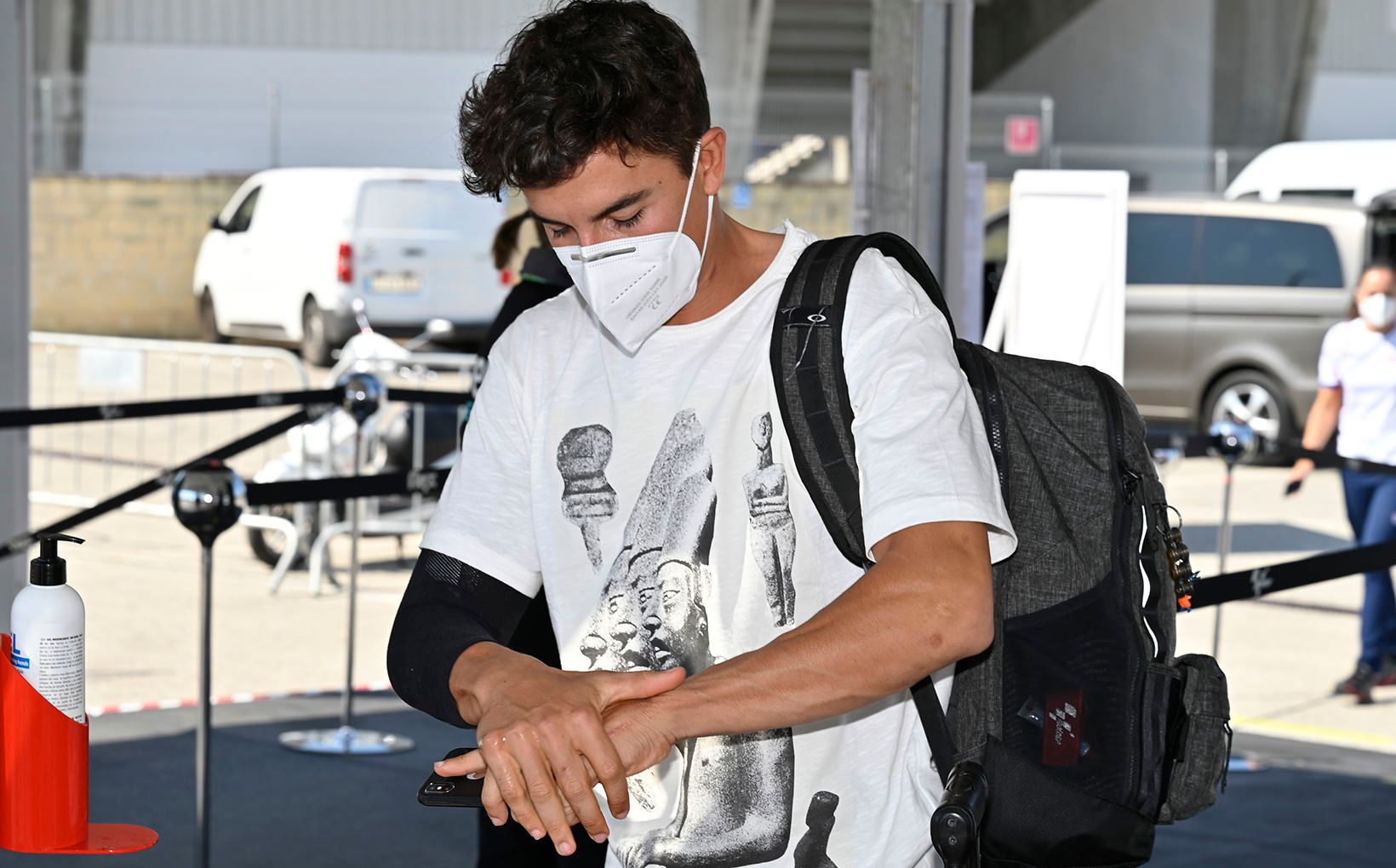 The second race at Jerez is just around the corner with Friday practice set to begin with a superhuman effort by Repsol Honda rider Marc Marquez to return to the circuit after breaking his arm and having surgery only three days ago. The theory was that Marquez would be back for the Czech Republic event and instead, the reigning World Champion has passed a fitness test which certainly involves full body weight exercises and surprised the entire paddock. Not to mention, the likes of Cal Crutchlow who had surgery on his wrist and Alex Rins who is also recovering from a major accident that put Team Suzuki Ecstar’s season in doubt after a poor start to the first round. To be a MotoGP rider at times you have to be mad. Fans, photographers and journalists across the globe are just baffled by the positive mindset of MM93 and how he bounces back. It has been his choice to ride. The team is not forcing him by any means. If you have met Marquez or know him well, his determination is one of his positive strengths and a reason why he is a World Champion because even when he finds the limit, crashes and hurts himself, he is back in no time wanting more.

MotoGP™ Medical Director Dr Angel Charte:"As you all know, Marc Marquez had a crash where he suffered an injury, which was a diaphyseal fracture to the humerus. He underwent a surgical intervention where they plate it and 48 hours later, as is stated in the medical regulations, he has the right to request a medical evaluation to participate in the next race. Today he came to the medical examination unit, where they tried all of the movements that involve this kind of injury and it turns out he’s able to do them perfectly. There were no signs of pain or mechanical inability of his right arm, and therefore the exhaustive medical examination, although it seems strange to us, has been positive. It proves the rider is perfectly ready to race. At what percentage, that can’t be told, but he fulfils the rigorous medical protocol for this type of injury. 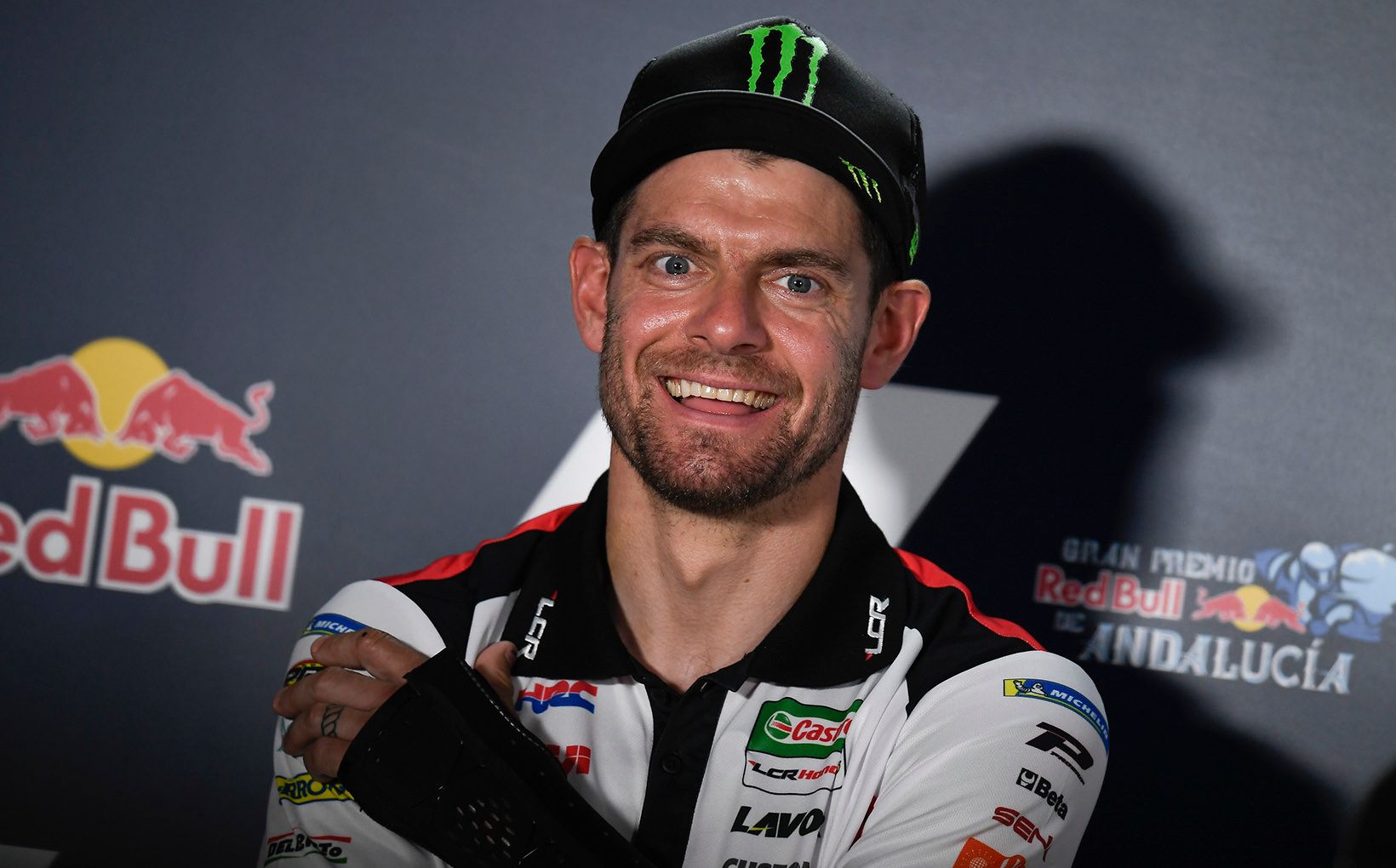 "Crutchlow had another crash and fractured his left scaphoid. A nail was placed in the fragment that was fractured and he has undergone the medical check-up which we do for this kind of injury, as each injury has its own protocol for examination. He’s okay and can race perfectly. In the case of Alex Rins, exactly the same. He had a scapolumeral subluxation of the left shoulder with a small fracture to part of the humerus’ head. This morning he underwent a nuclear magnetic resonance scan and the edema which was a result of the contusion has gone down ostensibly, and so we did the examination that have to do, and the rider is fit." 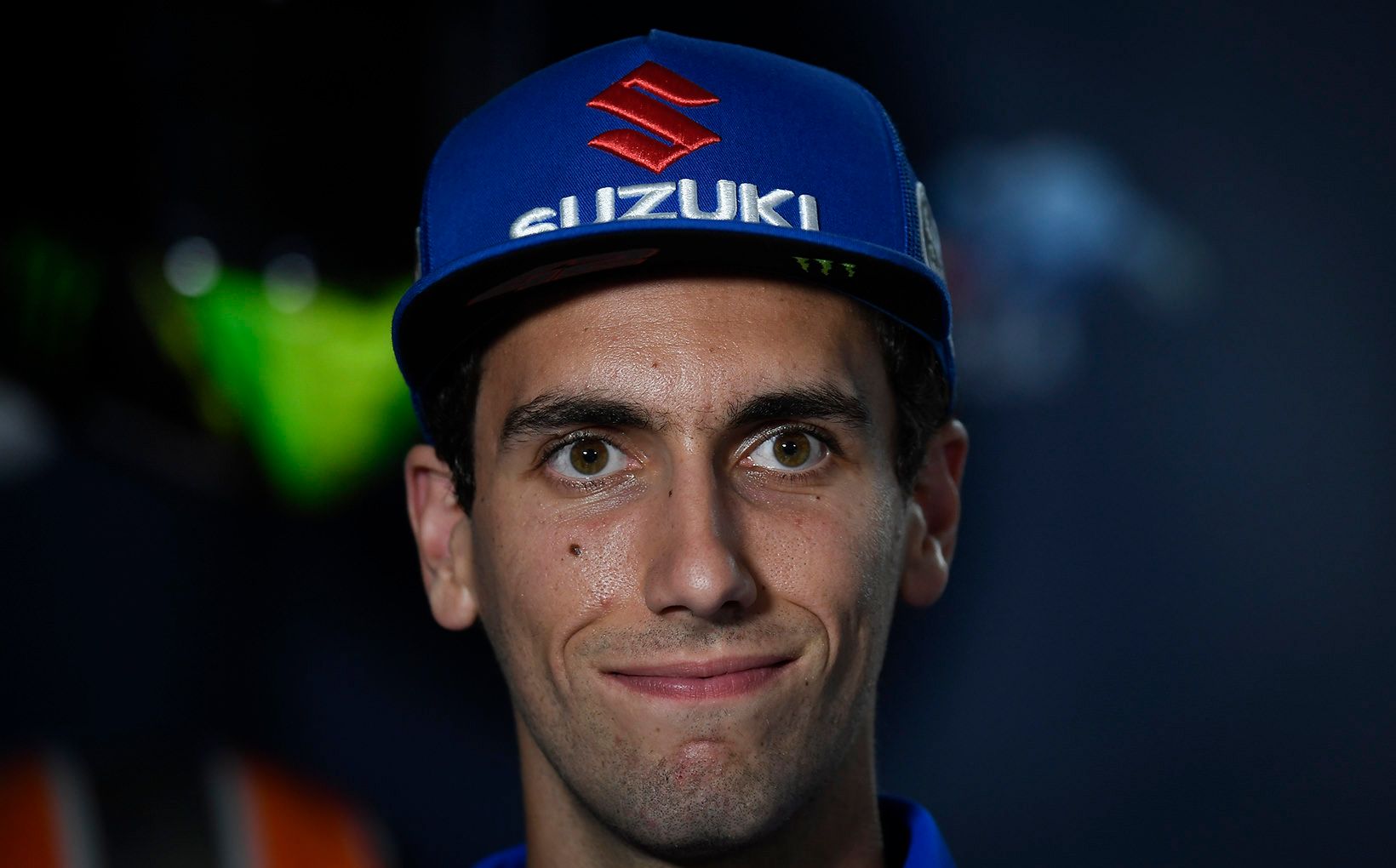 So there are reports out there that a title is not worthy if it is does not have Marquez present. We must respect each rider and their abilities. To say whoever wins the title with Marquez on the sidelines is just silly. A rider has to be their best self and that means avoiding injury. Every rider admits that if you get injured, the challenges are clear to perform. With that said, Miller was aware that even issues can exist when you are fit and on board the MotoGP bike. In the previous race, the Australian rider suffered from a numb hand and the throttle control was very difficult to deal with. No doubt, there will be a change in the handlebar set up for this weekend’s race. Remaining smooth is the most essential part of a long race where you are pushed to the ultimate limit. With seven months off, any sport will push your body and mind. In addition to the hot temperatures, Miller is excited to see how the second race will unfold. Fellow rider and friend, Crutchlow is also looking forward to getting into his first race after being ruled out last week. The main goal is to ride and also do a great job for his team Honda because every result will make the negotiation easier when it comes to an Aprilia deal in 2021. 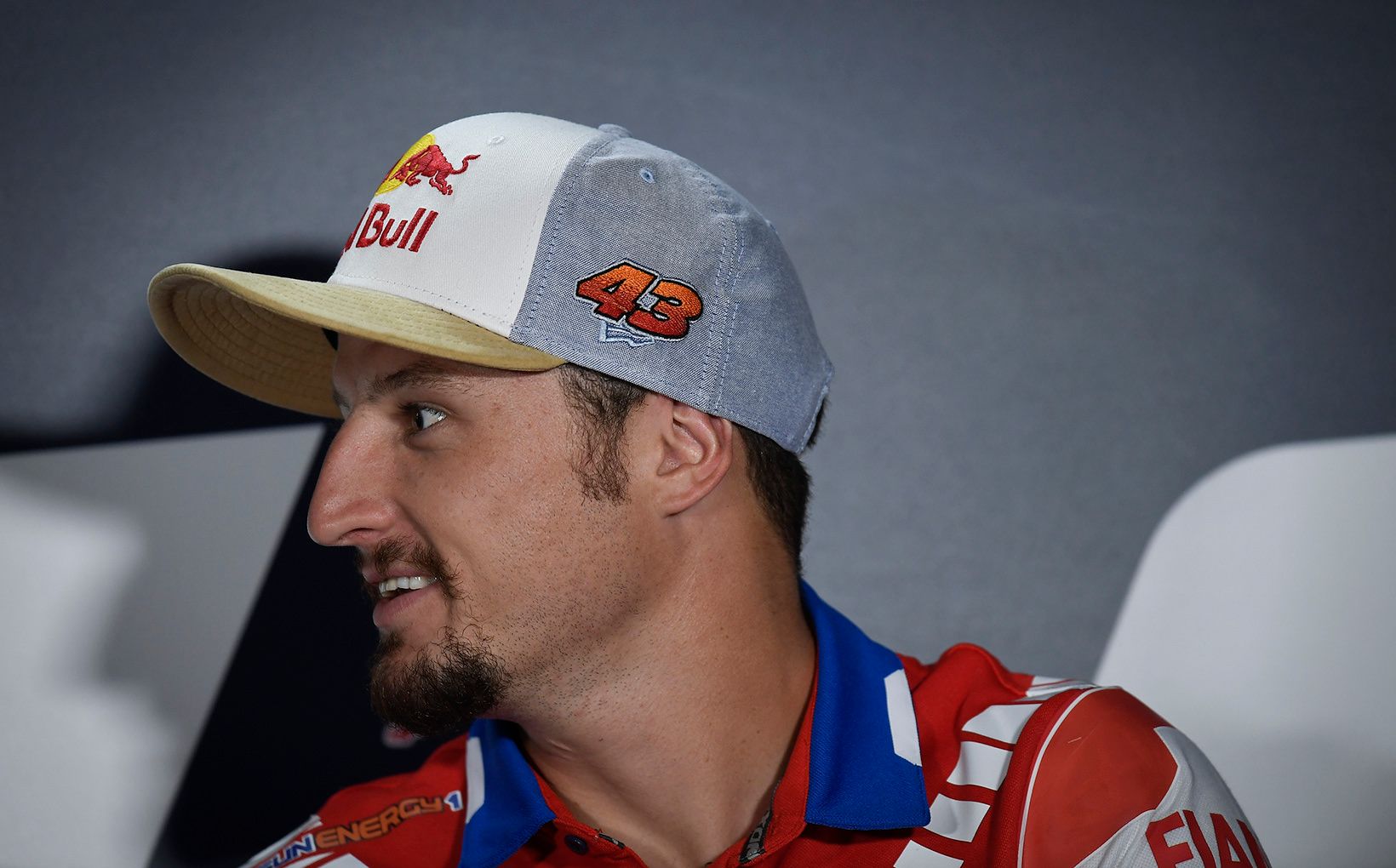 Fabulous Fabio is the one aiming to repeat back to back wins! The question is, can he do it and will Maverick Vinales, Miller or Andrea Dovizoso shake things up and take the top spot on the podium. Once you get a taste of success, the drive to want more is clear and Quartararo has the fire within his eyes. FB20: “The Spanish GP was such an amazing race. The weekend just felt so good with the pole position and winning the GP, honestly it was the best. I can’t wait for Friday to be back again, try to improve our pace even more and try to do exactly the same as this week. I think we can still improve because the pace of those around us was really good so we need to look to see which areas we should work on. We know that sector three was one where I struggled. We need to enjoy this victory but also focus on the next race this weekend as this new calendar is intense with few breaks so it's important to stay concentrated.” Winning one race is a huge honour as a young rider although it sets a target upon your back that you are the one to beat. Balancing pressure, expectation, personal goals and one’s own driving ambition to succeed is an ongoing battle that is physical, mental and tactics of psychological battles are guaranteed to appear. In particular, between Quartararo and Vinales because they can see the World Championship as a real goal in 2020. The season is one of many ups and downs plus chasing limits to be the best in the world.

The atmosphere inside the Monster Energy Yamaha team is positive for Vinales which is a vital part to his overall happiness within the box. In comparison, it is a tough ride for Valentino Rossi. Tyre degradation was main area Rossi was baffled by and questioning. The data from Sunday will help to improve the set up for this weekend’s race and he wants to be there, so the hard work is clear. Rossi feels good and watching the Yamaha perform means that there is potential to step up on to podium once again. The fear of crashing cannot exist, finding the limit has to be carried out and staying on board a must! In 2020, the season is unknown as COVID-19 still exists and is far from being eradicated from the world.

So who do you think has a chance of finishing in the top positions? Could it be Brad Binder who put on a stellar performance last weekend, his teammate Pol Espargaro, will Marquez race and put on a show to be remembered for an eternity, will Dovizioso feel the pain in his collarbone battling the heat and holding up the Ducati and could a rough odd like Franco Morbidelli step up to the plate? We look forward to tuning in for the sessions and enjoying another spectacular battle that certainly entertained people from all over the world in various lounge rooms and outdoor entertainment spaces whilst remaining safe. 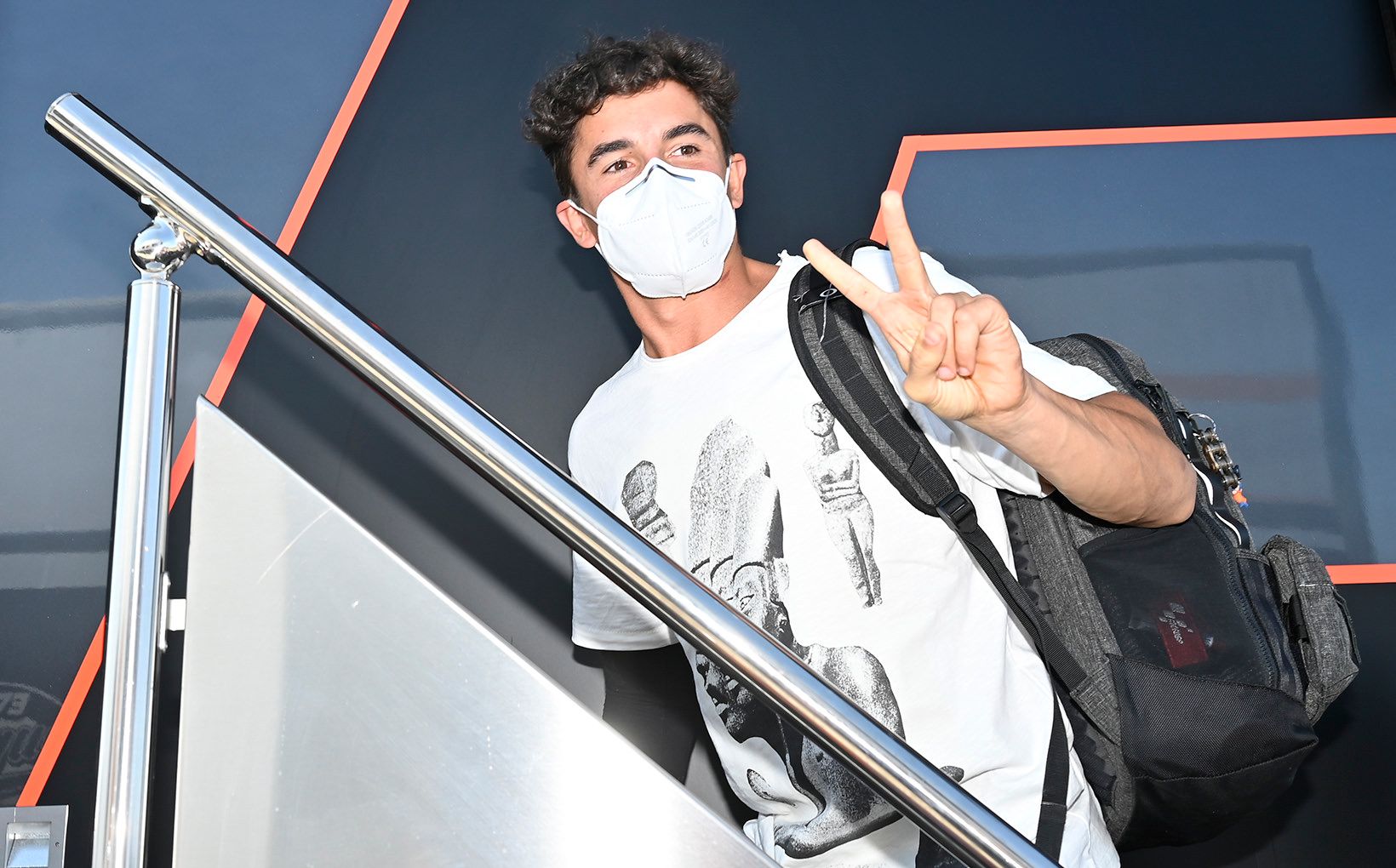 If you have the spare time, watch back the Marquez charge from the back of the grid up until the crash and analyse his speed, confidence and abilities. They are incredible when you weigh up how motorcycles were once raced in the previous generations. He is re-defining what is possible on a two-wheel machine and also how the human mindset works.