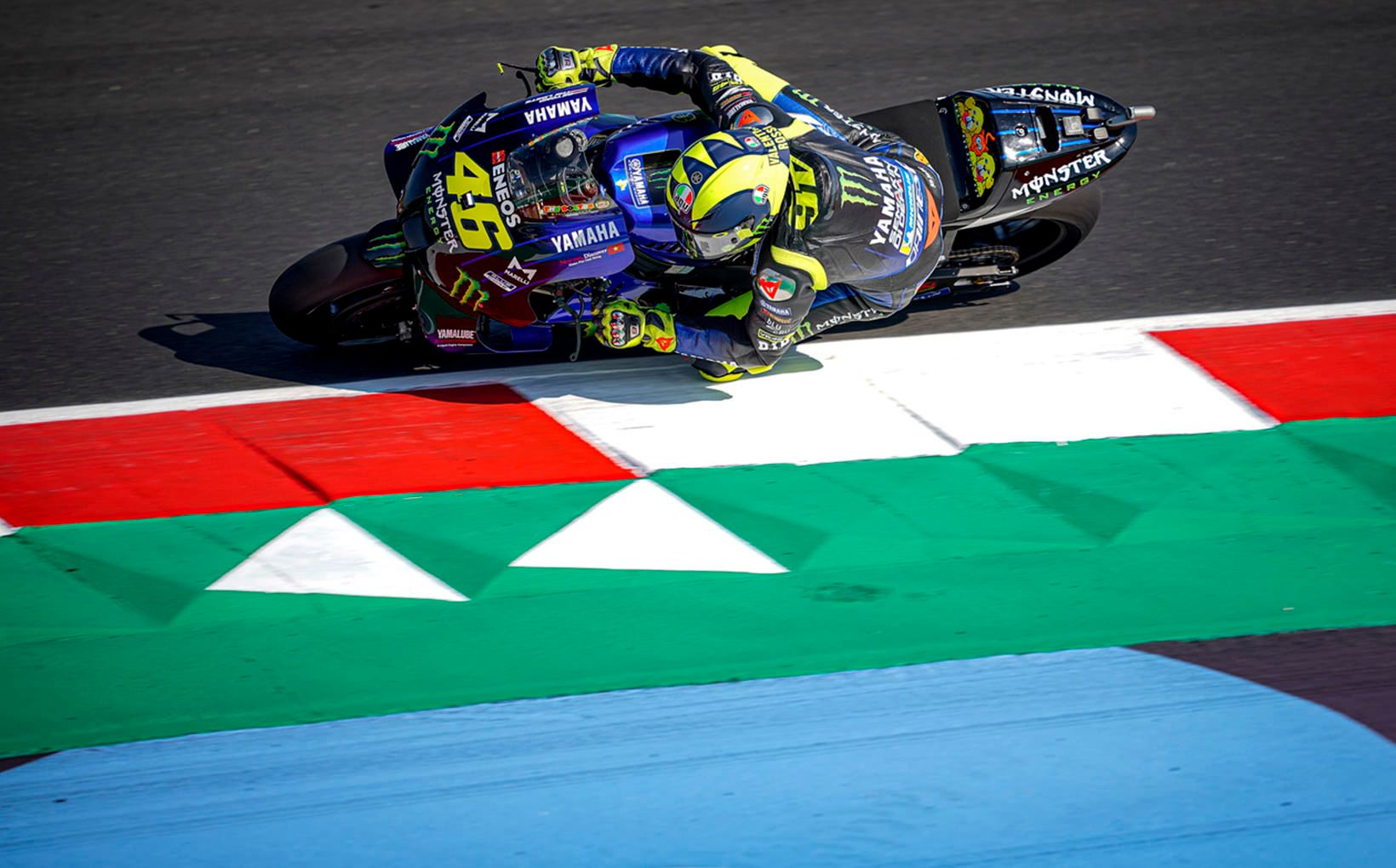 Misano Magic is here! Valentino Rossi is the one wanting to achieve greatness on home turf with so much opportunity there for the taking with ups and downs at every corner. Rossi is definitely feeling the most competitive he has been in a while even with contract negotiations still ongoing for 2021. Apparently, he will be on the grid…. We just don’t know if it will be with SIC Petronas Yamaha or another team. If Rossi can bring across his team, then the deal can be signed off with rumours swirling of the team considering a signing of Andrea Dovizioso. Who knows what will happen! 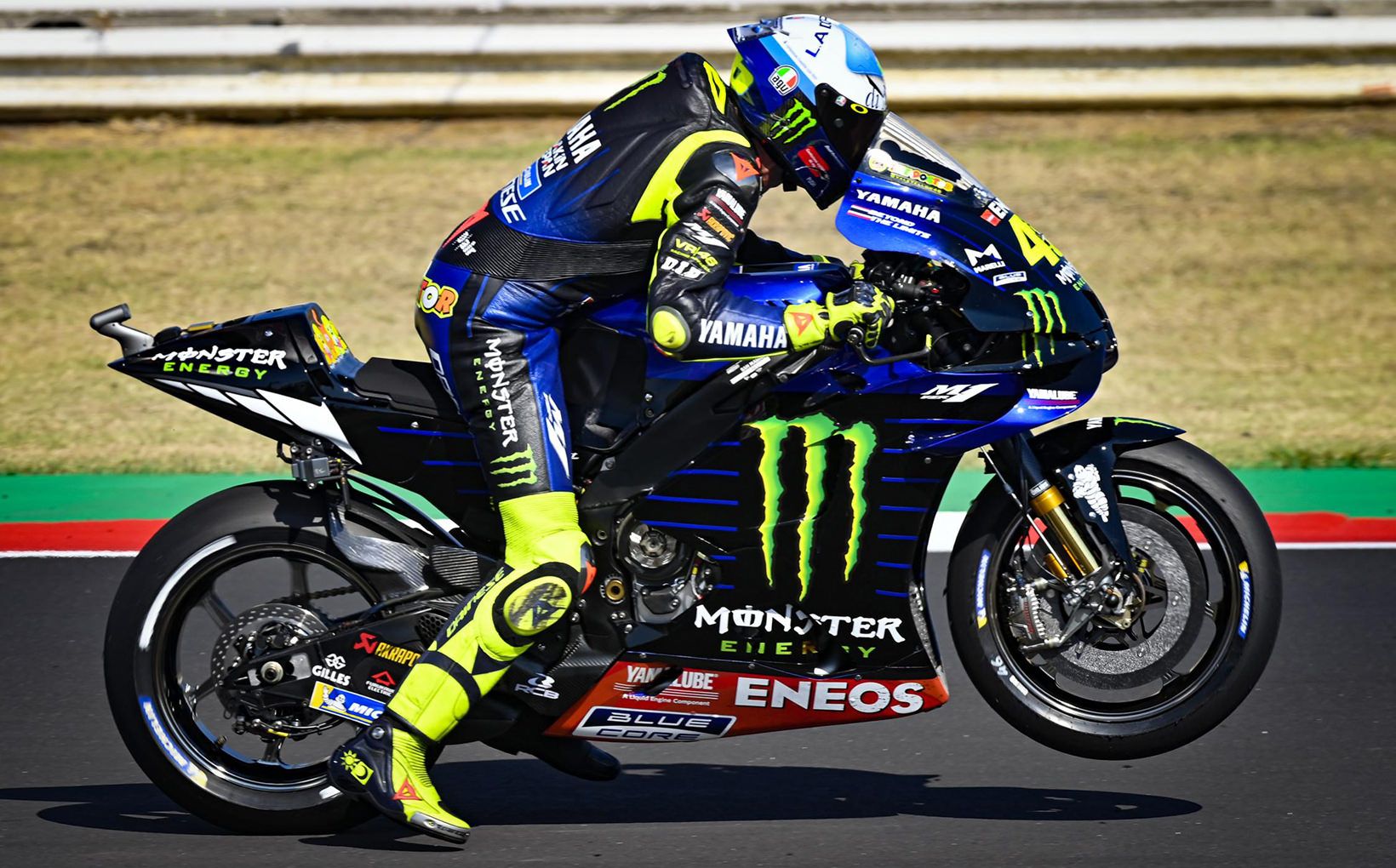 Valentino Rossi:The two rounds in Misano are next. Racing at this track is always very special for me. It’s very close to my house, just 10 kilometers down the road. It’s very easy for me to get to the circuit, and it’s also comfortable to be so close to home. Last year we were really strong here, so we hope we can continue to build onto this over these next two weekends and get some positive results. We finished just off the podium last year. We want to fight for the top positions again this time round.

The mental preparation for this upcoming event is massive because with Mugello off the cards, it is an Italian Grand Prix so many want to win. Maverick Vinales is one to watch as he took time to mentally change his tact. He looks good and is wanting to change the negative energy into results because the more you push against the grain, the harder it is to see the light towards victory. 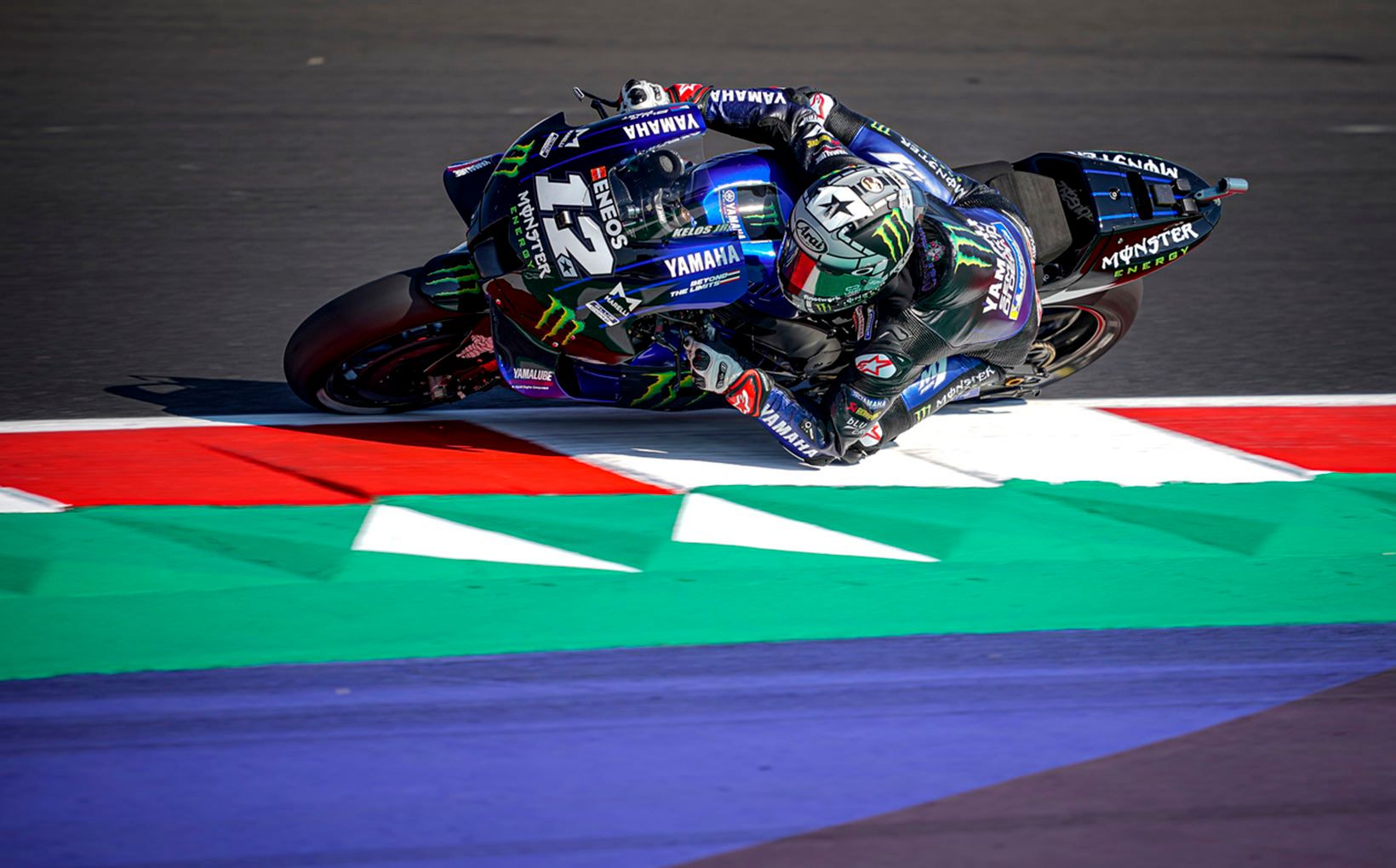 Maverick Vinales:“I’ve used the two-week break well to prepare for the races here in Misano. I’m in a good shape, both physically and mentally, so this weekend we will be pushing hard again. We will completely focus on improving our championship classification. That’s the overall goal, and to do so we need to be on the podium. I feel optimistic and excited about these upcoming three weeks. We know we can be strong here in San Marino and also in Catalunya, so we have to make sure we really make the most of these races. These next two GPs are kind of like home races for the team, so I want to get the best result possible.”

At this present moment, it is Fabio Quartararo’s World Championship to lose and Jack Miller, Rossi, Vinales and Dovi’s to gain. Unfortunately, it is a bad battle for Cal Crutchlow who has been declared unfit with major fluid problems occurring in his forearm as a result of surgery. The excess fluid from the arm as a result of the arm pump surgery has forced to take a backstep. The risk is high for Crutchlow and not worth pushing. "There was a serious risk of infection so Dr. Charte visited him this morning and he decided to declare Cal unfit and we, of course, have to understand the situation. The most important thing is that Cal fully recovers and can be back as soon as possible." 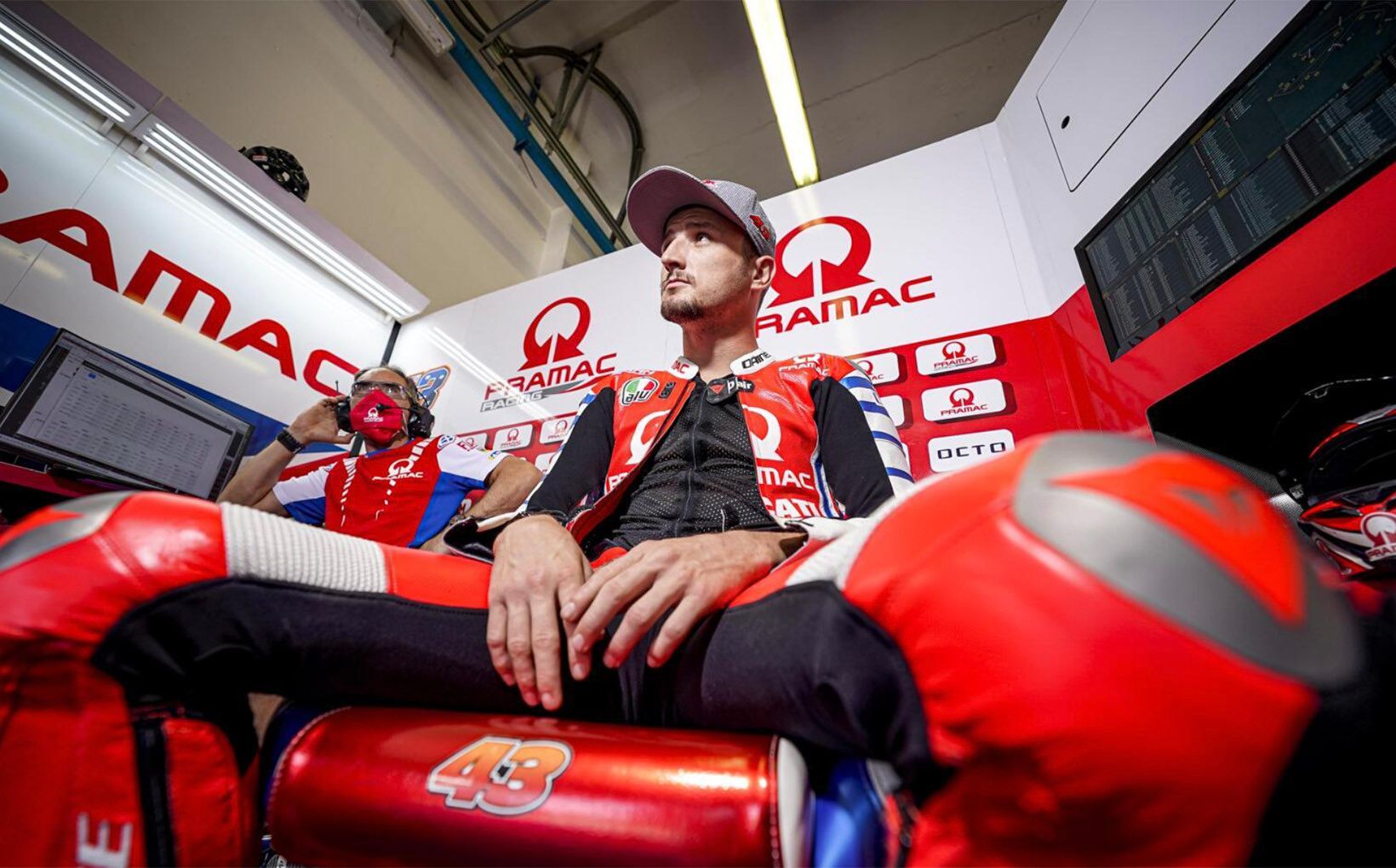 Meanwhile, Miller is not so happy with the Misano re-surfacing although his shoulder appears to be in better form. Miller is a title contender and one of the leading Ducati riders so it will be interesting to see how things shape up this weekend in contrast to Dovi. The two Grand Prix events at this circuit will be vital to the success of the Italian manufacturer. 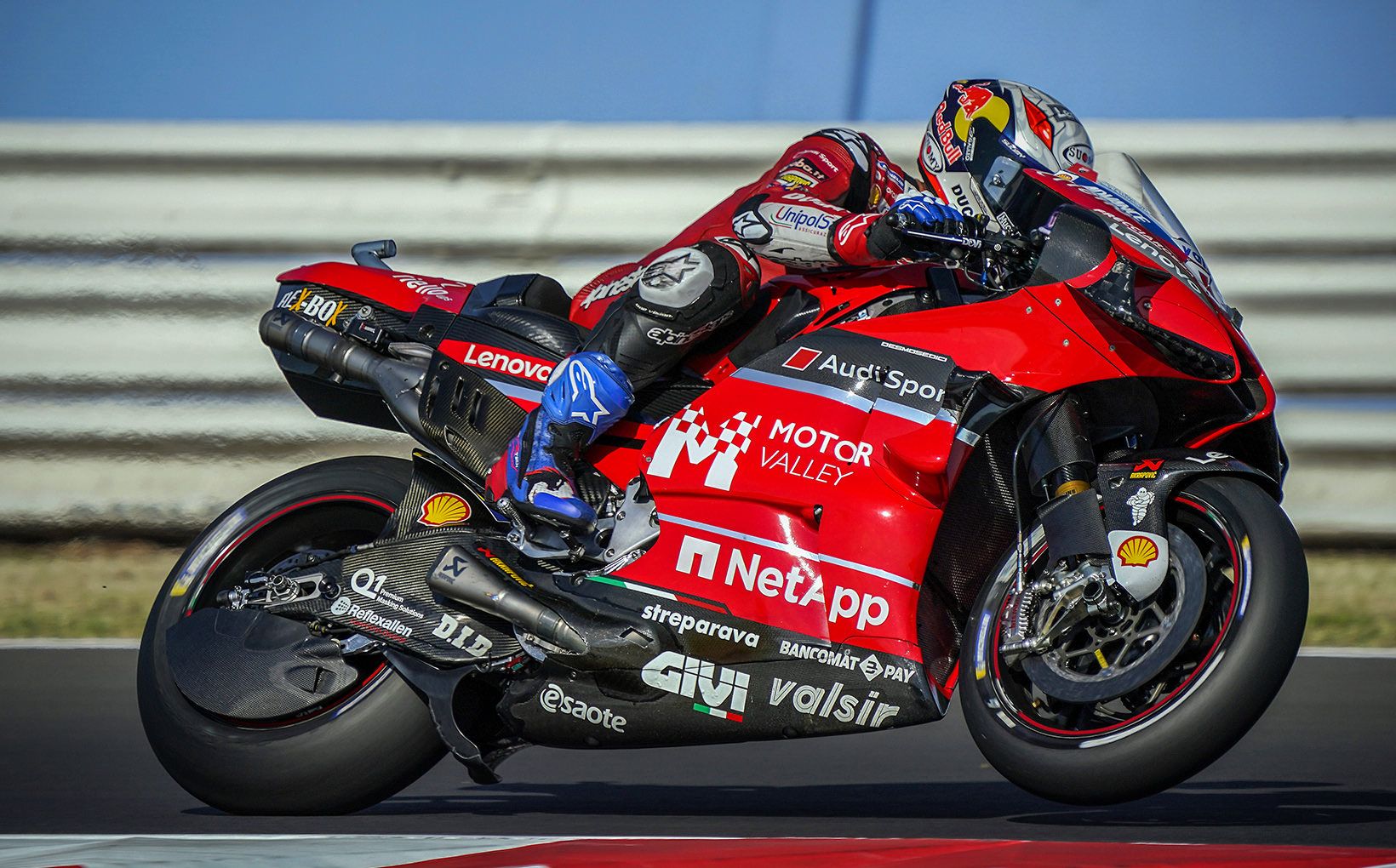 Andrea Dovizioso:"We have a lot of expectations from these two consecutive Grands Prix at Misano circuit: we are very determined to return fighting for the podium, but first, it will be crucial to understand the new conditions of the track, since it has been recently resurfaced. At the end of June, Michele Pirro took part in a test here in Misano, and he managed to have good lap times, and this makes us quite confident. Apart from the two races, we will also have a day of testing on 15th September, between the two Grands Prix. It will be important to make the most of this opportunity."

A lot of things can happen over the next two races. There will be victors and losses. One of the technological trials this weekend is a new radio communication system between race direction and the riders. Stefan Bradl in particular took part in the new trial. There are some serious debates over whether it is necessary, could be a distraction or insightful process in the sport of two wheels.

What are your thoughts? 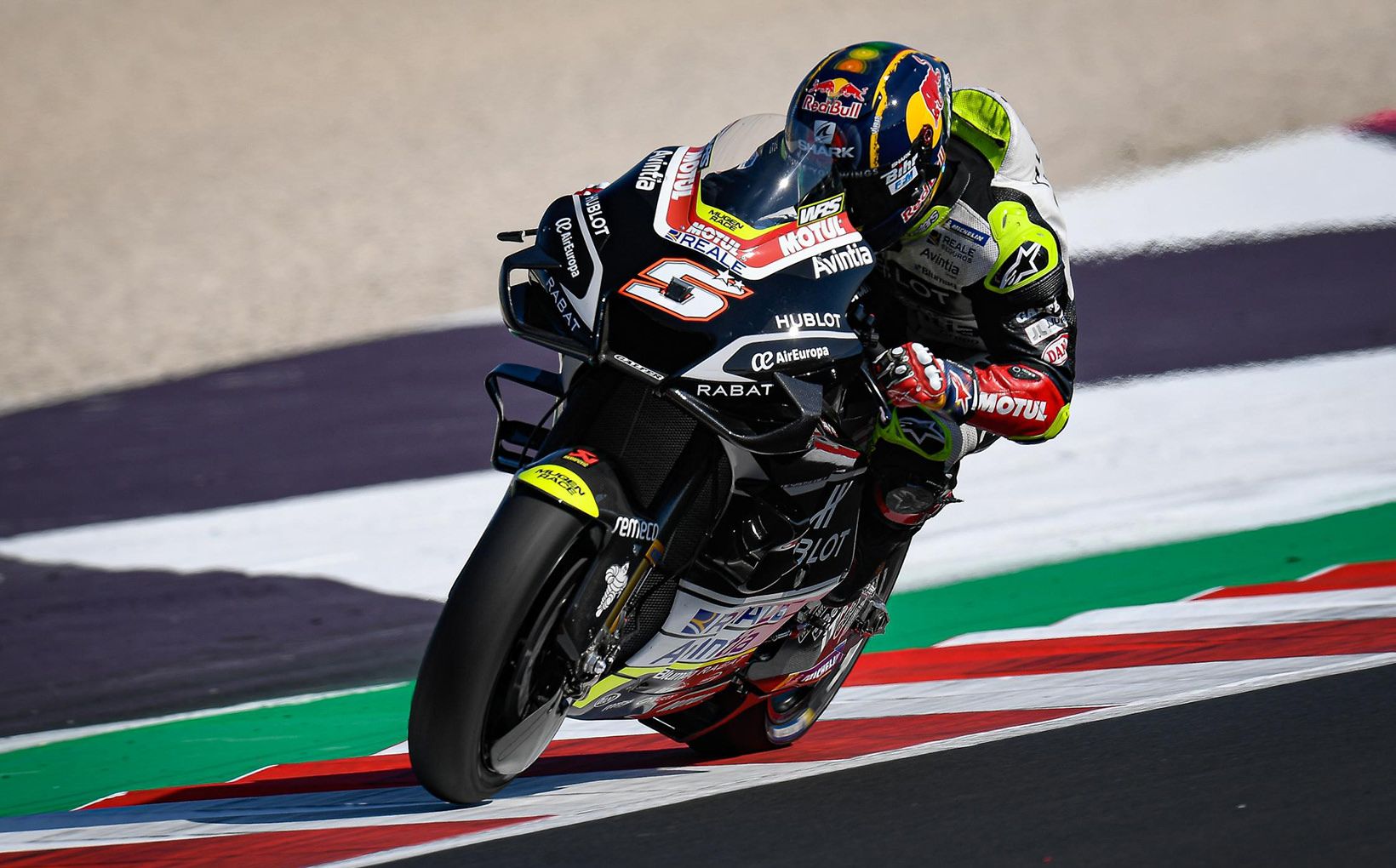 With more rider changes taking place, according to the Esponsorama Racing boss Johann Zarco is moving to another Ducati team and with a Moto2 rider apparently 99% confirmed to take over. Some think it may be Jorge Martin, which could be a good break considering the fact he has been forced to sit out this weekend as a result of a positive COVID-19 test. The reality of the pandemic/epidemic became real when Martin and a mechanic of a Moto2 team came back positive. The other alternative choice is Enea Bastianini, who has signed with a Ducati team. The silly season is still on! We are pretty certain that Jorge Lorenzo is off the cards for a return with even Rossi and Quartararo being questioned about the lack of track time for Lorenzo as a test rider. It has definitely been a refresher for others like Zarco who feel more comfortable on the Ducati rather than the KTM.

Johann Zarco: “These weeks at home I have tried to recover my wrist the best as possible, I just coming back very well, I will not say at 100 percent because it is a place that needs time to recover perfectly but much than two weeks ago. I did a good training physically, running a lot, and it’s a good way to understand if you are in a good form or not. So, I will see in Misano, that is a track that I like, I got many times good feelings and good performance so I think with the Ducati is possible to go very fast too, they are many information on this track. I will hope to be at the level to fight to podium like in Czech Republic, the new victories of other riders get me motivated.”

As we look forward to this weekend’s event, Misano will be a good test for mental focus. We know Rossi can see a 10th World Championship, so it will be very intriguing to see how the Yamaha machine holds up with fears around reliability always creeping about. Who do you think will have the dynamic edge to go a step above the rest?