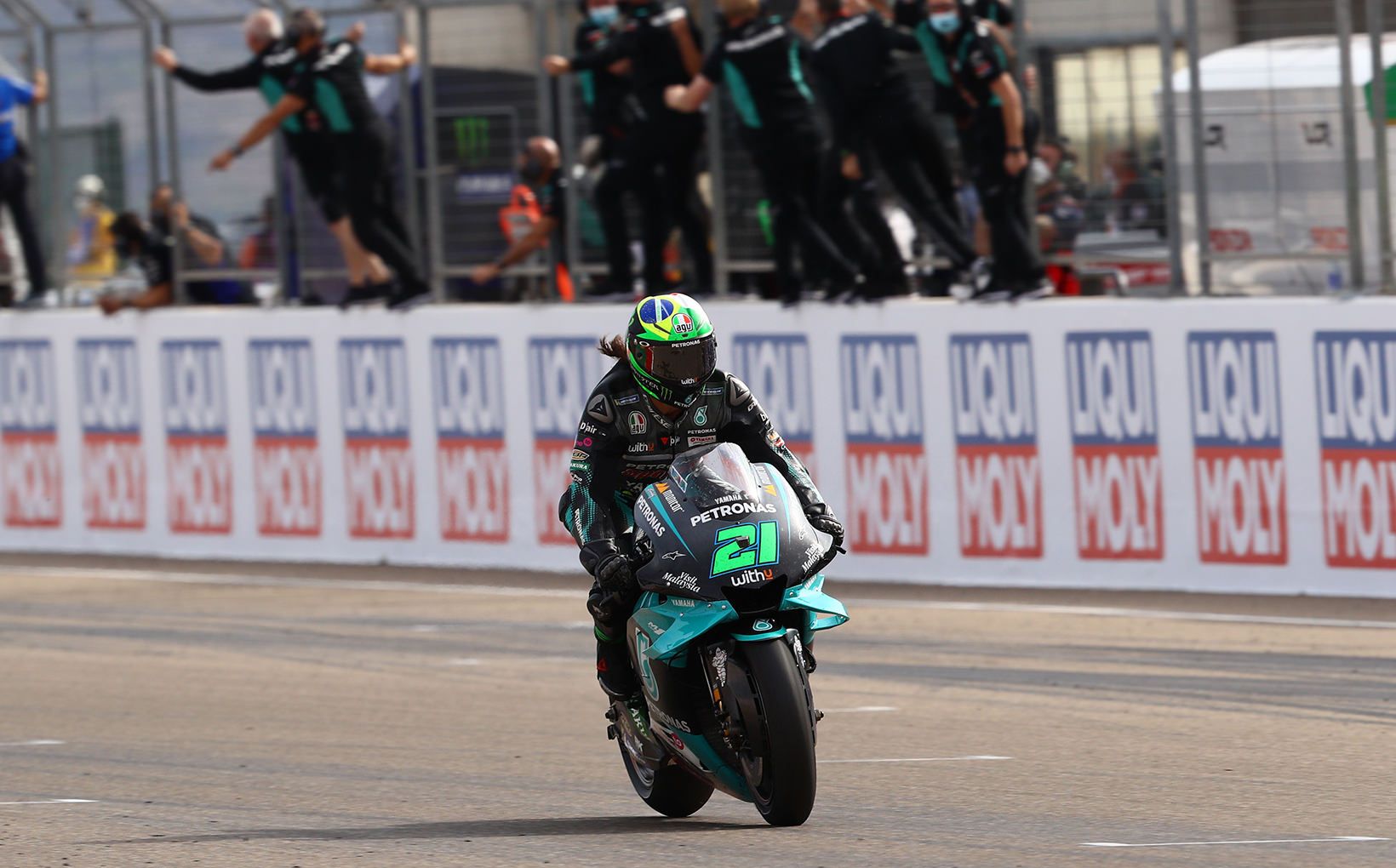 So who is going to win the World Champion? Such an important question and with so many unknown answers as the points change race by race. With that said, Joan Mir has extended his lead over Fabio Quartararo whose second half of the second has been poor and not reflective of the superstar start he had at the beginning of the 2020 season. One minute we are writing off Morbidelli and the next he is back in title contention as a result of fellow rivals making mistakes and not performing at the level expected, this of course includes Andrea Dovizioso. The saddest rider after the race though was Takaaki Nakagami who had the perfect start and succumbed to pressure making an error early with a cold tyre and crashing out in the lead. That race will be replaying in his mind continuously! The picture perfect result was not meant to be for the Japanese rider and instead went to Morbidelli who outperformed the entire grid and in particular his teammate Quartararo. 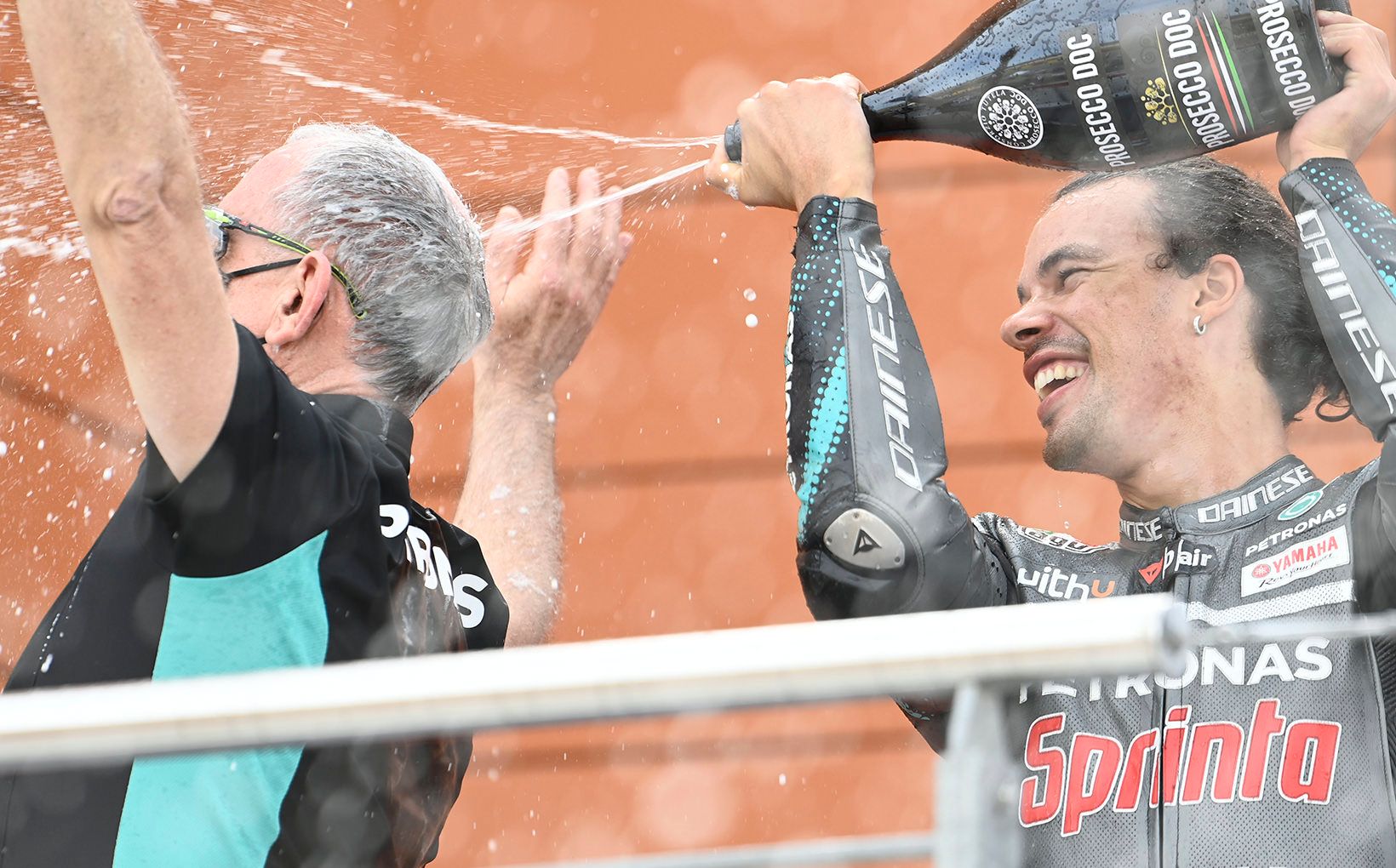 “I am very happy with this win; it feels a little bit different to when I won in Misano. It comes from the hard work that the crew has put in; they have done an unbelievable job and worked so well together to get this win. The bike was perfect during the race, I was feeling great and I just had to focus on getting the bike to the finish line in the shortest, fastest, time possible. This victory is for them, for my crew. Without their work it would not have been possible. So thank you. Now we are just 25 points from being at the top of the championship standings, which means that it is time to go super aggressive into the final three races of this year.” 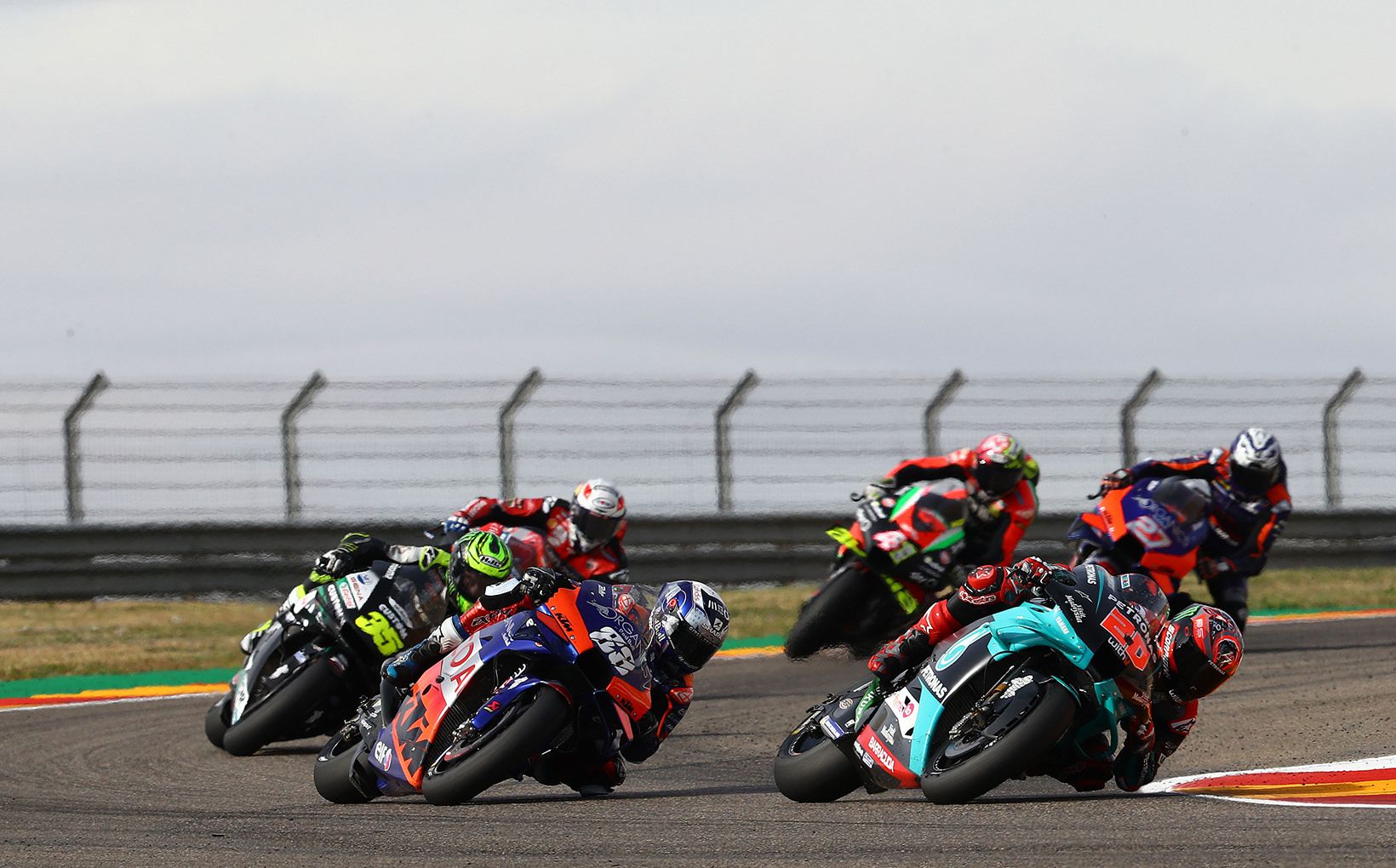 “Really I wanted a bit more from the race today, as we found something this morning that improved the bike, but it didn’t help as much as we thought it would in the race. The feeling was not great but we scored some points today and we actually had a fairly good race, I was able to fight and defend my position. We will try to be faster in the next race at Valencia, which is a track that I like and I had a great feeling there last year. Also we don’t seem to suffer tyre drop off there, like we have done here. There are three races left this year and we know how fast we can be, so I might not be so happy with the result today, but I know we have some good opportunities coming and I’m looking forward to being there.”

So when the pressure moments, who are the team making their impact, it is Team Suzuki Ecstar riders Mir and Alex Rins. There were thoughts that maybe Rins was going to run away at the start of the race although this was not meant to be. If you compare where Rins started the season, it is an incredible achievement to be back within World Championship contention all things considering. Suzuki did the right job in securing their riders for the future early and enabled them to focus purely on racing, which is a good balance with a pandemic unfolding, high pressure environments and 100% focused required at all times. 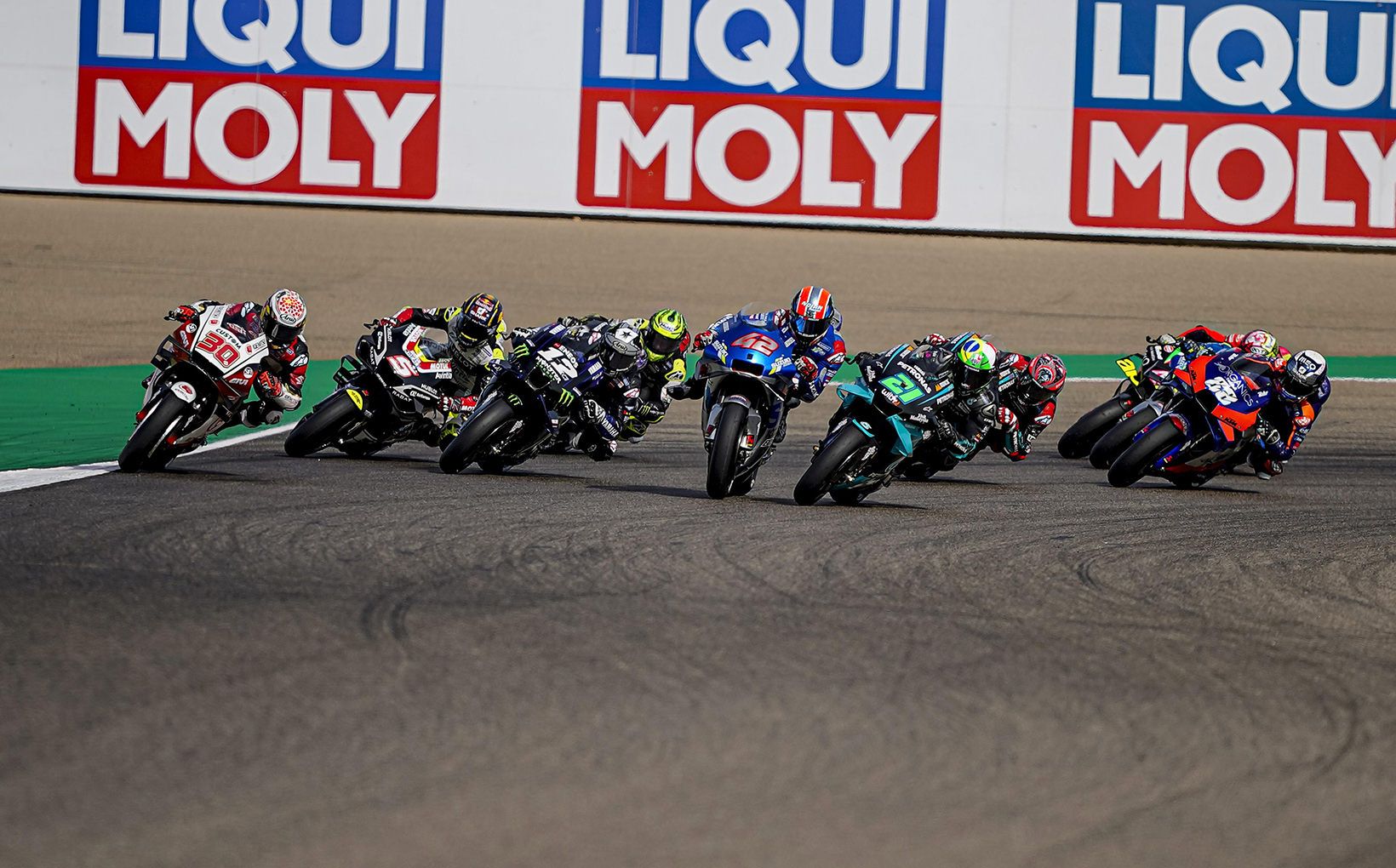 “Obviously I was hoping to win again today, but another podium is an awesome feeling anyway. It was really hard to do battle with Franco today, he was very strong and he got a good start. I was happy with my tyre choice but I did feel a little bit of drop part way through the race, I knew that I had a decent gap on Joan so I kept things smooth and went for second place. I was really happy to see Joan there in third because it means another great day for Suzuki with both of us on the podium again! Joan is so consistent, but I’m also feeling better every race so let’s see what can happen in the next few races. Anyway, I’m really pleased to be on the podium again at MotorLand!” 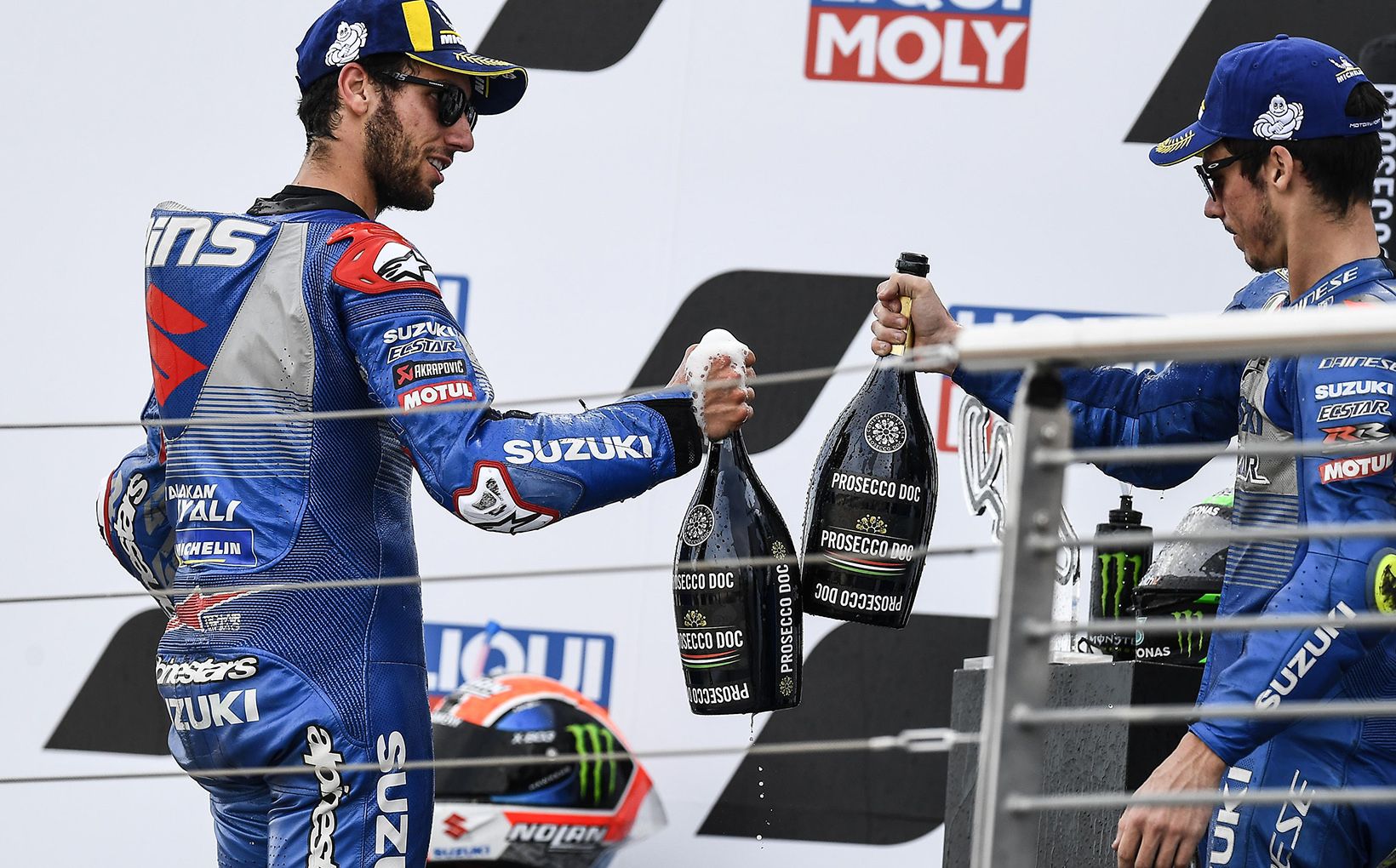 “My feeling was good today, but on the last laps today I wasn’t able to make up the difference - I had the same speed as Alex and Franco but I couldn’t manage to go quicker to close the gap. That was a bit of a shame, but it’s always hard to start further back on the grid and I lost some time while overtaking other riders. But anyway, I’m glad to have been able to collect points today and I’m satisfied because my target was the podium; I knew that was needed to keep a hold on the championship lead, so I’m happy that I achieved that. I will be giving my best in the next three races.” 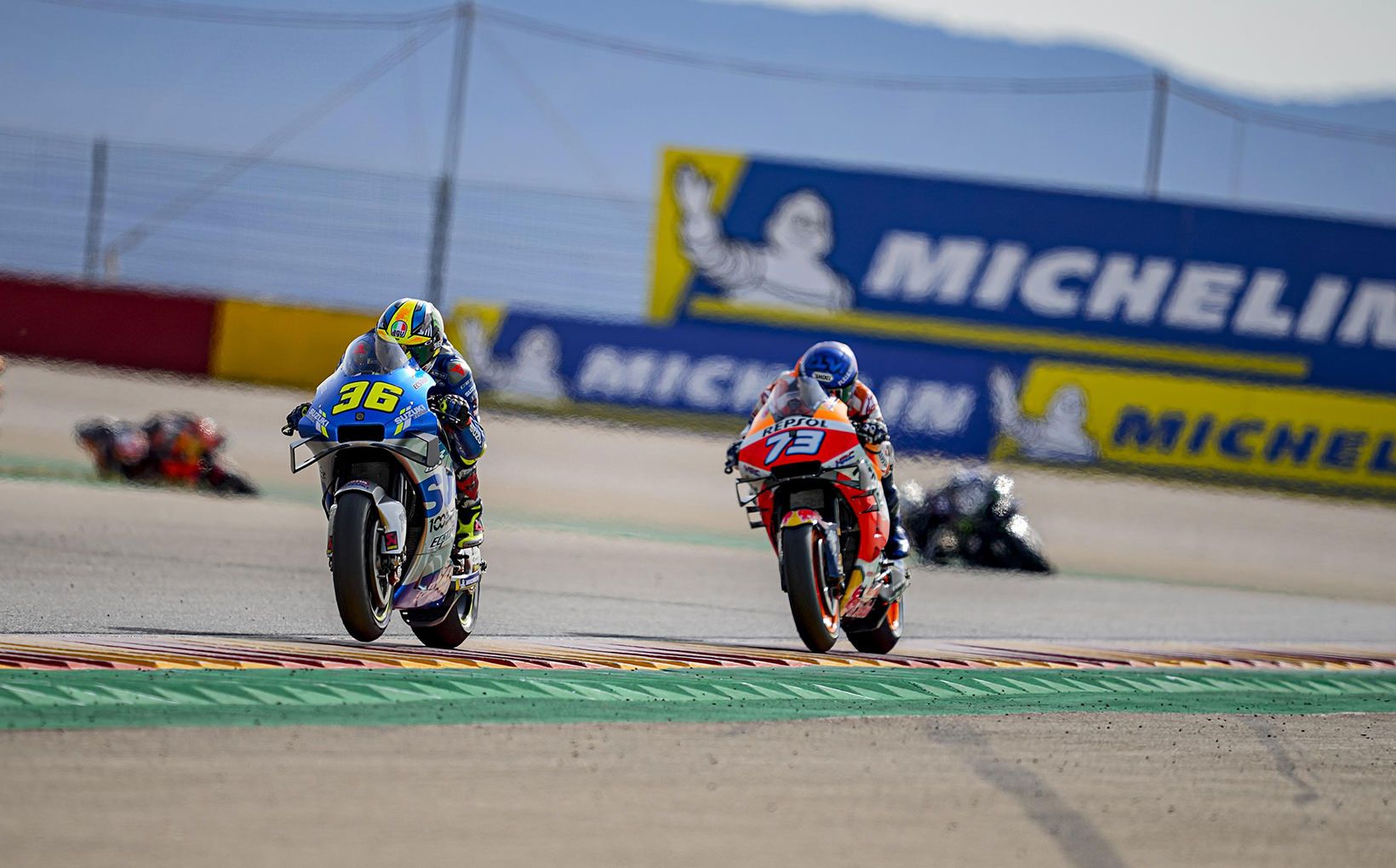 Cold tyres have been a real catch for many riders this season both young and very experienced. This weekend it caught out both Honda riders, Nakagami and Alex Marquez. The Honda duo were in line for a possible win and a podium. What was meant to be a celebration of 800 victories for Honda turned into a session of pain. Marquez opted for a hard front tyre like his brother Marc Marquez has done in the past and the gamble was paying off until a mistake was made. Sometimes when you push too hard, things unfold and are hard to recover from and this time, the slide was too much for Marquez to pick up and re-enter the race. Call it a rookie mistake and one he will review, deliberate and analyse in great detail. 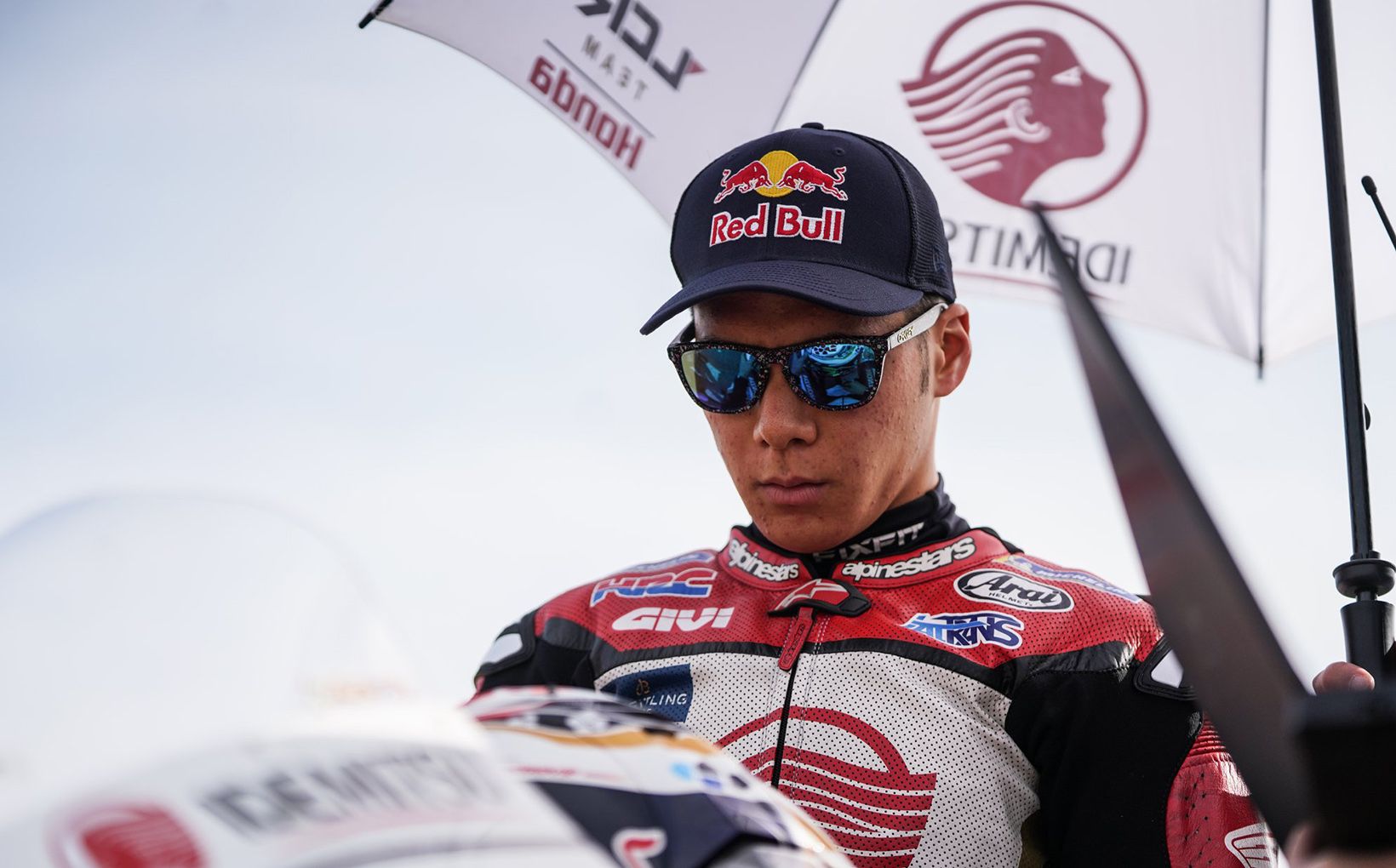 “First of all, I want to say sorry to all of my team because this weekend all of the sessions we were really competitive and were ready to get a great result on Sunday. But unfortunately I had a small mistake on the first lap which was after the start and I’m very disappointed to end up in the gravel. Now I’m very disappointed how it finished, but we’ll try to be positive as all the weekend we were so fast which showed that our potential is there. Anyway, we’ll try to keep focused on our job in Valencia where there are more back-to-back races. We’ll be strong and try to have a good weekend there and a big thank you to all my fans who support me.” 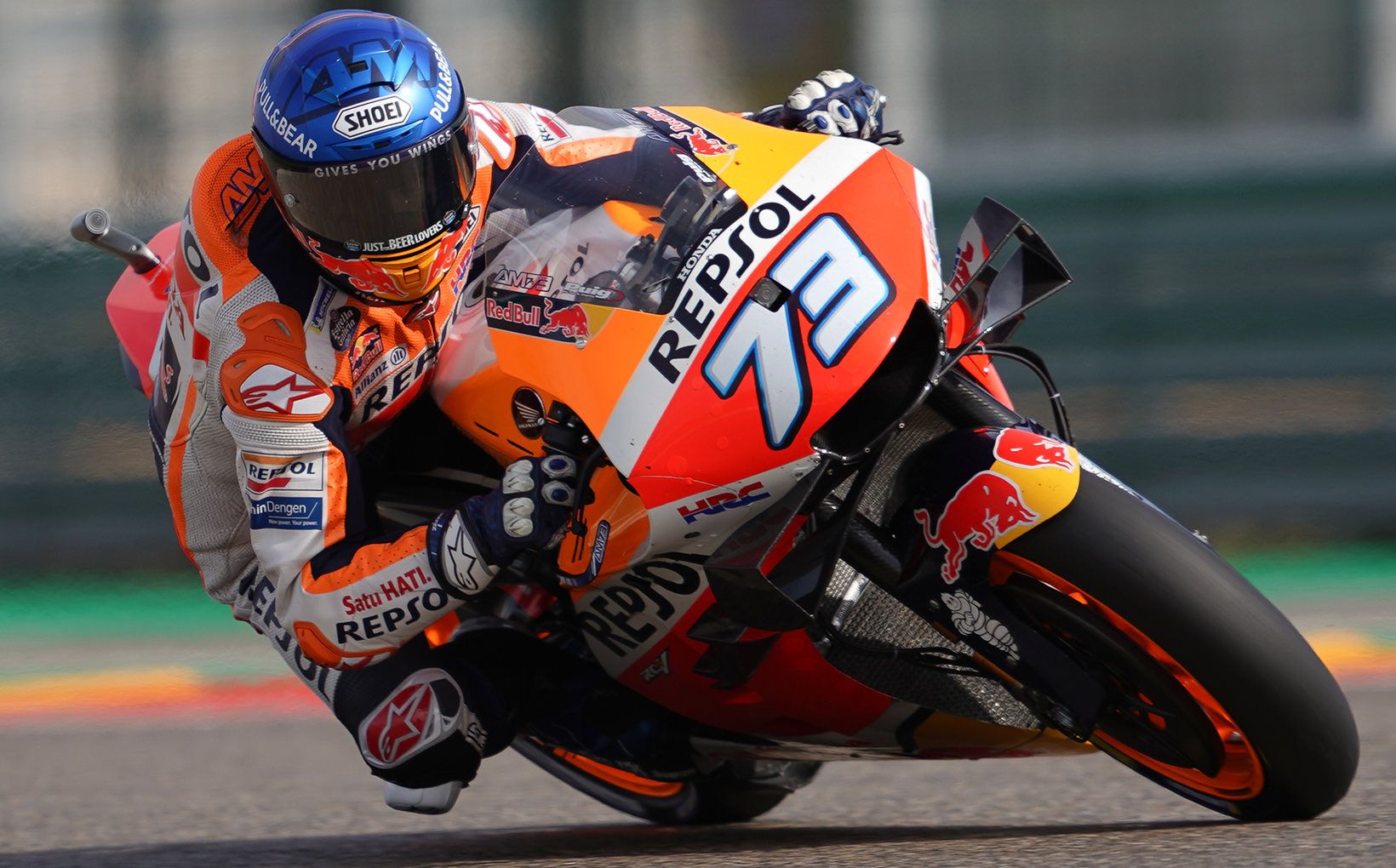 “It was completely my mistake; I lost some time with Zarco and Mir was escaping and I was probably pushing too hard to catch him. I was thinking about the podium a bit too much today because I really think we had the pace, but we need to remember to always be patient. It was another rookie mistake but we should be proud of the weekend and these three races in a row overall. Two podiums and a strong weekend here fighting. We have made good progress but stay realistic, be calm and see what our target is. I want to say thank you again to the Repsol Honda Team for their work.” 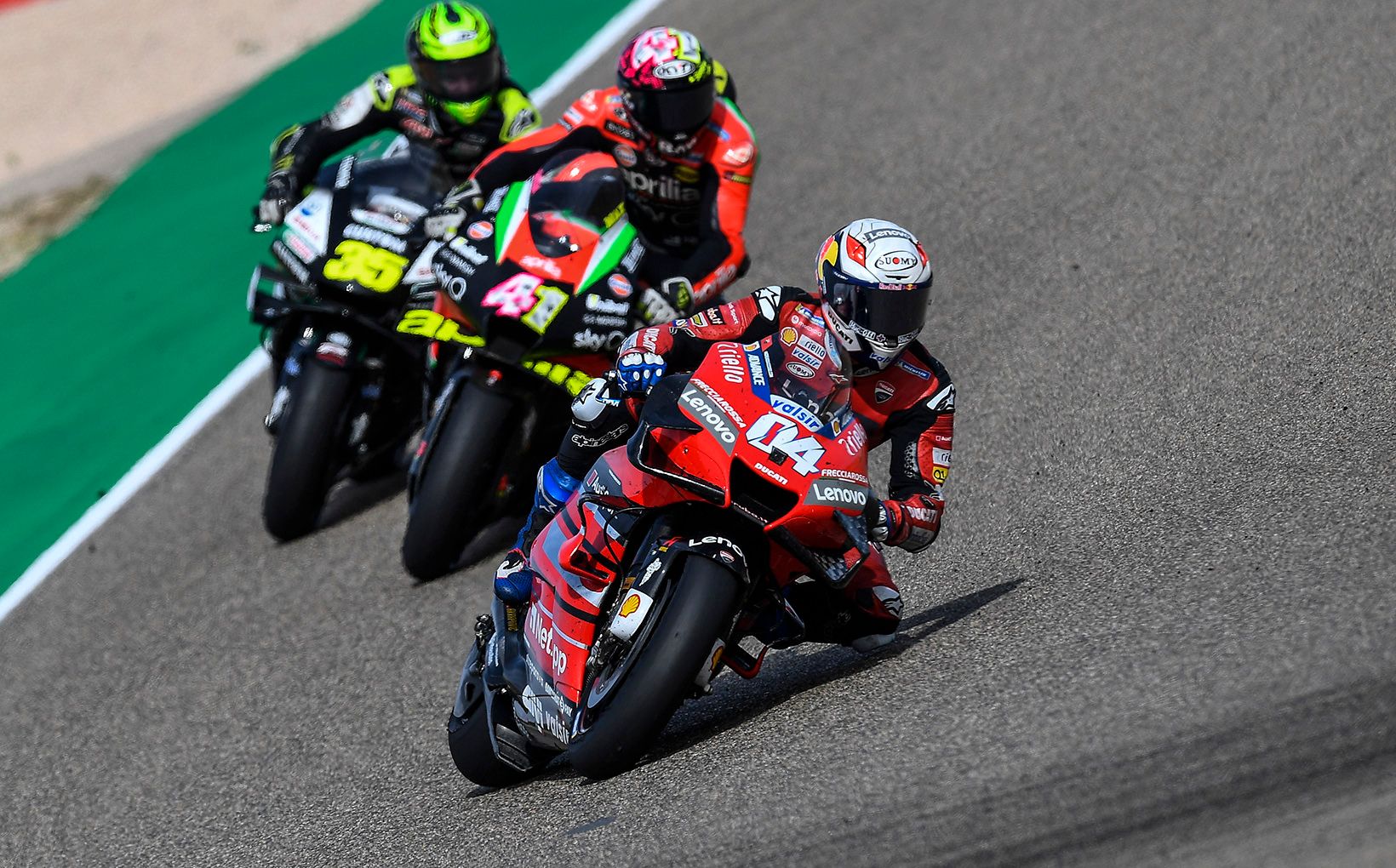 When you look across the field, it was not an ideal day for Dovi as mentioned earlier nor Maverick Vinales or Jack Miller. There was a combination of bikes not working well with the tyres and then in Miller’s case getting taken out by a fellow competitor that being Brad Binder. The up and down results do not make things easier for anyone and Miller is probably wanting to hit a reset switch with how much the Ducati machine has been struggling in the recent circuits. Frustration is probably at an all-time high for the Australian rider who was charging for a title and then experience some misfortune and circumstances out of his control. No doubt these experiences will be making him stronger especially since in 2021 he will be the leading Ducati. The one rider who has surprised us with poor results at times and performance is Vinales. We thought with an opportunity to put two hands on the number one trophy, he would be blitzing the field and this has not been occurring. It is very suprising as his main rival over the years is resting with injury, that of Marc Marquez. 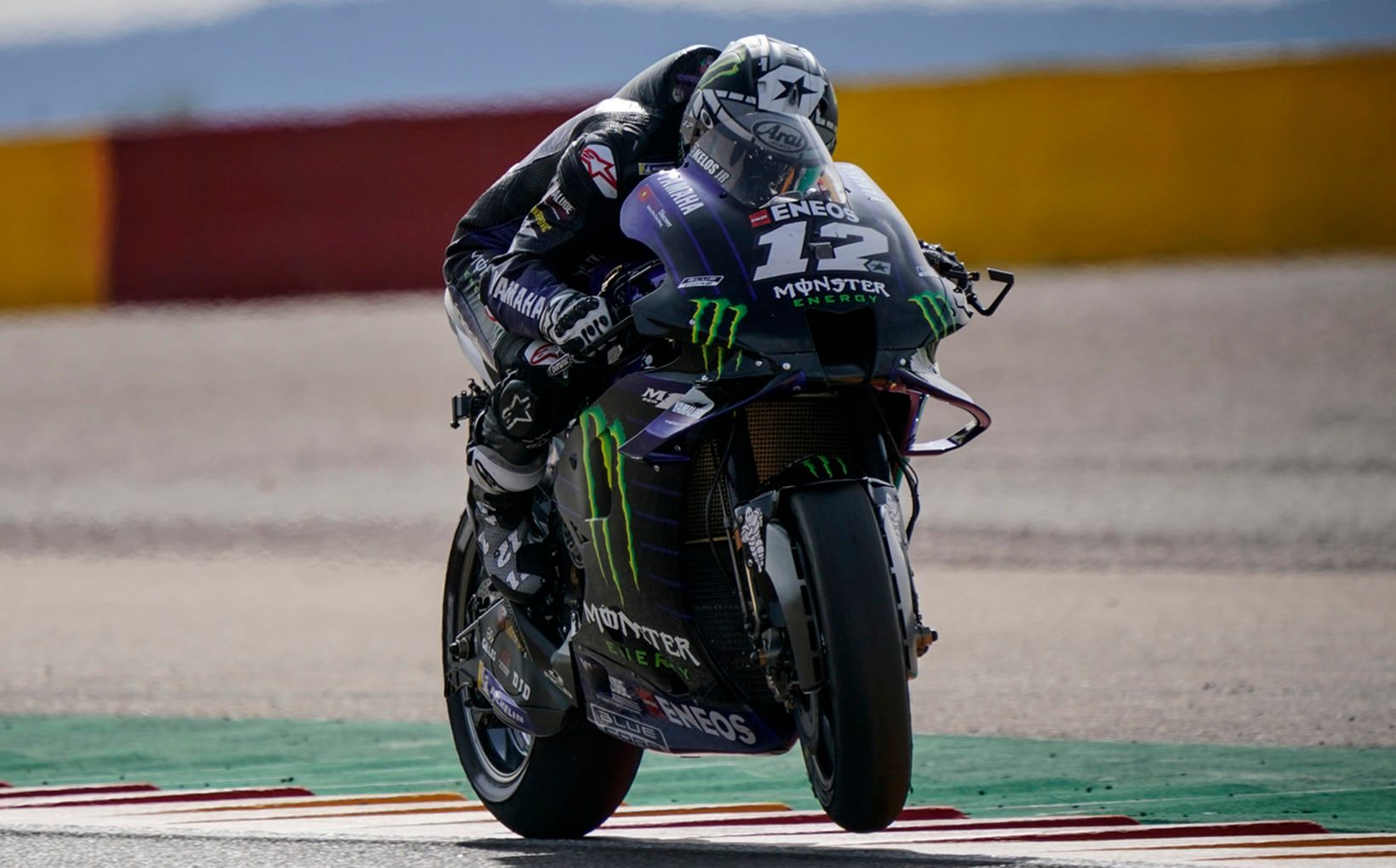 “I’m sure that for us the soft-soft tyre option was the right one. We saw in the last race that Fabio chose the medium front and the pressure was too high, so he lost a lot of positions. We preferred to ride with the soft tyre which was, let’s say, ‘the safer option’. With the soft tyre I can normally ride really well, so I thought for me this wouldn’t be a problem, except today I had no grip on the tyres, only in the first three laps. Then I had a big drop in both tyres and chatter, so I couldn’t do anything. We need to face facts. Today it is what it is. The only positive is that we aimed to finish in front of Fabio, the top Yamaha in the standings, and we did this. We’re going to try to do better in Valencia and learn from the things we did wrong during this race. For sure, this result is far from our potential, and we need to understand it so we can put the best version of our bike on the track. 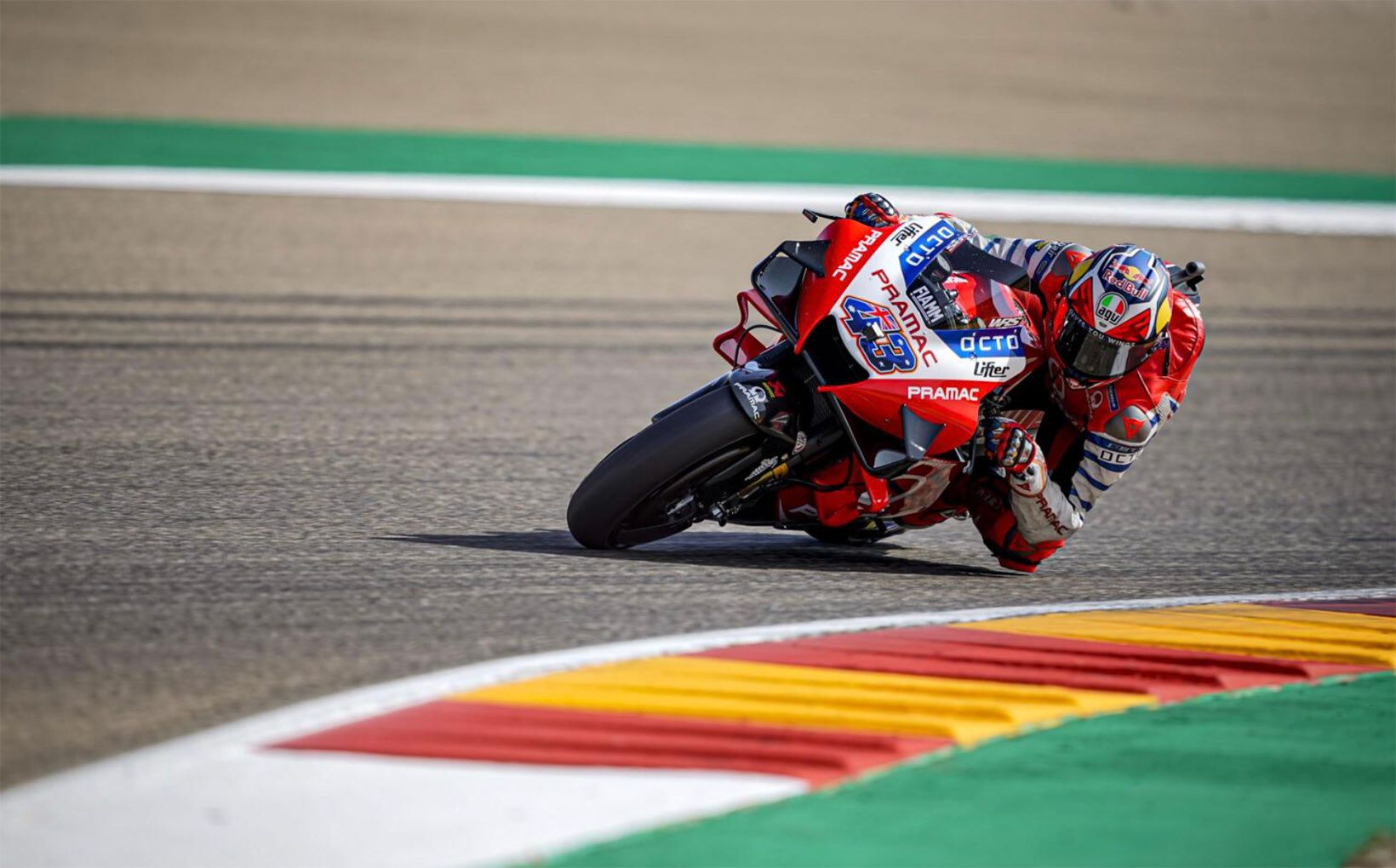 “There is not much to say, I was hit at the second corner by Binder. I had made a good start but my race ended immediately. Now we will focus on Valencia.” 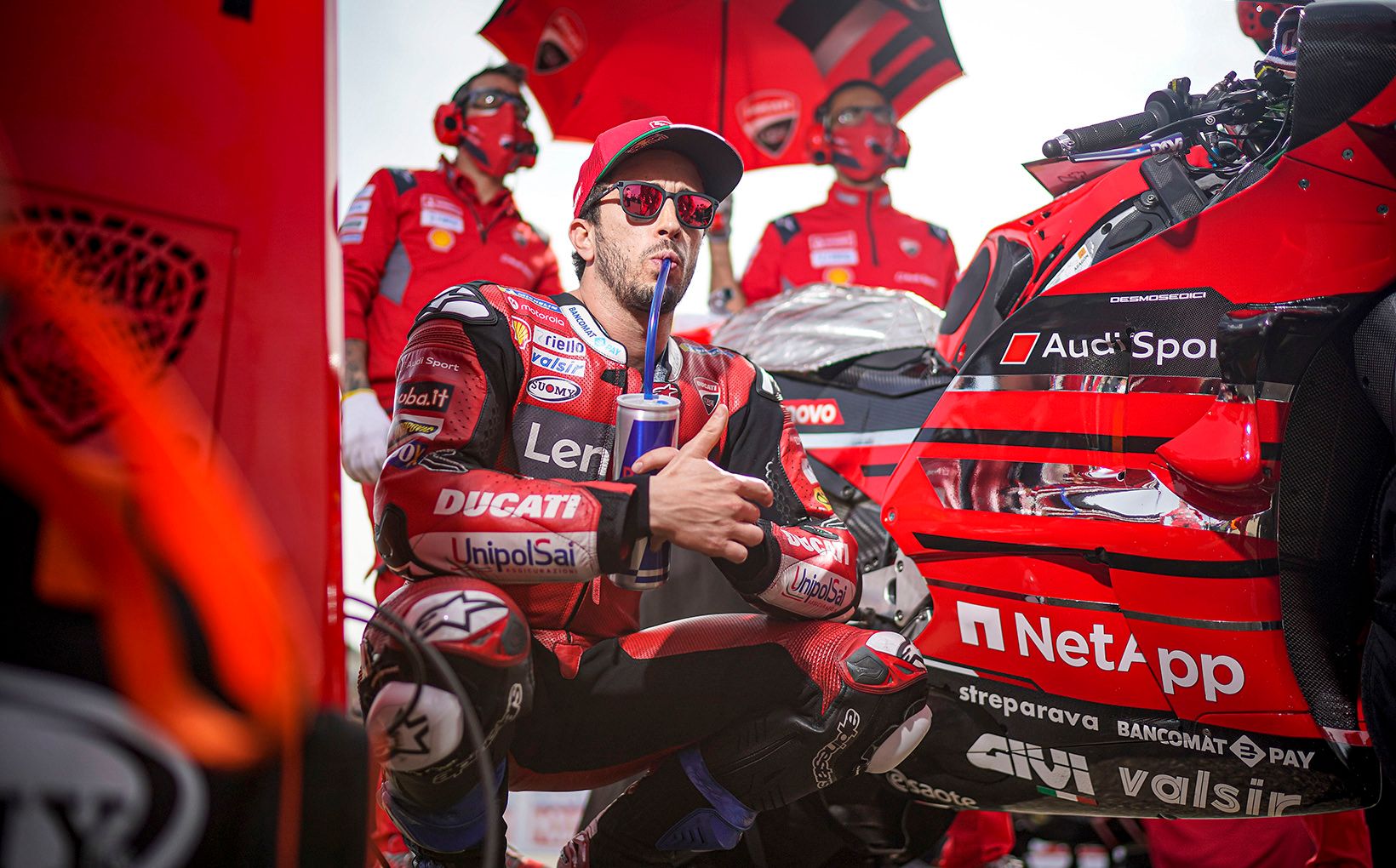 "We knew it was going to be a tough race and unfortunately, my feelings with the bike weren't good. We didn't have the speed to recover, and at the end, the soft tyre had a major drop, which prevented me from riding as I would have wanted. I struggled a lot and, especially in the last laps, I was also struggling with arm pump. Now we have to try to move on and start focusing already on the next three races that we have left." 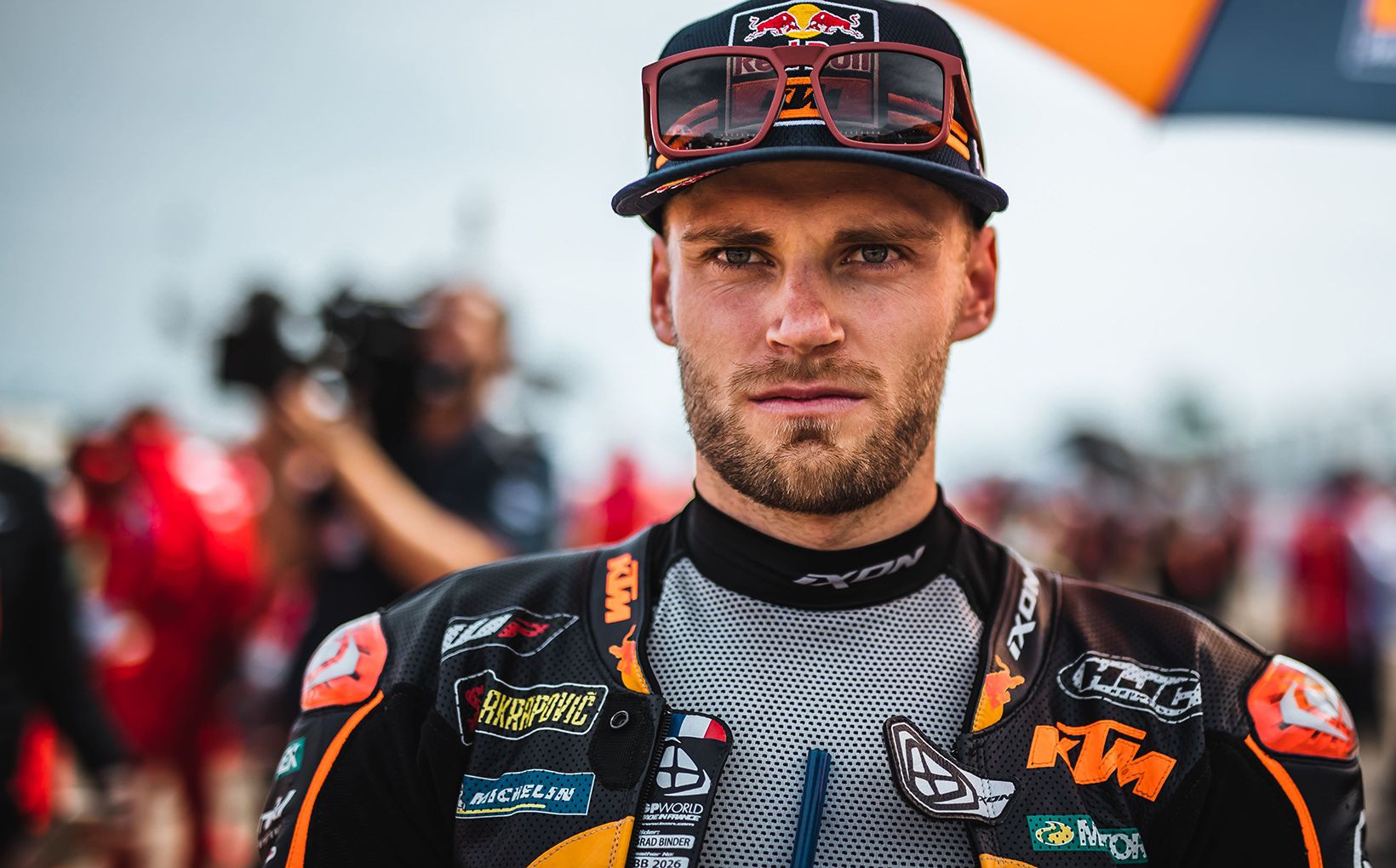 “I had quite an ‘OK’ start and as I went up the inside of Turn1 I then changed direction like a regular lap and got bunched up. It was a big mistake on my behalf and I’m so sorry to wipe out Jack’s race. I want to apologize not only to my team but also to his. We’ll have to restart and go again in Valencia.” 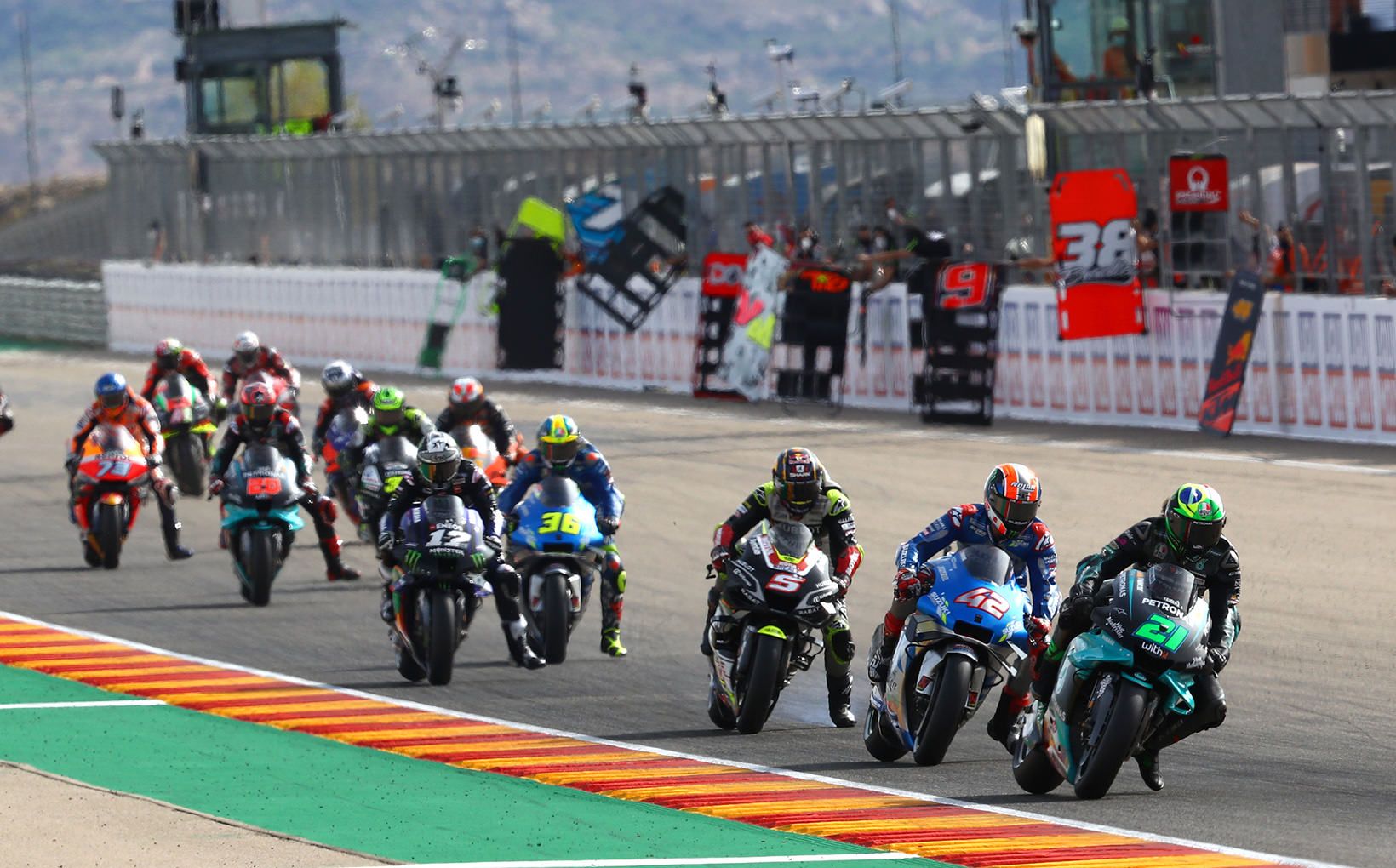 Right now, we have three races outstanding. The battle and stress is about to hit an all-time high level because we have two back to back races at Valencia followed by the season final in Portugal. Will the track suit other manufacturers more than others? Will riders handle the pressure? Will errors be made?

The final questions are:

Do you think a young rider can master the bull by the horns and outclass those who have worked for years…. We feel it could be the Mir factor or French flare of Fabulous Fabio that ends on the top step. With that said, there is every opportunity of a left of field winner coming through and taking the crown!