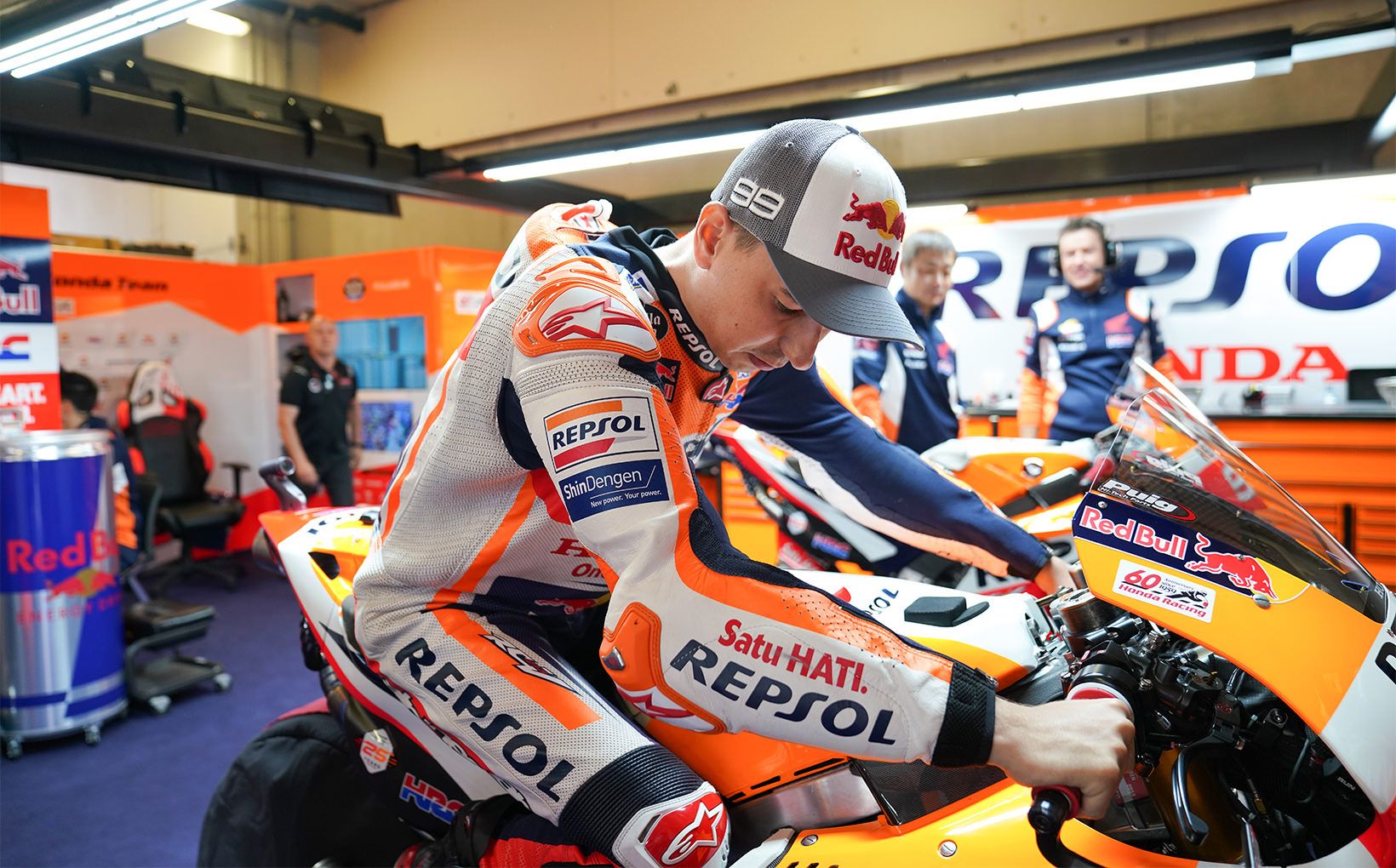 The main headline for the weekend is the chaotic crash of Jorge Lorenzo who went tumbling into the kitty litter and hit his head hard. Unfortunately, for the Spanish former World Champion, Lorenzo has a reported T6 and T8 fractured vertebrae. JL99: “Due to the fall I fractured both my T6 and T8 vertebrae. The injury does not allow me to race here in Assen or at the Sachsenring. Tomorrow morning I will fly to Lugano and do all the possible treatments to get ready to go to Brno.”We are wishing Lorenzo a speedy recovery after a very up and down season. It has been a challenging season to say the least and the fall a very unlucky one for the Spartan. Lorenzo will head home to Lugarno and recover from there. It will be time to think, feel and reset. The Repsol Honda rider is putting in the hard work though a season of injury is the main storyline. We really hope that the second half of the season turns up and allows Lorenzo to showcase his ability to ride the Honda machine. No doubt, set backs are normal in life and any top athlete has to master the ability to bounce back. JL99 is capable of this and has created miracles within his own racing life like he did in 2013 in Assen breaking his collarbone for the seventh time. Anything is possible! 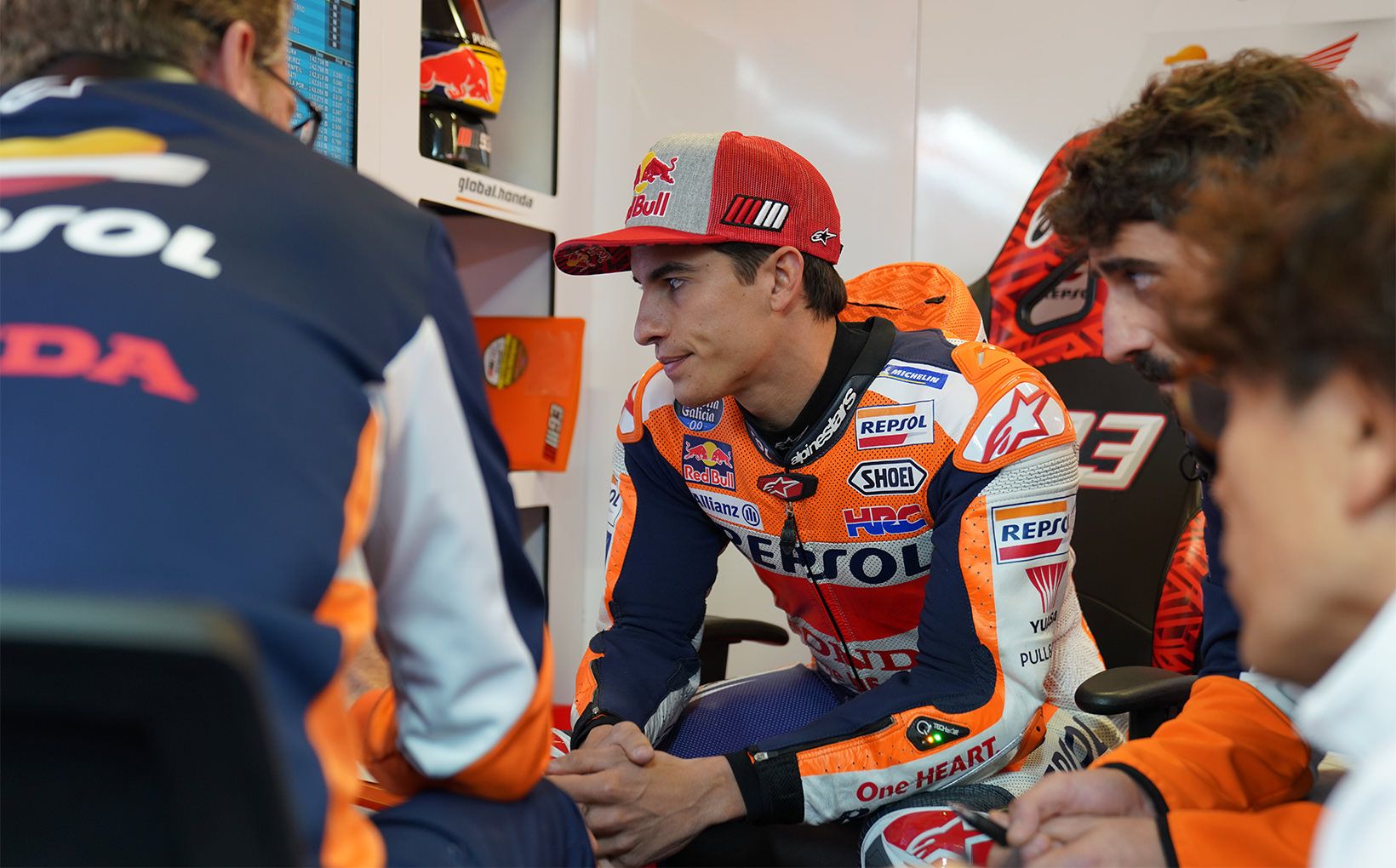 In comparison, Marc Marquez is excited about the weekend though feeling a slight dose of pressure. On Friday, he was not quick out of the gates. MM93: “Seventh on Friday isn’t a panic, we are working for the race and looking to analyse everything. Different tyres and all of these things, working for Sunday. There are four or five riders with a similar pace at the moment but we are there, that’s important. We keep working. It was also very special today to be alongside some of Honda’s legends to celebrate the 60th anniversary of Honda Racing. I’m very sorry for Lorenzo and wish him a speedy recovery.” 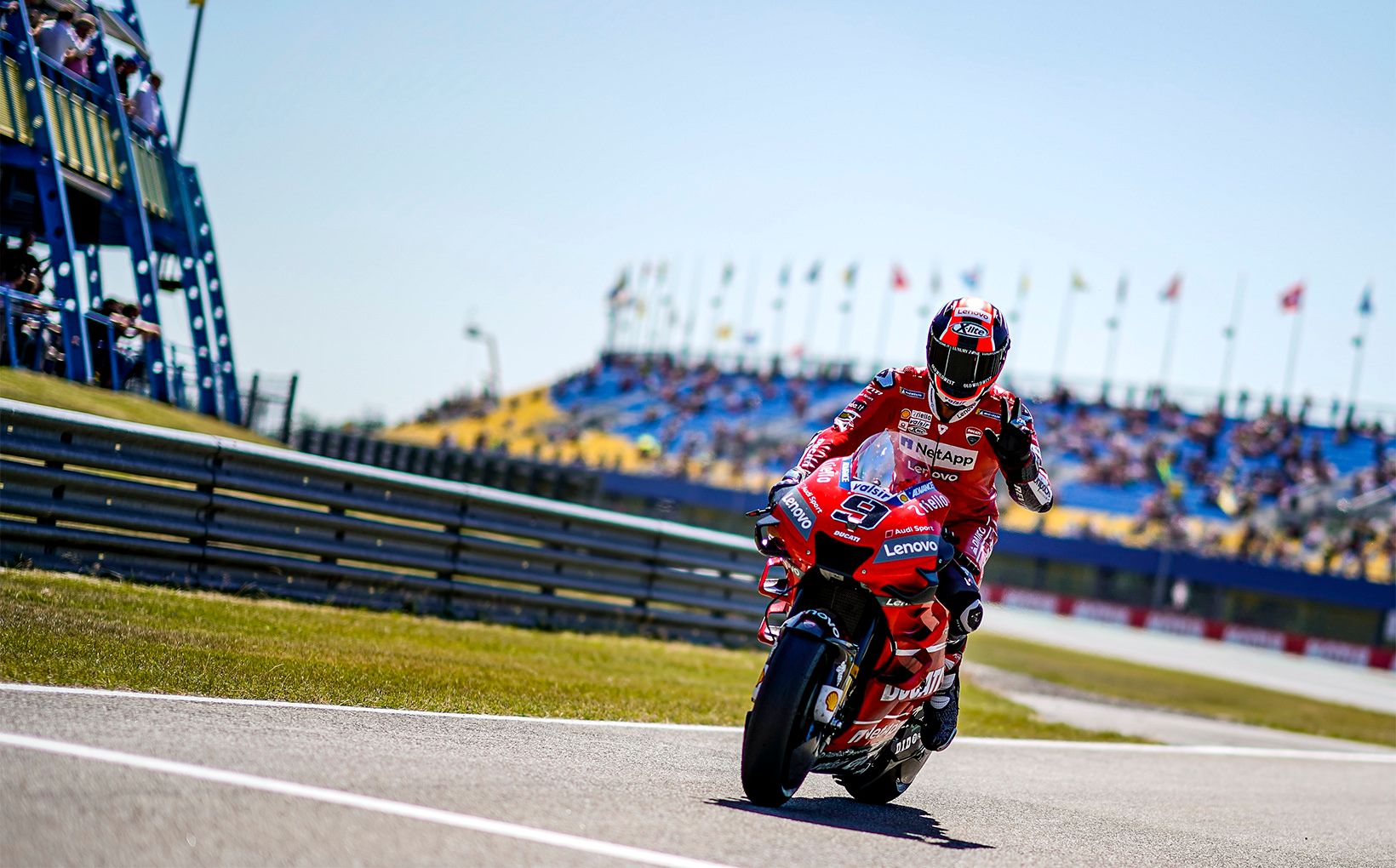 Danilo Petrucci is on form though he also suffered a 200km/h crash on Friday which shook him up and then a recovery ride allowed him to regain confidence. The Italian rider is putting in the hard work to ensure that his debut season with Mission Winnow Ducati is one for the history books. DP09:"I'm happy with our performance today because we've been fast since the early laps in the morning. Unfortunately I wasn't able to do a perfect lap, but our priority was to work on the race pace and understand which tyres to use on Sunday. We still have work to do since our rivals are competitive as well, but we're among the frontrunners and ready to put up a fight. We still have room for improvement both in terms of chassis and electronics, but we're already adopting some solutions we've found in the last tests, which makes me confident. Our goal for the race stays the same, we want to fight for podium positions." As we know in this sport, confidence is key so with quality control and feeling positive, Petrucci is on his way to making Assen a memorable event. 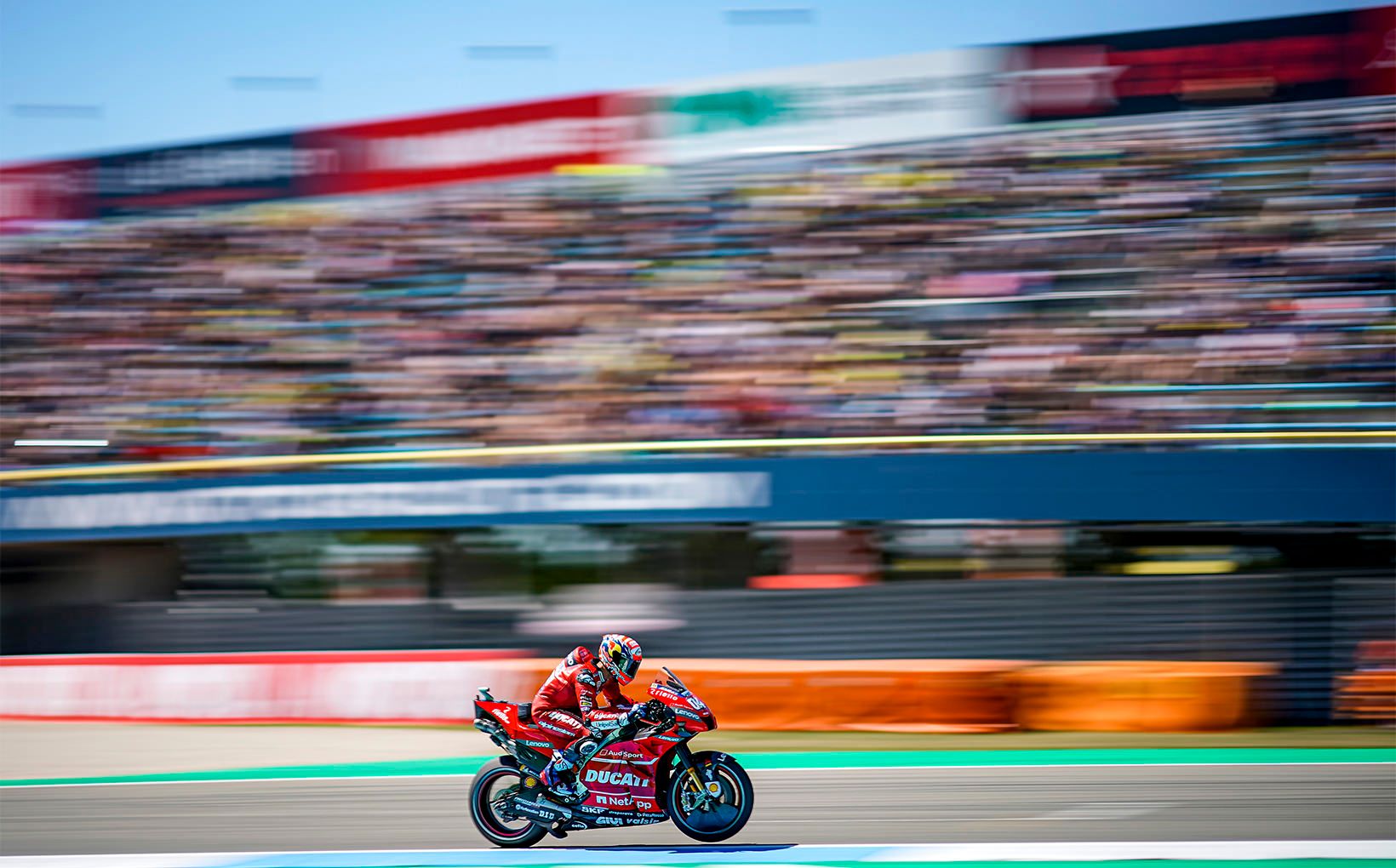 Fellow teammate Andrea Dovizioso wants a clean start and wants to avoid any riders who could potentially upset his rhythm. DesmoDovi is a rider that when things are smooth sailing, he performs, when things are up and down, staying focused is a mental battle. AD04: "I'm quite satisfied with this opening day because we have made some small improvements compared with 2018, even though we were competitive and stayed constantly at the front also then. We're fast and, despite losing some ground in changes of direction and in the fast corners, we can still post quick lap times. For sure we've started off on the right foot but it's still early to make any predictions. Tyre wear proved to be the decisive factor last year, and we'll focus on that. We're competitive, but we need to make further improvements." 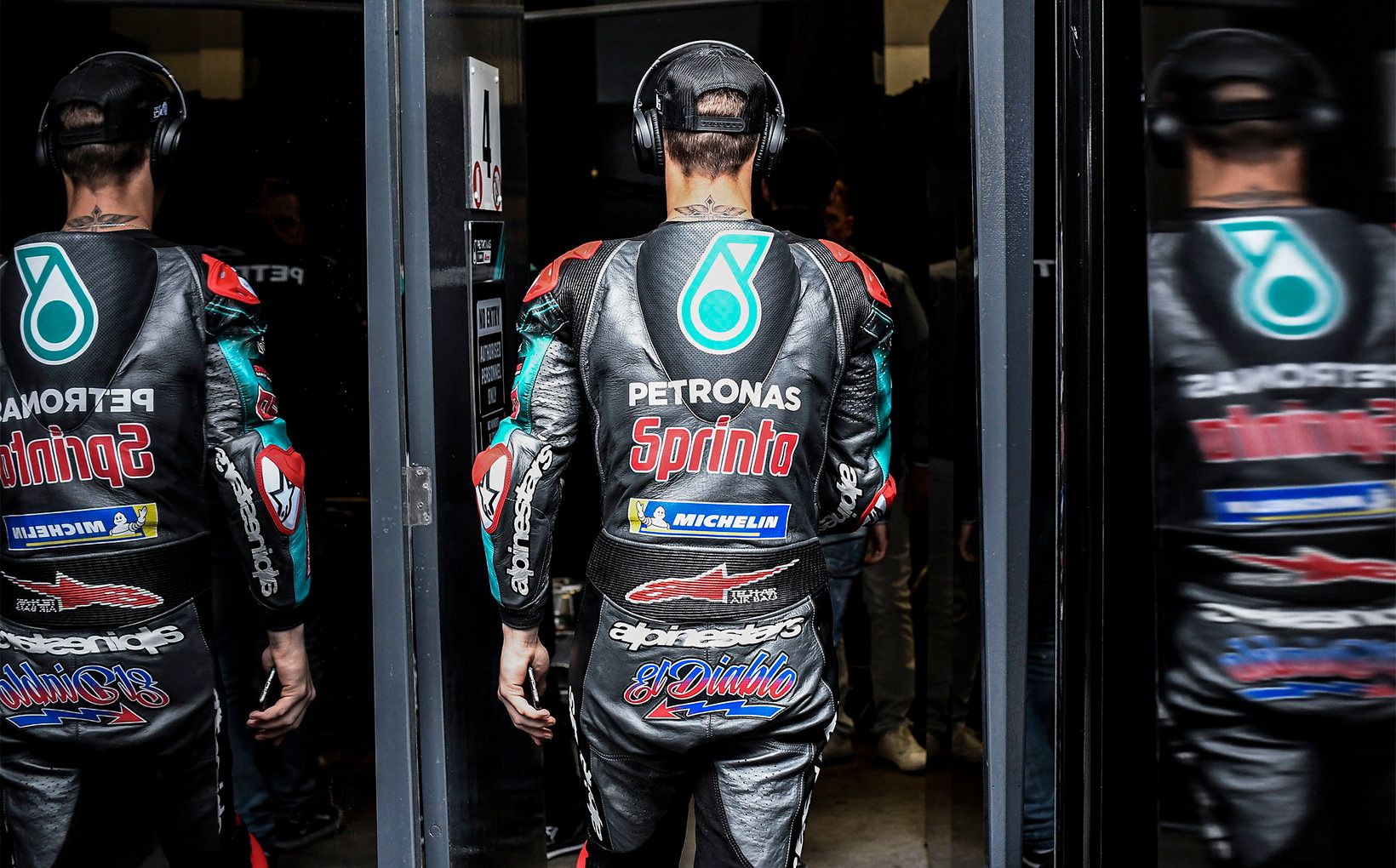 The Yamaha bikes appear to quick in Assen in particular Fabio Quartararo once again. The French rider was second on day one with a smile. It will be interesting to see how Quartararo shapes up at a very demanding circuit with such rapid changes of direction. The rookie rider will be utilising his upper and lower body to compensate for the changes that can wear you out physically over a course of many laps. FB20: “Today was a positive day even though I think it’s the toughest circuit of all those I’ve ridden at with a MotoGP bike so far, with a lot of quick changes of direction. In the afternoon we tried some small changes to the set-up and also put on used tyres in the afternoon, and the pace didn’t change. It was a good first day at Assen, so for tomorrow I hope to be on the front two rows and find out which tyre we will use in the race during FP4.” Tyre selection has been crucial especially with warming up the tyres which have caused numerous crashes. Riders must remind themselves to go through their set up checklist before riding hard. 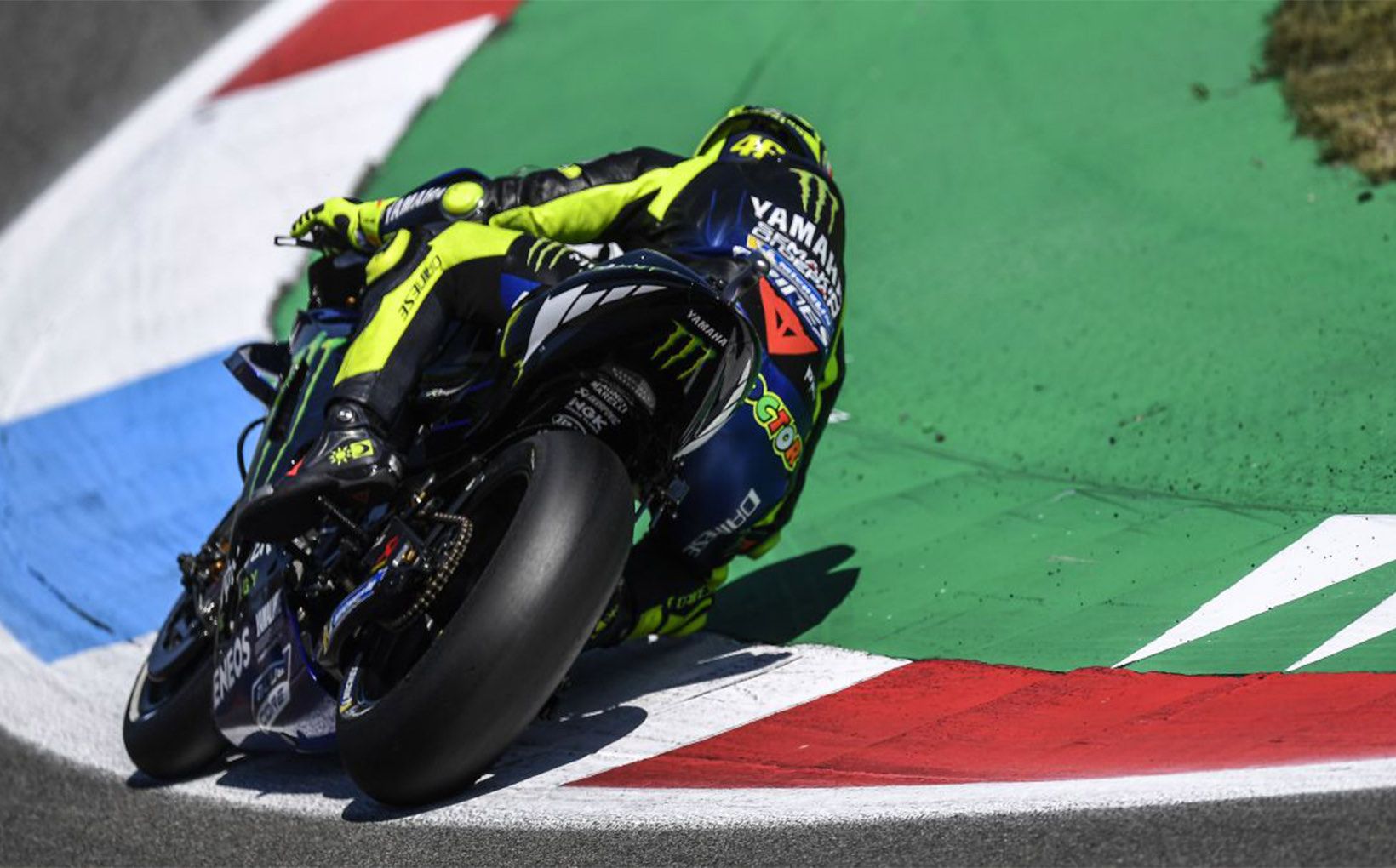 Unfortunately, for Valentino Rossi, the Yamaha is just not working its magic with his riding style and feel. His pace is not ideal when you compare his lap times to the rest of the grid and in particular his teammate Maverick Vinales. Rossi will have to focus on tyres and set up at every opportunity. 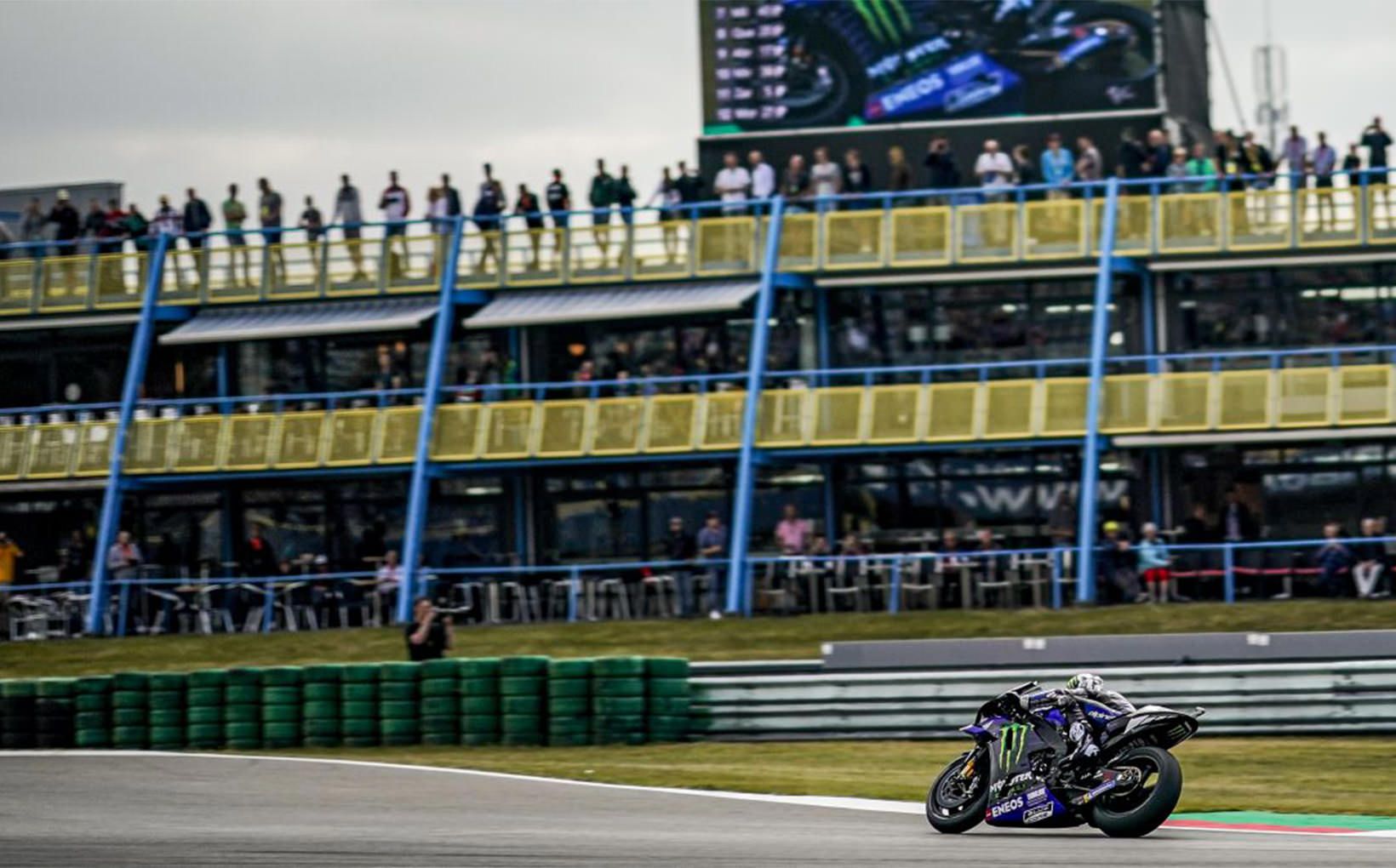 Whereas, Vinales was on fire and feeling good. MV12: "The feeling I have is pretty similar to what I had in Montmeló. I think I made some improvements regarding my riding style, and I take a bit a of profit from it here in Assen. But it's only just the Friday. We are keeping our heads down, working very hard for the race. It's very important to get a good result and create good momentum, so we are going to try our best. We're pushing. We know the bike needs to improve in some areas, so we're going to try to do that tomorrow. Our main focus is the race and the first laps, so I'm going to do the same as I did in Catalunya and see if it works on Sunday. I will try to be on the front row, so I can make a good start. I also have some things to try tomorrow to see if I can improve my rhythm a little, because some riders are very fast. Let's see what we can do, but anyway it has been a good day. Even in the hot conditions I felt good on the bike with hard tyres, which means the bike is working." As we know with the Monster Energy Yamaha MotoGP machine, in practice and qualifying they perform however when it comes to the race, it is like going uphill with weights on your feet and hands. It will be very interesting to analyse and watch Vinales over the weekend to see how he handles the pressure and negative energy that will be thrown his way by other rivals.

King Of COTA = Marc Marquez Wins His First Race In...

Back in Business at Misano World Circuit Marco Sim...