A New World Champion Could be Crowned at The Gran Premio Motul de la Comunitat Valenciana! 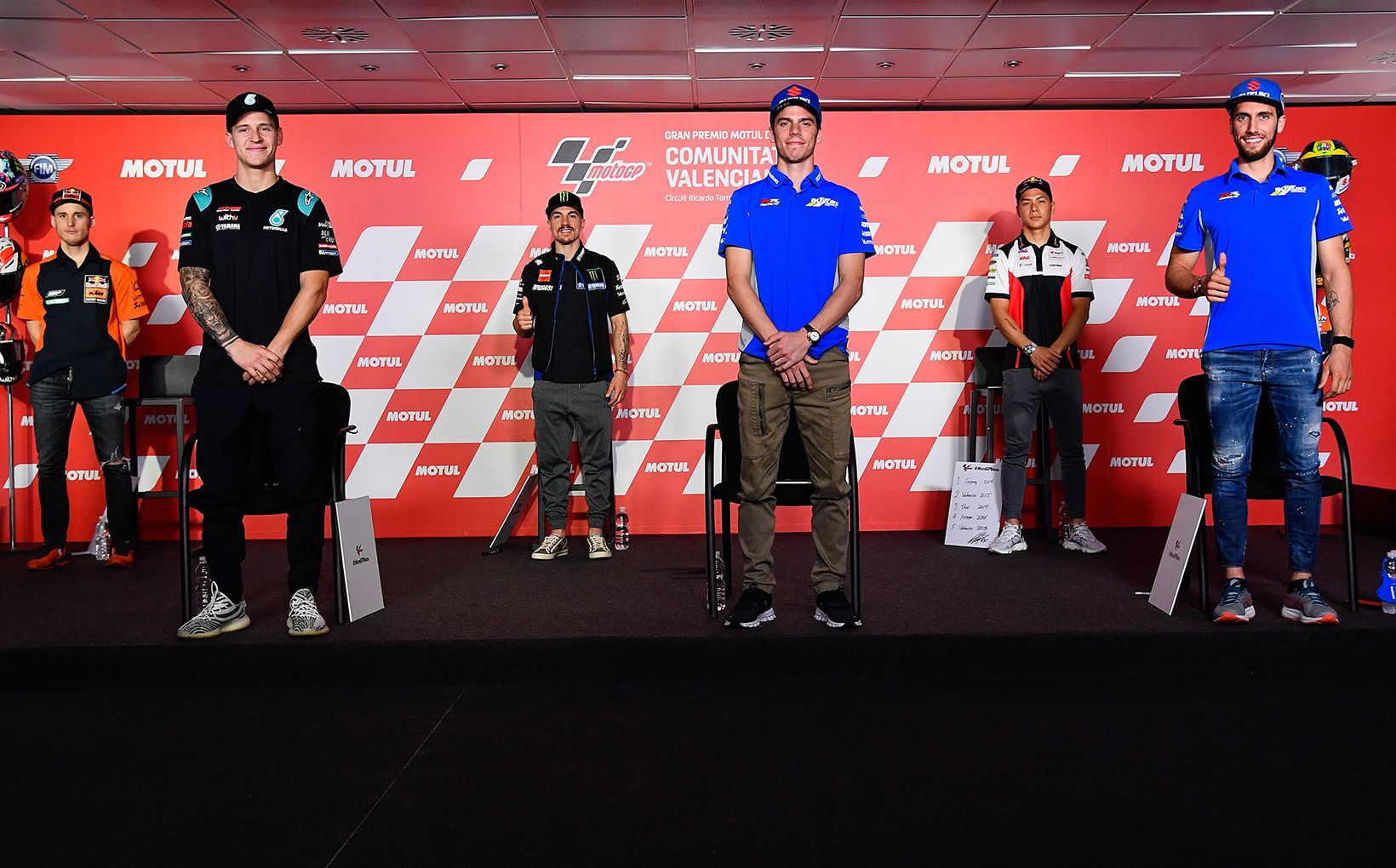 The first and vital point of the World Championship has arrived with Joan Mir literally within reach of achieving his first ever premier class title and Team Suzuki Ecstar’s first since returning the grid after working hard to create a bike worthy of being number one. It is a special weekend and the bike that Mir and Alex Rins are riding has been one that has taken years to perfect. With that said, the entire crew at Team Suzuki Ecstar are like a family and it is no surprise that they are achieving success at such a high level with two classy young, hungry and determined riders. On one side of the garage, you have a rider like Mir with his fingers crossed whilst on the other side a teammate and rival hoping to take the title race down to the last round in Portimão. It is very exciting although you cannot discount Fabio Quartararo if something was to happen to the Team Suzuki Ecstar machines or if a rider makes a mistake allowing him to claw back some vital points. It may be a long shot, though in this sport, anything is possible. 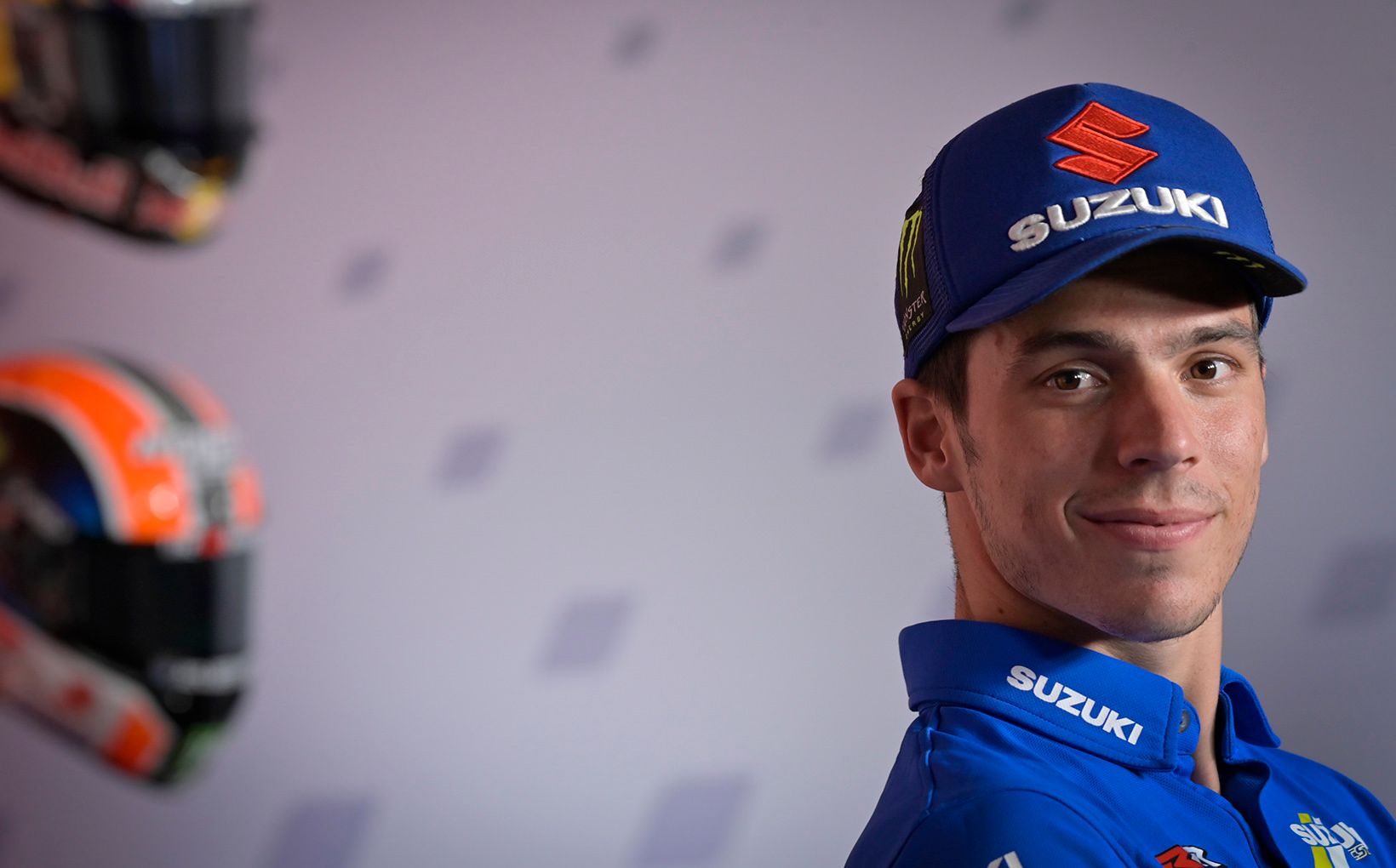 “It’s an amazing feeling to be leading the championship and to have Alex in second place, the team are doing a fantastic job. Even though I have a decent lead in the standings, I can’t take anything for granted and it’s important to stay focused on the job. I just want to go out there and go through the weekend in the way I usually do, and then let’s see what happens at the chequered flag.” 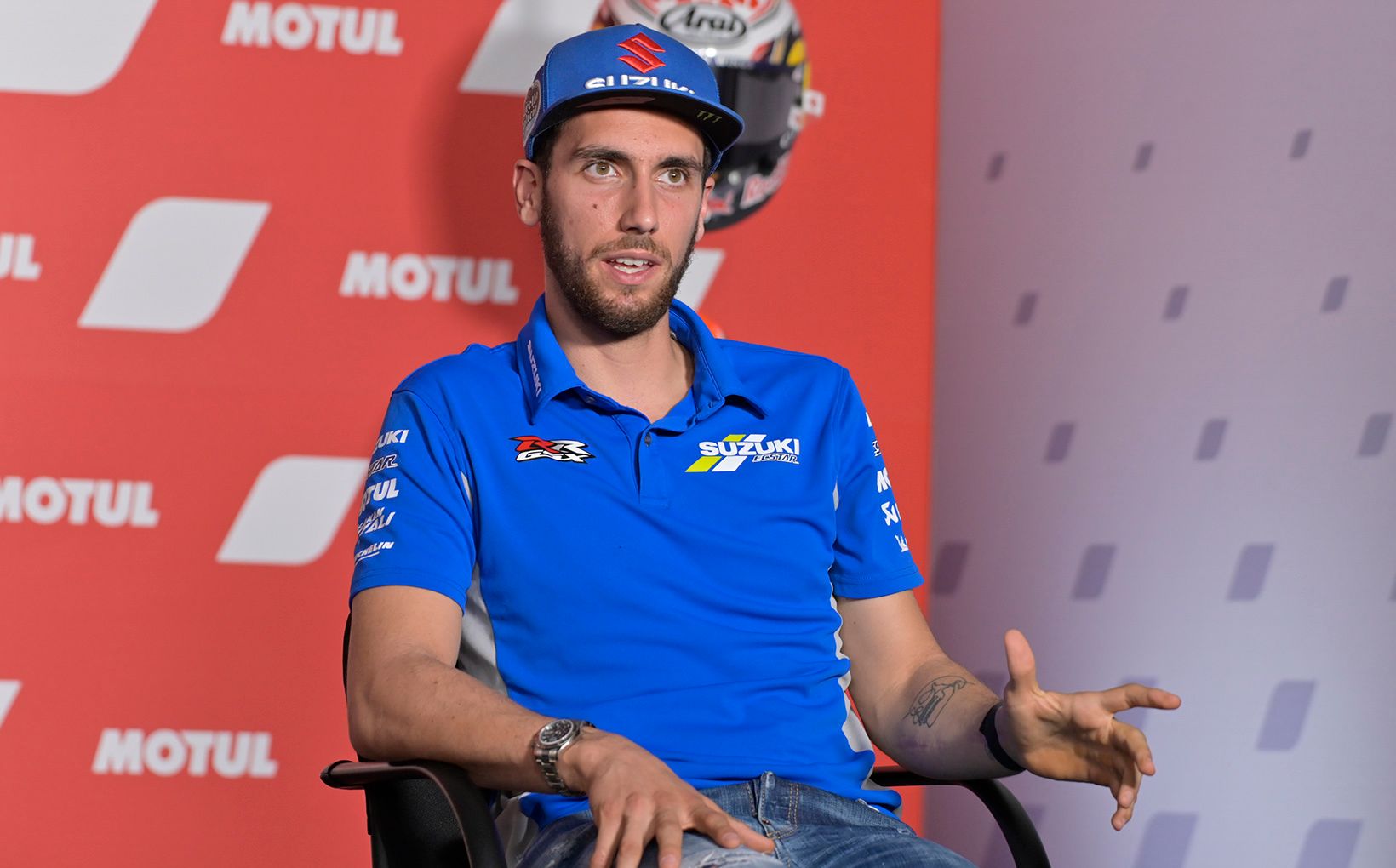 “Joan has a good lead in the championship but there are still 50 points to play for, so we need to give our all and aim for the top results. My GSX-RR felt really good last weekend and I had good pace, and this weekend with easier conditions and drier track time it could be even better. I’m excited to ride at this circuit again and hopefully come out with more points and in an even better position.” 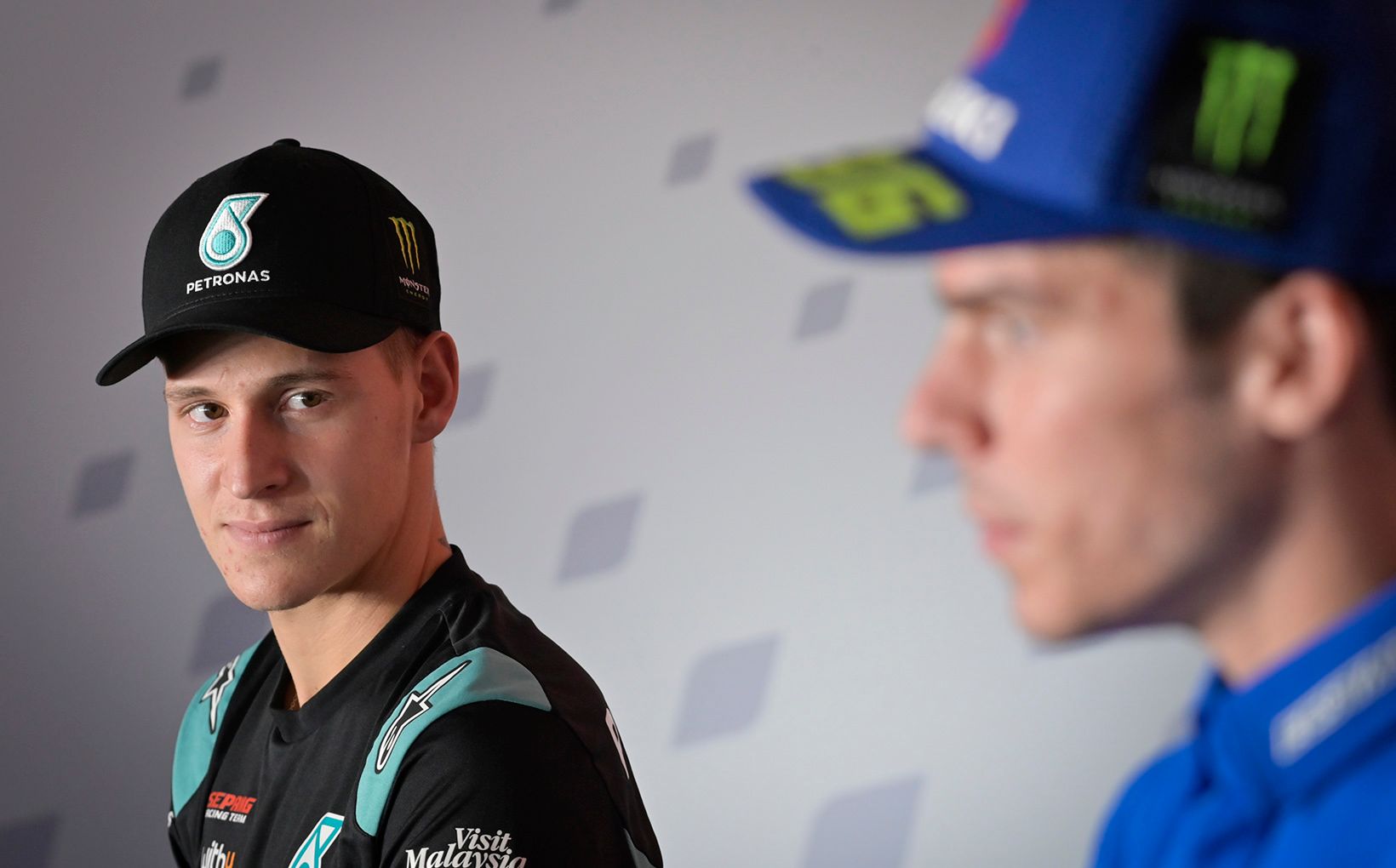 “We had some difficulties in the race a few days ago and so we will be working to try some things for this weekend, I think we can improve the feeling and the pace. We are still in the fight for the World Championship title, but now I want to focus on having fun in these last two rounds, then we will see what we can fight for. We are second in the championship and still have great possibilities to finish the season well. I am hoping that it stays dry this weekend, or at least that the weather is more consistent. Of course I won’t give up until we reach the chequered flag at Portimão.”

In other key news, it looks like there is no ride on the grid for Cal Crutchlow with a Yamaha rider test gig looking like the best next possibility. Unfortunately, for Andrea Dovizioso fans, he is taking a one year sabbatical and has decided to put all his energy into the final two races with a smile as he could potentially not be seen again on the MotoGP grid. We all have mixed feelings about seeing him depart the premier class, because he dedicated his life to Ducati and the breakdown in the relationship has been like a bad marriage. You can see and feel the tension week upon week with conflicting ideas, direction, frustration and poor performance. The fact Dovi was not backed by Ducati could have a long lasting impact on the team so Miller must rise up and take the reins with high energy as the expectations are going to be quite intense! He has the ability to do so and will be dedicated to the cause because fellow Australian former Champion Casey Stoner is a good example of what is possible when things are working in the right direction. With two races to go, Miller will need to use those rides and races as lessons to ensure the bike for 2021 is far superior and much more competitive as the current season has been very up and down especially with tyre wear.

Finally, in terms of contract news, Andrea Iannone has been banned for four years after his appeal failed and this again showcases how quickly you can be on a Ducati to finding yourself banned from the sport you love. We are really sad to see Crutchlow not on the main racing grid for 2021, sure he has been plagued with some injuries, with that said he is a quality rider, fast and dedicated. Numerous riders have had his luck being close to a title and then obstacles arising which includes Dovi and former rider Dani Pedrosa. Yamaha will be lucky to have Crutchlow because his insight into Honda and also previous other manufacturers could help propel them forward in areas where they lack performance. In addition, Crutchlow is a superb test rider in general when it comes to that part of the pre-season events. For those who have been watching two wheel motorcycle racing for most of if not all their lives, key names leaving the grid feels strange. There are numerous new riders being promoted so it will be intriguing to see how they shape up and compare to the history still evident on the grid and the competitive nature of those wanting to succeed and stand up on the top step!

"The result we got in the first GP in Valencia was certainly not in line with our expectations, but anyway last week we were able to understand some important aspects. In the second part of the race, my pace was good, and we were able to get some interesting information about it. If the weather is stable all weekend, we can face this GP more optimistically. We should be able to gain more speed with the new tyres and, even if the title is now almost impossible, obviously, we will fight until the end: it would be nice to end the Championship at least in second or third position".

We will be blessed by the presence of Valentino Rossi once again this weekend which is great news though with two races left, his two main mechanics will be feeling sadness as they hang up their tools after not being able to secure jobs for the 2021 season. With that said, the aim is to put Rossi as far up the grid as possible and even a podium would be a nice parting gift. On the flip side, Maverick Vinales has not been the strong, fierce and rival that we expected to see. The inconsistency this year has been a real challenge for the Spanish rider and as a result, a chance of the title coming his way is slim. Again, we are not able to write anyone off because two races equals 50 points and many things can take place: mechanical issues, penalties, rider error and injury. So lock yourselves in because the last two events are going to be nail biting!

“Compared to last week, we can go into this GP a lot calmer. This time I know I will be able to ride my bike, so that takes away some of the stress for me and the team. We can now focus on improving on last weekend’s work. It was a shame that I couldn’t finish that race, but we have another chance this Sunday. We know it won’t be easy. We struggled with grip last week, so that is what we will focus on improving.” 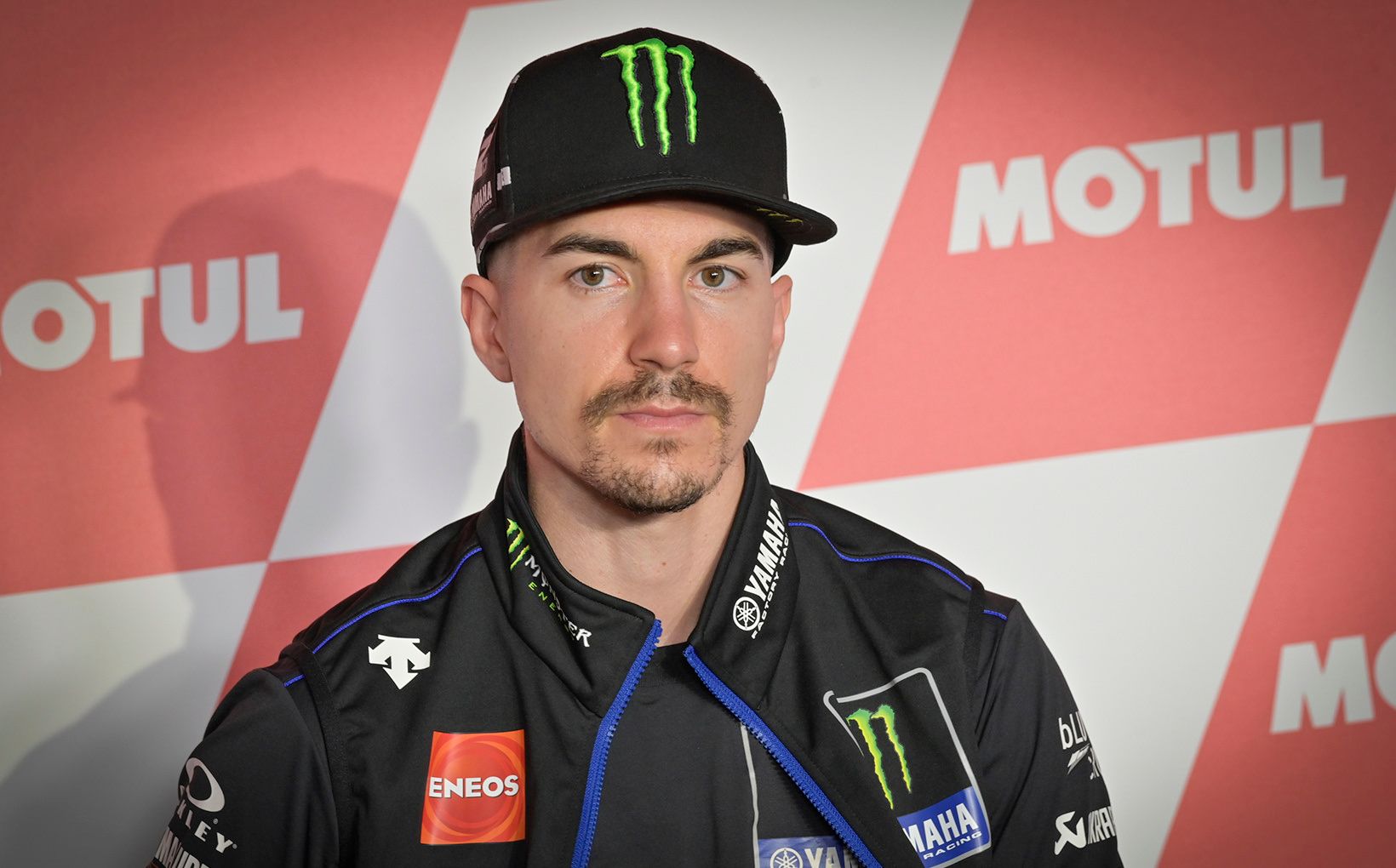 “Last race weekend wasn’t our weekend. Fighting for the championship is going to be difficult now, so I don’t want to focus on it too much. Instead we will work on improving the bike and try to enjoy this second opportunity to do a good race in Valencia. We don’t really have anything to lose, so we will do our best to get the best result possible.”

With the title race unfolding this weekend, Rins and Quartararo are going to have to find a weakness in Mir’s strong shell of performance, confidence and humbleness. It will be hard to break the concentration of a class rider who just enjoys racing bikes, working hard and staying on top of his goals with a great attitude. Will it be “Match Point Mir”? Tune in to find out.