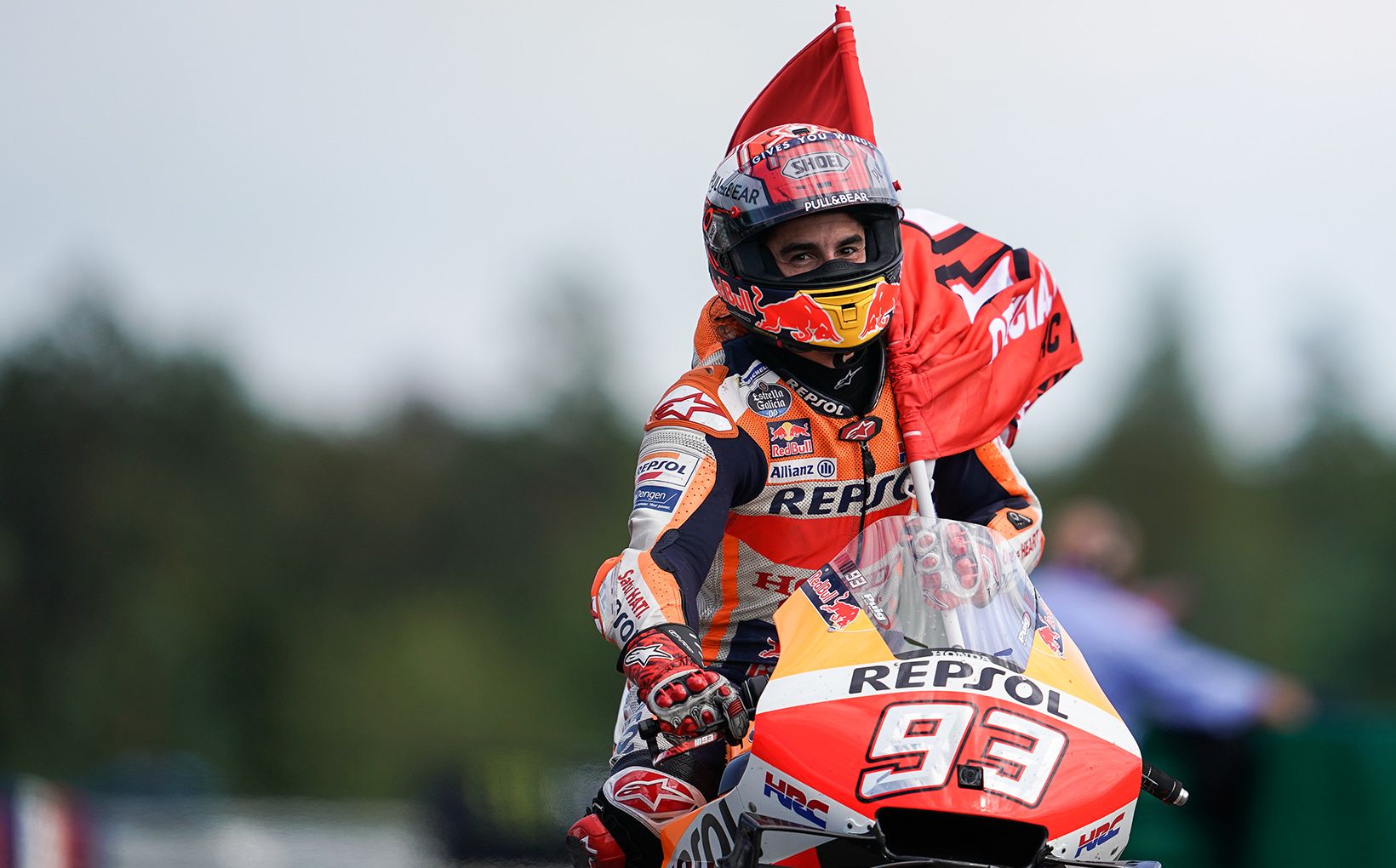 The 2019 Brno Grand Prix was the Marc Marquez show with a no contest as he excelled from the start of the race and was left with a clear track ahead of him. The Spanish Ant did not succumb to any pressure and in fact just got faster as the race came to the final stage. 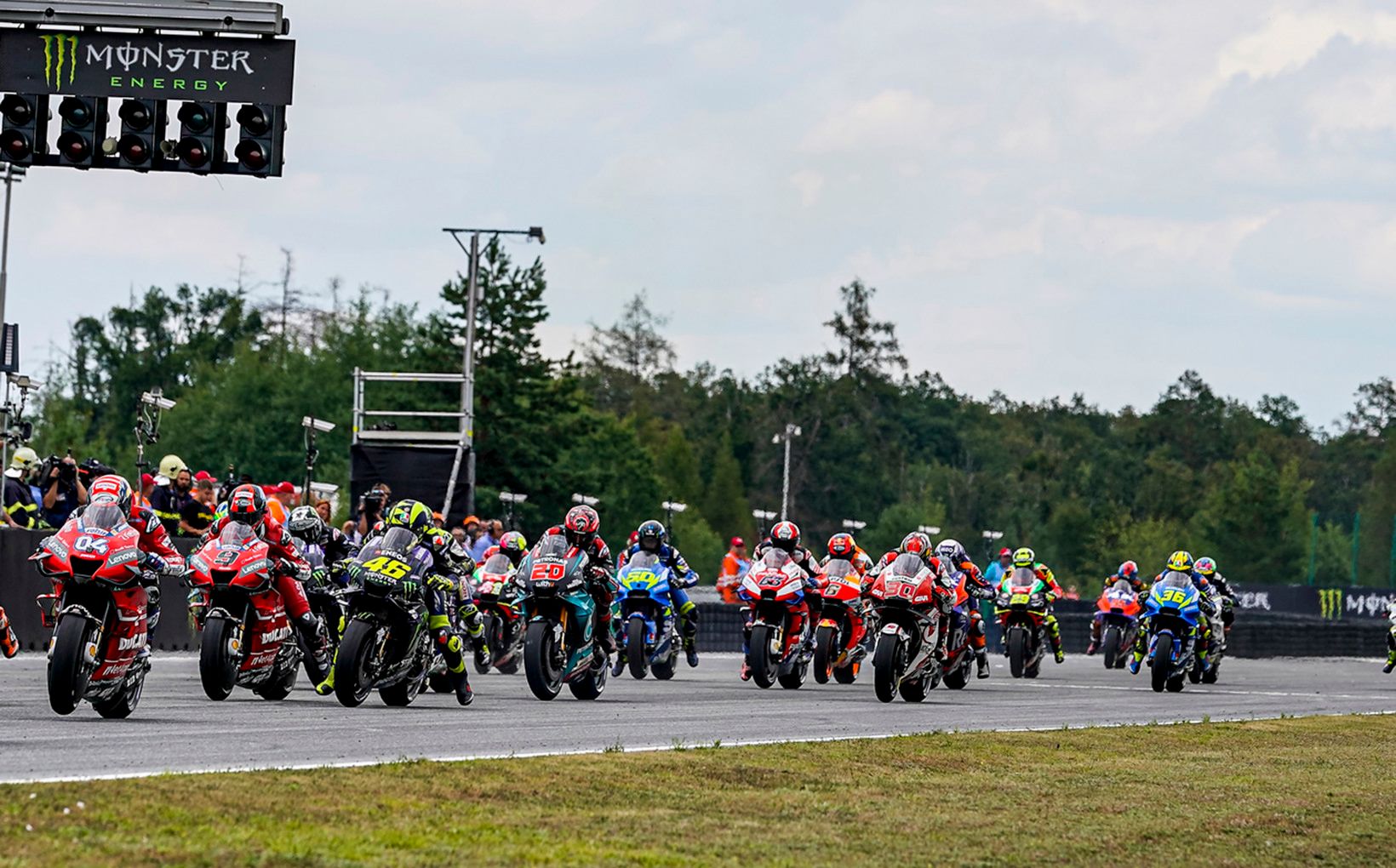 Those following Marquez were Andrea Dovizioso, Alex Rins and Jack Miller. The ride of the day goes to Miller for achieving a dry race podium which was a true display of his pace, calculation as a Ducati rider and the efforts of hard work. Miller was super proud to bring home the result for his manufacturer, team and country. When you compare the other riders bike packages, you see a gap as Marquez dominates on the Respol Honda. The main dilemma for the riders at the moment is finding a way to beat someone who is at the top of their game 100% of the time…. 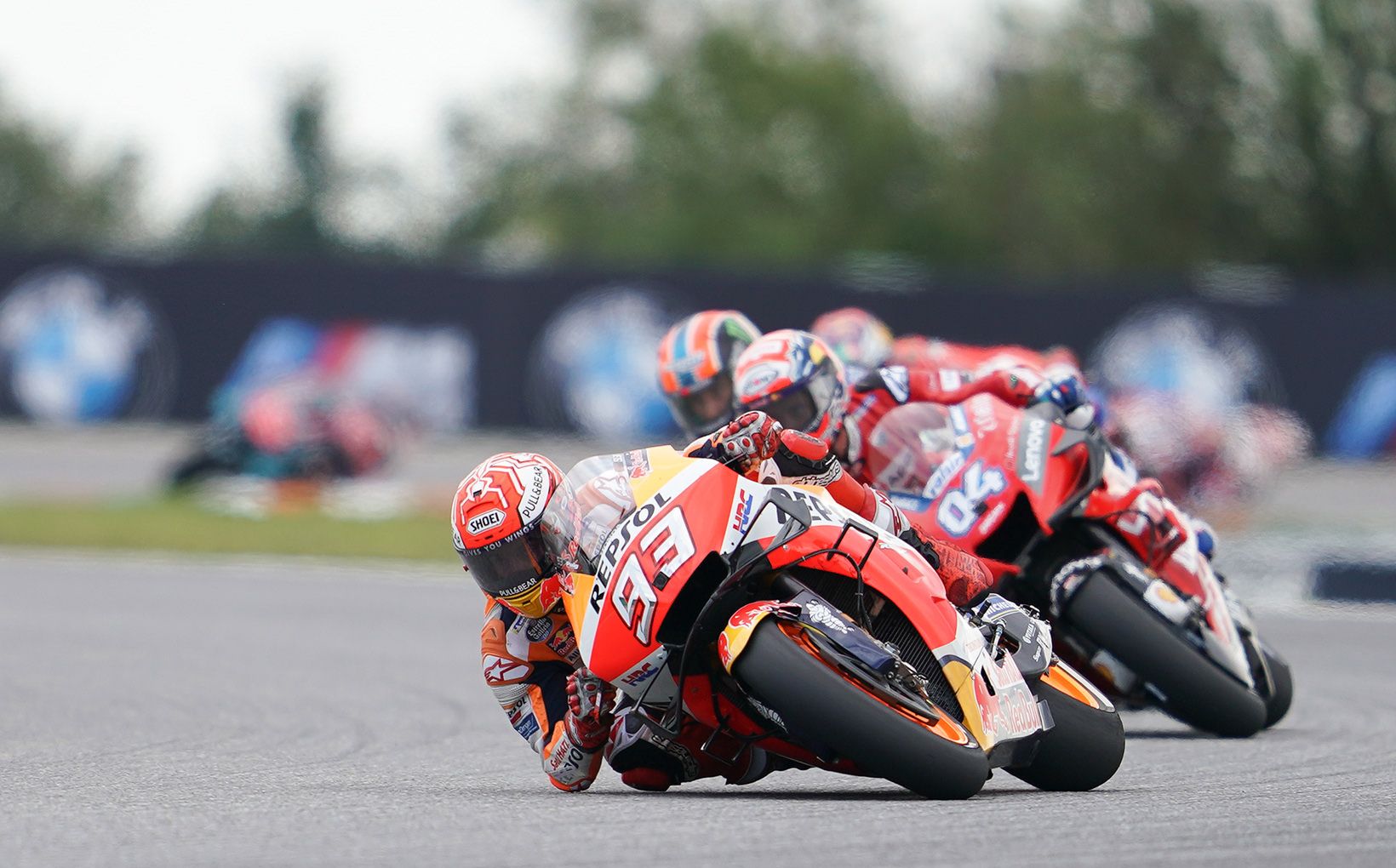 Marquez has achieved 50 wins in the premier class and equals Mike Hailwood’s 76 wins across all classes. This is a stellar achievement and his riding ability in qualifying and the race was soul destroying for those who are struggling. He was to qualify on slick tyres in the rain, push limits in the mixed conditions from the start and win in a classic fashion of being absolutely dominant and consistent with his lap times. You cannot fault the 93 star because he is riding on the limit and pushing barriers even when his team grills him for trying to exceed his previous lap times especially in qualifying. 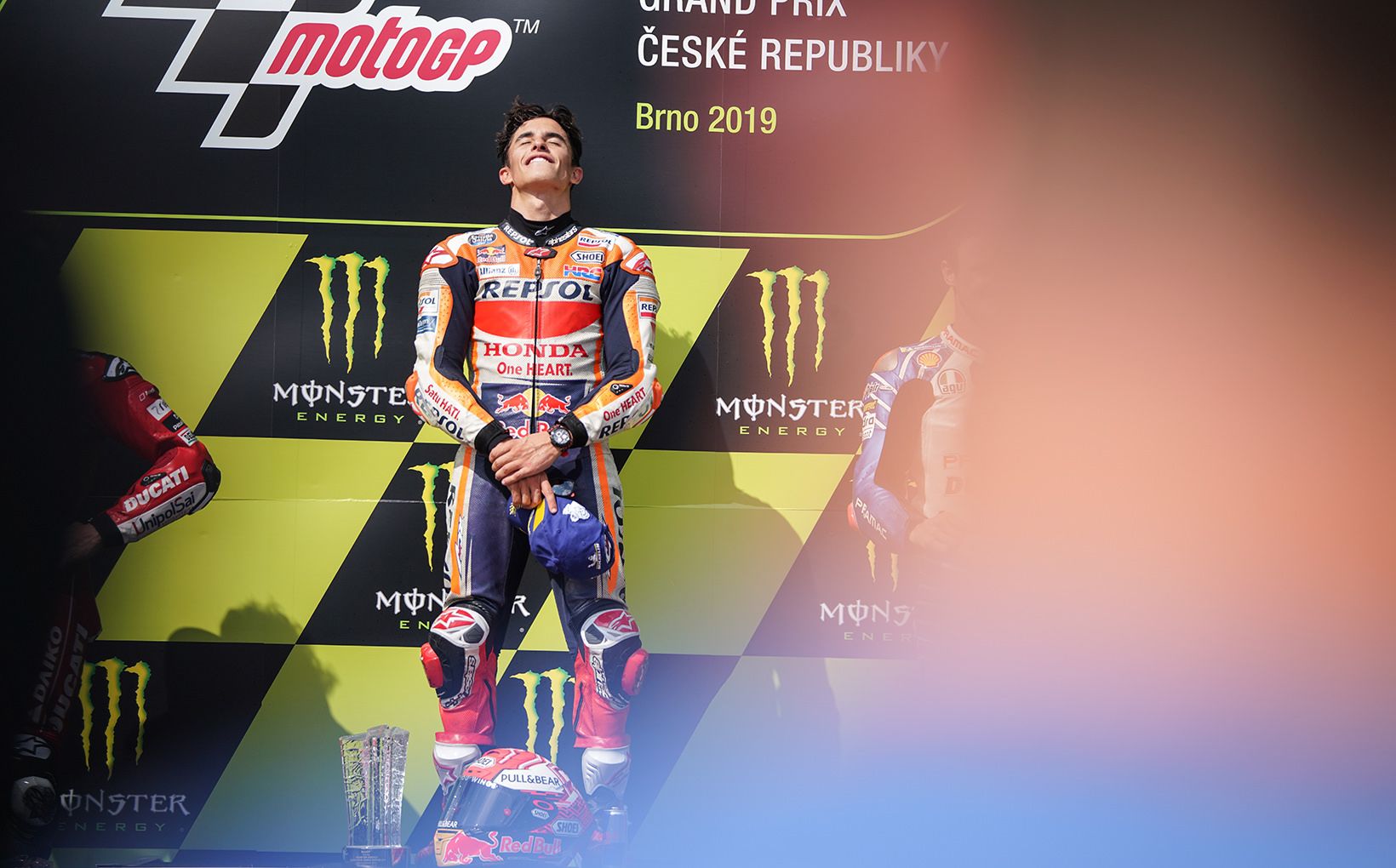 MM93: “I was really concentrated from the beginning as there were still some wet patches, especially at Turn 1. I knew I needed to keep my rhythm as the Yamaha riders were starting from behind and they were strong in Warm Up. Then I saw that Dovi was behind me so I had to keep pushing and pushing. I had a little warning on lap 10 because that is when I started to push more to try and open the gap. Delaying the race was the best decision that could have been made because the track was in a mixed condition and it could have been quite dangerous. A crazy weekend with the weather but the whole Repsol Honda Team were perfect and helped me a lot to achieve victory!” 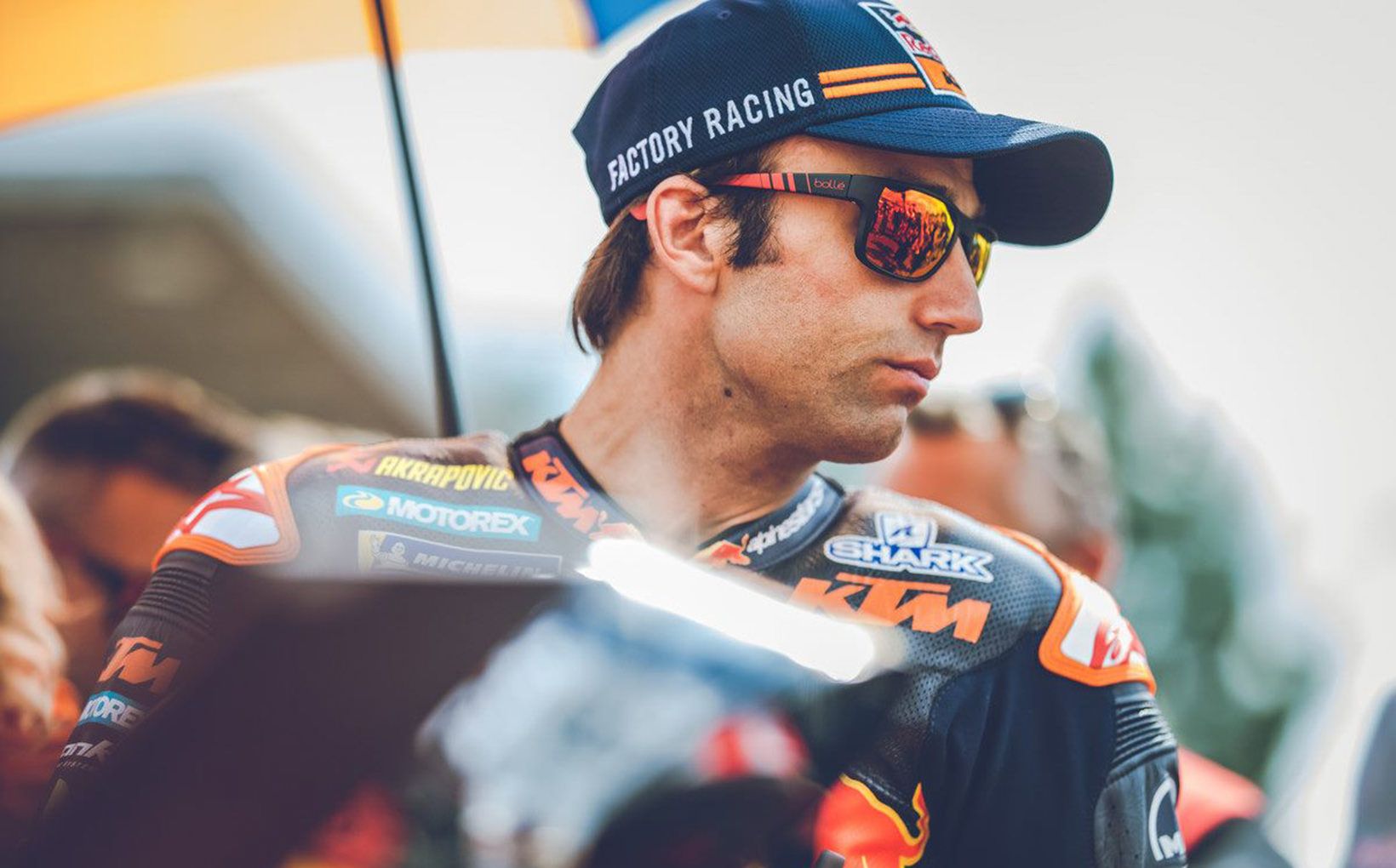 As we know in the sport of motorcycle racing, anything can happen with mixed track conditions and in the case of Johann Zarco it was a disaster for the KTM rider. If you start the race up front, you have to take advantage of this and Zarco caved under pressure. His demeanour is still representative of anger and frustration. Even though silly season is underway, Zarco has another year contract under his belt, however, could that be knocked on the head with an early exit. The feelings of qualifying strong was a beautiful sight though Zarco still not satisfied as he used to be a front runner in 2018. It has been a harsh reality in 2019.

JZ05: “The start was a disaster. I think I had some spin because I was on the right side of the track where there were some wet patches. It was the right decision to wait forty minutes and start the race with the slick. I messed-up the start but it was good to fight and I did my best to be as constant as possible. In the end it was good to be in the points and to beat the guy I was racing with at the end. I want to say I am happy but it is because I did not finish the last two races and that is the most disappointing thing. Compared to yesterday 14th is not so satisfying but it’s where I am at the moment.” Something has to give and the French rider is capable of being a successful KTM asset. Only time will tell if he truly pushes the negativity out of his mind and focuses purely on the journey of working with the orange manufacturer wholeheartedly. 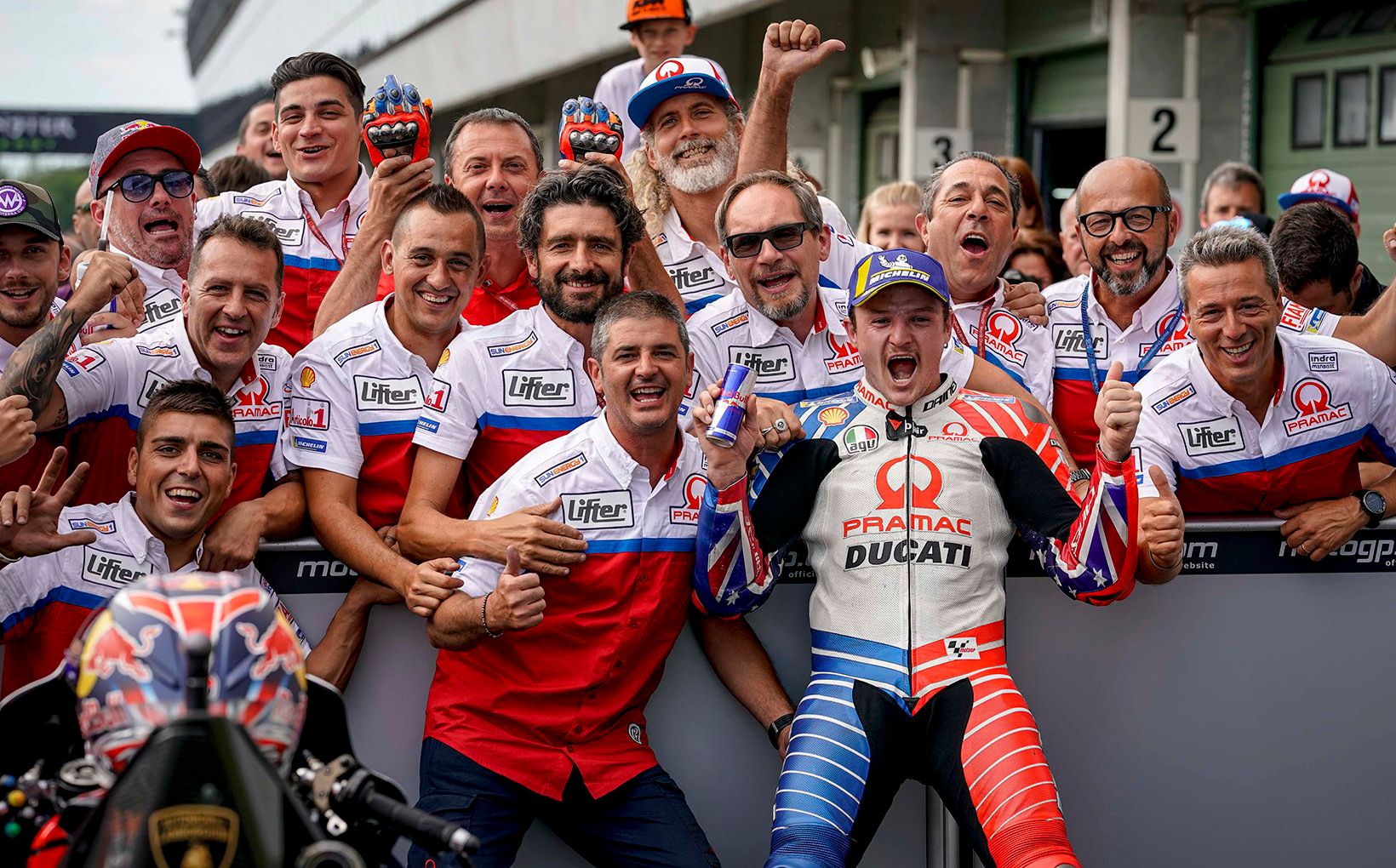 In turning towards Jack Miller, we have noticed a new Miller on track with a more refined style and decision making process. The happiness on the team and his face was a really nice moment to witness because it was a stepping stone towards cementing his feet with Ducati for many years to come. The move to take over in front of Rins was brave considering the past with tyre wear coming in to play and causing chaos for the Australian rider.

JM43: “I am very satisfied with this result and I thank the team because this weekend we have done an extraordinary job. When Rins overtook me I stayed calm and this allowed me to manage the tyre and then attack him in the final. The delayed start? Turn 1 would have been very dangerous. It was the right decision and it’s nice to see how much Dorna cares about our safety.” This boost of confidence is bound to have a positive impact upon how Miller shows up at Austria next and the remaining half of the season. 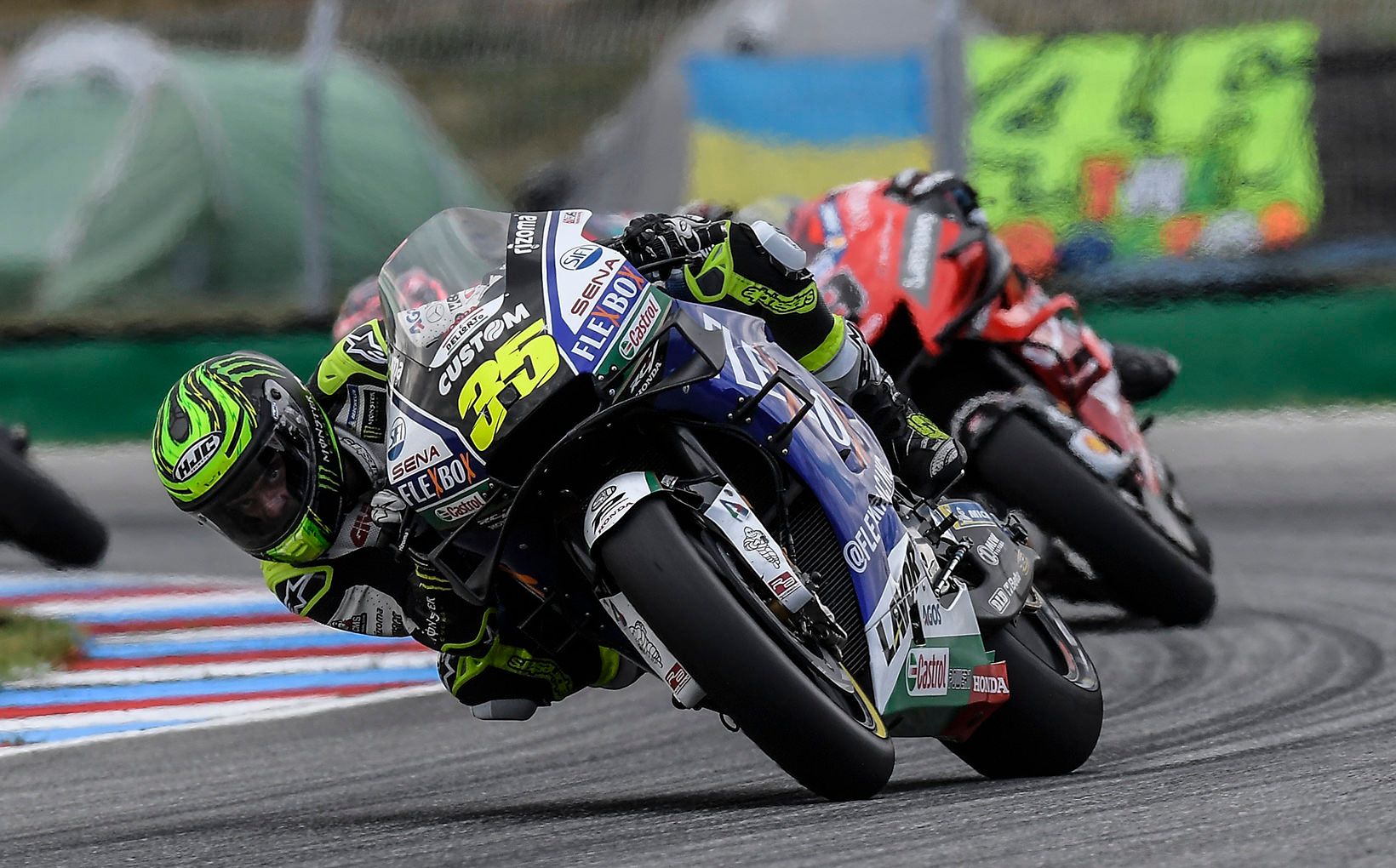 Friendly comrade Cal Crutchlow rode well and achieved a fifth position that was well earned and needed after the relationship with his teammate Takaaki Nakagami has deteriorated rapidly. The talk of the town is when Crutchlow responded to the talks of his teammate and basically cemented his opinion that the Japanese riders has not earned the right to the 2020 Honda. If you look at the race, it is clear Crutchlow was outperforming his teammate and showed why he deserves to be with Honda at the top. Unfortunately, in this sport of MotoGP, if you ask for too much and demand, it can also backfire so Nakagami also has to be careful that he does not push Honda to boiling point and cause a dent in his own career. It will be interesting to see how these two continue their working relationship with tensions at an all-time high. If anything, Crutchlow is right where he wants to be and going forward in a nice momentum. 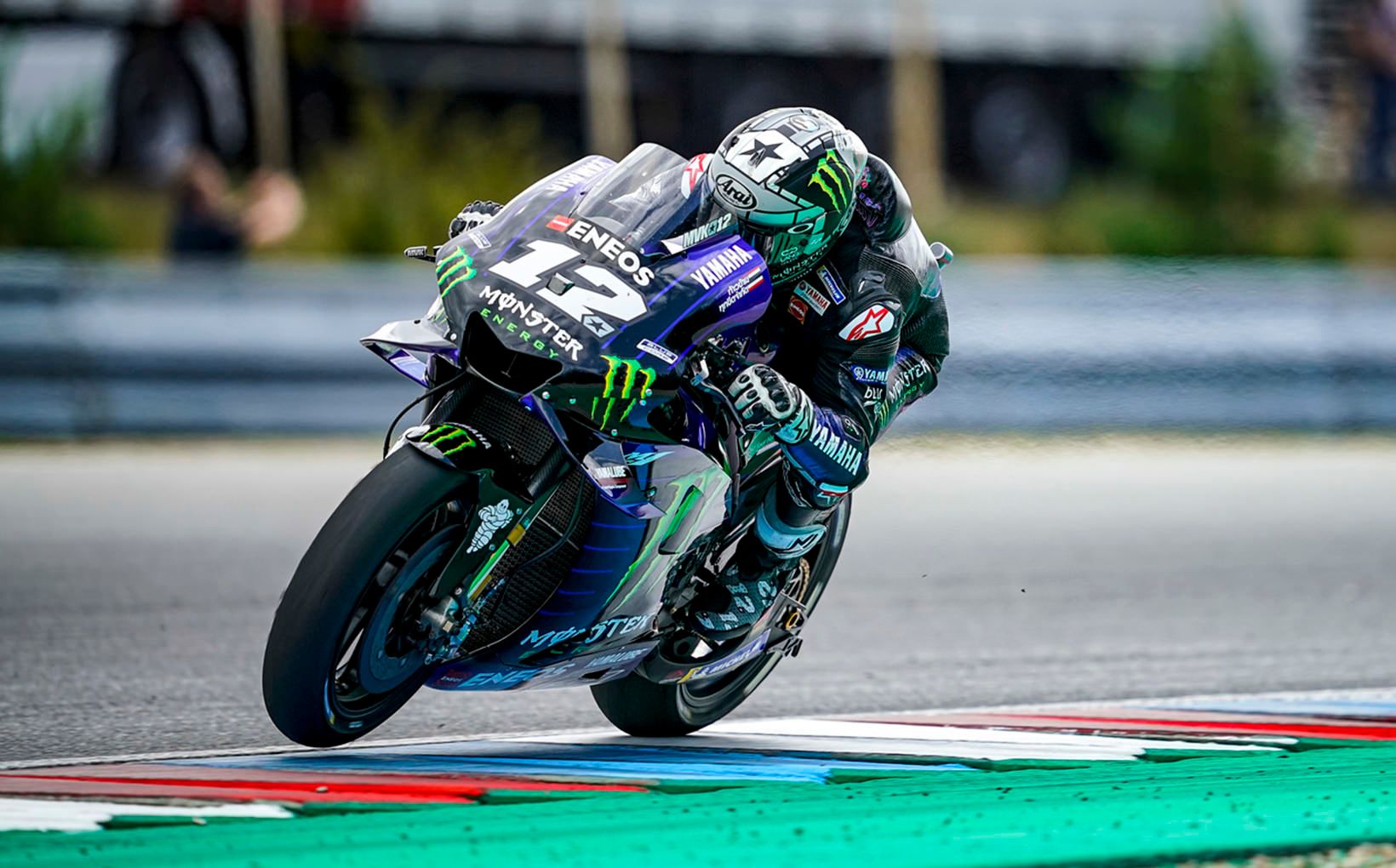 However, the main disappointment for the race was the Yamaha crew of Valentino Rossi and Maverick Vinales. In particular, Vinales who took almost the entire race to recover positions which should not be taking place. The old Vinales showed up to work on Sunday and it was not helpful for the team in terms of finishing strong.

MV12: "I started on the damp part of the track and for sure that was a small disadvantage, but Álex started in front of me, on the same side of the grid, and he was OK. I think we lost a lot of grip compared to the morning, which is something we often struggle with, with our bike, so it's something we have to improve. Tomorrow, during the test, I don't want to start thinking about 2020 already, it's too far ahead. I want to be in front in Austria, so this will be an important test to improve the bike for next weekend." 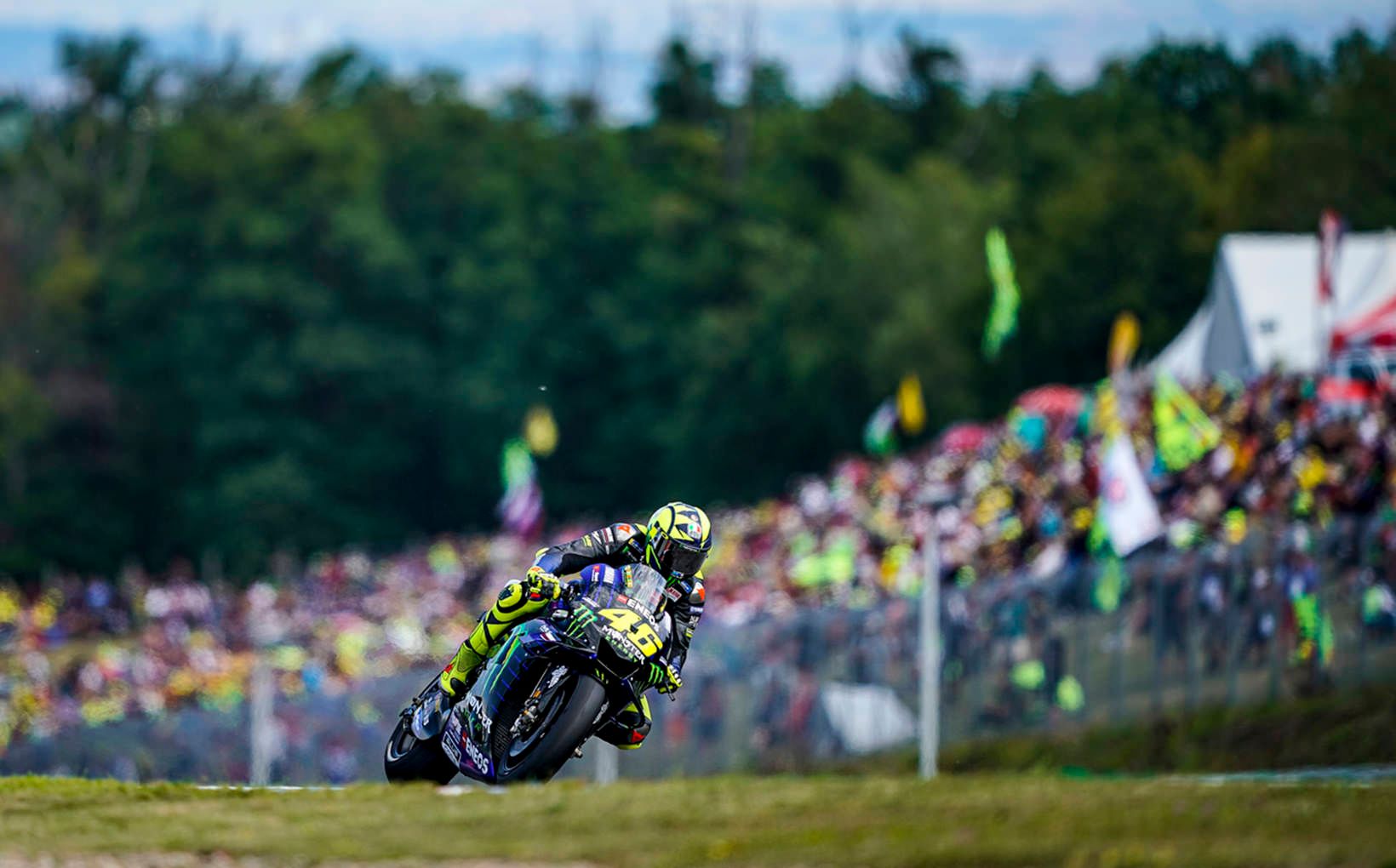 In comparison, Rossi was adamant about stopping the race from going ahead until conditions improved. He was seeking the approval from those fellow riders on the Commission and he believes it was the right call. The Doctor finished sixth though is already looking forward to testing new parts at the Brno test in order to improve.

VR46: “We have some things we want to try tomorrow. We have a new engine specification and also some other things, so as always it will be an important test and we will see." Improvement is key because Yamaha have not built a Championship winning bike as of yet! 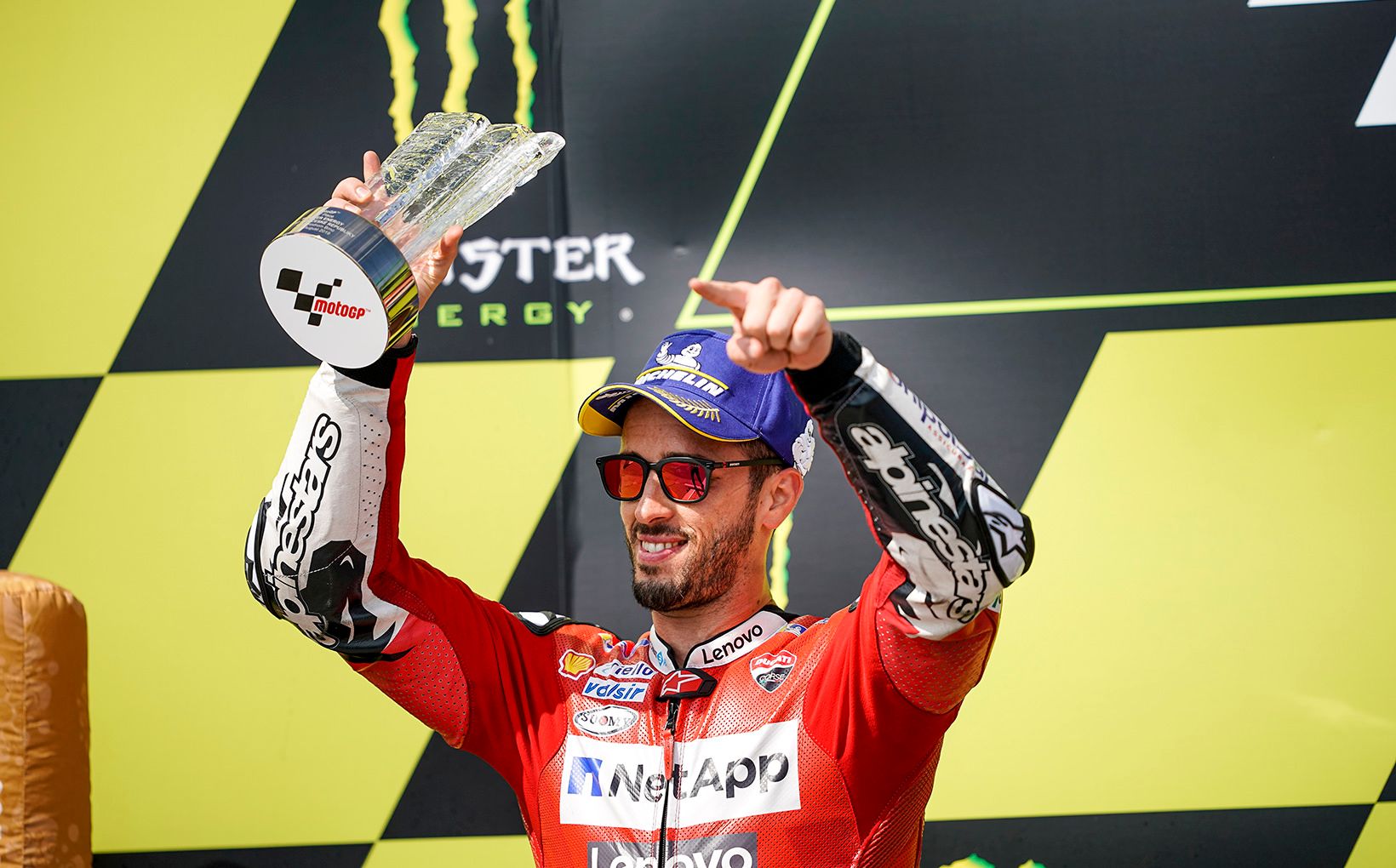 With Austria coming up next, DesmoDovi wants to carry his second place finish as a happy moment, utilise the Brno test to try new things and shift his energy once again towards a positive outcome.

AD04: “I opted for a different rear tyre to Marquez and at the start I pushed hard to stay close to him, but when he began to brake harder I didn’t have any margin to push harder at the front. Pity, but we weren’t that far away from him, so we have to continue to believe in ourselves: I’m still positive because tomorrow there will be an important test day here at Brno, with a lot of new material to try out.” Right now, the grid needs to improve because the World Championship could be decided by Aragon if Marquez keeps destroying the field with his top place finishes!