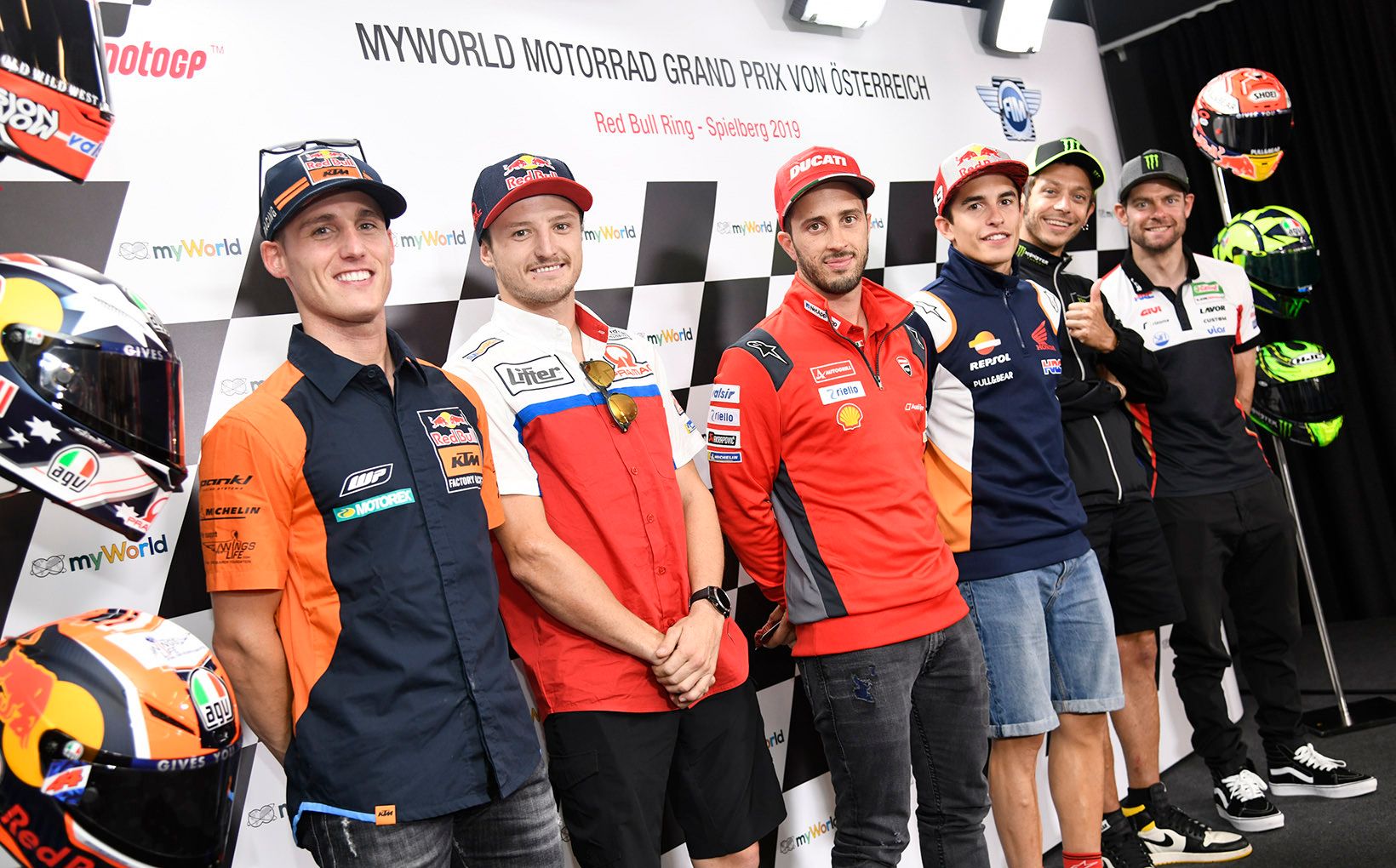 The rumours are everywhere and the main focus rider is Jorge Lorenzo. The talk of the town is that Jack Miller could be replaced by current Repsol Honda rider Lorenzo in a surprise deal that apparently has some kind of truth attached to it. The Spanish Champion has been off recovering and even without his presence, the headlines are graced with his name! Miller deserves a top ride and the last race at Brno proved how much the Australian rider has grown and moulded in to a solid Ducati rider. Could a shock switch upset the momentum and where would he depart to if this was the case. Some say Honda and others say World Superbikes. The paddock and sport would not be the same if Miller was not around because he adds character, value and laughter to the sport. After the conclusion of the test, the Pramac Ducati rider felt that his bike was in a good place and very comfortable in the most positive way. The chassis upgrade for Brno was important and allowed the Australian to grow and become in sync with his Ducati machine. 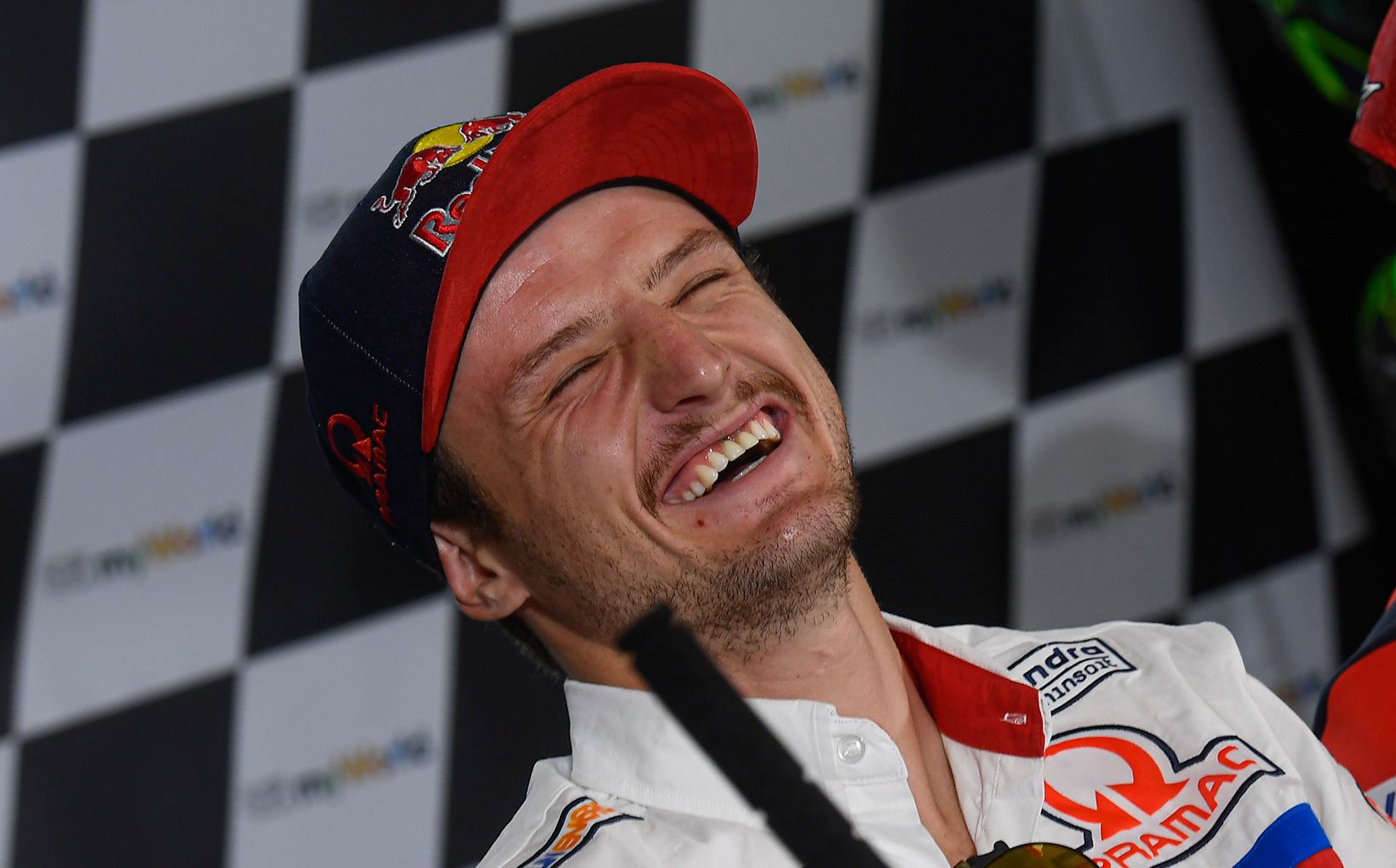 Miller: “We’ll see once Jorge comes back from the Maldives or wherever he is now, and we’ll find out what I’m doing. At the minute, I’m just trying to do the best I can do, I’m not stressed. I feel if I keep riding like I am, I’ll be here next year and we’ll just see where. The last I heard prior to this weekend was that we were deciding… coming up with a budget let’s say because me and Pecco will have a 2020 bike so I understood and we were quite patient – but we will see now. I didn’t at all (speak about the Lorenzo to Pramac rumour) prior to this weekend but after some feedback I had there’s some truth behind the rumours. As I said Pramac want to keep me, I had a facetime call with Paolo this morning and he is 100% certain to keep me so we need to understand what we need to do to finalise the contract.” So watch this space and see what happens especially this weekend where Miller is showcasing quality pace. 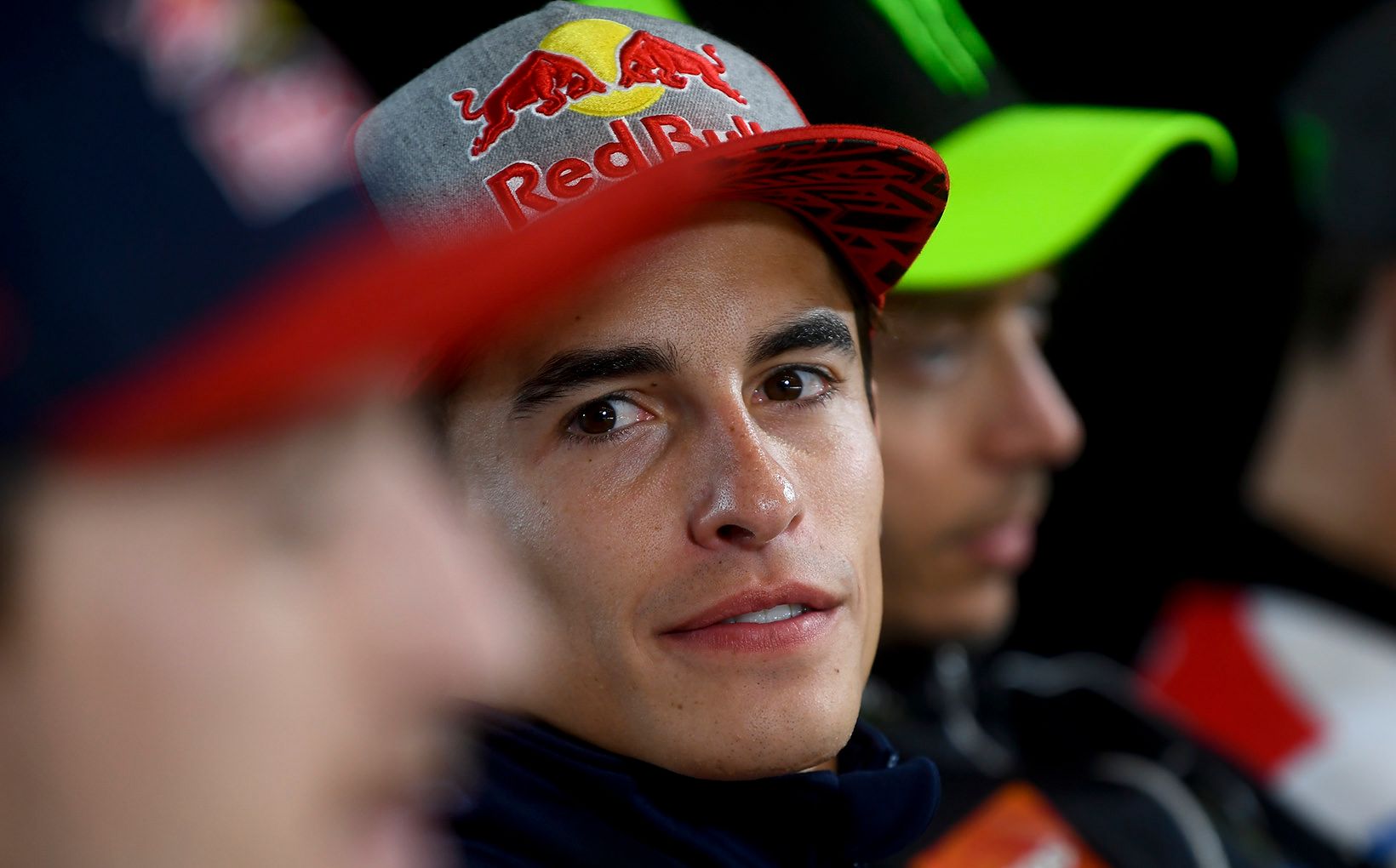 In contrast, Marc Marquez wants to see Lorenzo perform because when you arrive at HRC, you have to want to win races and fight for the Championship. Both Marquez and Valentino Rossi know that JL99 can be competitive and that it is only a matter of time before that occurs. Marquez is on a winning streak that many are struggling to crack. The Repsol Honda rider is just on form with ultimate confidence and Austria is another circuit where his style, bike and mentality allow the team to excel. This will be last race before his teammate returns. MM93: “The Red Bull Ring is a very unique circuit that demands a lot from the brakes and from the power of the bike. In the past we have had some very exciting races there so this year I think it will again be very interesting!” 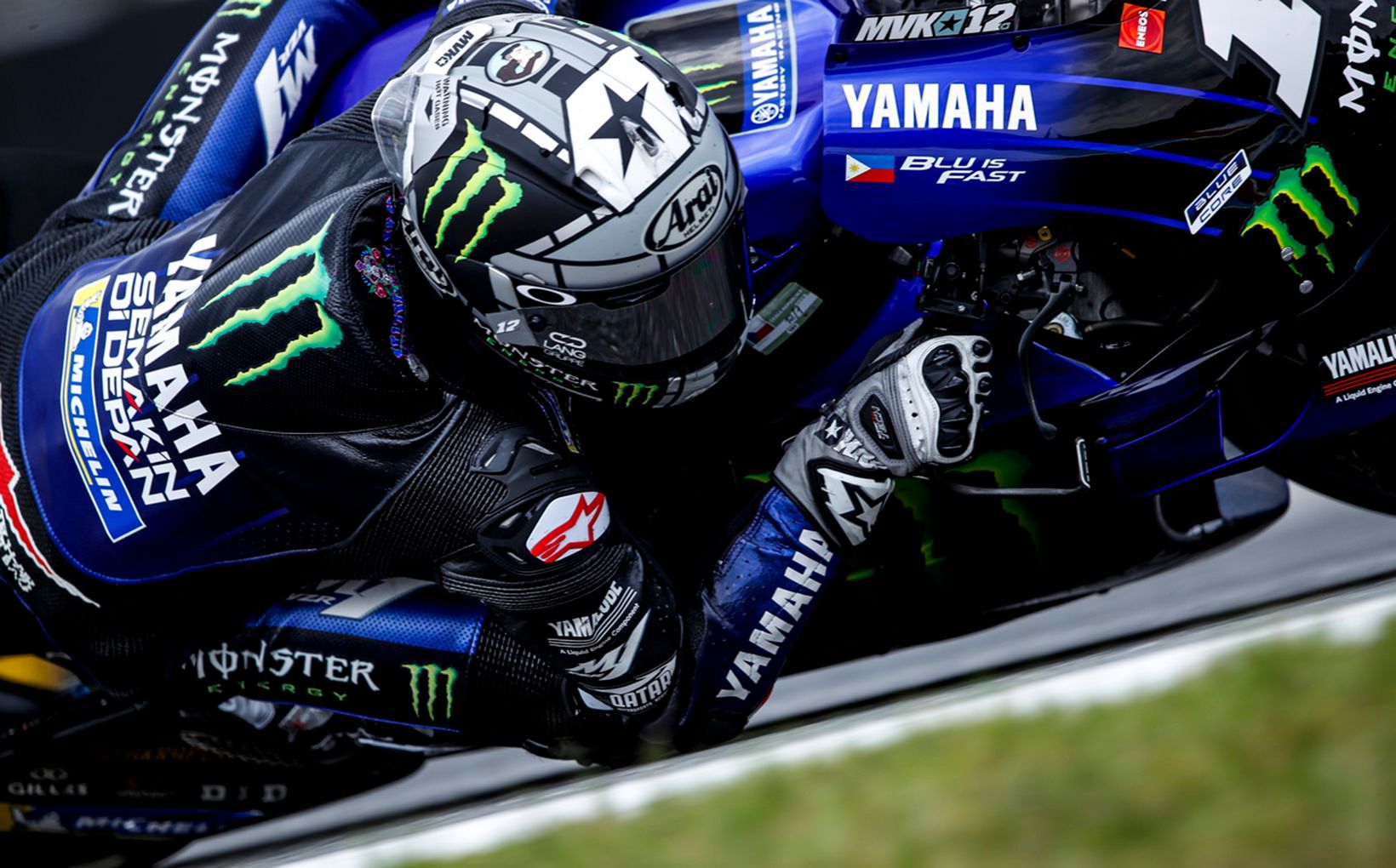 Those who will be hot on his heels are Andrea Dovizioso and Maverick Vinales. The dynamic duo are like bulls at a gate and fight hard when they are in the zone and Austria is going to be an epic battle. AD04: “We can’t deny that the Red Bull Ring is an excellent track for us, this is clear from the results achieved there in the last few years, but as I’m always saying, each race has its own story to tell. Last year Márquez finished ahead of me, so I’m sure that this year he will again be competitive. The most important thing is to focus on ourselves and maintain the feeling we found at Brno, both during the weekend and during the test, which was very positive. We’re going to try everything we can again, and for sure we’re not going to give up." In comparison, Vinales utilised testing in order to cross-check where their package has positive and negative points. He feels this will be more profitable in terms of achieving points. MV12: "At the Brno test we didn't have a lot of new items to improve the acceleration, so we wanted to focus on the package we did have to create the best performance level. We worked on braking later and deeper. Spielberg has stop-start corners, so we need to change our lines and I worked on it. We know we will suffer on acceleration. We focused a lot on improving the front instead and the bike's feeling. I'm heading to Austria with a clear mind, feeling motivated as always. I'm not sure what results to expect, because it's a very difficult track, but we will try to be there, close to the front guys, and fight." 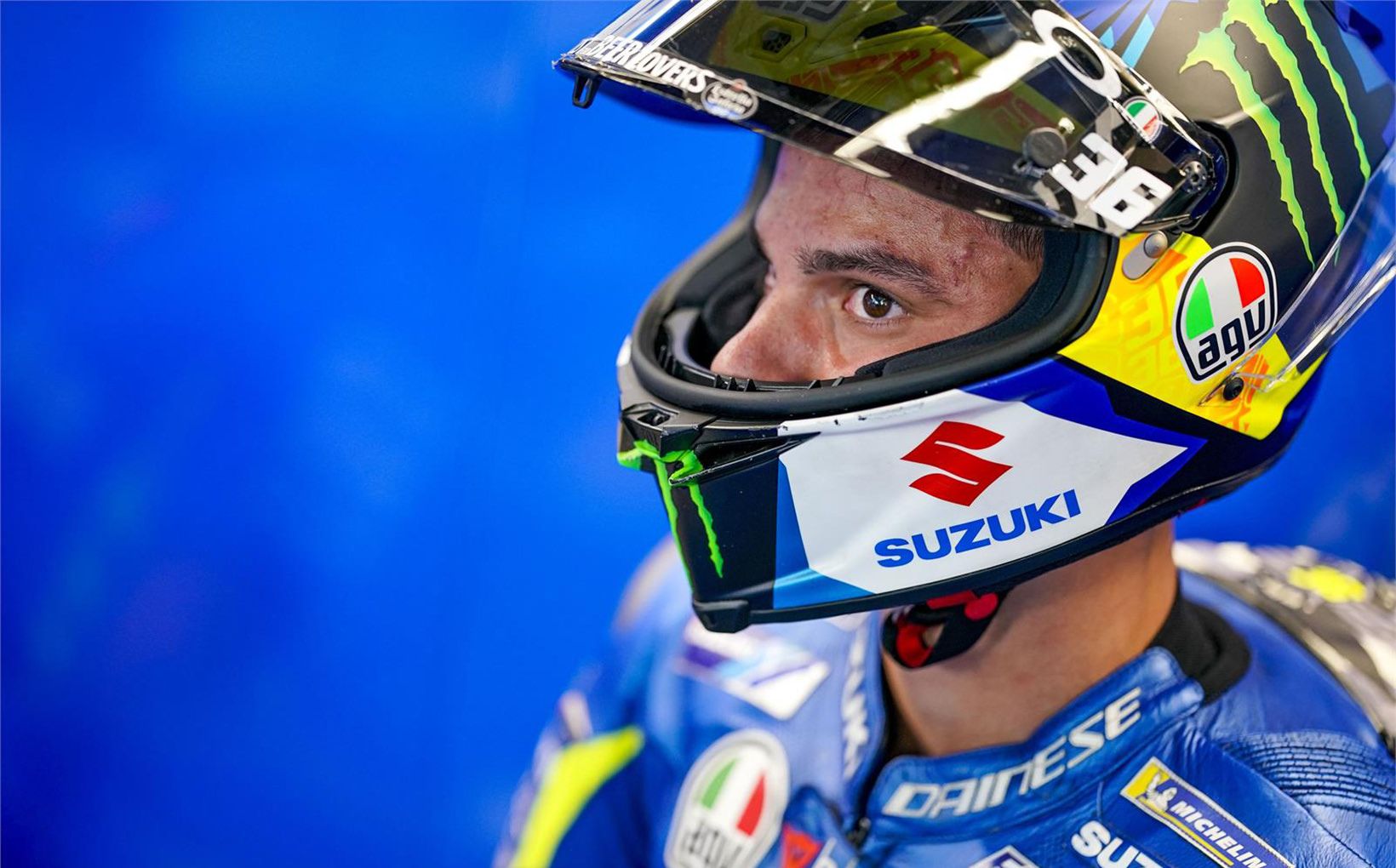 Aiming high this weekend will be Alex Rins as the sole Team Suzuki Ecstar rider as Joan Mir is being monitored in hospital after a nasty test crash which resulted him hitting the air fence at over 300km/h. JM36: “It's such a shame to miss this race following the incident in the Brno Test. It was a big crash and I was transferred to the hospital for further checks because I rolled through the gravel many times and took a lot of hits. At the beginning I struggled to breathe because of the pulmonary contusion, but step by step I improved and now I’m feeling better. The next thing is to go to the Hospital Dexeus where I will undergo some more medical checks so I can be assured that everything is alright, then I will head home to recover and restart my training. It’s a big pity because I was feeling really good with the bike and we were completing a fantastic test. Now I have to think day by day, try to recover, and aim to be 100% for Silverstone. I want to keep up my momentum with the bike and continue growing in the top class. I must thank all the people who looked after me; from the Clinica Mobile, to the circuit medical staff, Brno hospital, and all the team members. Thanks also to all the fans who have sent lots of positive and supportive messages.” We wish Mir a speedy recovery as Rins will look to overcome where they struggle at this circuit which includes the straights and hard braking sectors. The bike has evolved a lot since 2018 and this will definitely allow the Spanish rider to go forward with a good amount of confidence. 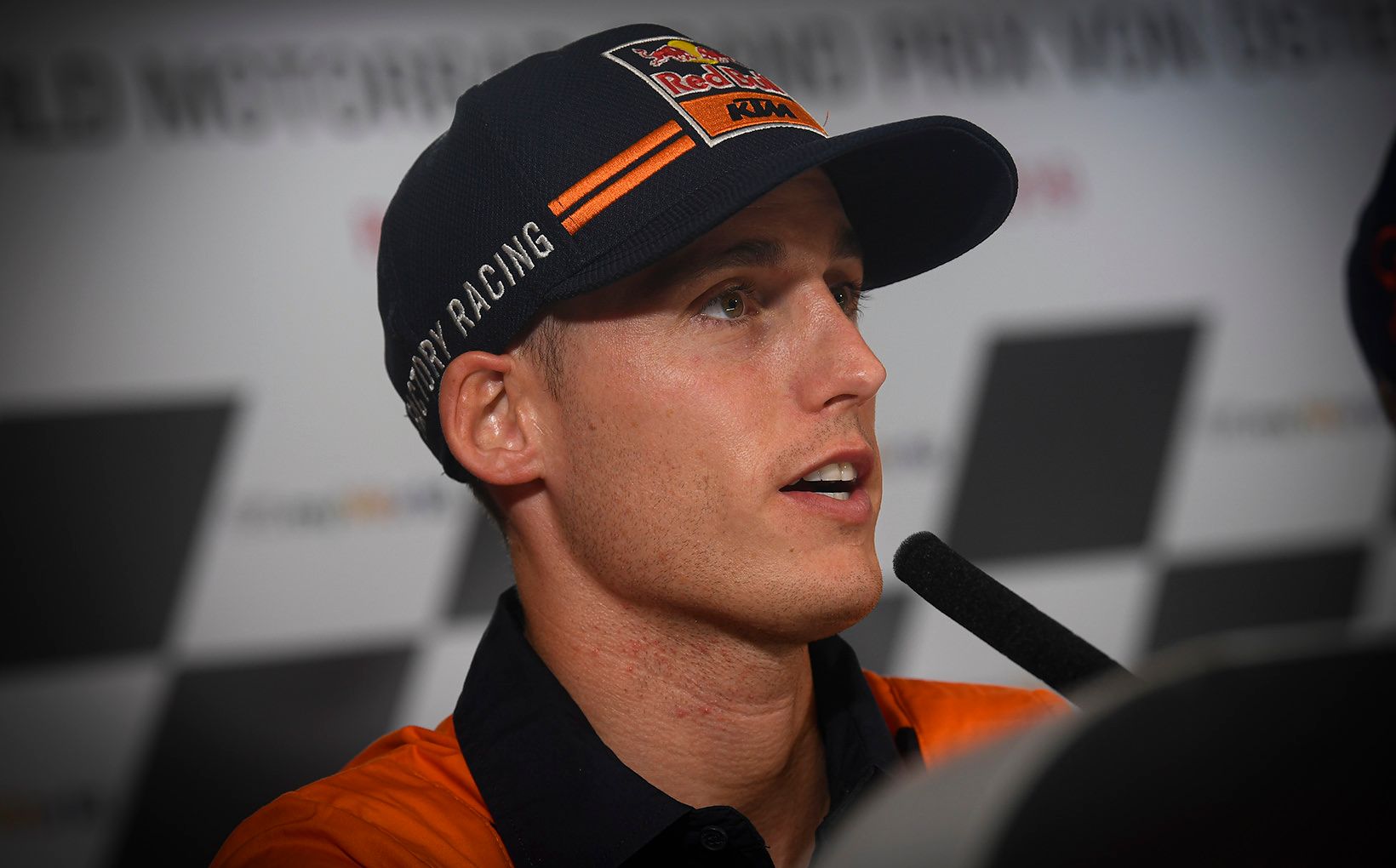 This weekend the race will feature a clash between manufacturers and we think that besides Marquez, both the Yamaha and Suzuki bikes will be contenders. The race and atmosphere is guaranteed to be thrilling with a sea of orange as it is KTM’s home race. The fans will help Pol Espargaro to propel forward and hopefully allow Johann Zarco to recover some more points and develop a better relationship with his KTM. Track time is key! Espargaro in particular is happy with the development phase thus far and you also have to look at the time they have had in the sport in comparison to Honda and Yamaha who have dominated the record books for many years. It will be intriguing to see how the race unfolds on Sunday with every practice sessions a key stepping stone to a strong qualifying result. Be sure to tune in and enjoy the engines as they roar down the main straight!