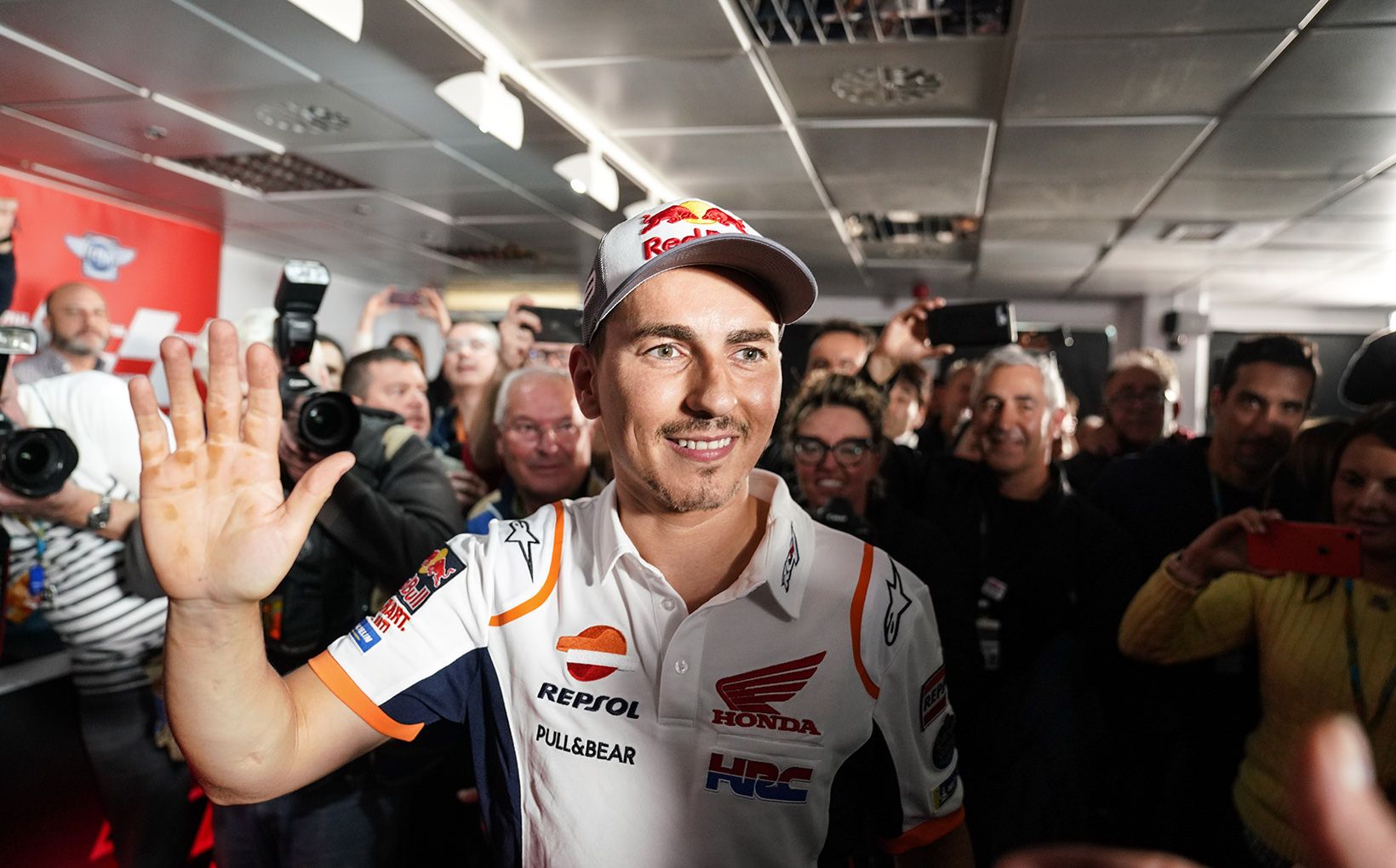 The news was revealed on Thursday that Jorge Lorenzo was retiring from MotoGP after a beautiful series of World Championships. The five time World Champion is hanging up his boots after a very challenging 2019 season where he was not able to conquer the Repsol Honda machine and suffered some serious injuries that led him to decide it was time to no longer race professionally. Lorenzo “smooth like butter” and the “spartan” spoke about his journey on two wheels and demonstrated the passion he has when it comes to motorcycle racing. 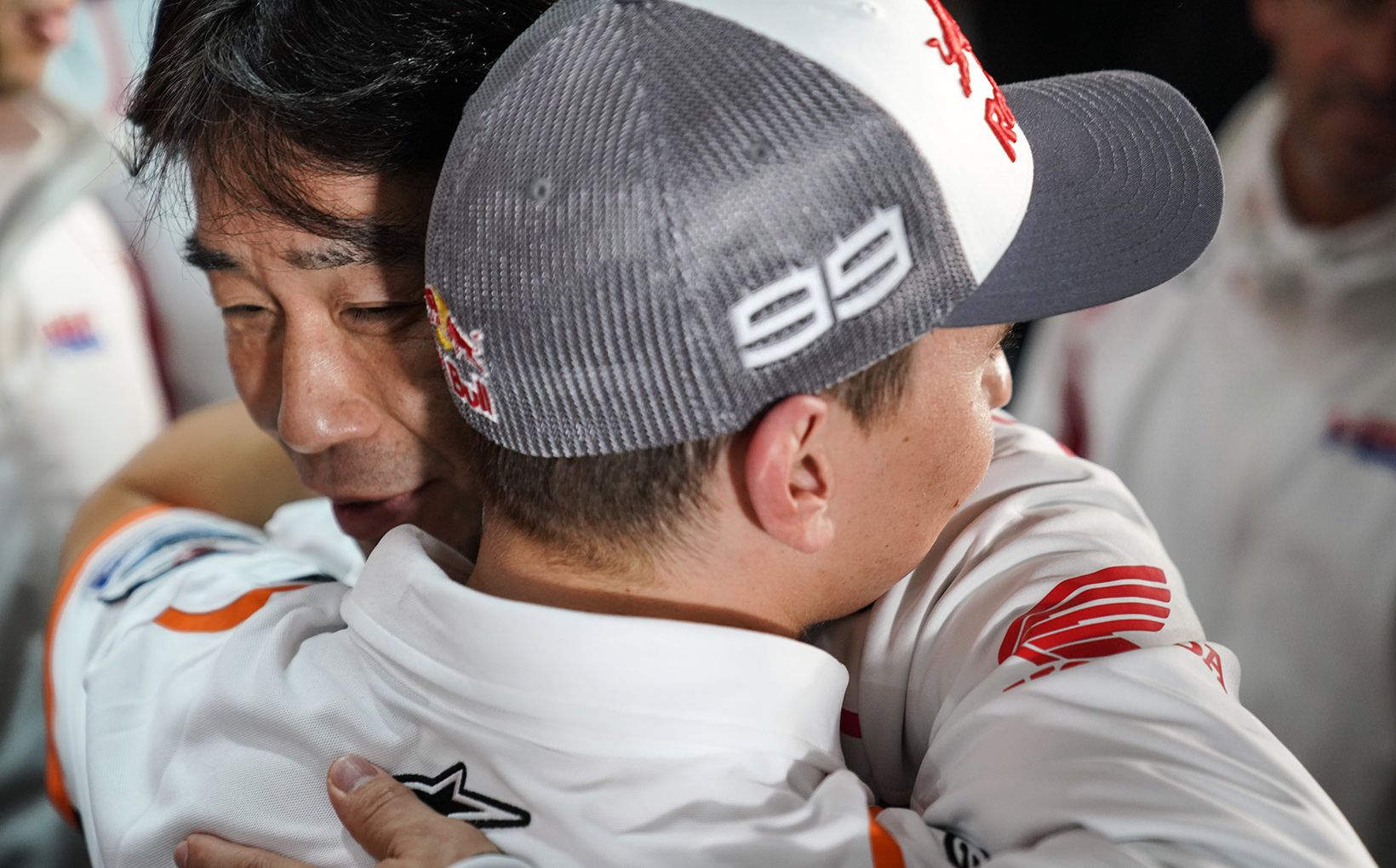 The paddock were left teary eyed and also sharing lots of hugs after the news was sent out across the airwaves, online media and social sharing platforms. We will miss Lorenzo in the sport of MotoGP because he raced with precision, a tough exterior, created many rivalries that allowed us to enjoy some world class battles including the likes of Valentino Rossi, Casey Stoner, Dani Pedrosa, Marc Marquez, Andrea Dovizioso, Marco Simoncelli, Maverick Vinales, Nicky Hayden and Calc Crutchlow just to name a few. 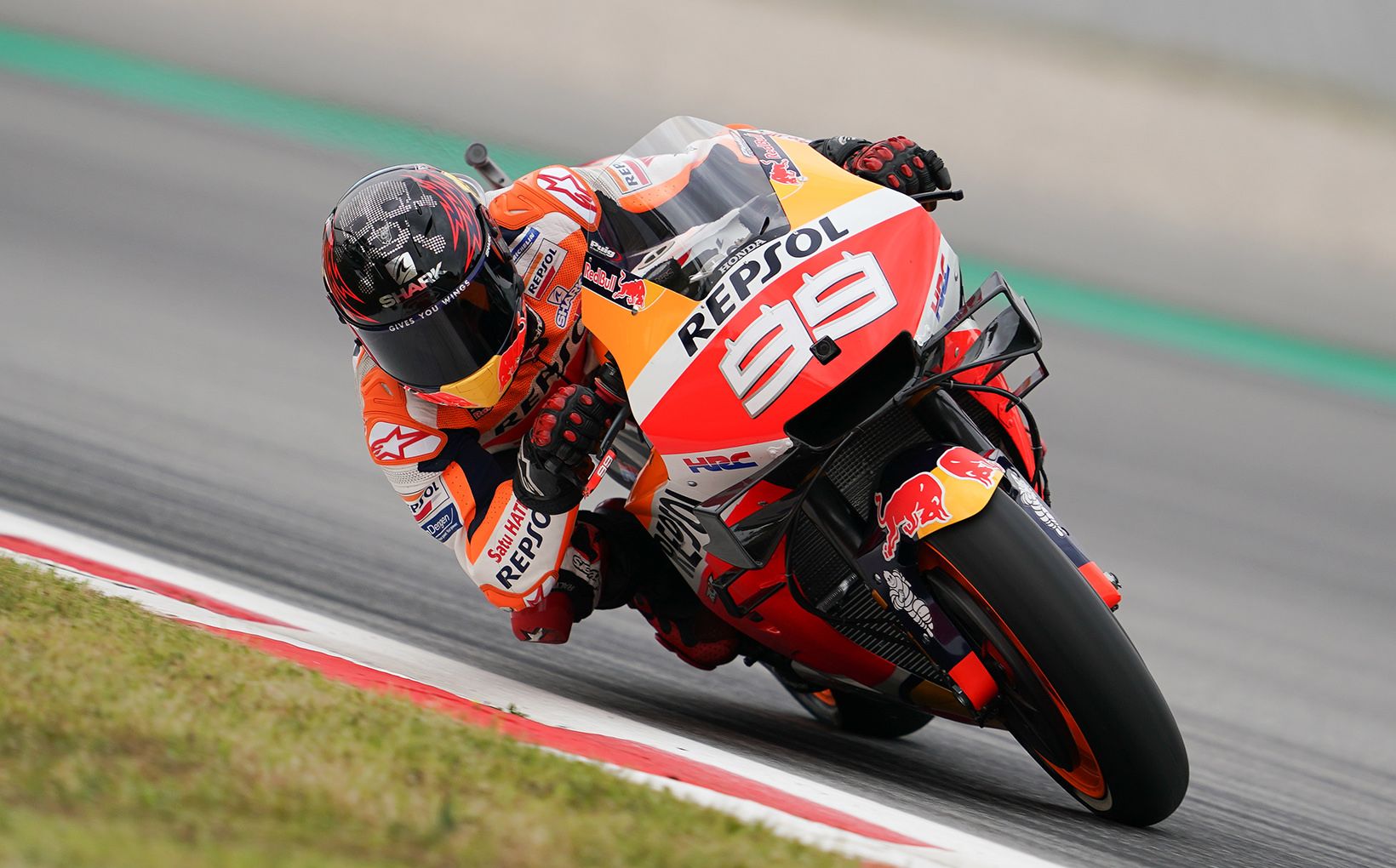 JL99: "I want to announce this will be my last race in MotoGP, and that at the end of this race I will retire from professional racing. I was 3 years old when everything started. Almost 30 years of complete dedication to this sport. Everyone who has worked with me knows how much of a perfectionist I am, how much hard work and intensity I put into this. Being like this requires a high level of motivation, when I signed for Honda I had an incredible feeling of motivation, achieving one of the dreams of every rider: to be an official HRC factory rider. Unfortunately, injuries came to play an important role in my season, being unable to ride in a normal way. I started to see some light but I had this bad crash in the Montmelo test, and some weeks later that ugly one in Assen. The truth is from that crash, the hill became too high for me, and even if I tried, I couldn’t find the motivation and patience to be able to keep climbing it. I'm disappointed with that, I want to say sorry to Alberto Puig, to Takeo, Kuwata, Nomura and all my team, who I have to say have always treated me in an exceptional way. I would like to sincerely thank everyone at Honda for their support and understanding and also extend my thanks and gratitude to everyone who has been there through my career." 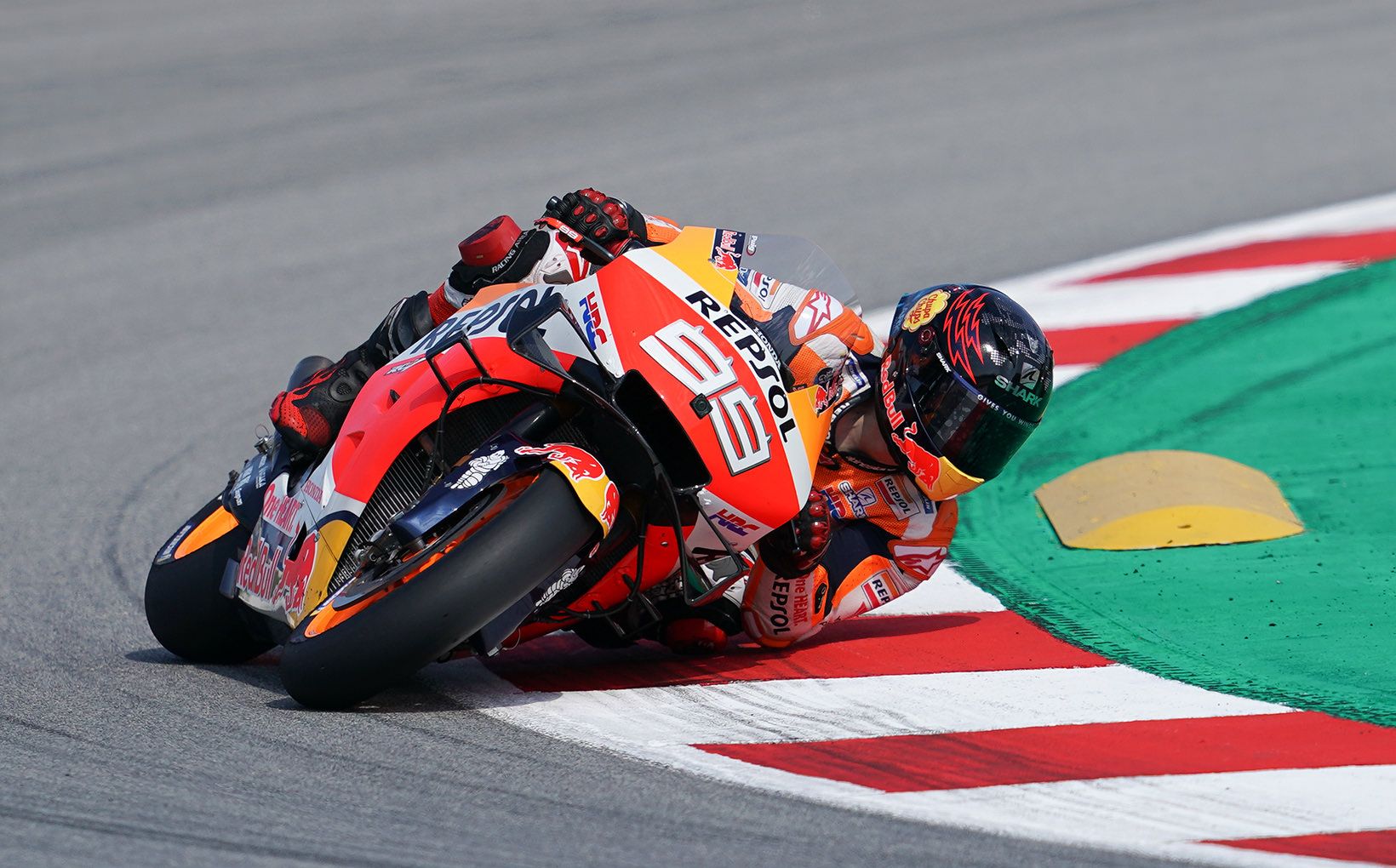 In our opinion, we wish things were different because Lorenzo started to conquer the Ducati and his time there was short lived due to management conflicts. As a result, he was not able to shine on board the Honda and probably given time, he would eventually start to showcase his ability to adapt. Unfortunately, the injuries from Thailand 2018 and onwards have been extremely difficult to overcome and athletes reach a certain point in their careers when they know deep down it is time to walk away. Whether Lorenzo will run a team, become a rider coach or work within MotoGP in the near future remains to be confirmed. If anything, Lorenzo wants to relax and enjoy his retirement in a warm climate and find himself once again after racing. With the news, there are rumours swirling about who will take the Honda job. Those being considered are Cal Crutchlow to move from LCR Honda to the factory team, Alex Marquez and Johann Zarco. Who would you pick to go where?

The Honda team including Alberto Puig are sad to see the Spanish rider depart. Lorenzo felt as though he disappointed Puig because he asked him to put trust in his abilities and unfortunately they did not win a race together. In addition to this, having Marc Marquez as your teammate is never an easy experience either as you have to be better than he is on a bike that has been primarily designed for his style, bike, personality and confidence levels. Yoshishige Nomura - HRC President: “It is with great sadness that we say goodbye to Jorge Lorenzo, he has been one of the strongest champions in the last decade that we have fought against and now worked with. The chance to have Lorenzo in Repsol Honda Team colours was something truly unique and 2019 was full of promise. Unfortunately, he suffered a lot of bad luck with injuries before the season started and also during the season with his fall in Assen. As a result, he wasn’t able to recover the confidence he once had and we will sadly be ending our cooperation early as he retires from racing. We at Honda Racing Corporation would like to wish him all the best for the future.” 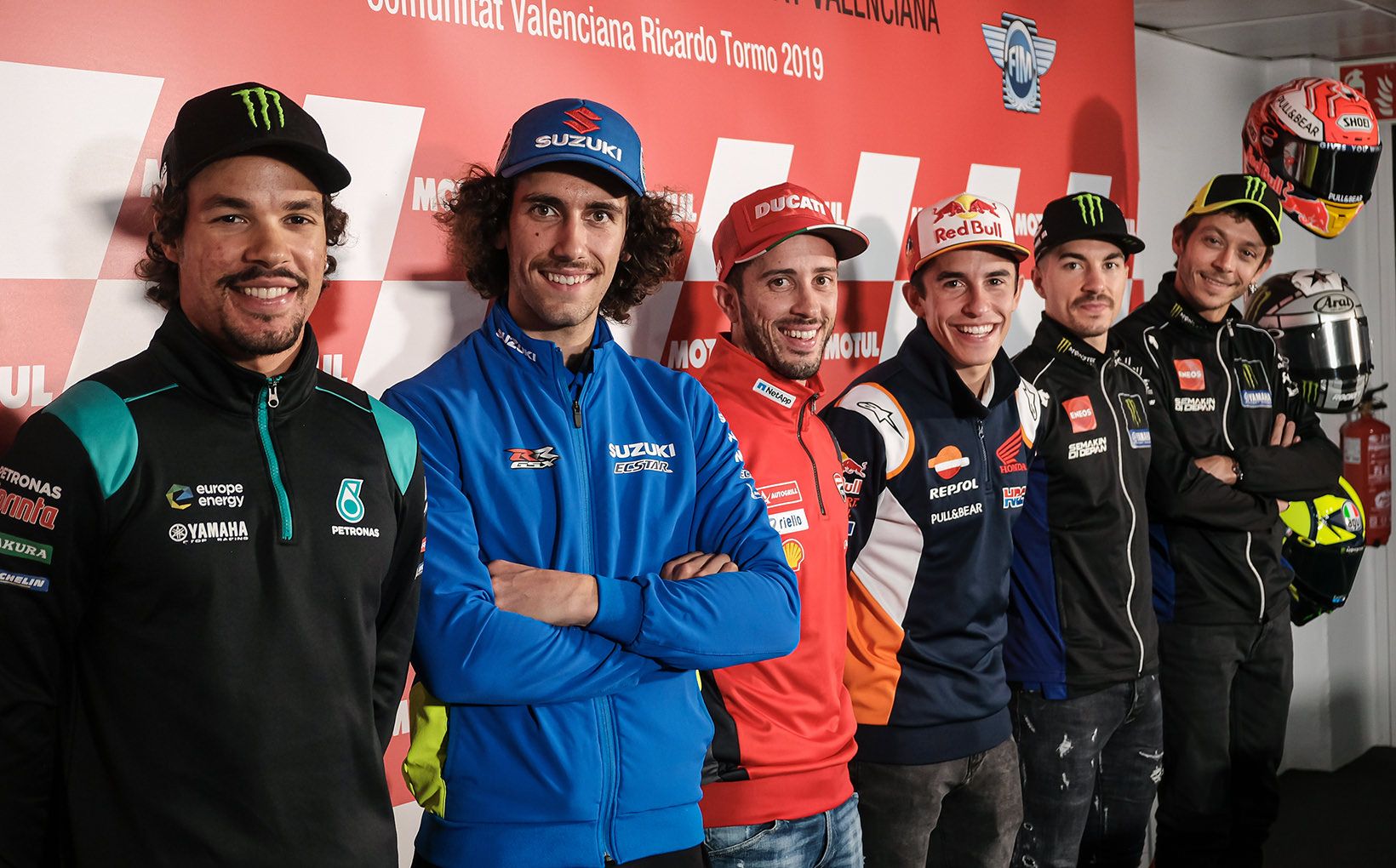 In order to be the greatest in this sport, you must have beyond 100% confidence and a strong mindset that does not flutter. We will miss those Lorenzo antics, when he speaks in third person and others laugh, the controversial thoughts of others when he answers questions, the battles, the riding style that is beautiful to watch and one epic World Champion who will remain as one of the greats. With the season finale taking place this weekend, it will be an important weekend to finish strong and then reset for 2020 whilst contract negotiations are already in full swing for 2021. There are thoughts that Rossi will stay, Vinales may go to Ducati, Miller end up as a top Ducati rider alongside Dovizioso or a complete re-shuffle, new riders being introduced, Fabio Quartararo stepping up to potentially partner Rossi and so many more rumours. The list is extensive and the accuracy no clearer! 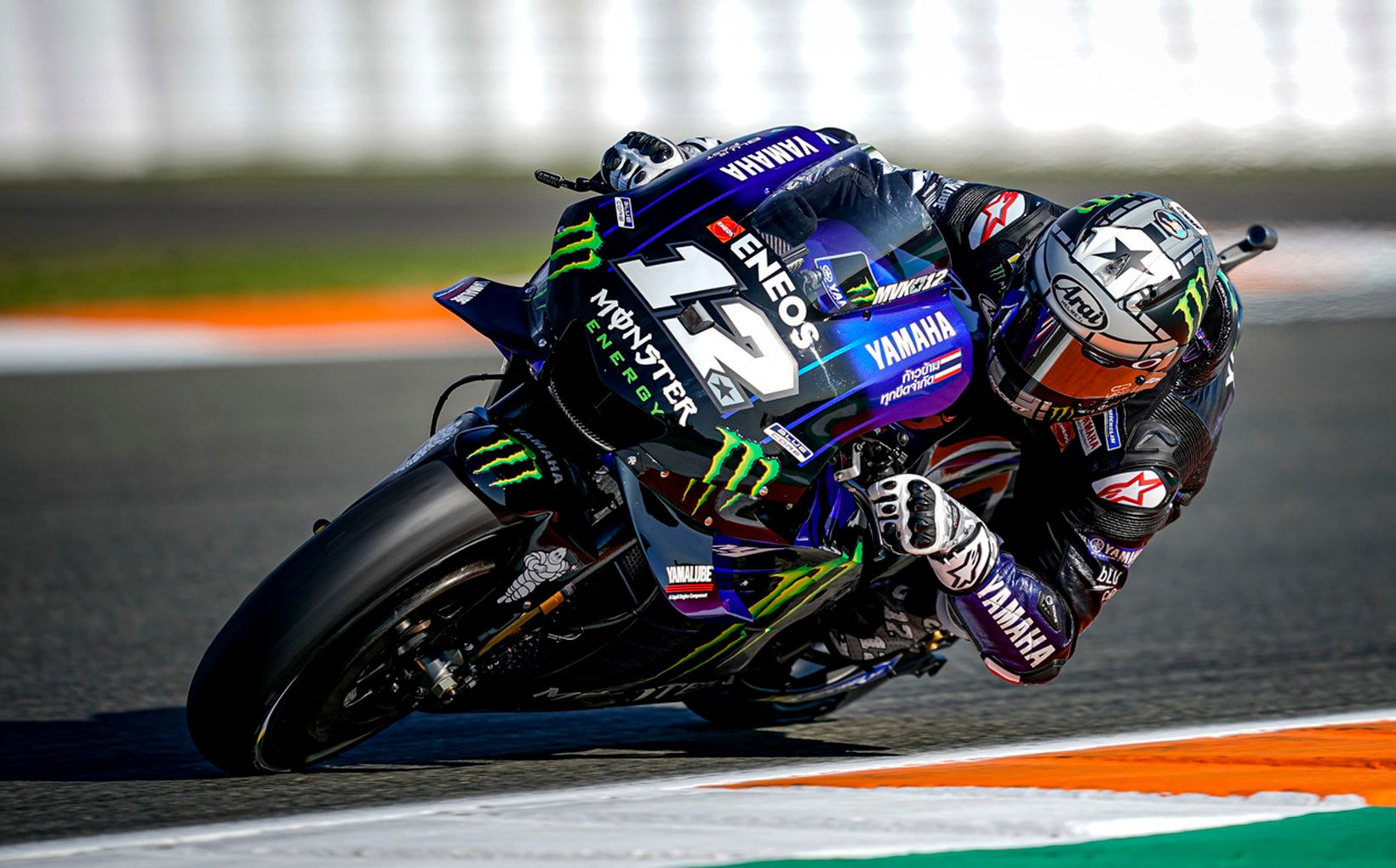 MotoGP like any other sport involves heart rates. Vinales is being studied as his heart rates in MotoGP are extraordinary low. Think about riding in excess of 300km/h and testing your own heart rate. Unless your body is a rare specimen, most people have heart rates that reflect their fear levels, adrenaline and excitement. In Valencia, during practice Vinales was at 119BPM whereas Jack Mille was 177BPM. It is incredible to watch live and witness how low his heart rates get in times of pushing limits. Quite sensational really and a clear indicator that he has his head in the game to find his feet towards the top. Vinales wants to be a World Champion and shake Marquez’s rhythm up. He was magical in Malaysia and Valencia is another trophy he would like to hold high. 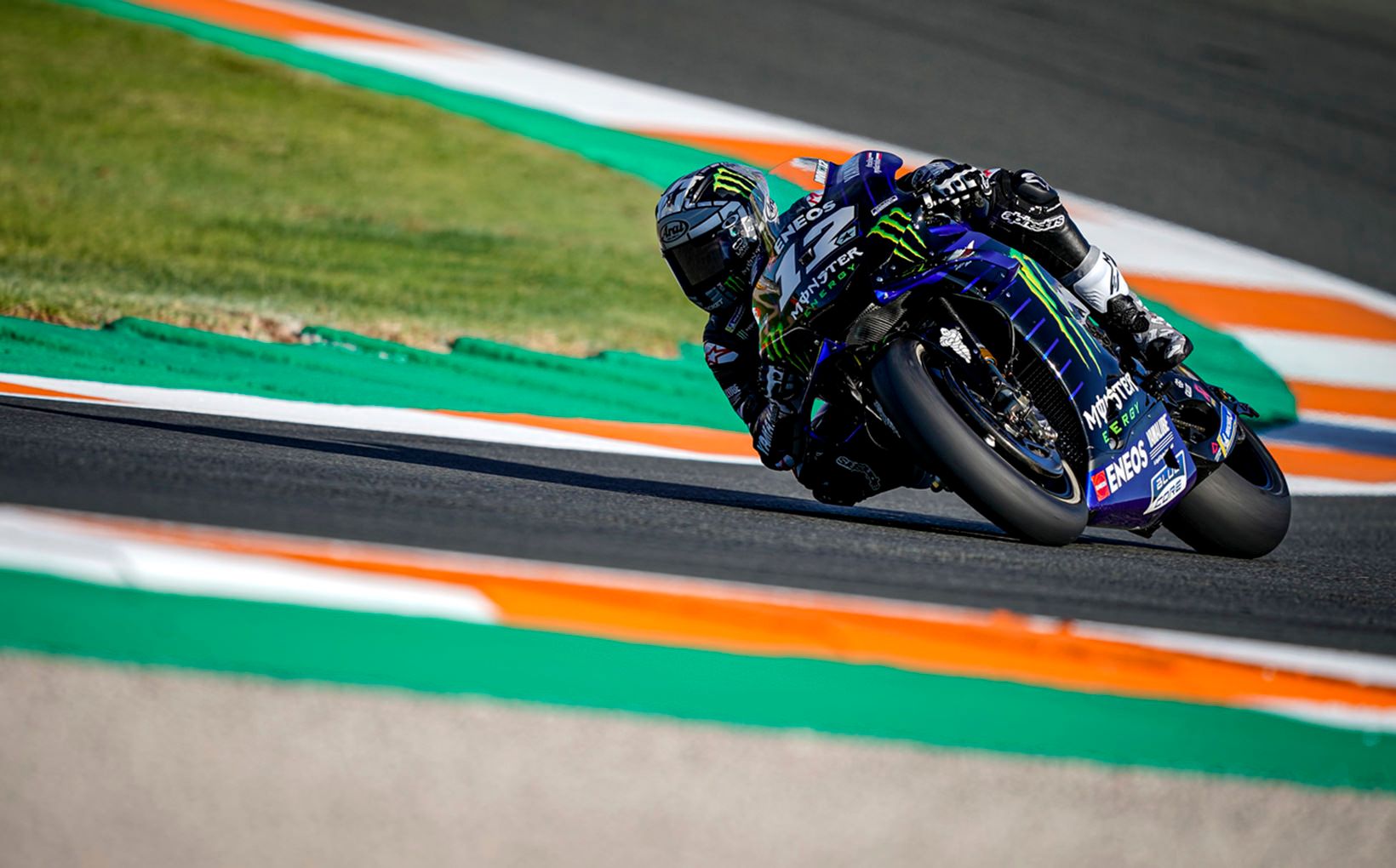 MV12: “I’m very happy to head back to Valencia, feeling in such good physical shape and with a positive mentality after the victory in Malaysia. We are working very well with the team, and all the hard work done throughout the season is now paying off. We have found the formula to continue developing the bike for 2020 and that is what we are doing. My goal for this weekend is finishing the season with another victory or at least with another podium, in order to be the first Yamaha in the championship standings and to achieve the third position in the general classification. I can't wait to start working on next year. I think that this GP we will be a strong contender, and we’ll fight for the victory from the beginning of the weekend. I really want to be able to show that we are ready to fight for the victory.”

Johann Zarco is one rider everyone is watching closely because he is shining and demonstrating that the Honda works for him. It is nice to see because Zarco has the talent and suffered from poor management decisions. He failed at KTM and is excelling with Honda. There have been a few crashes in Valencia already with cold tyres and riders feeling the force of their crashes. The testing program next week is vital because if you start the season off on the wrong foot, you can end up shifting your 2020 season from race victories to just points. We look forward to seeing how the event unfolds this weekend. Final words: Taka Nakagami remains tight lipped on his whereabouts for the following year and is throwing another spanner in the works even with making his way to Valencia when he is not required. Watch this space to see who takes over the orange machine!