Catalunya-Barcelona Mayhem with Marc Marquez Running Away with the Title 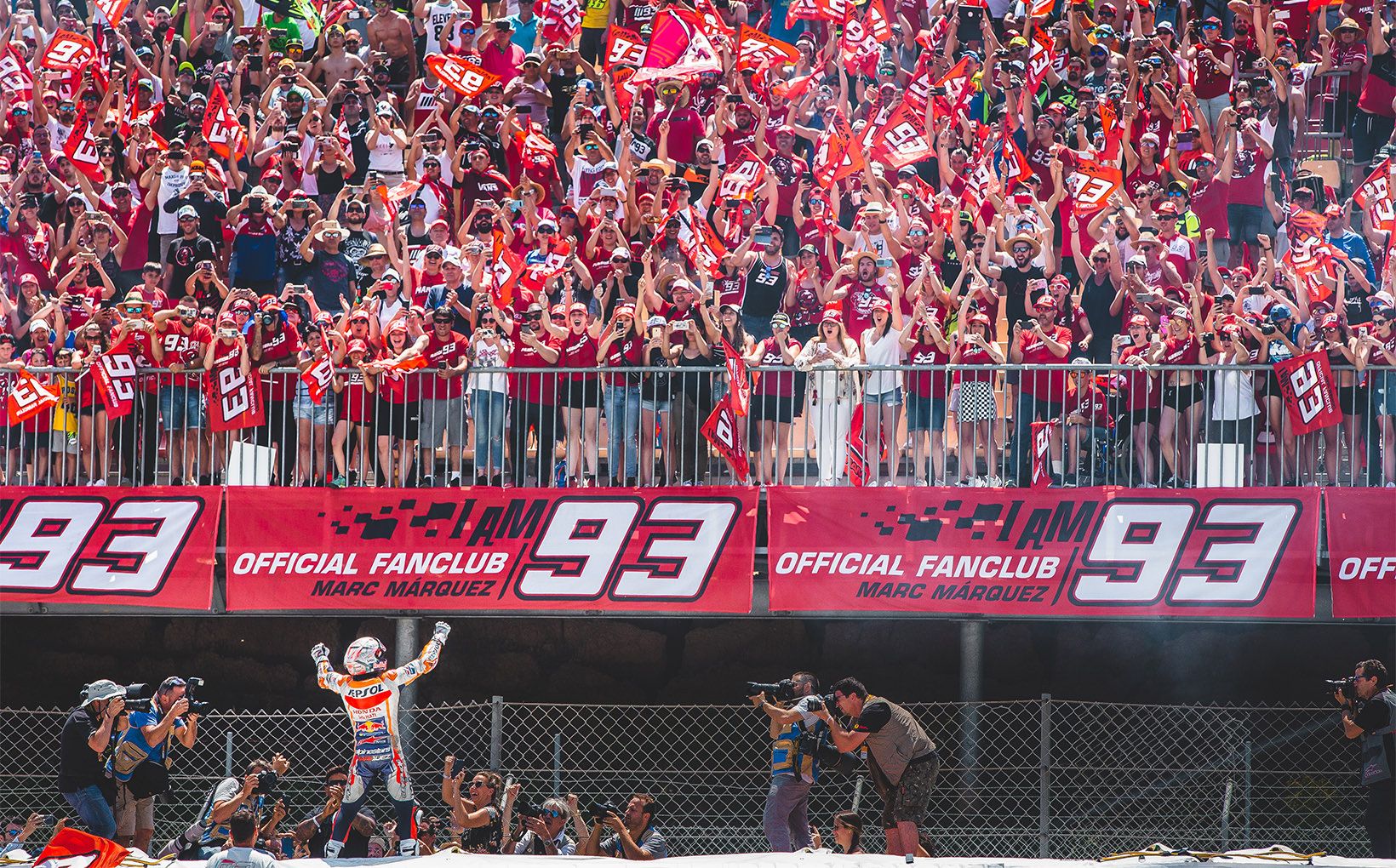 Close your eyes and imagine hearing the sound of bikes crashing, the crowd roaring and riders yelling at one another. This is exactly what took place at the 2019 race in Catalunya with Jorge Lorenzo innocently taking out Andrea Dovizioso, Maverick Vinales and Valentino Rossi at turn ten so early into the race. If you watch the accident back, all the riders had a role to play with Lorenzo braking hard and losing his front end collecting the others like a bowling bowl. Of course, Lorenzo understands he is to blame because he went for a door that was open and then closed rapidly. It was an ambitious and clever move that unfortunately did not pay off. As a result, Marquez ran away out the front and has resulted in a 37 point lead in the World Championship. 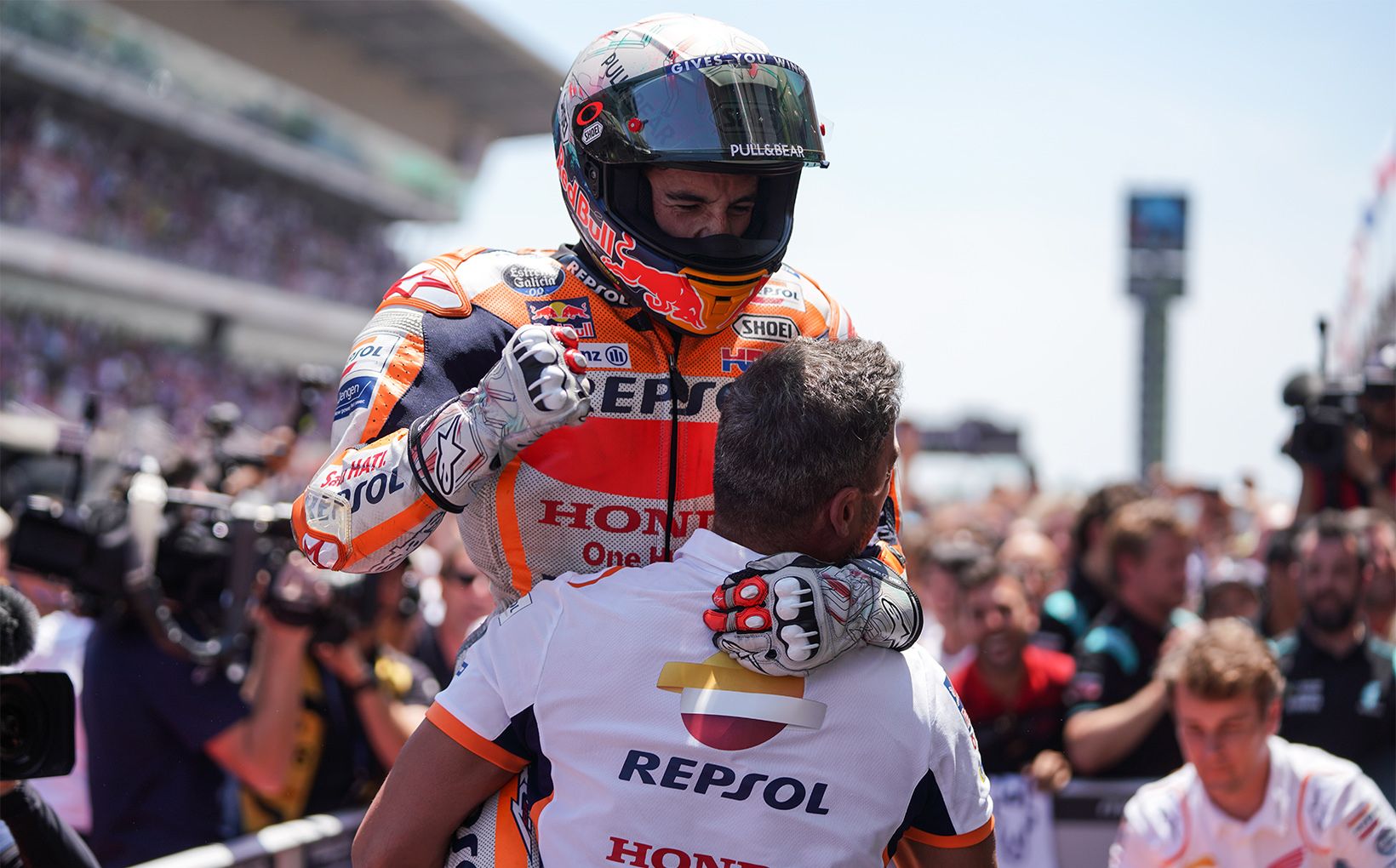 Credit: CormacGP & Repsol Honda MotoGP Team
The Spanish Ant is smiling from ear to ear with the victory and was smart in his tyre choice knowing that his main competitor was Fabio Quartararo. MM93: “I chose the soft rear to try and push in the beginning and to try to not overheat the tyre but to try to be constant and fast. All of the Repsol Honda Team did a really good job this weekend; we worked hard and prepared well for the race. The team told me something had happened to Dovi, so I just kept pushing and focusing on my own race. We had the perfect strategy regardless and I want to thank all the fans who came out. Gracias! It's always special when you can celebrate winning together with your brother, Alex rode well this weekend!” The double whammy Marquez effect was felt across Spanish soil and what a way to win at a home event. 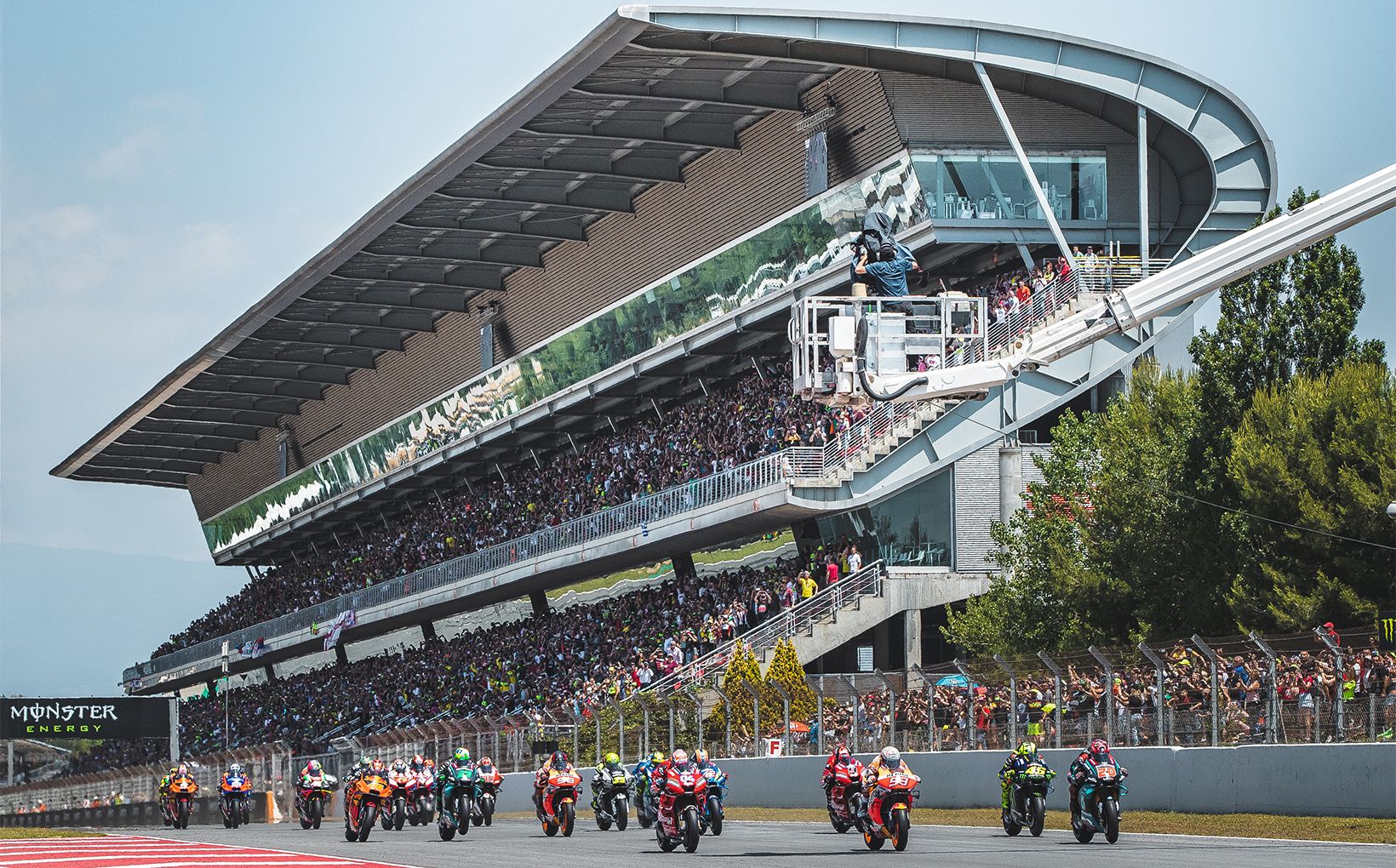 Credit: Cormac GP & Repsol Honda MotoGP Team
The key point to take away for Lorenzo fans is that he was fast, comfortable and in the top four so early into a race which is a very positive sign. He was chasing and catching the front pack which is exactly what Honda was waiting to see. JL99: “You don’t have any options if you brake a little bit too late here, like happened with me. It was my fault, my mistake and I apologise. It was really unfortunate to take out Dovi, Maverick and Valentino – it wasn’t their fault obviously, it was mine. The only thing that matters today is the crash, I took out three riders unfortunately but if we think aside from this it was a weekend where we were able to make a step forward and I was consistent throughout.” With the test on Monday, Lorenzo is looking forward to gaining more track time, trying new things and going to Assen with a strong package.

In contrast, it was pure anger for Vinales, frustration for Dovi and confusion for Rossi. Mixed emotions across the board as Danilo Petrucci, Alex Rins, Quartararo, Jack Miller and Cal Crutchlow battled it out for the remaining positions. If there is anyone who wears emotions on their sleeve it is Vinales who was making his emotions clear as daylight on television. MV12: “Actually, I saw someone coming very fast on the inside, and I tried to pick up the bike to avoid a crash. Dovi was in front of me and I thought that just they were going to crash, but unfortunately they touched my rear tyre and I jumped. I couldn't avoid it and I'm really disappointed, but on the other hand I'm really happy.” 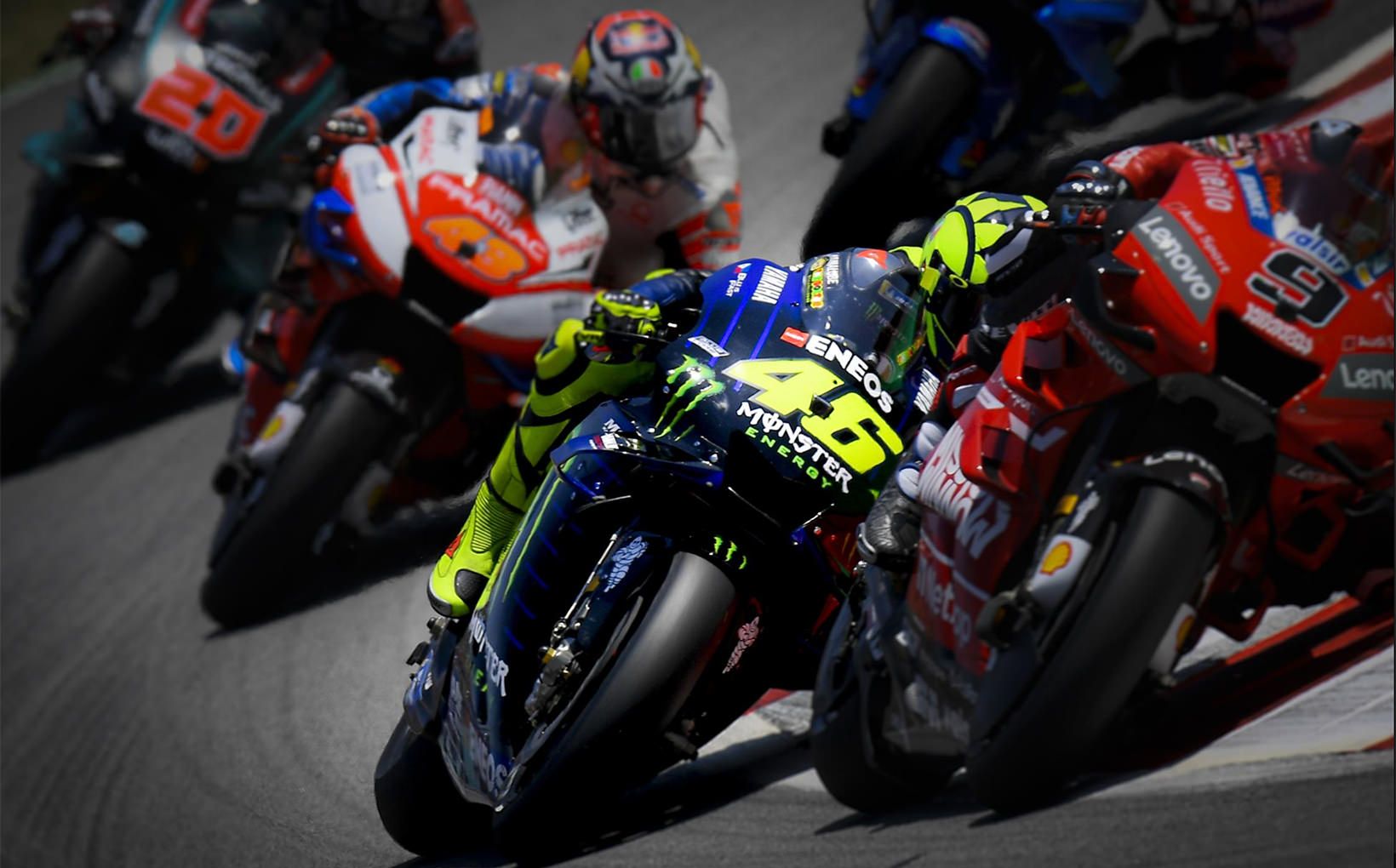 Credit: motogp.com
On the other side of the garage was Rossi who was also in a way ambitious with making a move on Petrucci. VR46: “I was very optimistic, but unfortunately in that corner I tried to overtake Petrucci and I already arrived a bit fast. At the same moment the crash in front of me happened, so I couldn't avoid the bike of Jorge and I crashed. It's a great shame, because I could have done a good race. I felt strong. On the positive side, it was a better weekend, compared to Mugello. I was competitive and enjoyed it a lot more, so we will start again from this point.” 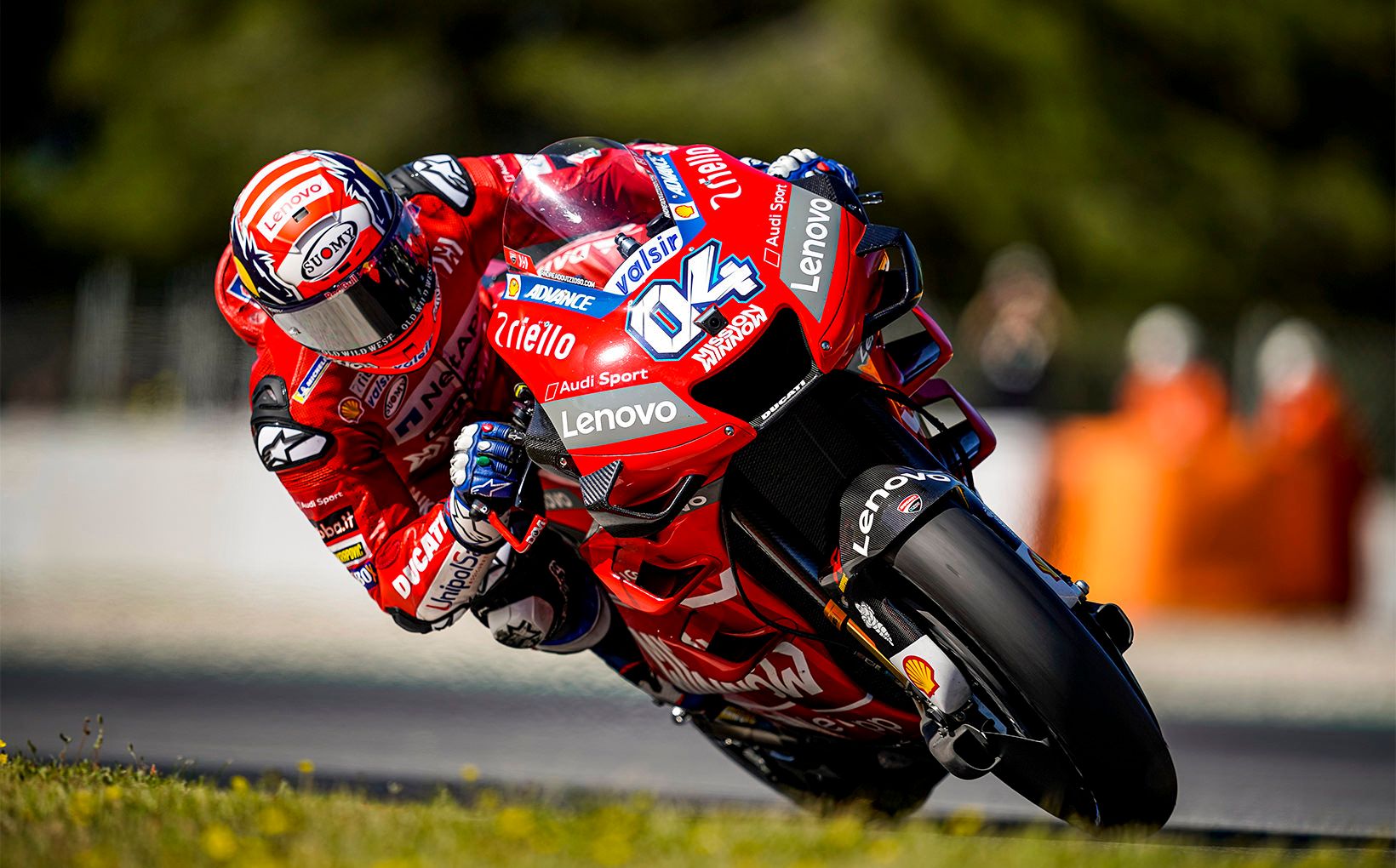 Credit: Mission Winnow Ducati MotoGP Team
The dominos fell on race day with the group and DesmoDovi was the most devastated as he watched points wash down the drain. AD04: "After a great start, I took the lead and I was in a strategic position to ride the race we had planned. The rear tyre still wasn't perfectly heated up so I wasn't pushing the pace yet but, considering how the race eventually unfolded and the rhythm shown by other riders, I believe we could have been contenders for sure. I prefer not to comment about the incident, but the race still was entirely up for grabs at that point. Tomorrow we have another important test to keep improving our base, and we'll try to make the most of it to bounce back immediately at Assen." Lorenzo, the former teammate probably is off the Christmas card list!

In addition to the above incident, it was an unfortunate finish for Crutchlow who had the podium pace and overcooked his entry causing him to run wide and fall into the kitty litter. His accident not a key talking point with so much friction in the debriefs regarding the flying Honda of JL99. Crutchlow: “The crash was completely my own fault. I was trying to pass Jack (Miller) and I locked the rear with the rear brake, one of the problems we have had this weekend on corner entry. There was always a possibility of it doing it if I went in hard on Jack, but I had to try to pass him because there was a chance of a podium, so I went down fighting for it at least.” With that said, Crutchlow was the fastest on the circuit at the time and showcased strength after a rough patch with the 2019 Honda machine. He is pleased with the improvements and was able to push the bike which felt good. 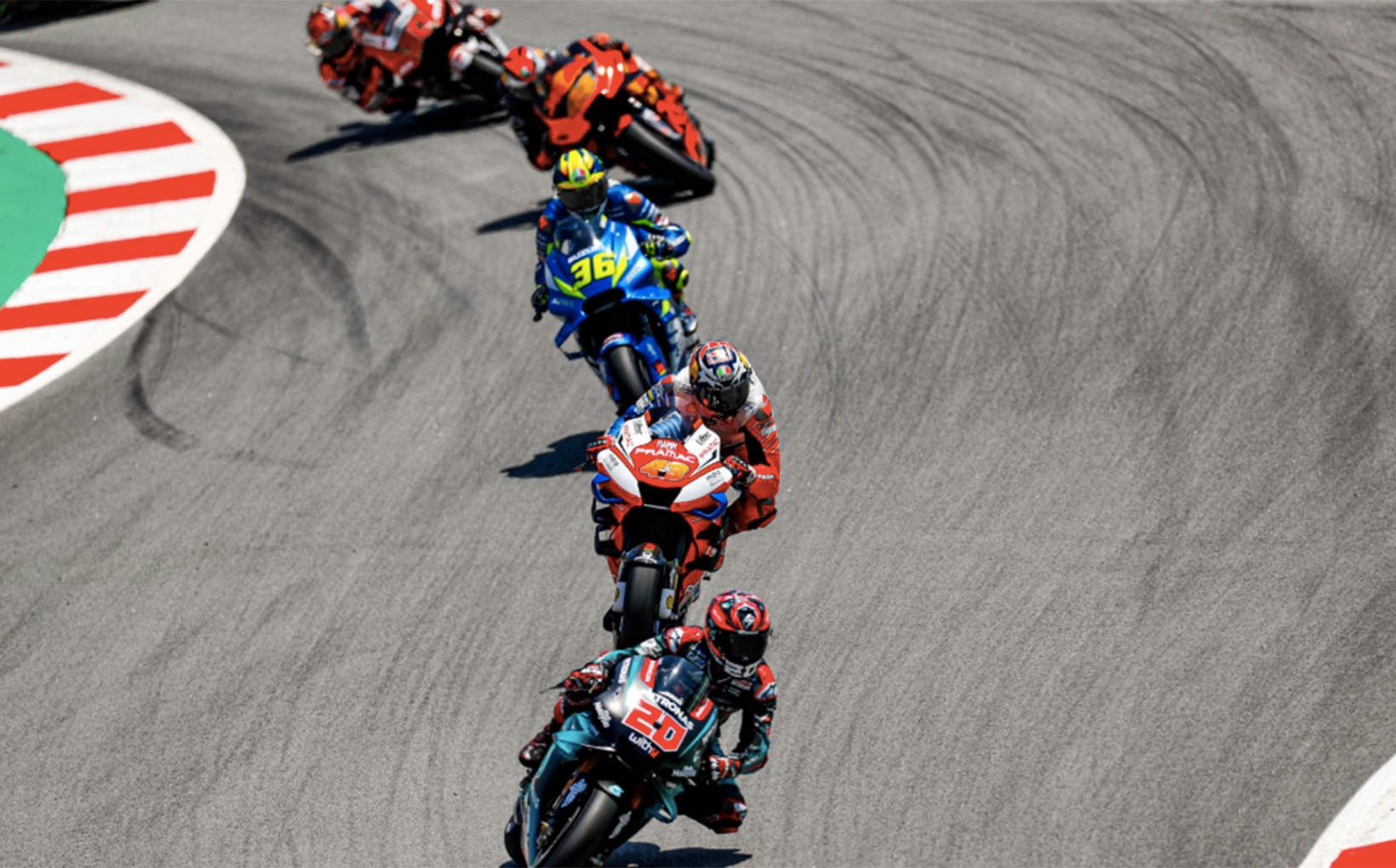 Credit: Pramac Racing MotoGP Team
For Petrucci, Rins and Quartararo it was a superb battle across the entire race distance. Miller was there for a while and just lost tyre grip that resulted in a lack of pace and not ideal considering his performance all weekend. It was a solid finish from the Australian rider though frustrating he could not push any further. 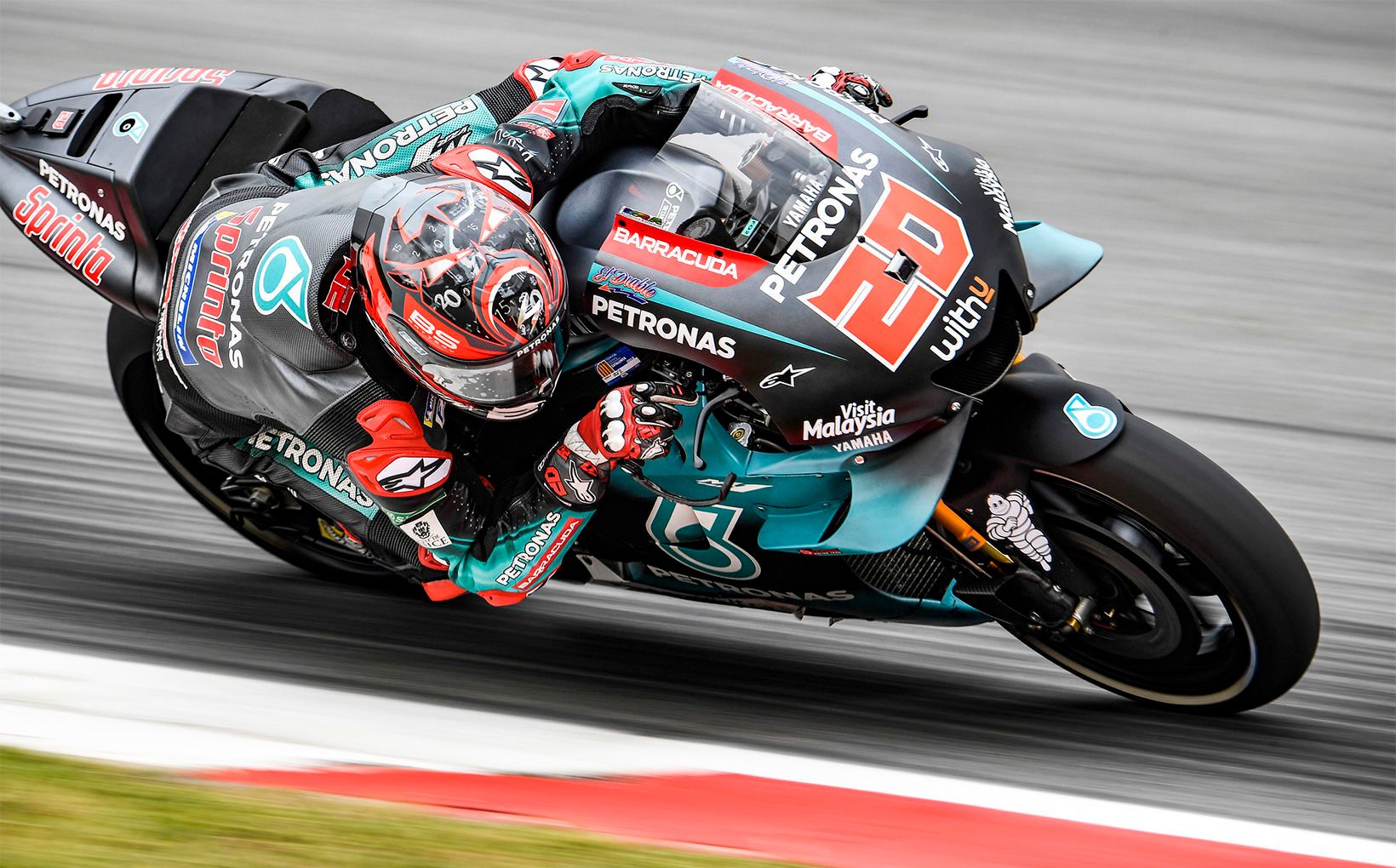 Pramac Racing MotoGP Team
Ride of the day goes to the Frenchman Fabulous Fabio! Not only did he have arm pump surgery just twelve days ago, he raced with a clear vision, calculation and pure class. Tears ran down his face as he celebrated his first MotoGP podium and he had every reason to be proud. What a transition for the former Moto2 rider, rookie in 2019 and with a brand new team. FB20: “I’m very happy with what we’ve achieved today especially as it was a very hard race. We made our best start this year, since I only dropped two positions. Then I made a mistake at Turn 4, losing another four positions, and I was a little further back! Nevertheless, I found myself in the fight for the podium and a few laps from the end I managed to get into second and push. Thanks to adrenalin of fighting for the podium – and the medicine – my arm didn’t trouble me so much in the race. In the final laps my arm started to hurt a lot, but the reward of being on the podium is much greater than that. Twelve days ago I was undergoing an operation, and now I’m on the podium. Since the European races have begun, we have been very fast; this weekend the worst result in a session was second. The pace we have is very good, but we have to continue working as we have done so far. I want to thank the team for the opportunity they have given me and all the work they do. I am very happy to have achieved the first podium for PETRONAS Yamaha SRT.” 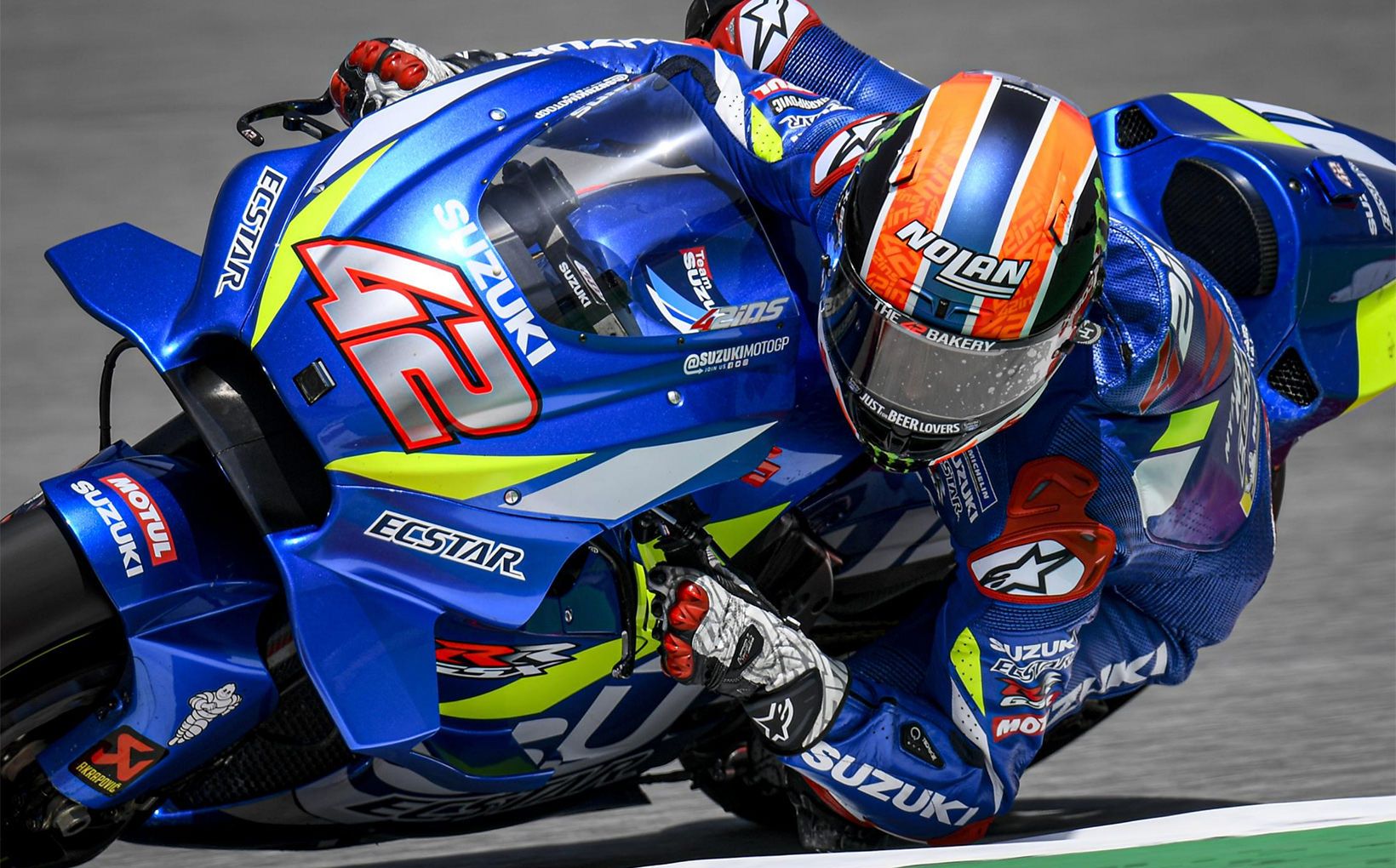 Credit: motogp.com
Tyre marks were both on the track and on leathers. Rins and Petrucci swapped tyre marks with the Spaniard incredibly aggressive to a point where the Mission Winnow Ducati rider had to stand his ground lap after lap. Petrucci did not expect a podium finish and these points are vital for his title campaign. Rins was not so happy as he thought the result would have reflected his efforts. No doubt, the Team Suzuki Ecstar rider pushed the limits and was lucky to stay upright. The track was very hot for their bike and tyre choice which made it quite difficult on the tyres. Rins struggled with the feeling in particular when it came to the right hand turns. If his start was better, the result would have definitely been different. With so many riders failing to finish, the title is going forward in the direction of MM93 who is laughing and smiling as he goes to Assen next which is a favourite. Will anyone be able to challenge Marquez and force his hand to make a mistake…. This is the question everyone is asking themselves.