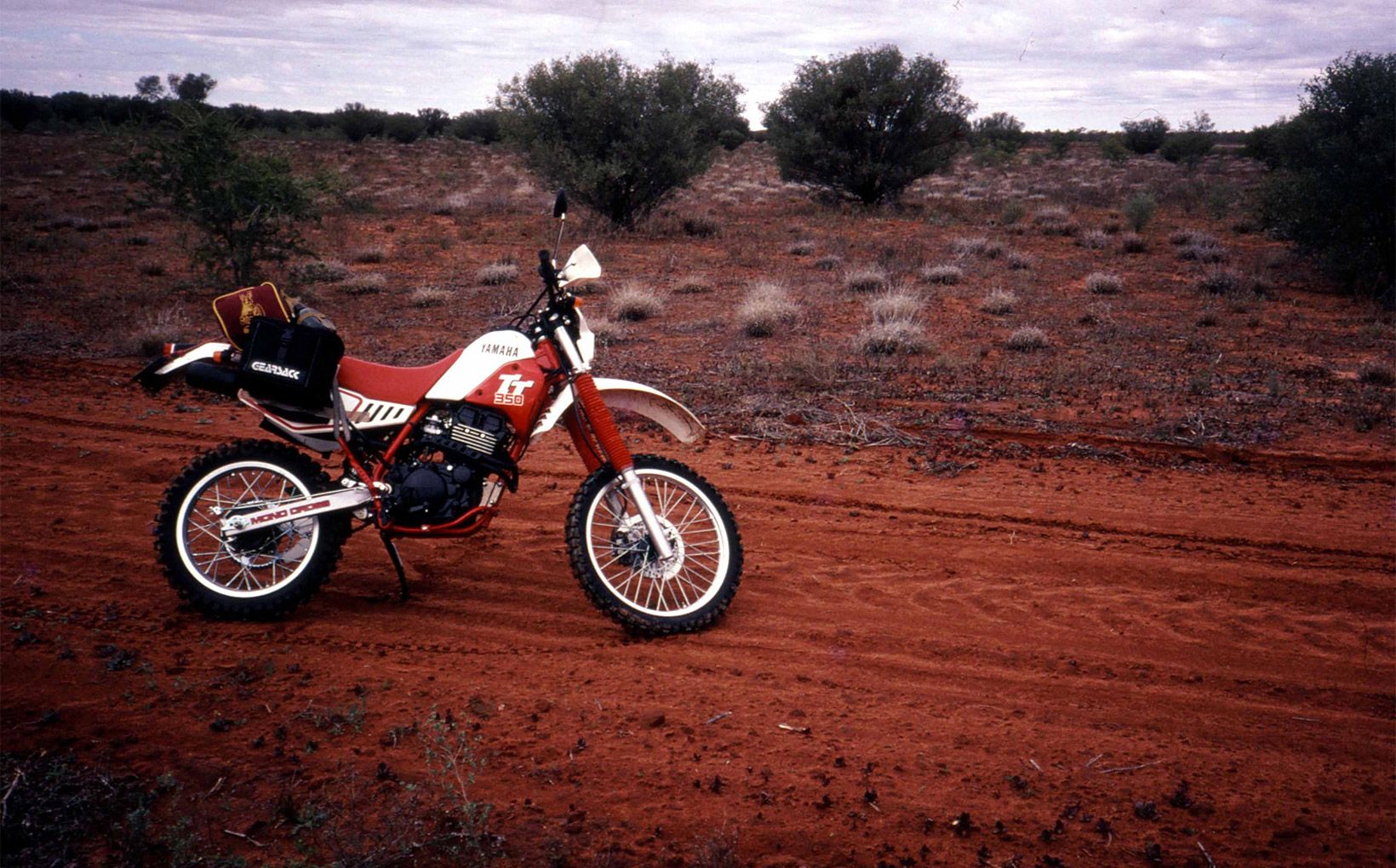 All right, first things first. Yes, it is possible to get to Chambers Pillar on a road bike. Sometimes.

The real problem seems to be that tourist 4WDs chew up the track and make it hard for bikes. I'd definitely advise that you check conditions first in Alice Springs and then again at Maryvale Station. I'd also suggest that you be competent at riding your bike on fairly poor dirt roads. Officially, the route is strictly 4WD. So... Chambers Pillar. What's it all about, and why is it worth visiting? 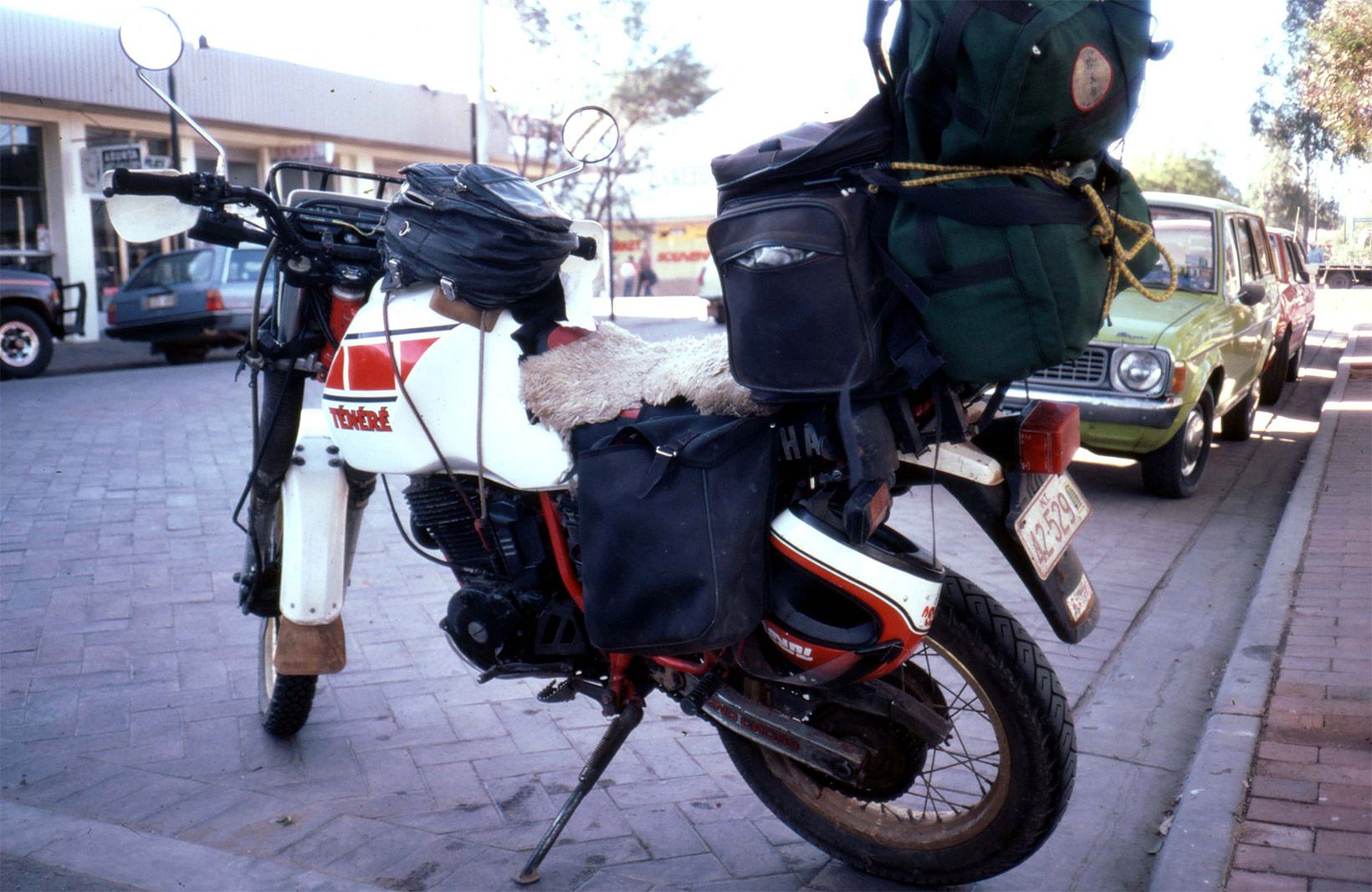 Once upon a time, the pillar - which is precisely that, a pillar of rock which stands almost alone in the open desert - was used as a kind of unlit lighthouse by the camel caravans taking supplies up to Alice Springs and beyond. The rock was named by John McDouall Stuart. Its base has a fascinating collection of graffiti from those days, but please note: if you add your name, the Territory parks administration will hunt you down and fine you. They love the old stuff, but are not at all keen to see it added to!

Today, apart from the historical interest, Chambers Pillar offers a wonderful place to camp and enjoy the quiet of the true Australian Outback. You need to take in all of your supplies, and take out your rubbish. There is a basic campsite over towards the Ruined Castle, the only other rock formation in the area, and that's about it. Perfect. 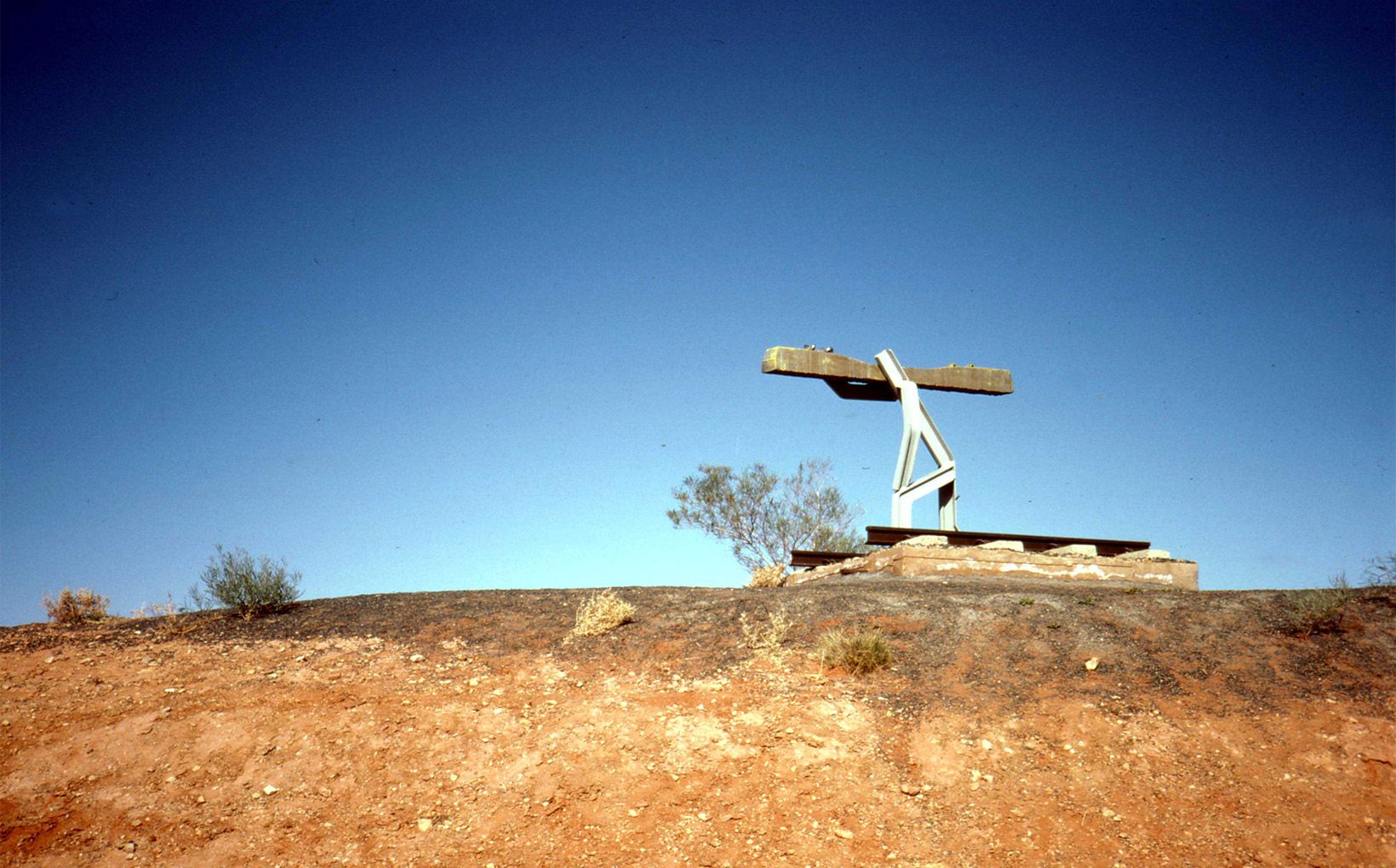 Getting there is not easy, but it is simple. Leave Alice Springs by heading south, and out near the airport pick up the road to Finke. It's also signposted to the Ewaninga Rock Carvings, a worthwhile stop along the way. The track you'll find yourself following is the old Ghan railway, and you can pick up the occasional porcelain insulator from the telegraph line or spike from the railway. These sorts of things make great souvenirs, and I assume you're allowed to collect them as long as you're not in a reserve of some kind.

This is also the route of the famous Finke Desert Race, which you've perhaps seen on TV. It is mostly sand, but I've found it in pretty good condition when I've been there. Just take it easy.

Turn off to the west at Maryvale Station, where there's fuel and a little shop. By the way, never take anything for granted in the Outback; ask in Alice Springs to make sure that the shop and fuel pump are operating! 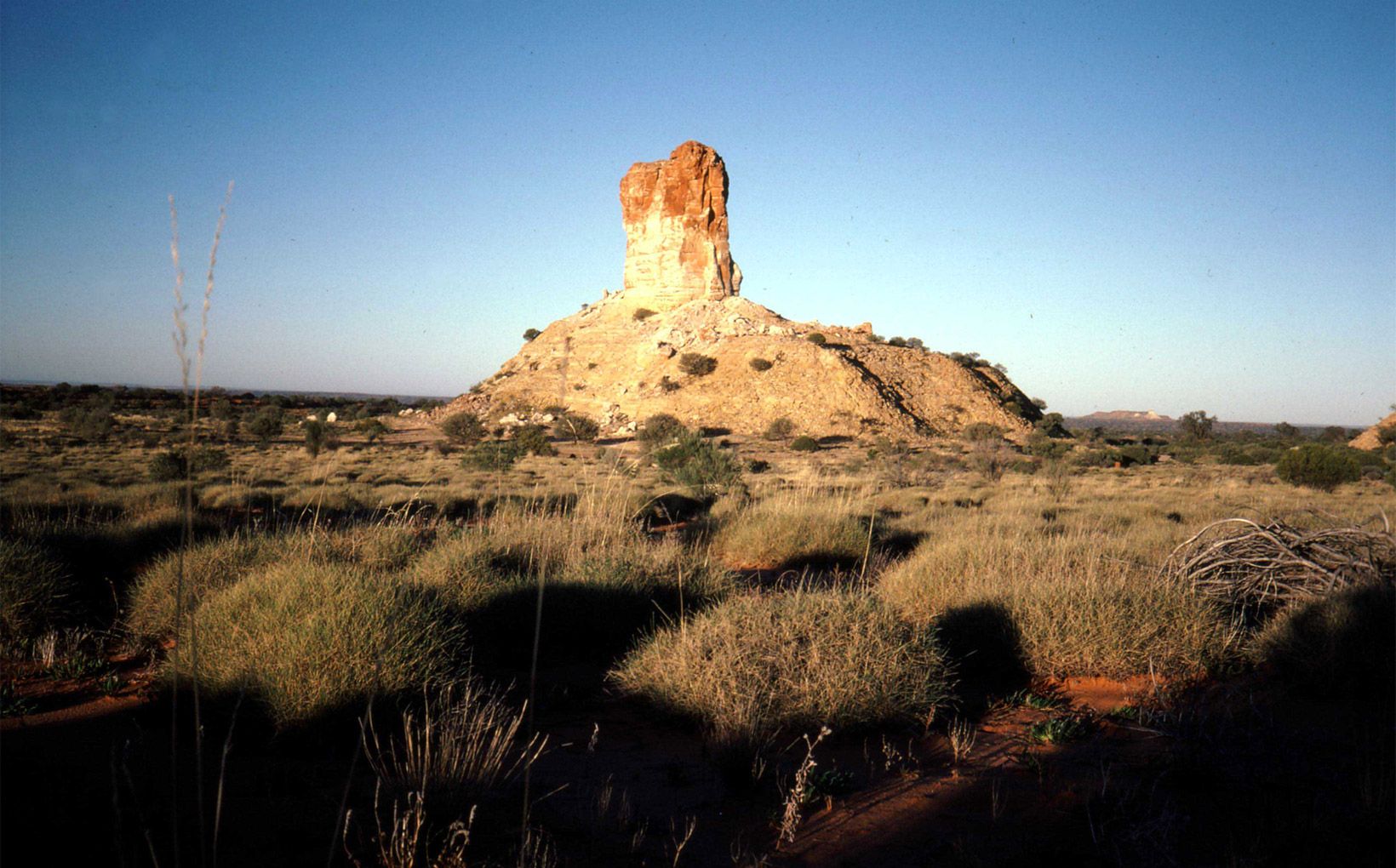 From here the track deteriorates, but apart from a couple of jump-ups it's still manageable - as I noted above, most of the time. When the track is bad I'd advise against tackling it on anything other than a dedicated dirt bike - and one without carrying a big load at that! Chambers Pillar is about 45km away. You will definitely feel a genuine sense of achievement when you get there, and even more so when you get back.

It is easily possible to exceed your riding talent out here, so advise someone in The Alice where you're going and when you expect to get back. Tourist traffic is pretty steady out to the Pillar, but you never know.

Know Before you Go:

It gets very hot out here in summer, so time your visit for another season. The skies will almost certainly be clear whenever you go, but be aware that rain means impassable tracks for a while.

It's about 150km from Alice Springs to Chambers Pillar, and the only fuel is at Maryvale Station. From Finke, to the south, it's more than 180km.

Chambers Pillar lies in an Historical Reserve, but you do not need permission to enter it. You also do not need an Aboriginal Land Permit, because you won't be passing through any restricted land.

Carry plenty of water, even in the cooler seasons.

The Northern Territory's official tourist website is found at: www.travelnt.com