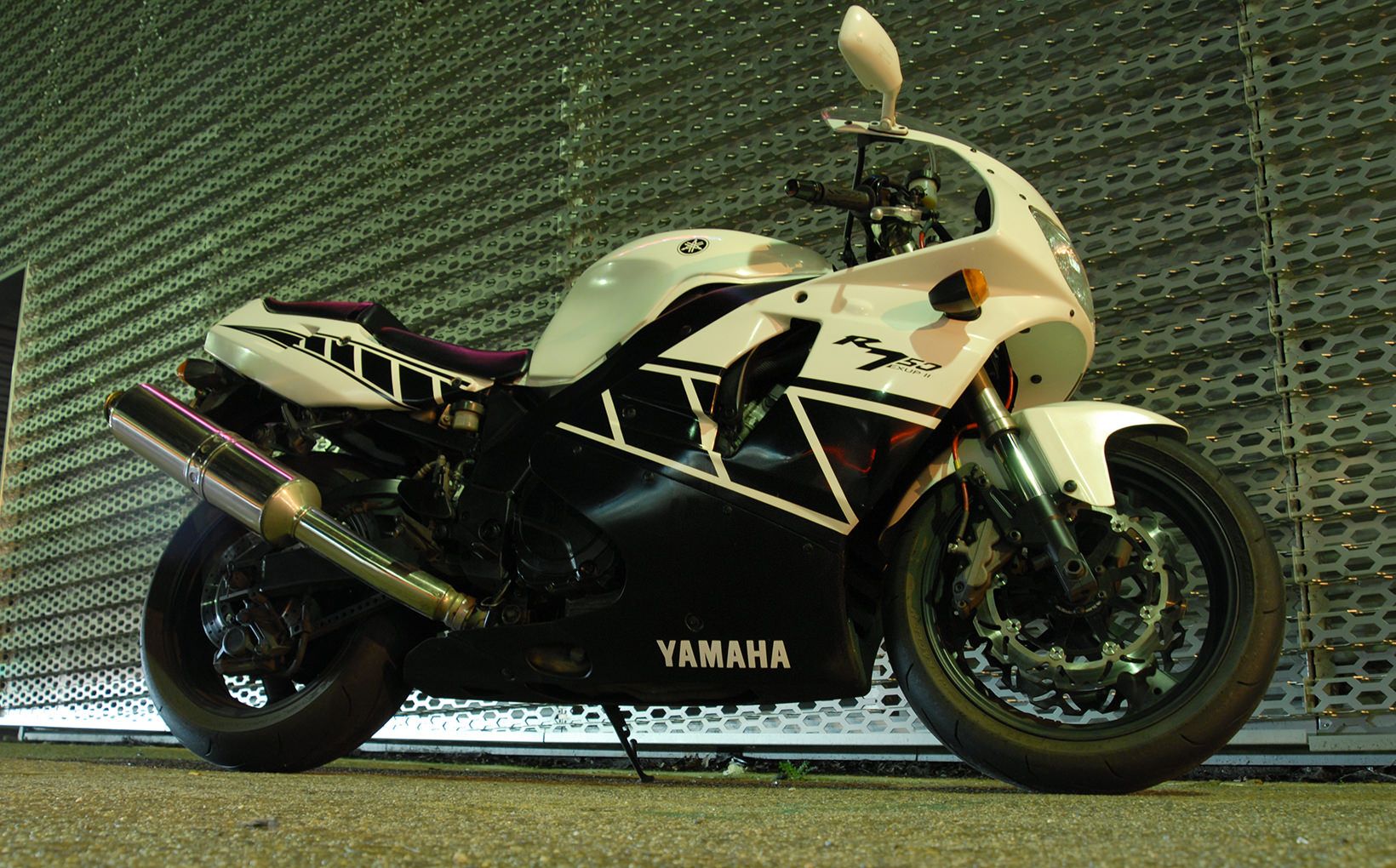 A mate of mine by the name of Peter Pap bought a tidy YZF750R a while back. Since then, it has been transformed into a retro superbike. It almost didn't happen though, as Pappy wanted to sell it. 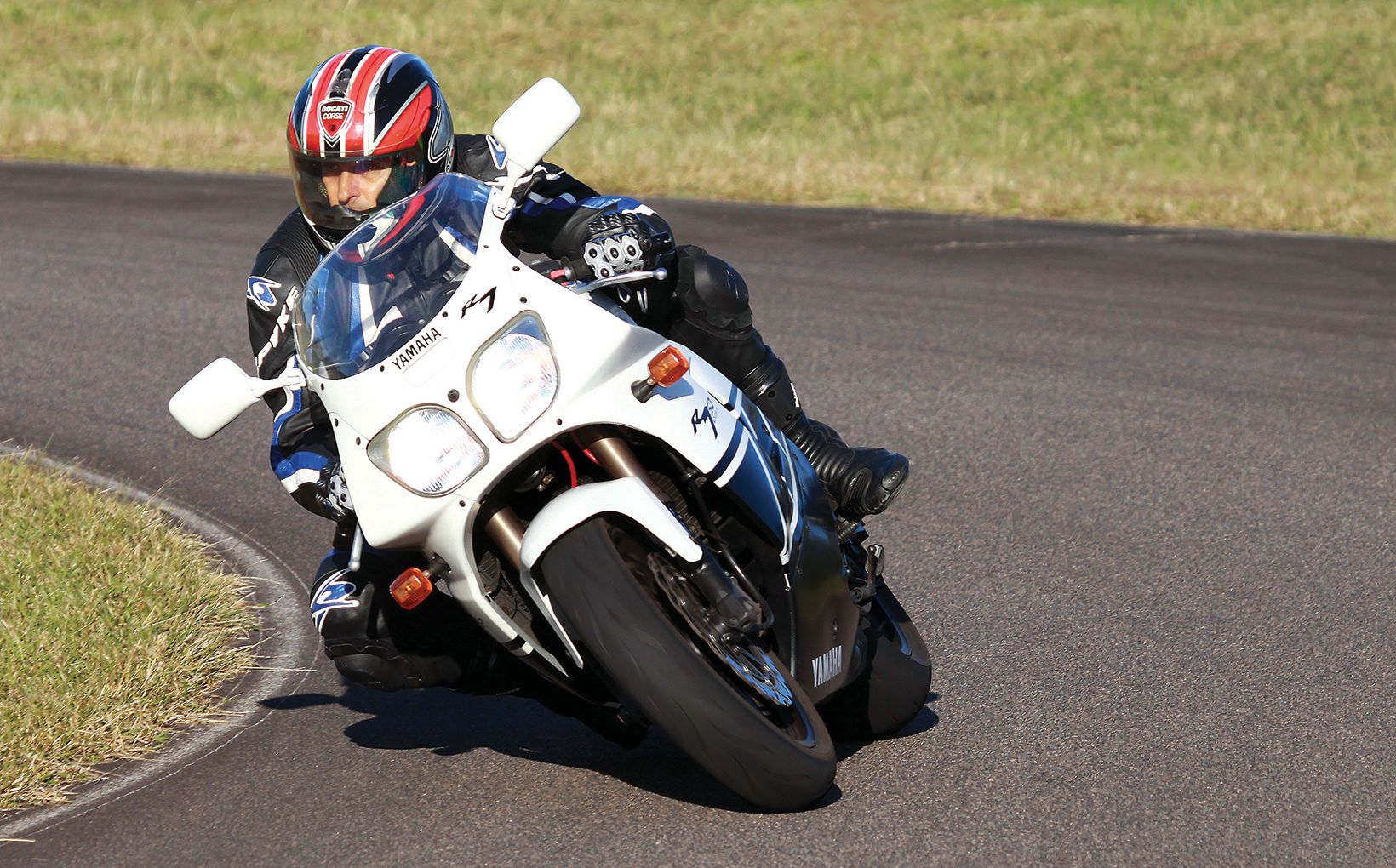 Pappy in full flight on the YZF750 at The Farm, now 70North. The bike was certainly ridden hard.

Pappy was happy with the bike but couldn't live with the graphics. Not wanting to ruin a classic he decided to sell it and buy an MT-01. He placed it on eBay and there were no takers even after three tries, which made him realise it wasn't so collectible after all. So, it then became a keeper but not before he changed the graphics and upgraded the brakes. The rest of the bike was to be kept as stock as possible. 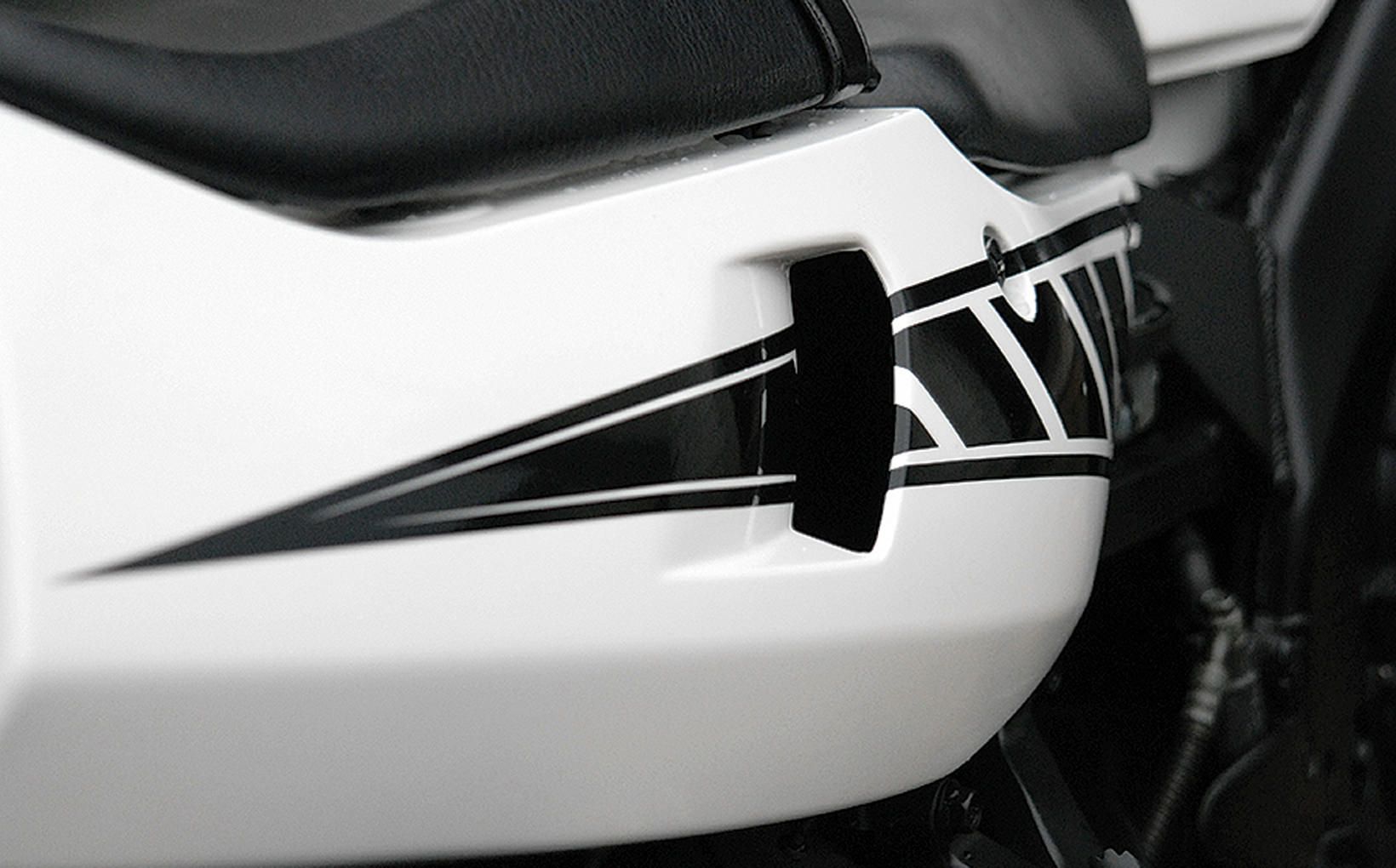 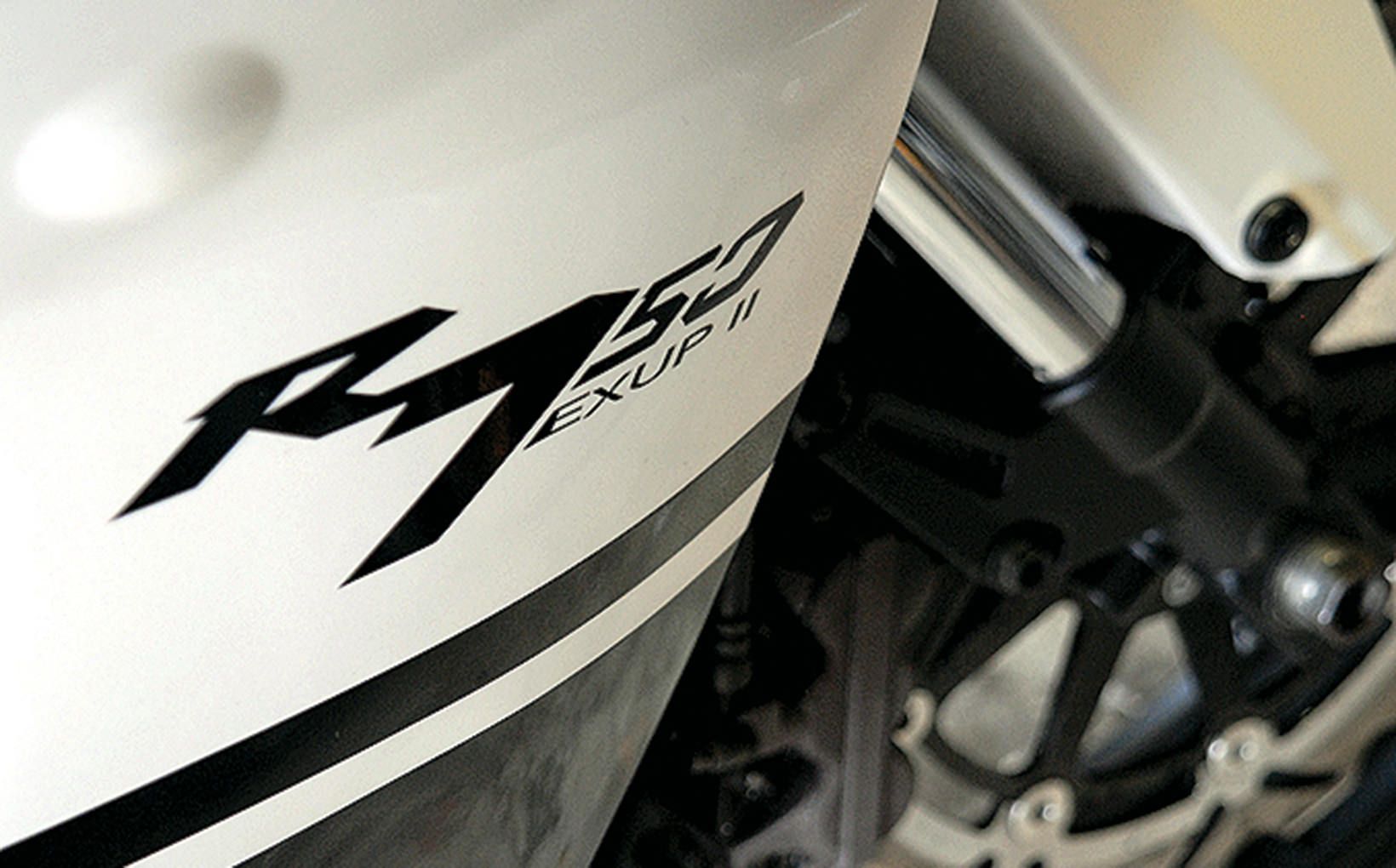 The plan was to do it on the cheap as it would eventually be his track bike and there's a good chance it would go down the road one day. Another reason is that it’s a daily ride and not a show bike, so it only has to look good from a distance. 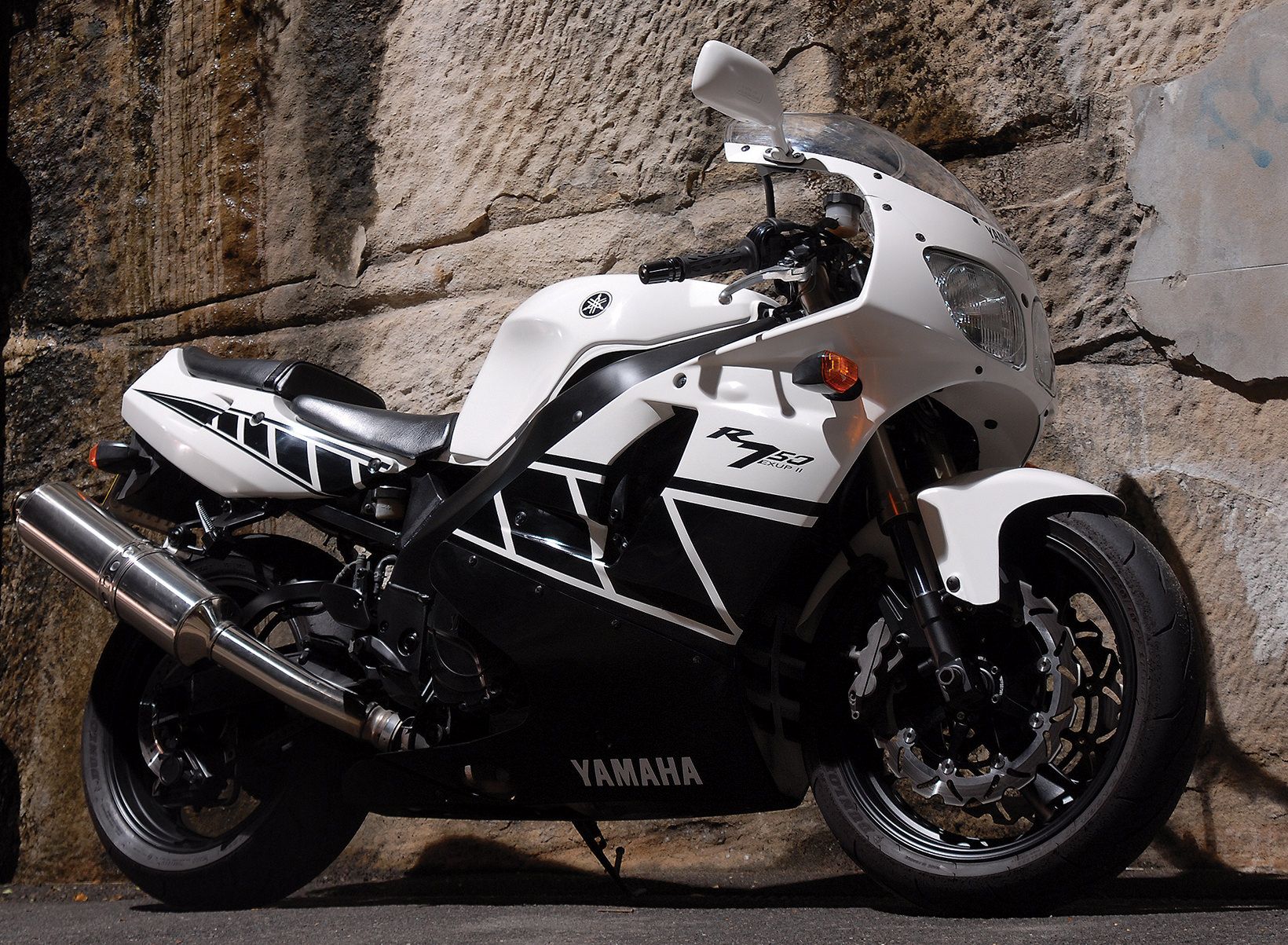 Pappy wanted an old-style, classic Yamaha racing design so he set about designing a similar theme and some stickers, which he did in Photoshop. He then measured the fairings to get the right sizes and drew the stickers in Illustrator and had them vinyl cut in UV black gloss by a mate. Pappy decided to use acrylic paints doing the whole frame and wheels in matt black for a more modern look and white for the bodywork with gloss black for the bellypan. 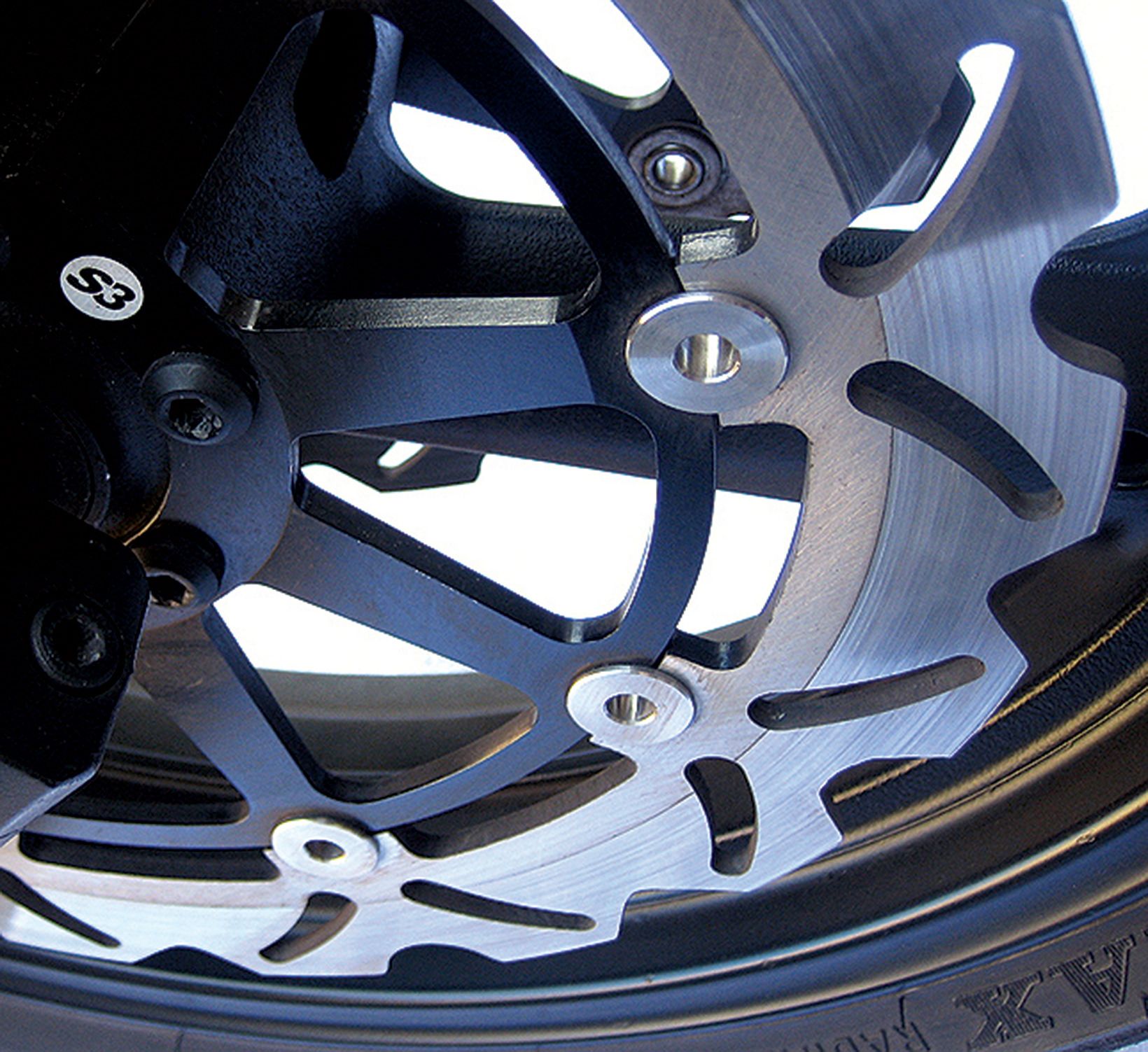 The hardest part of the job was getting the old stickers off. Once that was done the panels were all rubbed back, etch primed and painted in a creamy white. All of this with spray cans! They actually worked very well, and the panels were then hit with a few coats of gloss, sanding between every two coats. 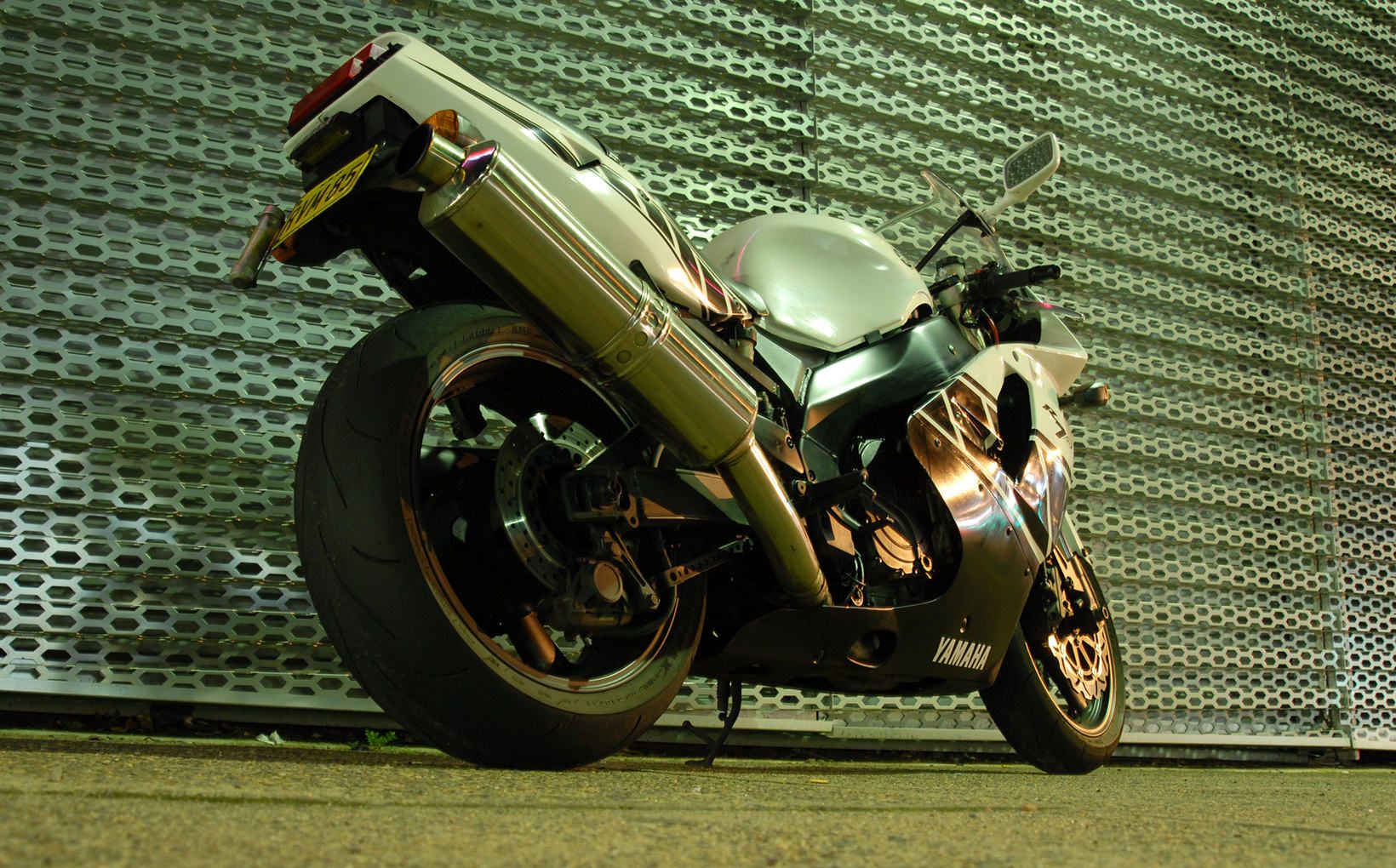 The bike was completely stripped down to the frame and engine, all visible parts down to the nuts and bolts were removed, sanded back, carefully masked, etch primed and sprayed with matt black. The end result was better than he had hoped for and cost under $200!

On it's first track day at SMSP the front discs warped – a common YZF problem. Pappy looked at OEM replacements, but the price was horrific. Same story with a seal kit for the calipers. He found a set of S3 Performance discs for a quarter of the price and also threw on a set of HEL Performance braided lines. It fixed the problem. 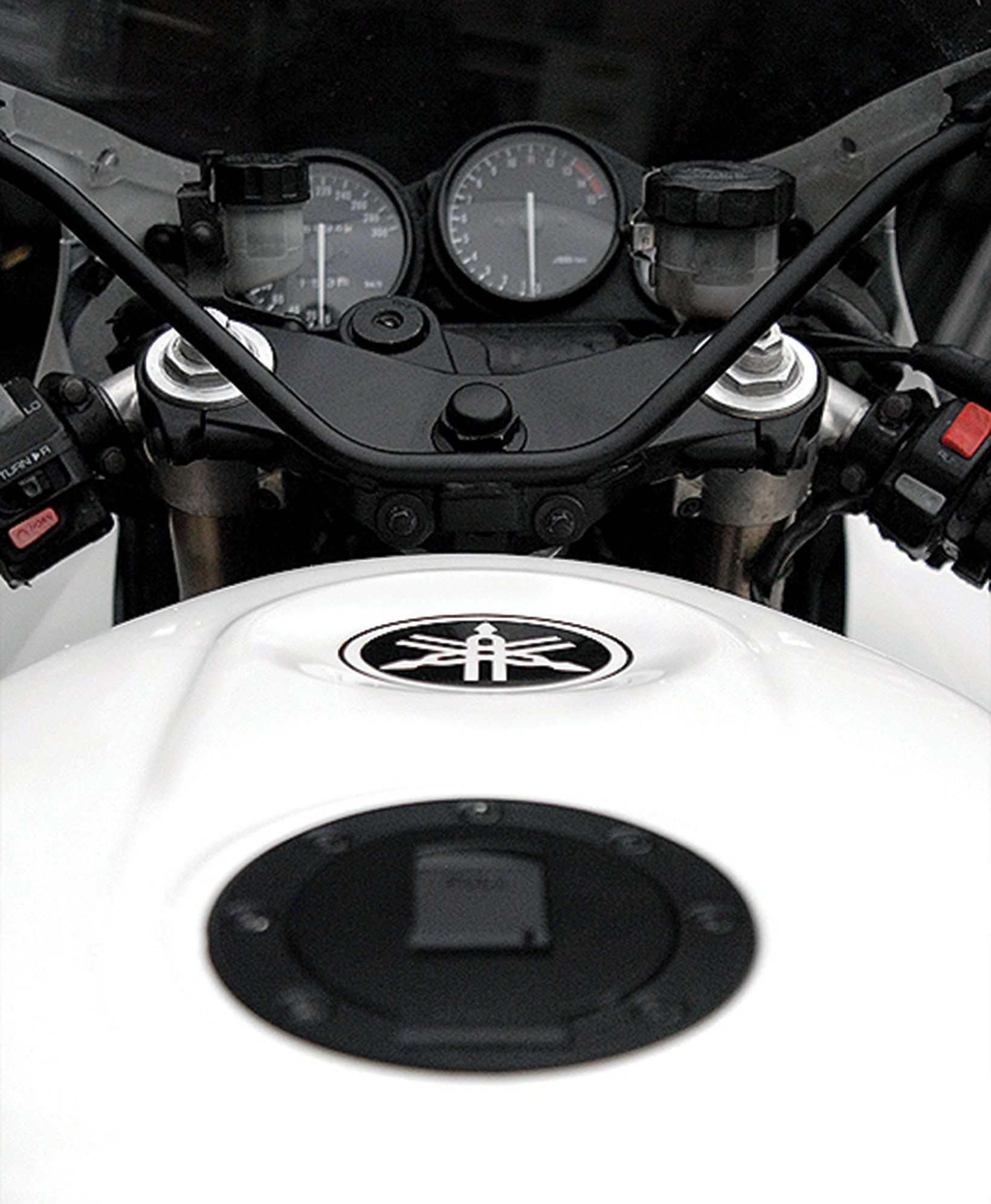 White tank with a black cockpit.

The bike was fantastic to commute on and the fuelling so crisp, which is very important especially on those rainy days. It made fantastic torque for a 750, like modern litre sportsbikes and the suspension was faultless and the motor never overheated. Pappy rode at SMSP, 70North and Marulan for track days where it was fantastic. 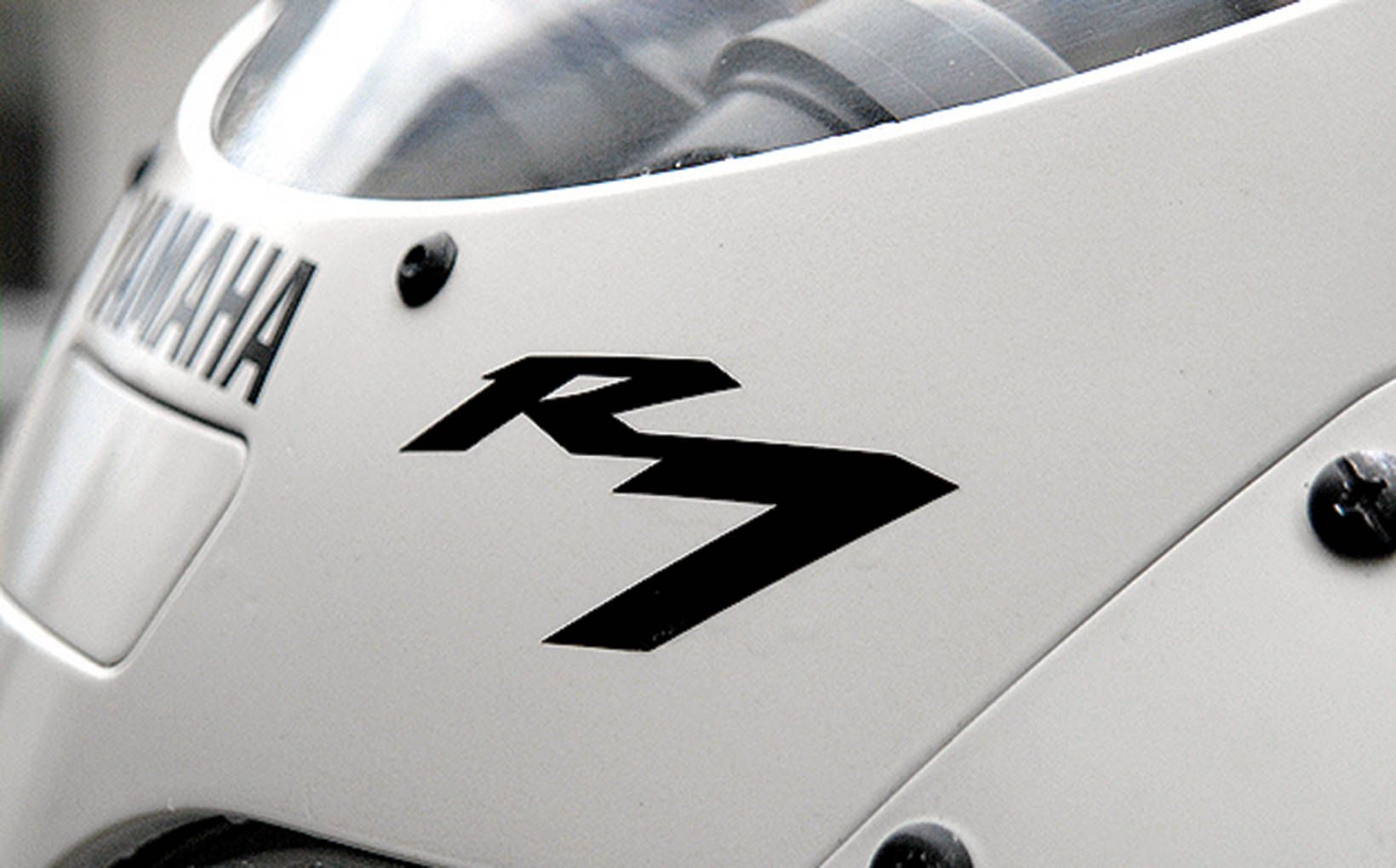 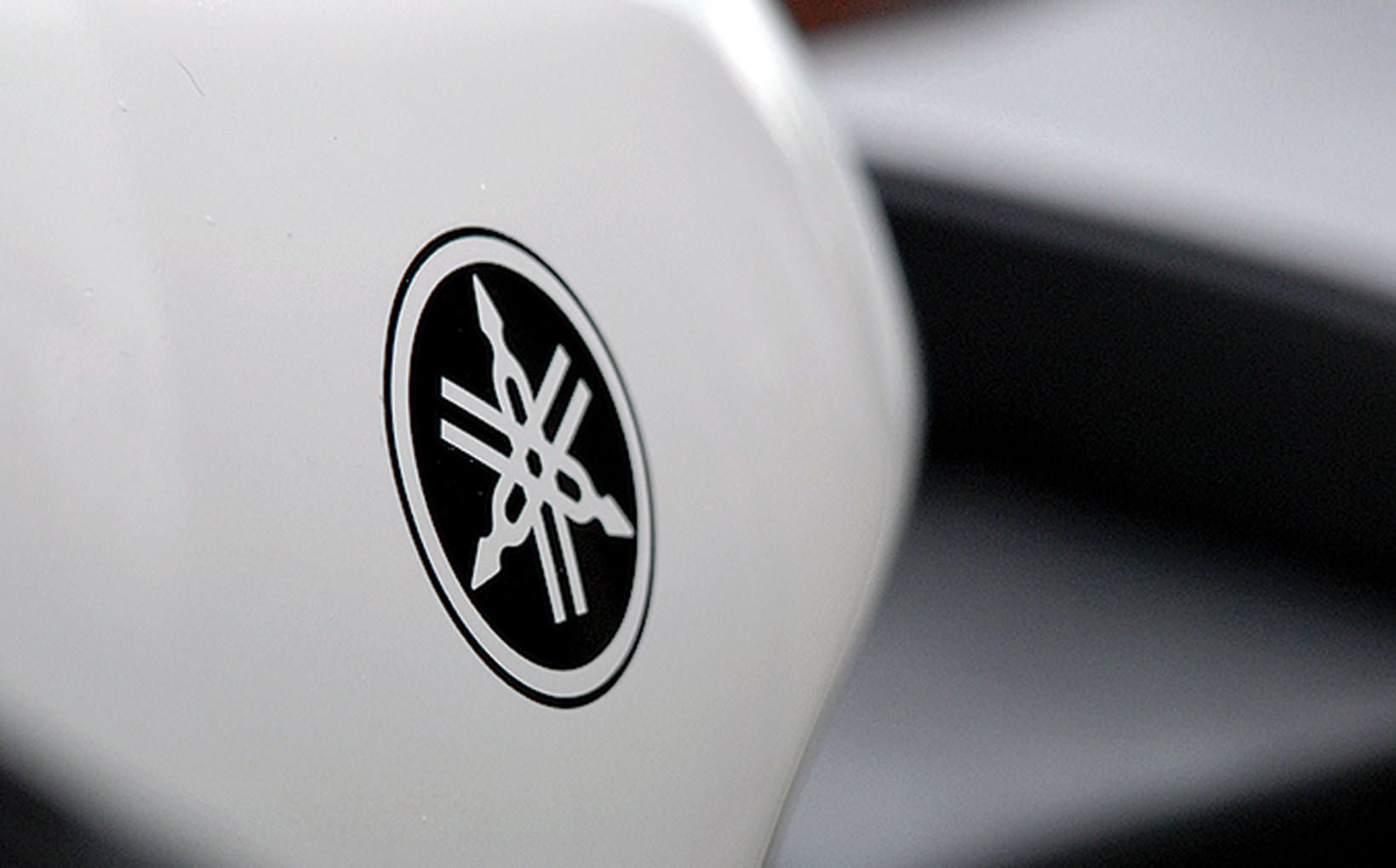 He initially bought the bike from for $2800 and it only owed him about $4000 plus rego when he was taken out on it. It had 42,000km on it then and had just clocked 50,000km and it had been super-reliable. It was ridden everyday no matter how bad the weather. 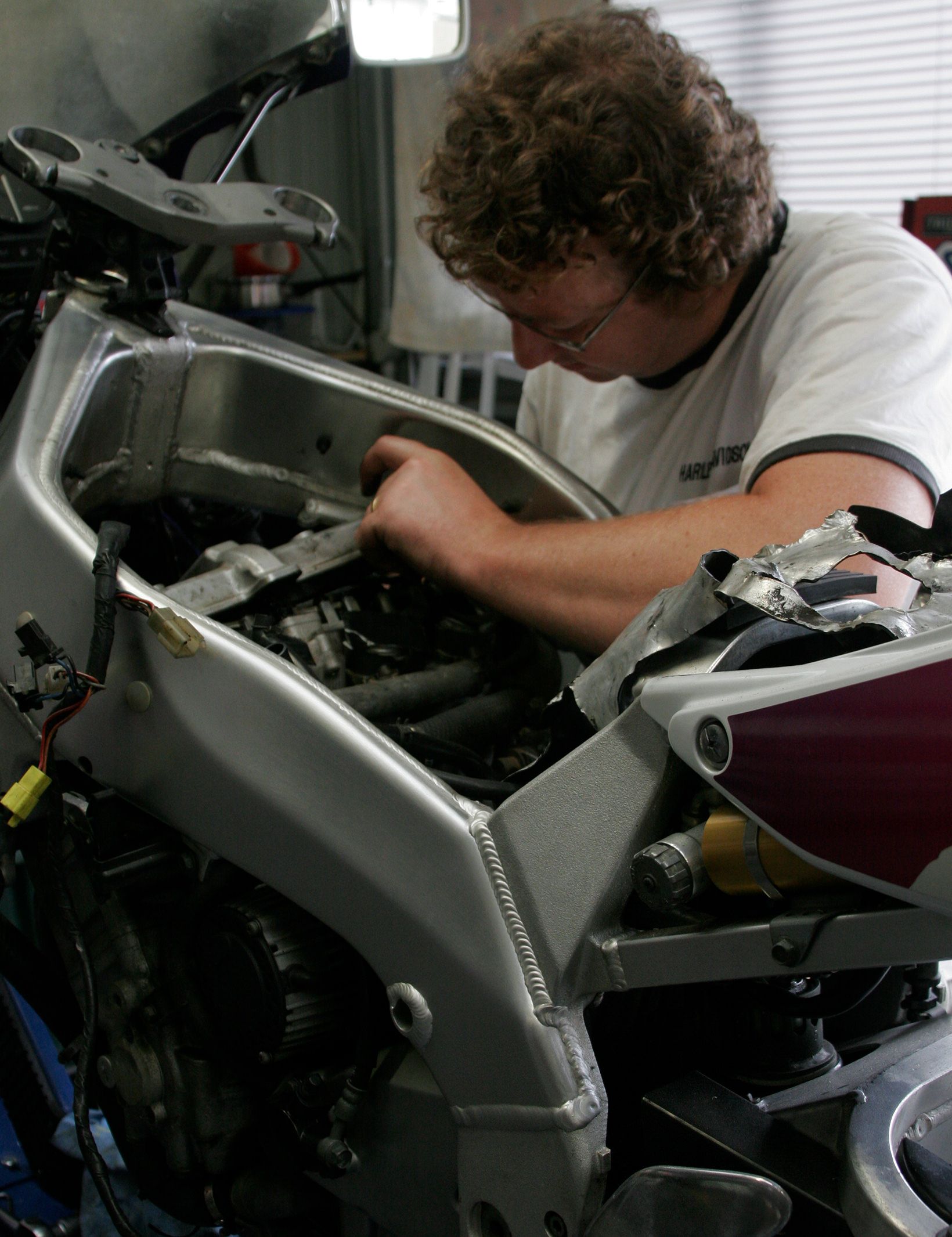 The valve clearances were one of the bigger jobs, being a 20-valver. 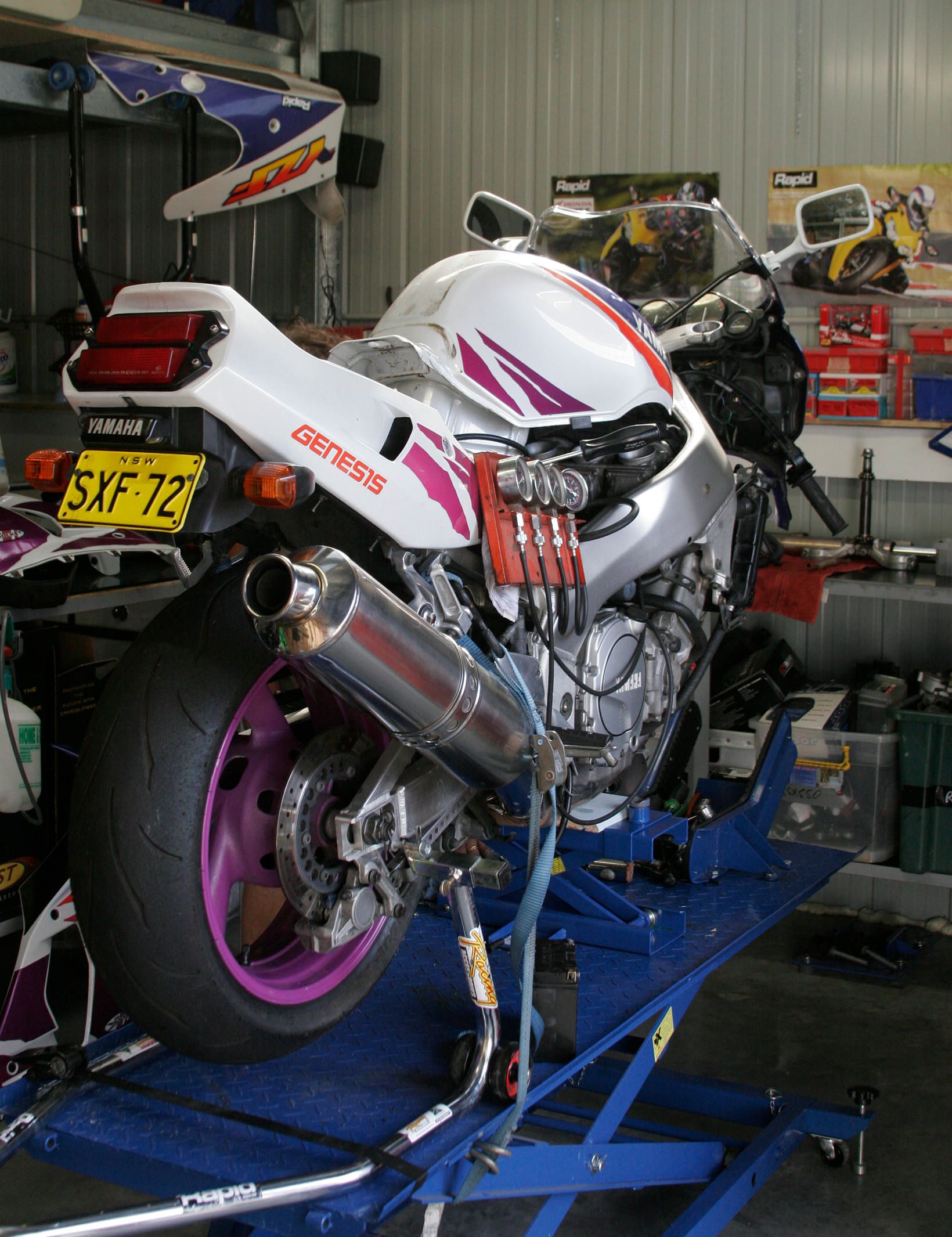 Jeff balanced the carburettors after cleaning them out.

After purchase, the YZF was towed to my place (Jeff) where me and Pappy got to work. It was stripped to the frame and motor. A set of second-hand Dunlops went on and so did an original OEM screen and rear decals (which were missing). The bike had mini indicators and high-rise bars but came with the originals, so they were re-fitted to keep the immaculate bike stock. I gave the YZF a full service including valve clearances, spark plugs, oil and filter and fitted a new camchain tensioner. I also stripped the carbs and fully serviced and balanced them. 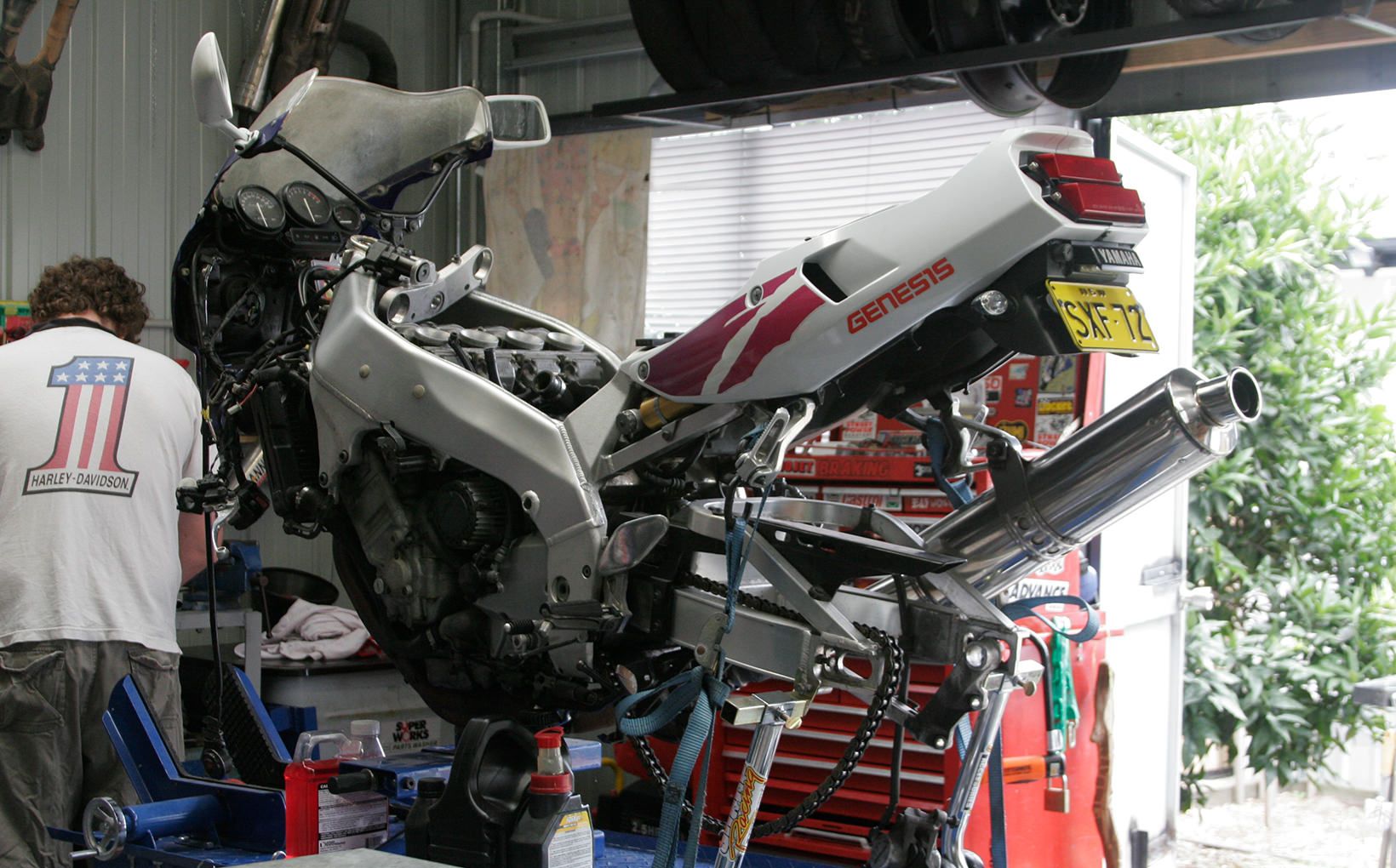 Jeff did a full service and tune plus a lot of extra checks.

Next I cleaned the K&N airfilter already fitted to the bike and replaced the steering-head bearings, fork seals and the battery. All bearings, pivot points and cables were lubed and adjusted and the brake and clutch fluid was replaced along with the rear brake pads. The rear shock was in excellent condition and the suspension left on standard settings. The chain and sprockets were fairly new so the chain was cleaned, lubed and adjusted, and a new set of grips went on, too. 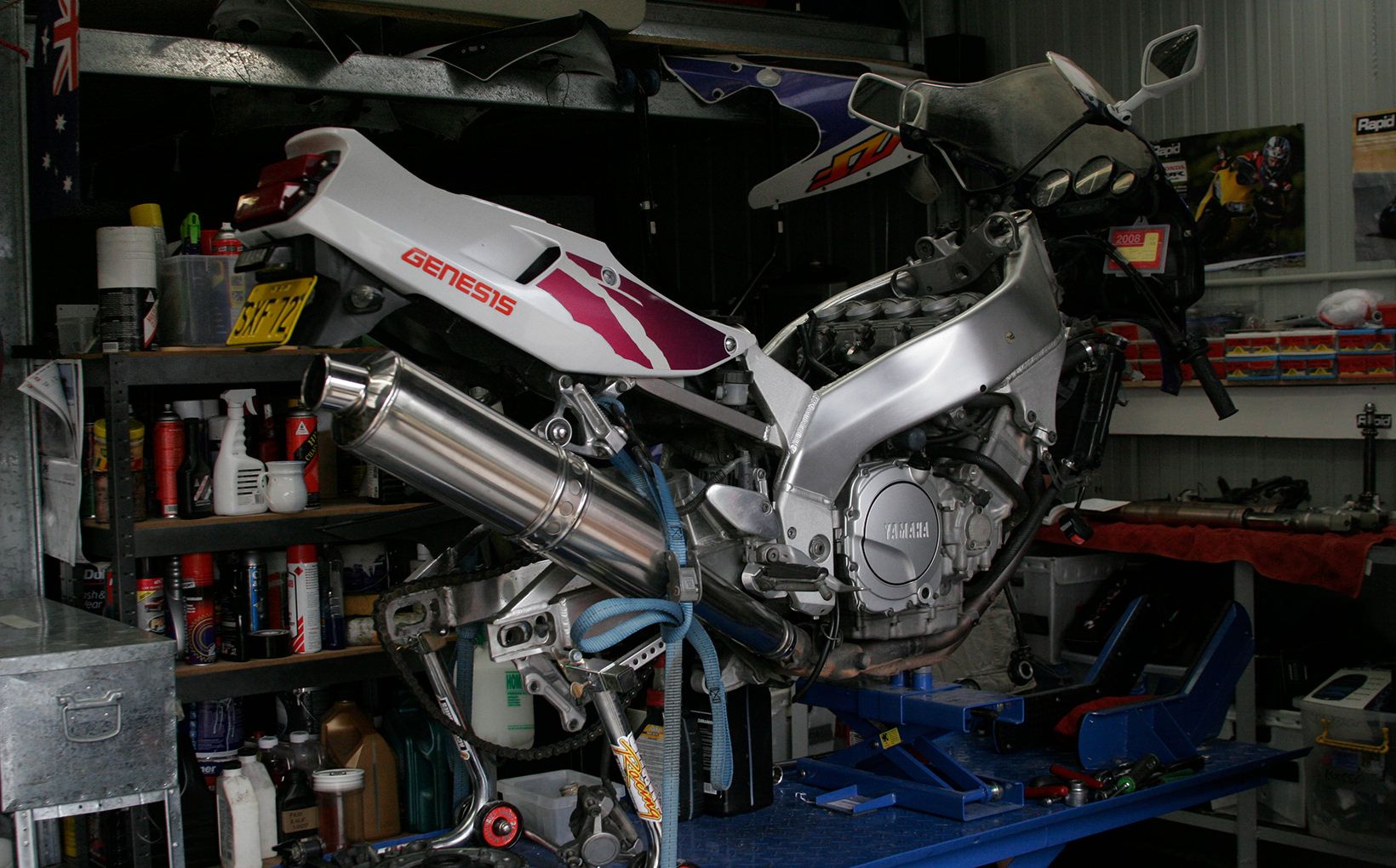 Upon buying the YZF, Pete took the bike straight to Jeff’s place to start the work.

Pappy planned to keep riding this bike until he bought an MT-01 and then this YZF would live out its retirement as a track bike. Unfortunately, an idiot in a car turned right in front of Pappy and smashed the bike!

Next week we look at the YZF750R Buyer’s Guide.