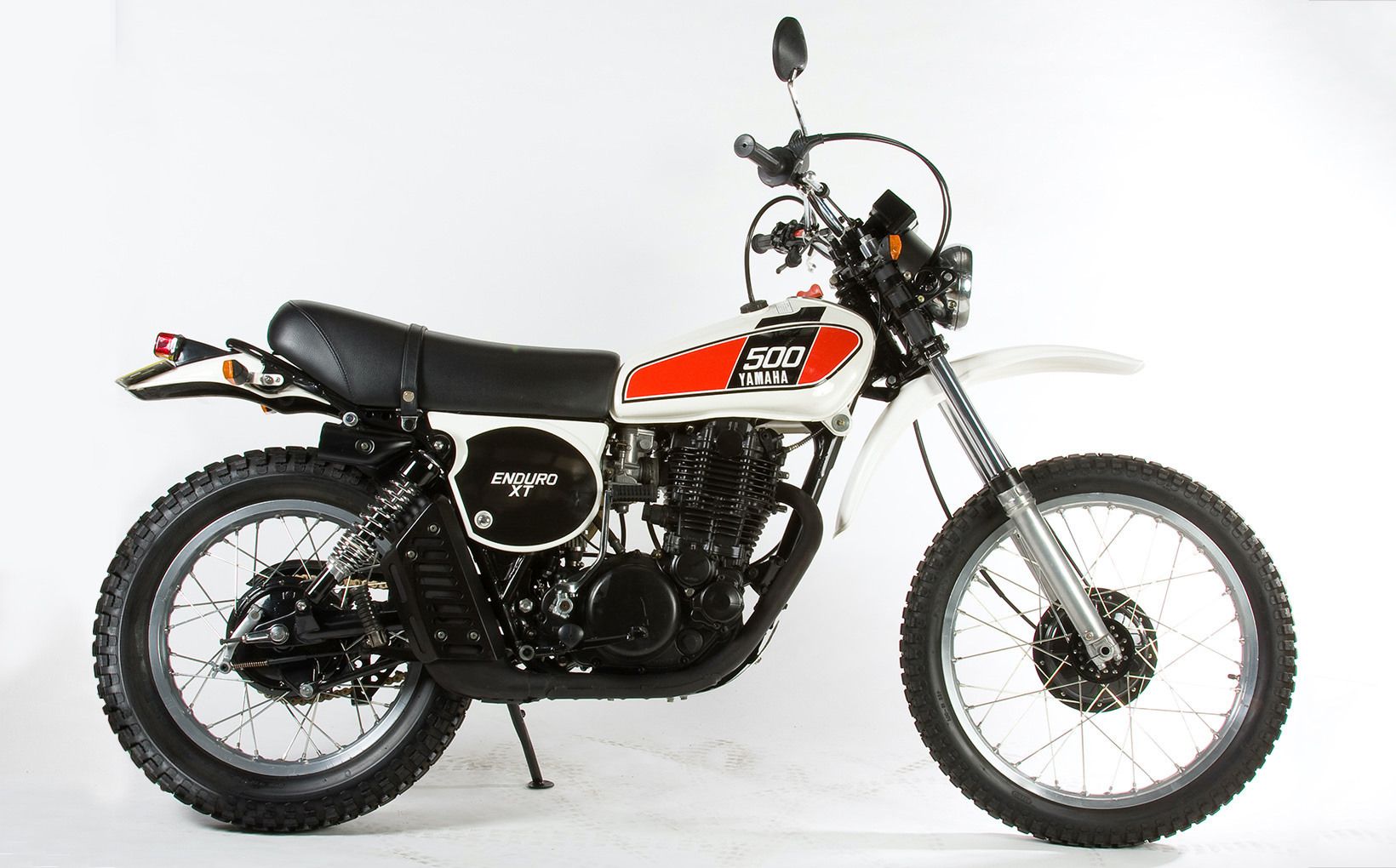 During the ’50s, Britain turned out some impressive one-lung thumpers. Then in the ’70s, when all those bikes were but a distant memory, the inscrutable Japanese had a go. Yamaha’s first offering designed by Shiro Nakamura, also responsible for the XS400, 750 and 1100, is one of the best. A single-cylinder four-stroke of 499cc, this model became the pioneer of the big single off-road genre. 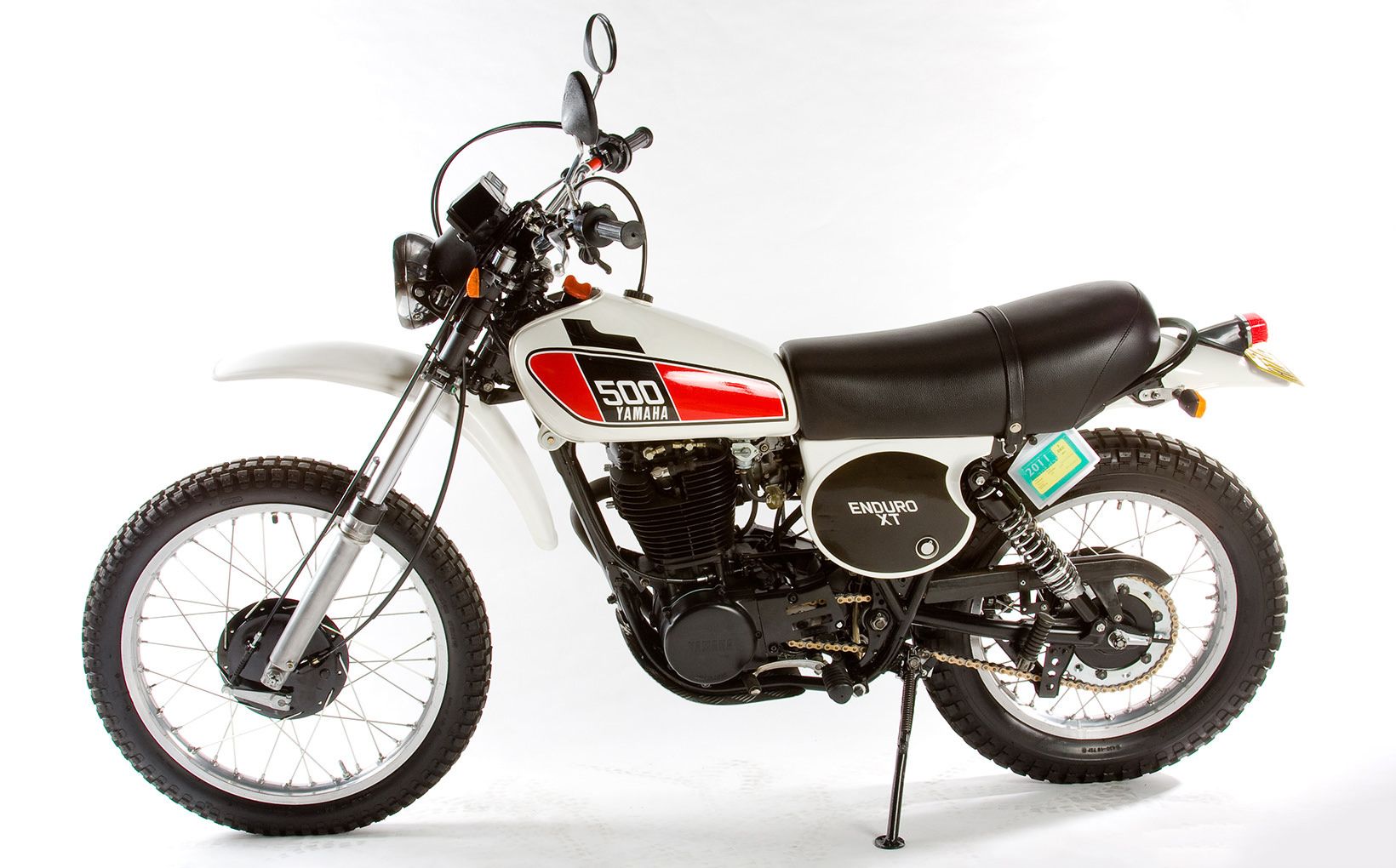 The XT500 was King of the singles when the Japanese decided to build endure bikes.

The XT500 first saw the light of day in 1975 – launched at a dealer’s exposition in the US to rave reviews and was released as a road going version of the excellent TT500.

It was the focus of attention also for the bold adoption for the first time ever of a forward inclining upside-down rear suspension on a trail model… Somewhat surprisingly, it wasn’t to be globally released until the following year. 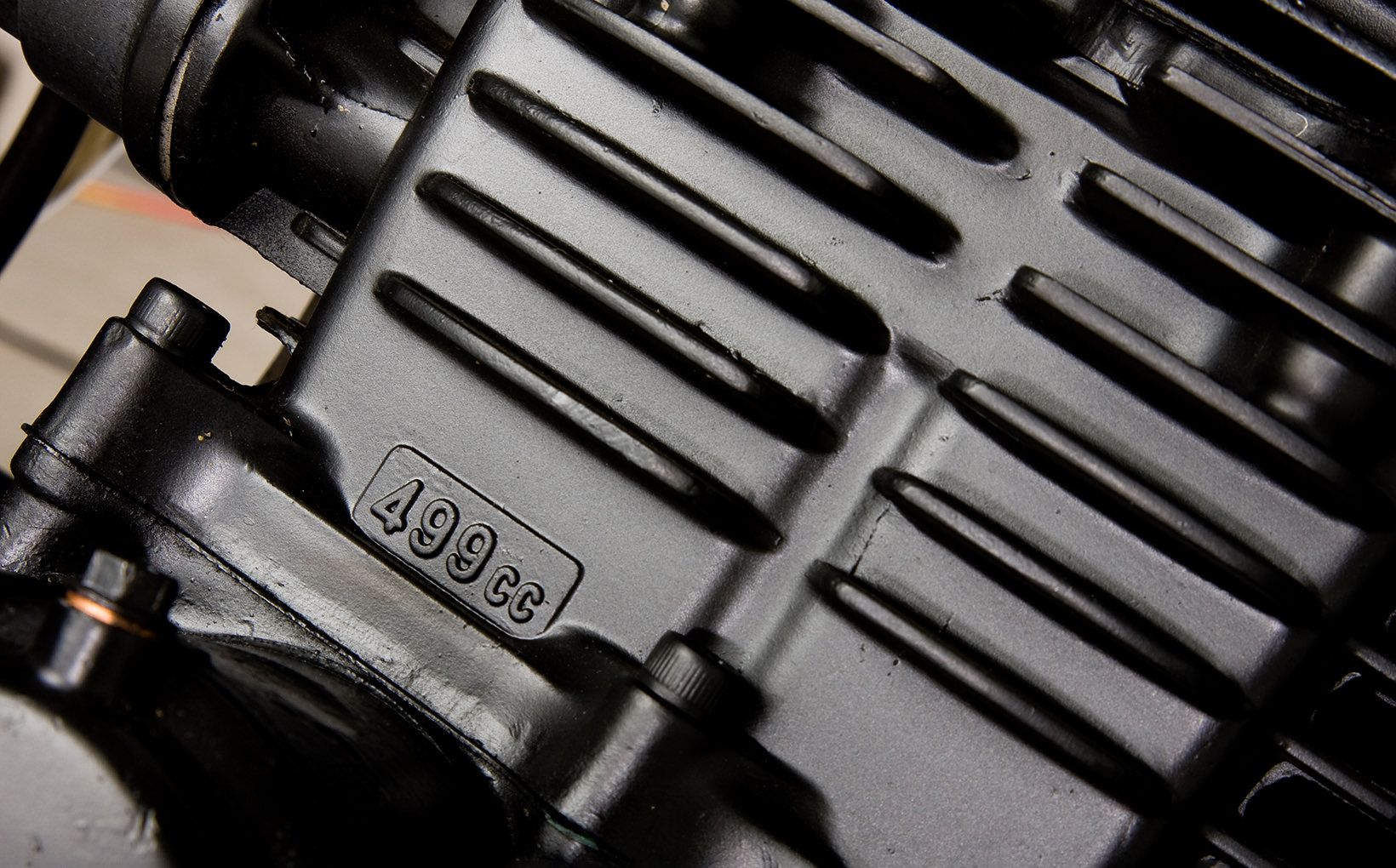 The SOHC 500 has been used in many models including the famous SR.

The summer of 1976 saw the bike compete in the Paris-Adidjan-Nice rally, also known as the CoteD’Ivorie-Cote D’Azur rally. Four XTs finished the event almost bog standard apart from a 25L fuel tank, a luggage rack for tools and two 5L fuel cans.

Later it truly made its mark in competition when Sonauto Yamaha team’s Cyril Neveu won the motorcycle division of the first Paris Dakar Rally in 1979. 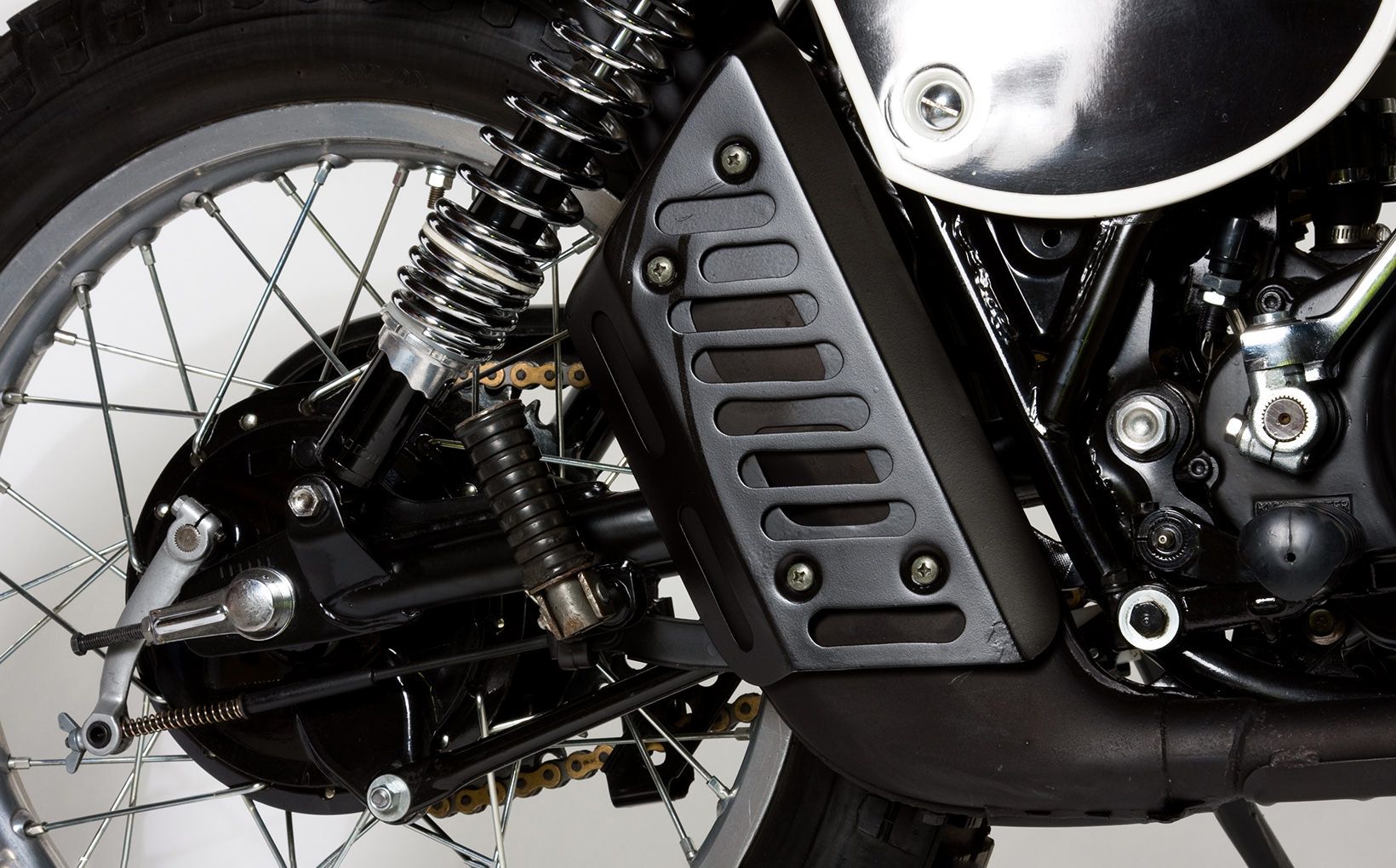 This is the type of bike you would see on the entrance to a big outback farm and, believe me, it’s as at home there as it is on the street. Tough doesn’t begin to describe it and although you could possibly go motocrossing on it, it’s generally a bit on the heavy side but as an Enduro bike, it’s an excellent choice. 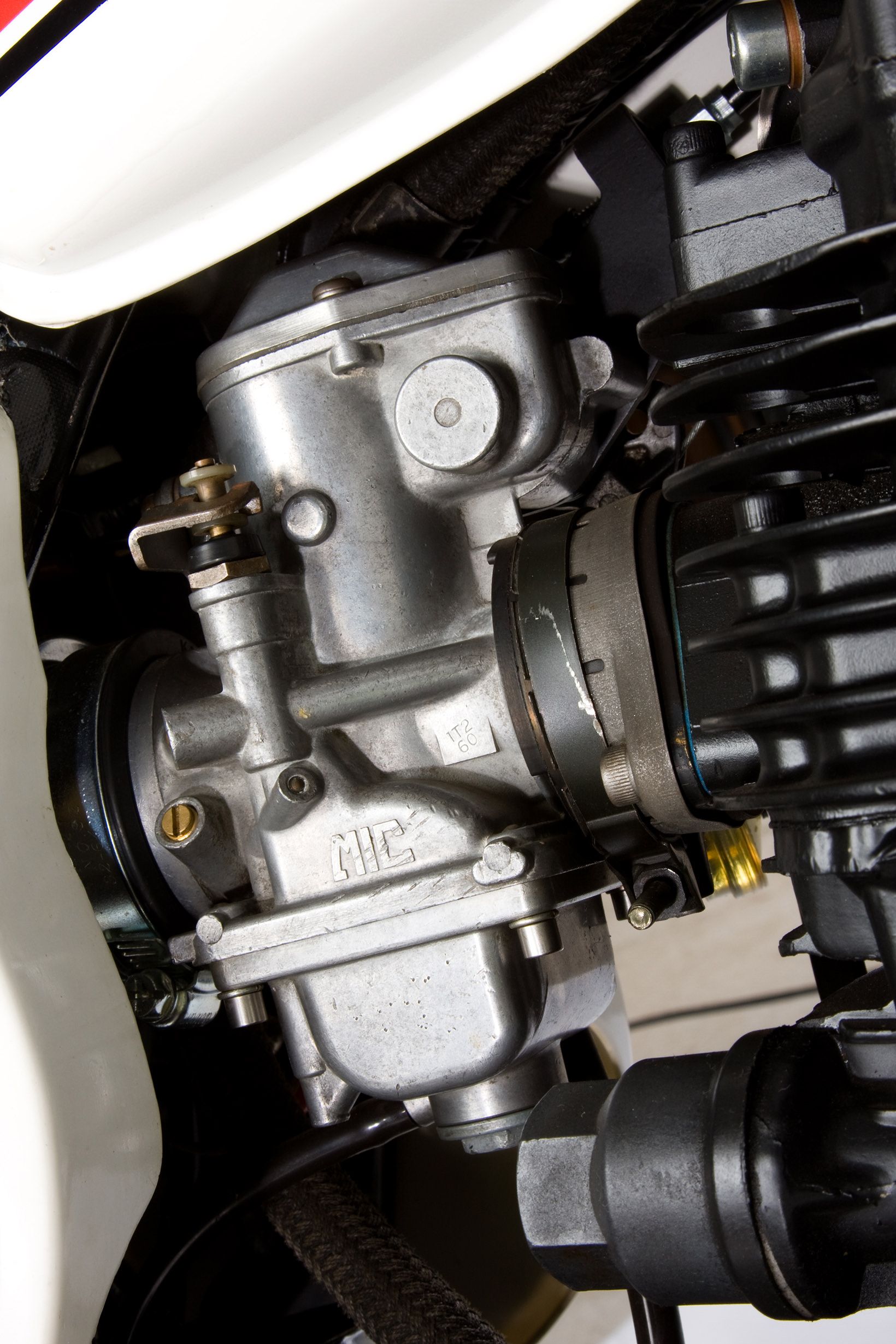 Production continued right up until 1990 and a testament to the longevity of the design is the fact that its road going smaller brother, the SR400, was still produced until 2008. 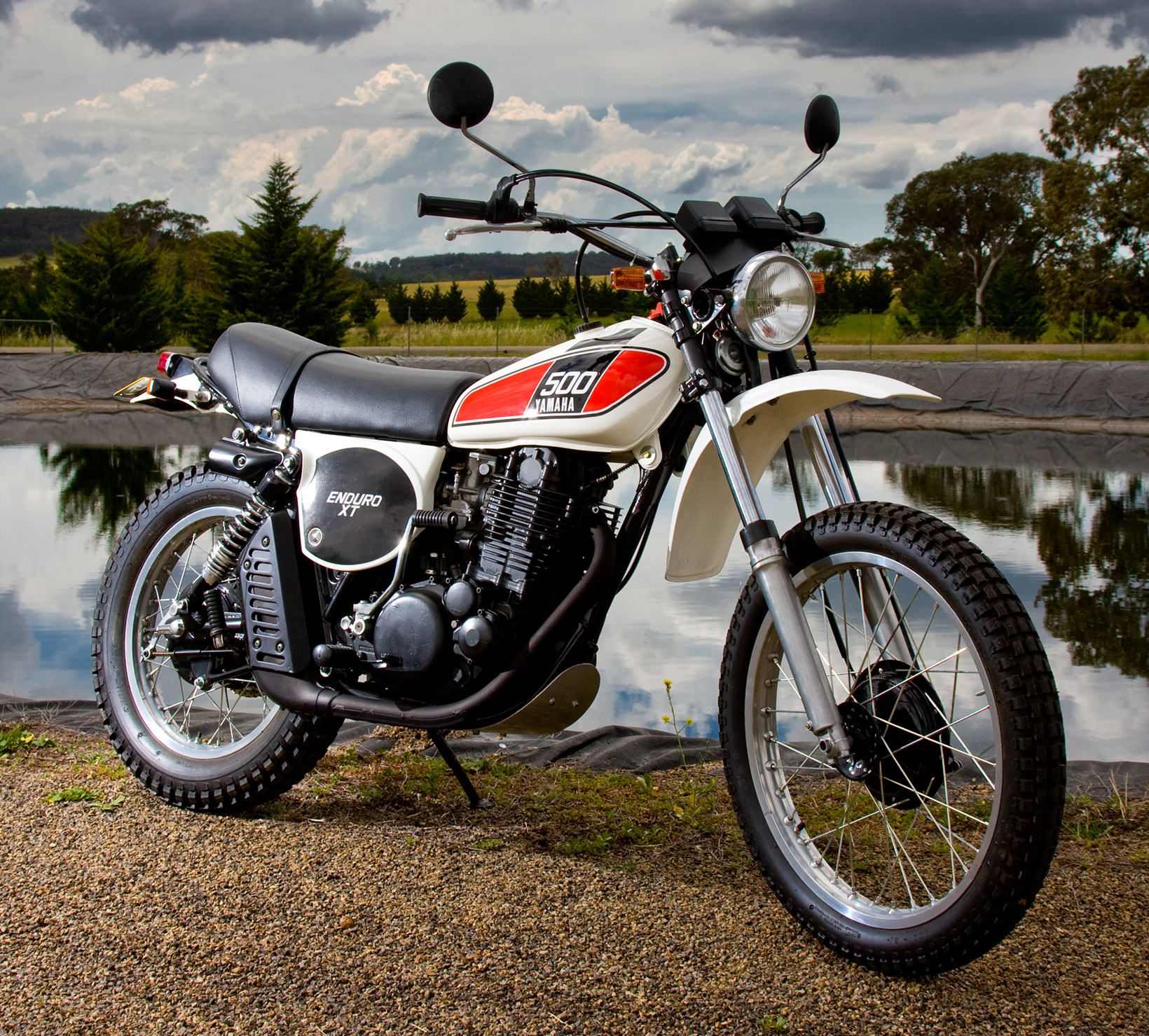 What a stunning result. Never to be ridden again!

Darryl Saunders has lusted over Yamaha’s big singles since their introduction. He got the bug like most of us as soon as he could ride a bike.

When he first locked eyes with a new XT in his local bike shop in Goulburn the price was $1426 new. 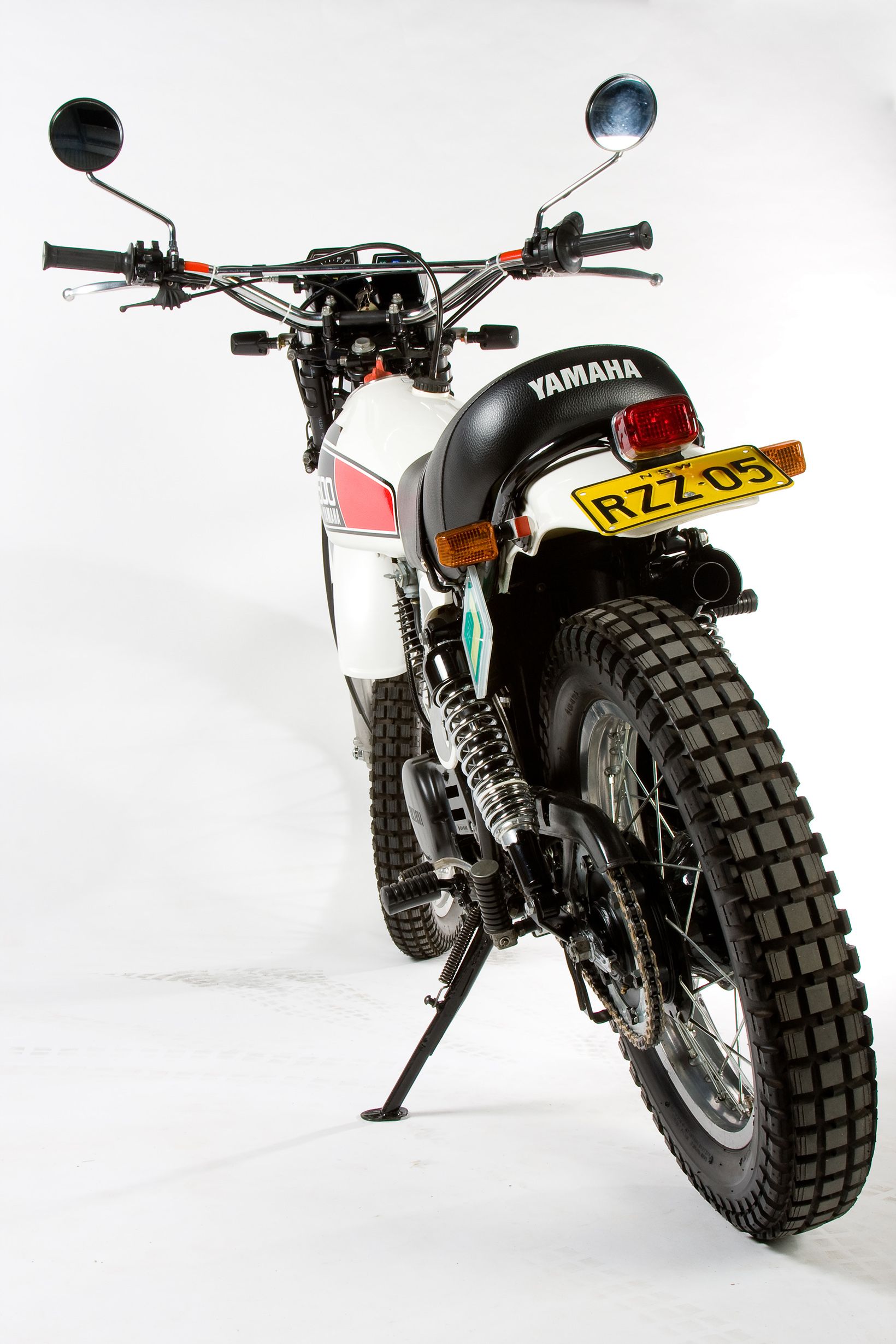 The XT was good for anything from road touring and commuting to desert racing.

A couple of TT500s have passed through his hands, which is the more dirt-focussed version of this bike, so I guess that confirmed his addiction.

Then this 77(D) model XT came into his possession in 1992 and although it was rough, he fixed it up, painted it and in a good old Aussie style immediately assigned it to bush bashing duties. 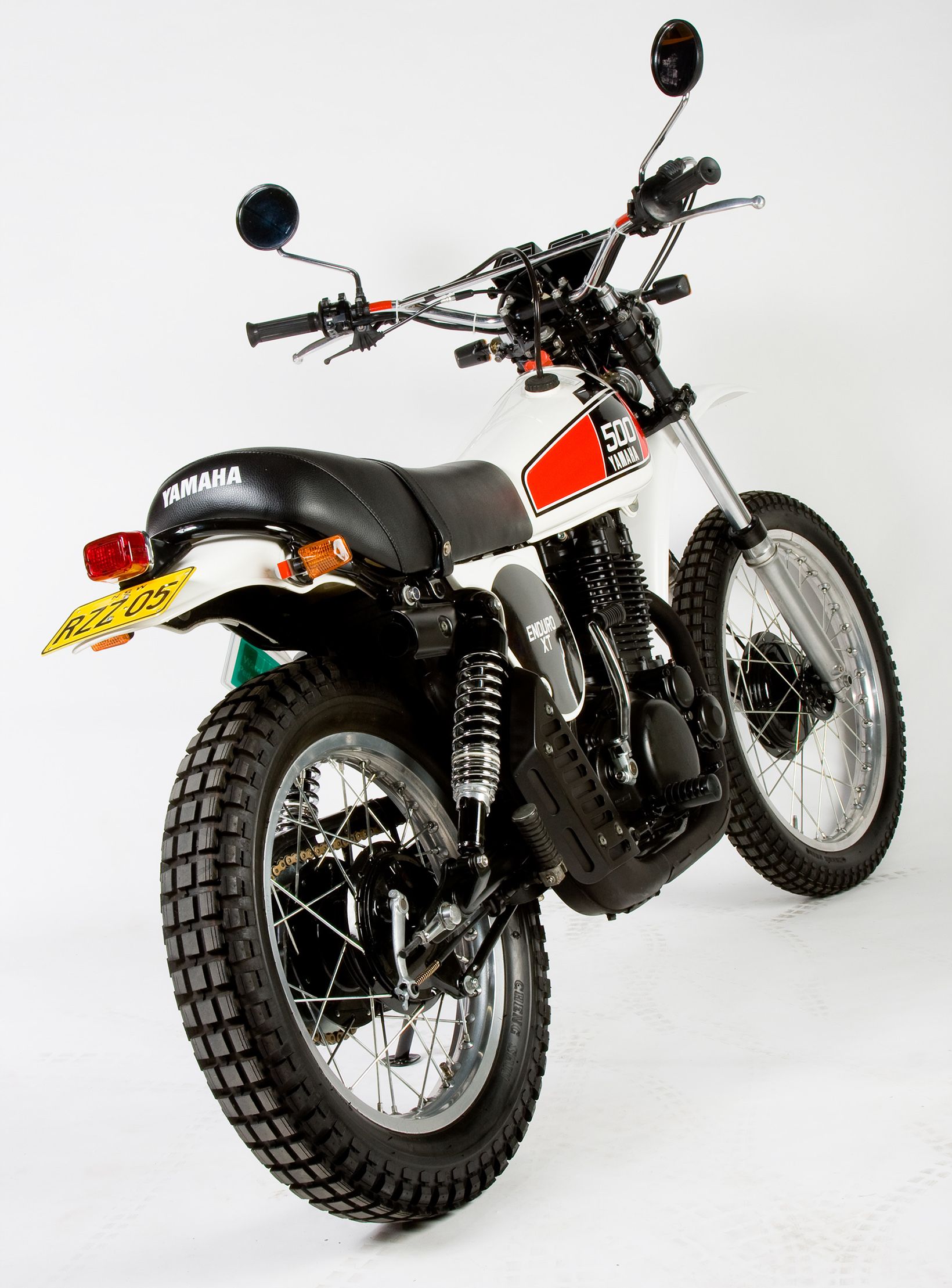 The high-comp single is so reliable it has become a legend.

In 2007 he decided to restore it to its original glory as a 76(C) model. Darryl did about 75 per cent of the work and with a little help from his friends, it took him two years to complete. He also managed to source possibly the only surviving brand-new OEM exhaust. At $1200, you’ll agree that was a bargain. 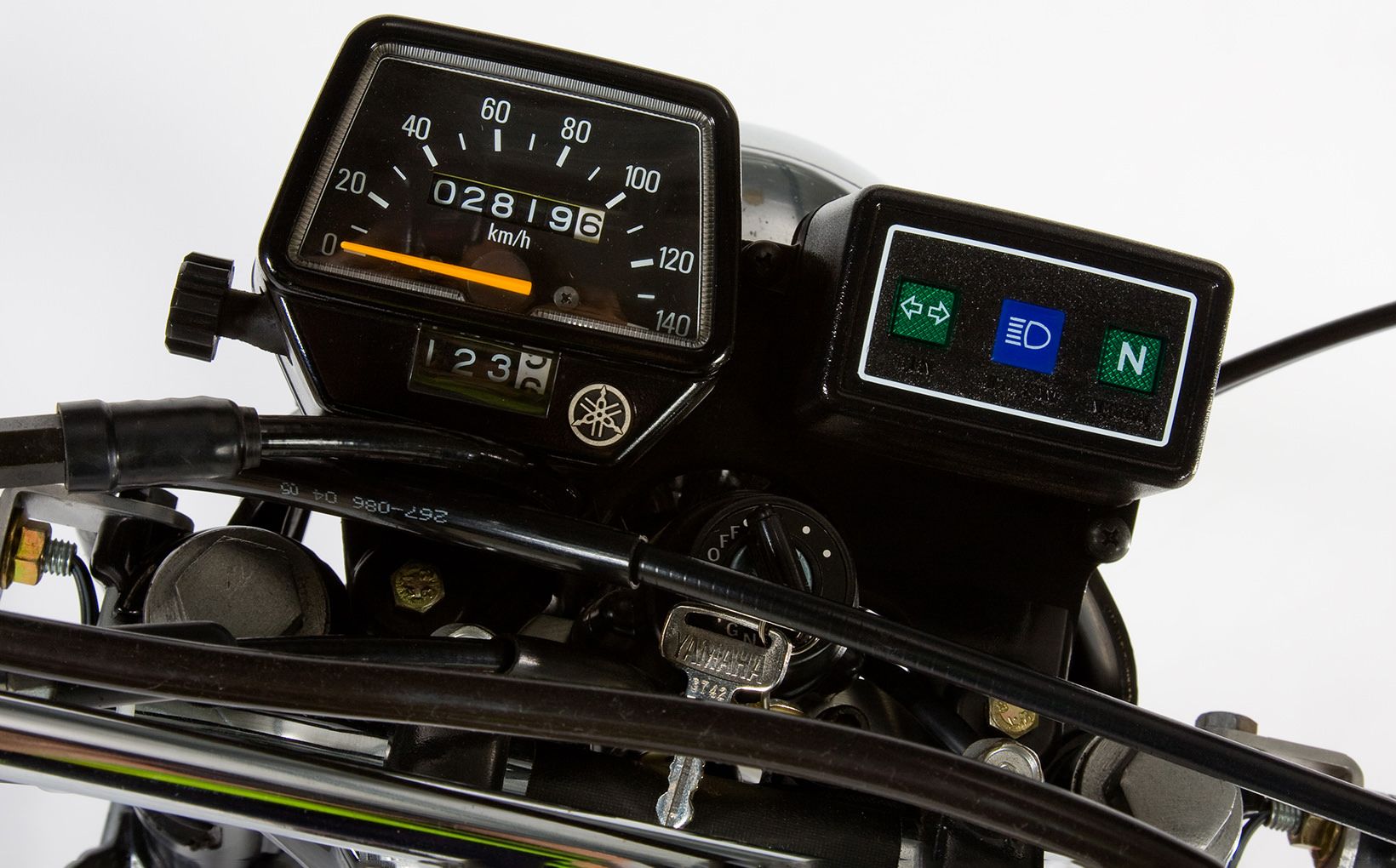 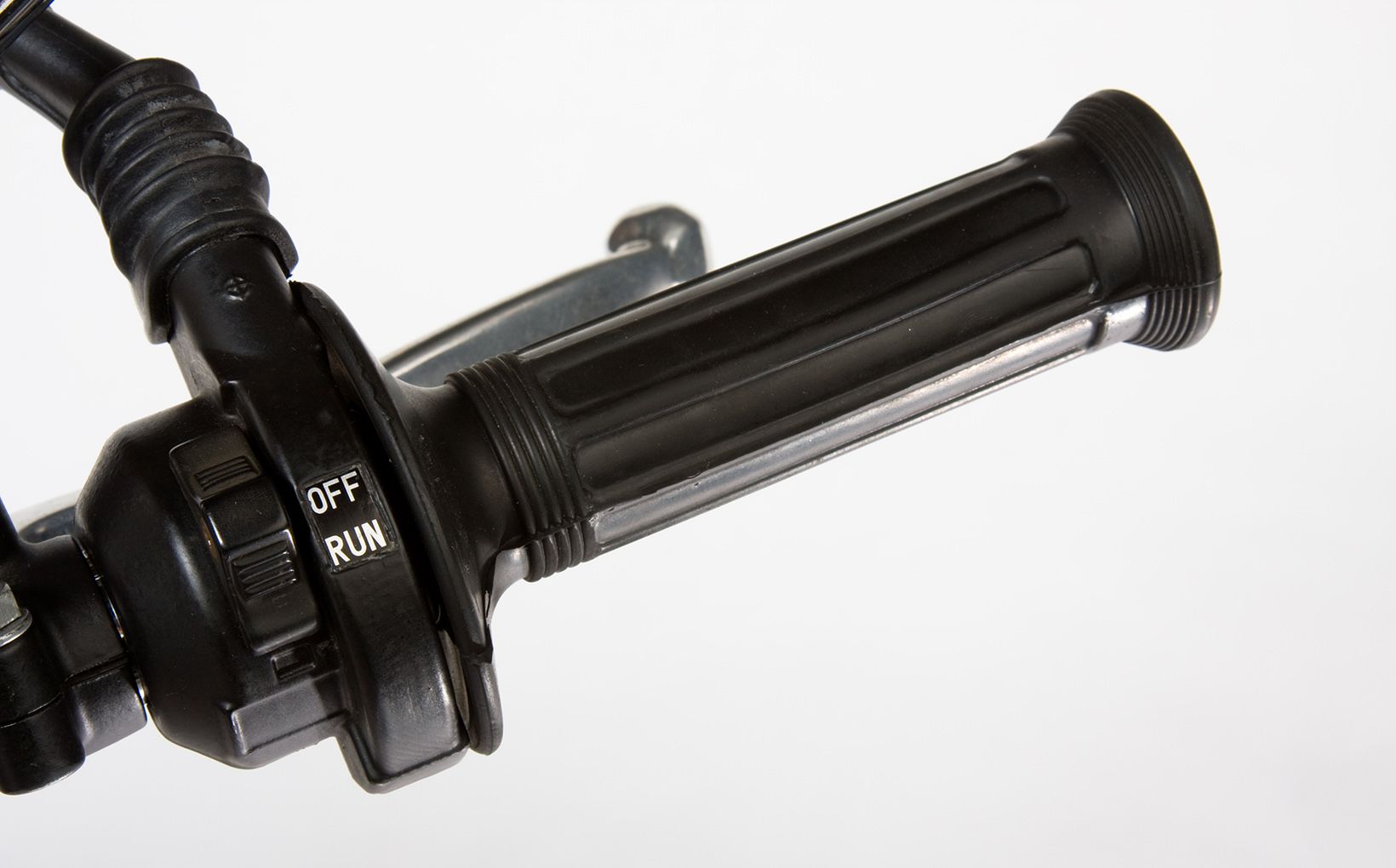 Nowadays though, he admits it only comes out on weekends and will never see the dirt again… Well, it has, after all, served its time in the mud…

We think that’s a fitting tribute to one of Yamaha’s enduring legends. The bike itself is a stunning example and these are the bikes we love to see. Well done mate. 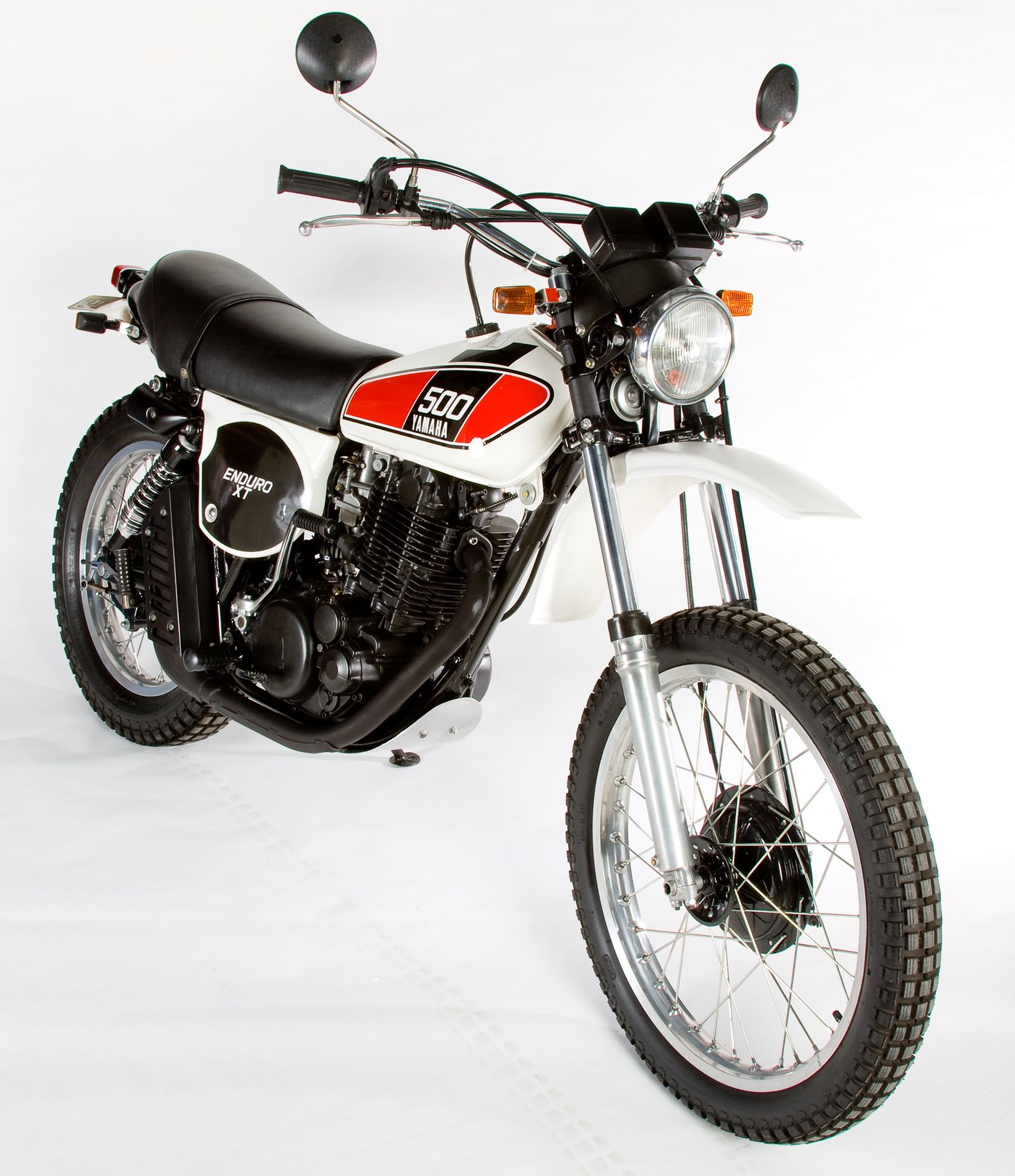 One of the most collectable and value-for-money Vintage Enduro models.

CHASSIS: Steel single down tube with a tubular swingarm