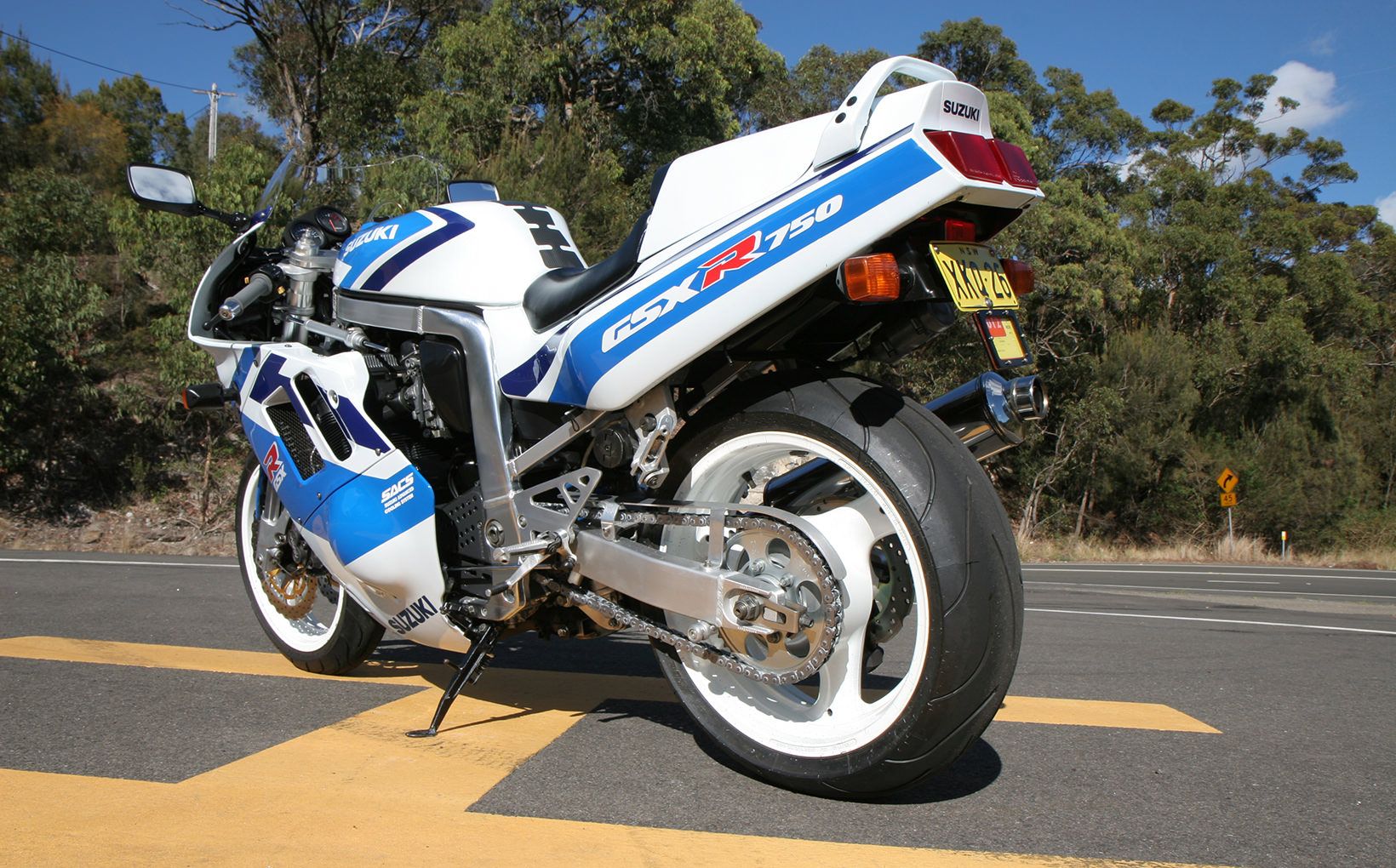 Like most of my early bike memories, my M model experience was etched into my brain during an Old Pacific Hwy, NSW, Sunday morning spin. I was riding my RZ250FN and it was 1992 – winter. It was freezing cold and, being a poor HSC student trying to keep an RZ running on my meagre Austudy money and some odd jobs, I had no cash then for winter gear. So, I remember being particularly freezing on this Sunday. But it was sunny… 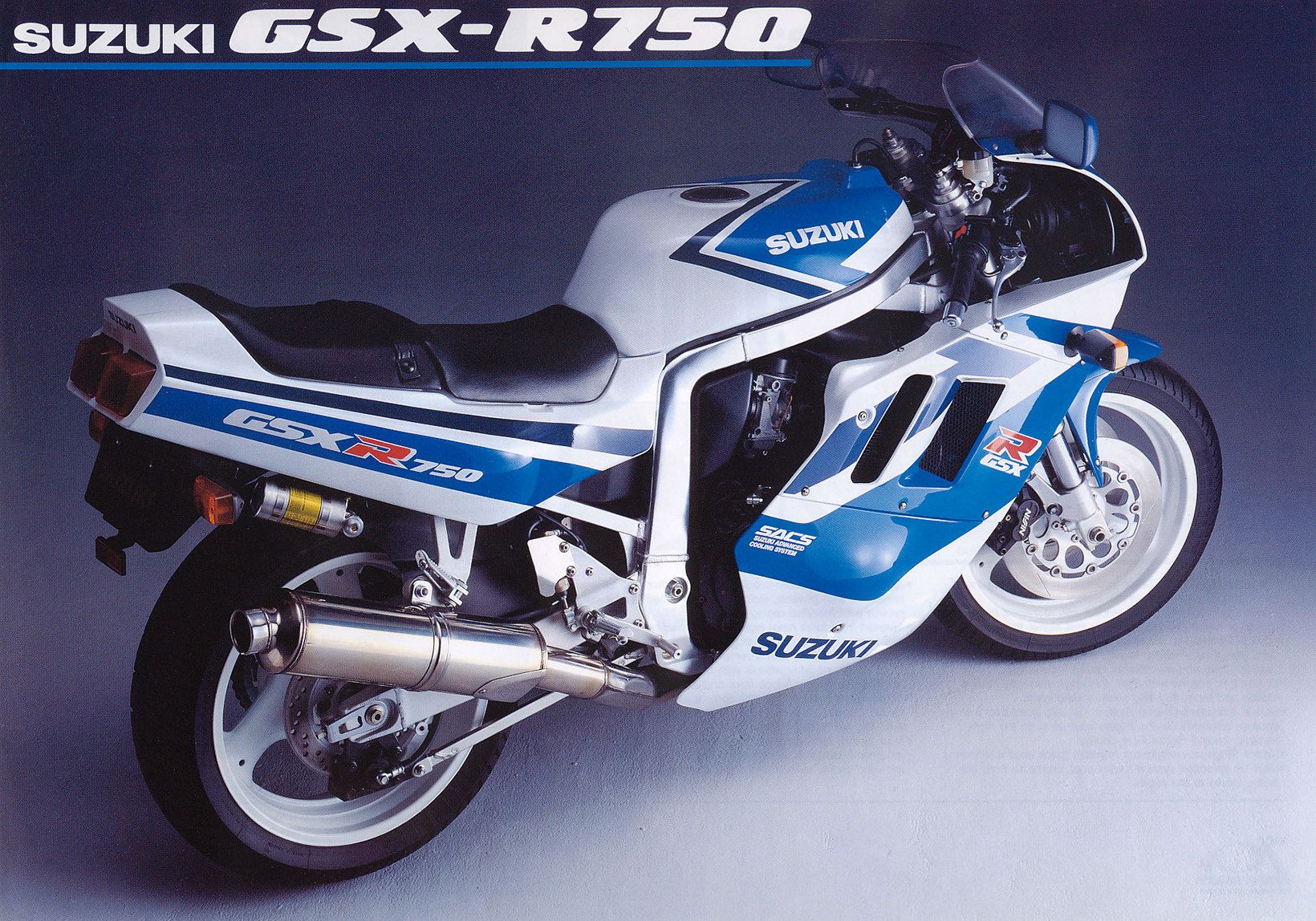 Same styling at the tail as the RGV250M… stunning

GSX-R750Fs and Gs were the most popular bike of the time. They were seven odd years old and pretty affordable for the average rider. Most of my mates rode them. There were a few 1100s around – man, did those things have my respect…

I never liked the J, K or L models. They were ugly and had no appeal to me. But the M model was so, so cool. 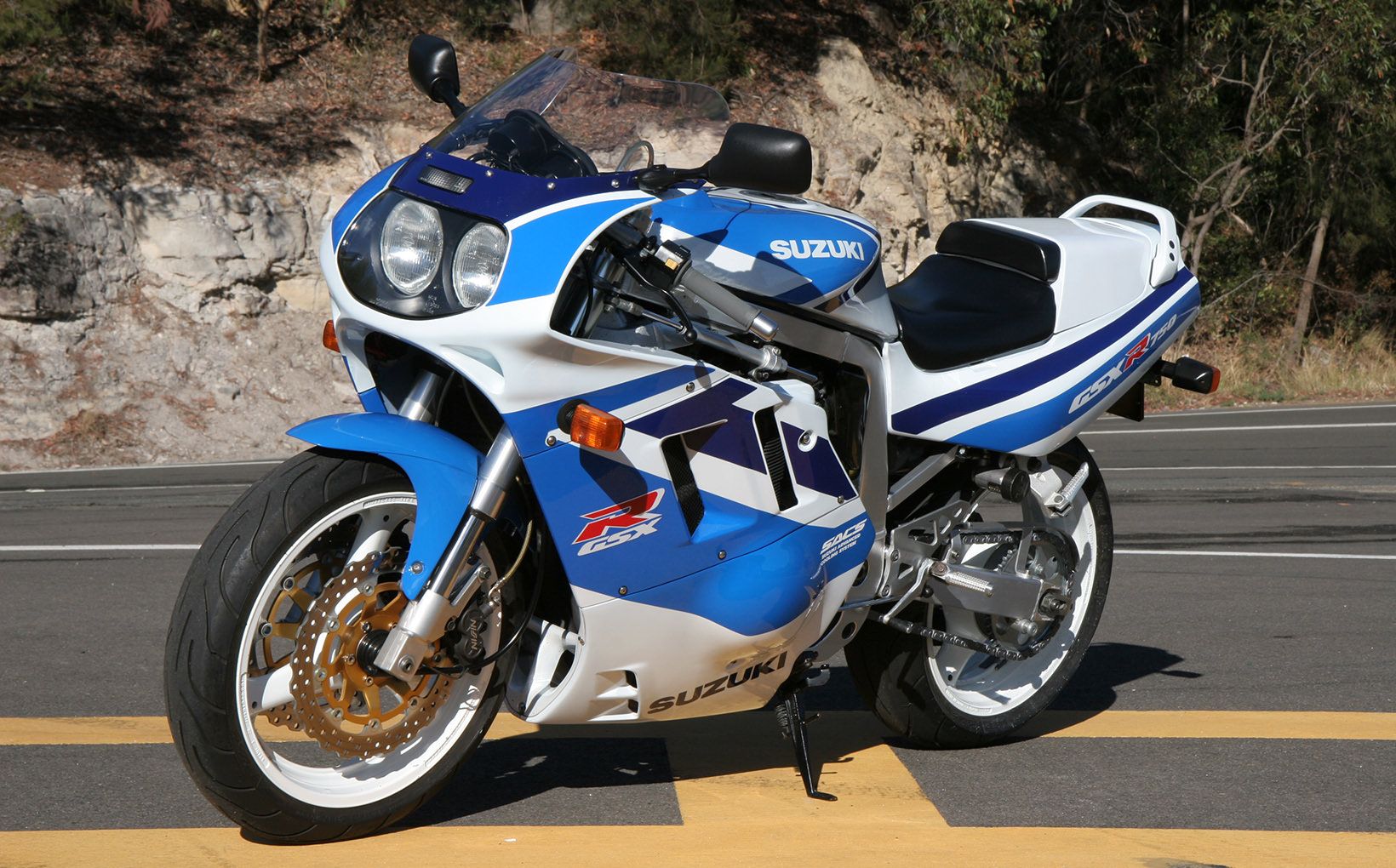 The glass headlights and restyled fairings were a huge hit and still look good over 30-years later.

I was having a good run, keeping the RZ in the powerband and scraping the ‘pegs like any mad 17-year-old, when this blue and white blur went wwwoooaaaa – straight past me like I was standing still. Faaaaark! I pulled up at the old café that isn’t there anymore and saw the bike. I parked and walked over. The huge stainless steel exhaust ticking… melted Michelin Hi Sport tyres still warm. 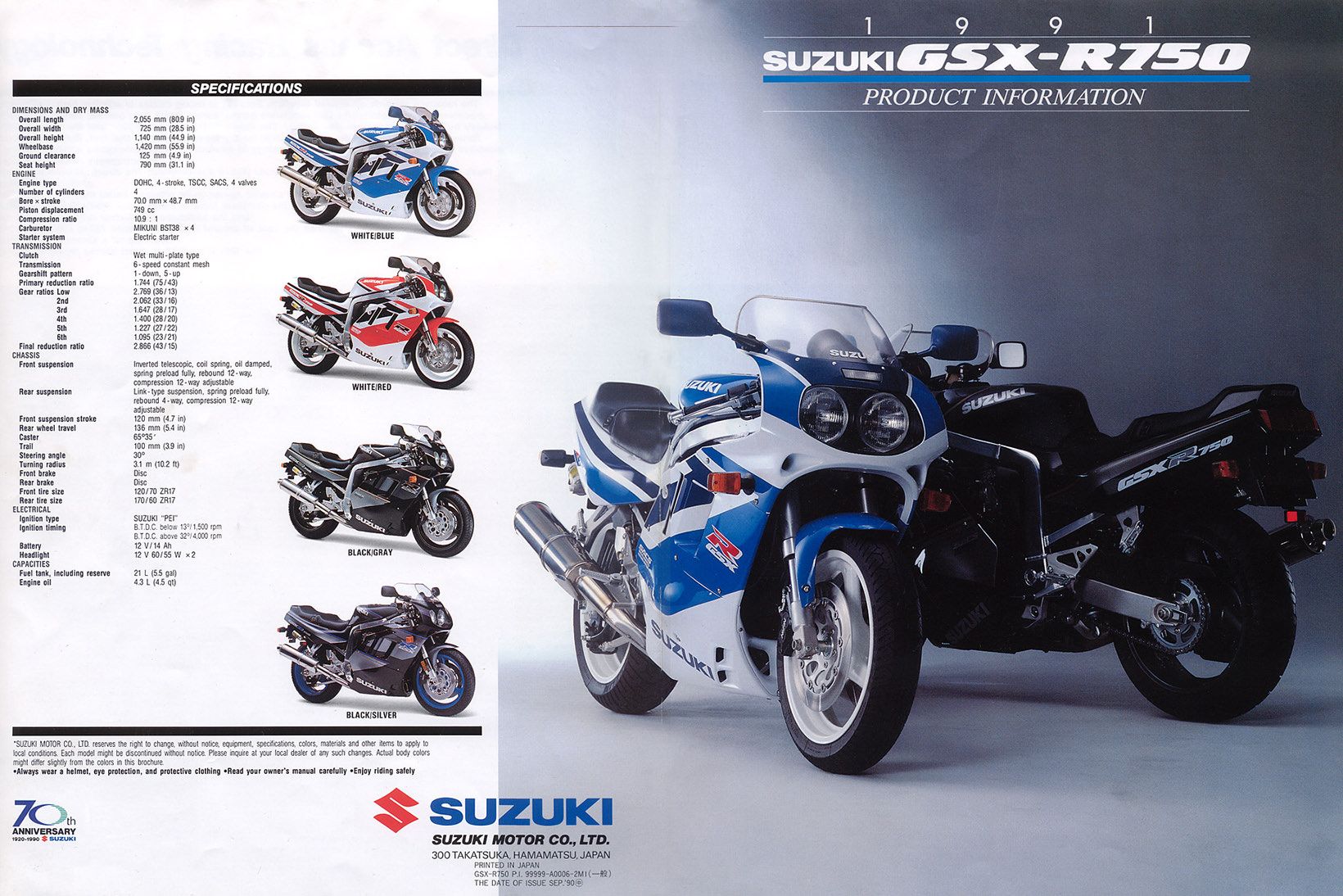 Unless it is a blue/white or red/white I’m not keen.

I sat down and lit a fag. No money for coffee or a drink back then… I picked up an old bike mag that was in the pile there for customers to read and there it was – a launch report from the year before on the M model GSX-R. I read about the bike, but I was too nervous to talk to this legendary owner who had just blown me off the road with his speed… 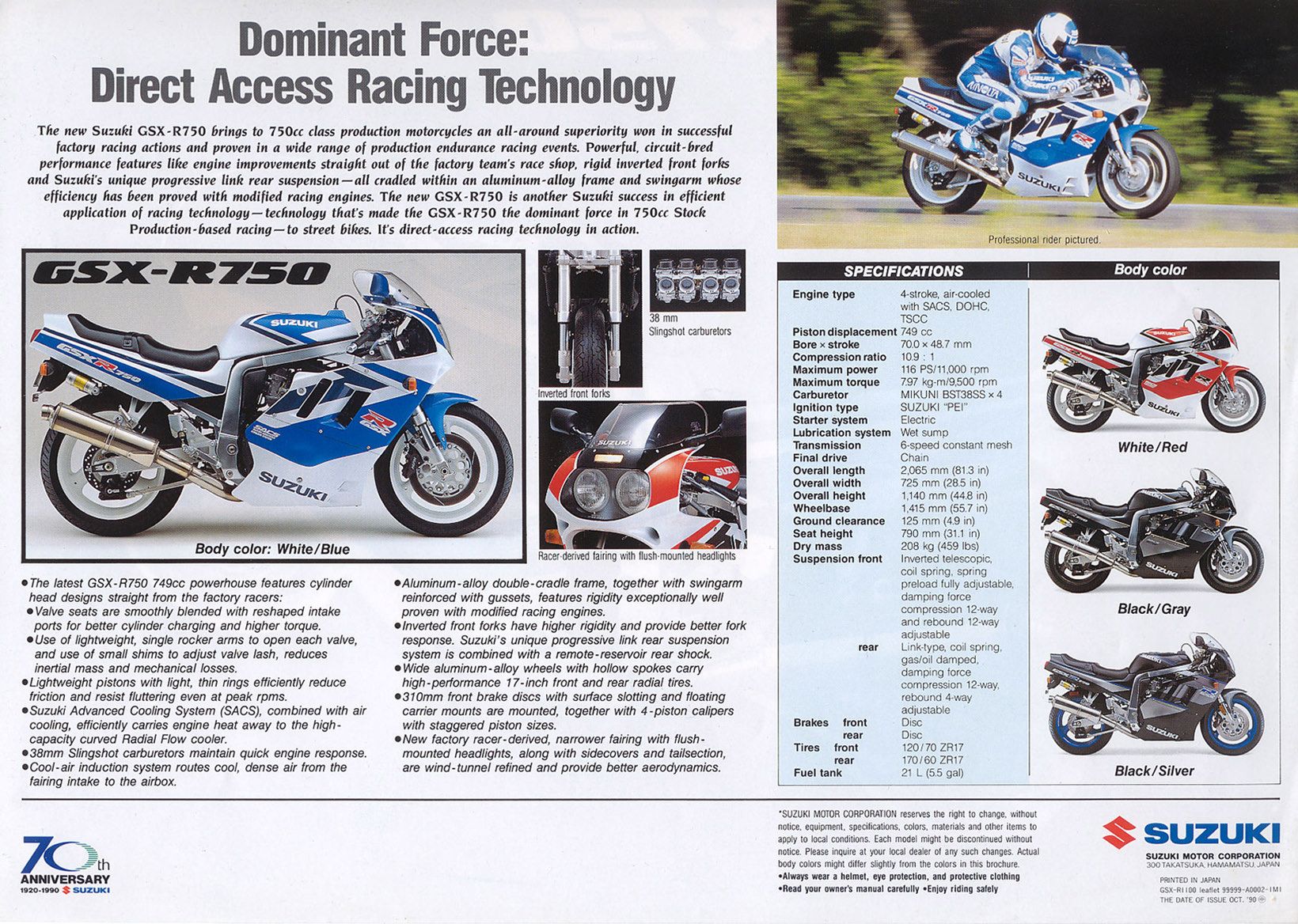 The M went back to the mighty long stroke motor.

WHAT MADE IT SPECIAL…

Sure it was porky – 15kg heavier than the 1990 L model but, that modern glass headlight, slimmer rear cowl with trick twin taillights, shim valve adjustment and a massive 170-section rear tyre just turned the bike into a modern classic…

Like to own one? Hell yeah. But they are hard to find. Not many ended up on the track but plenty were crashed on the road or butchered into streetfighters or 7/11s (750 with 1100 engine). But I would love an original blue and white one in my shed. For sure…

WHAT ARE THE CHANCES…

Slim. I rarely see one for sale yet go back 15-years and they were everywhere. But now, getting on 31-years later, they are virtually non-existent. Or locked away in a shed. Couriers loved them so finding an example with less than a million kilometres on the clock would be tough… 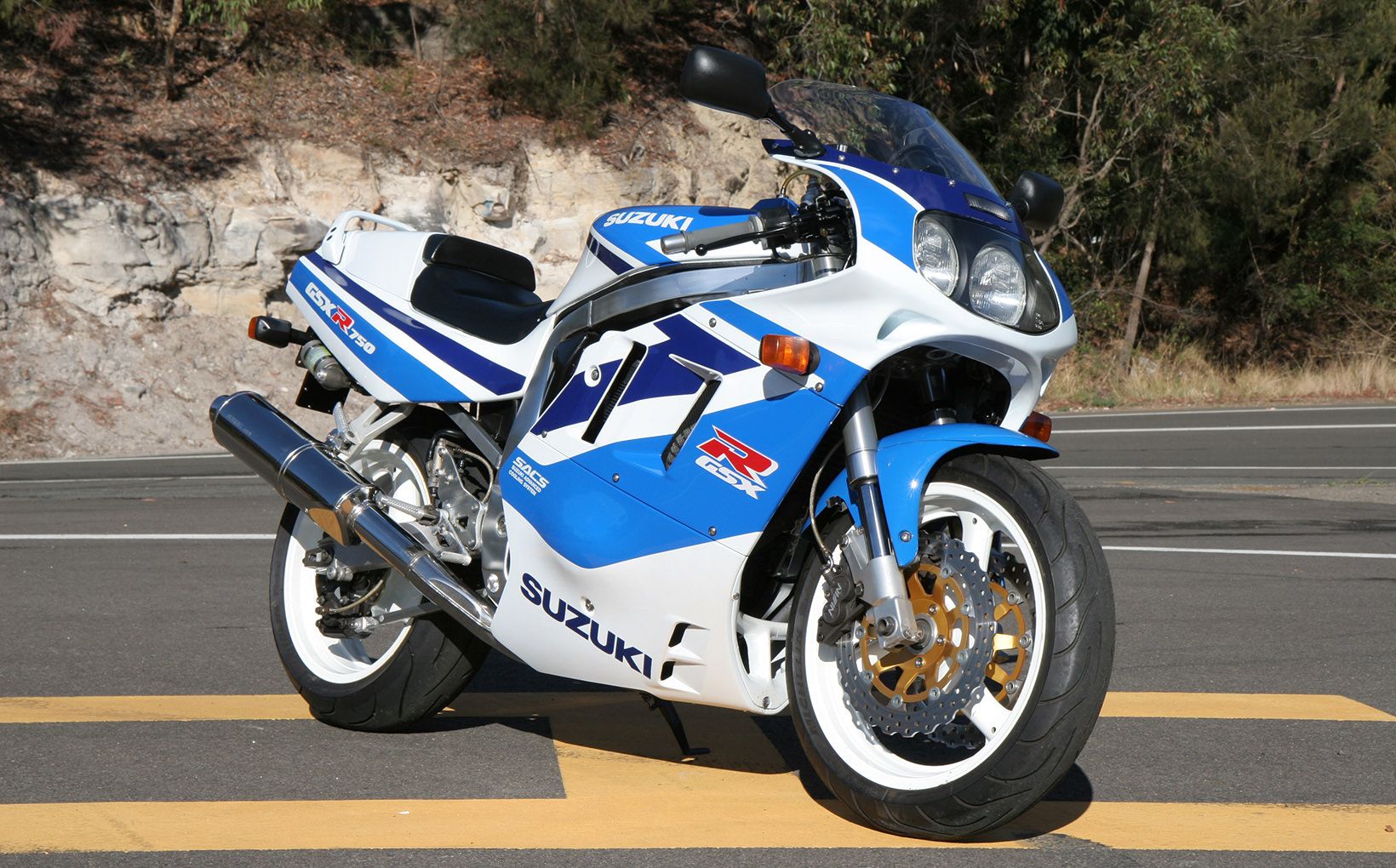 Single seat cowl is a rare site. They look great with them.